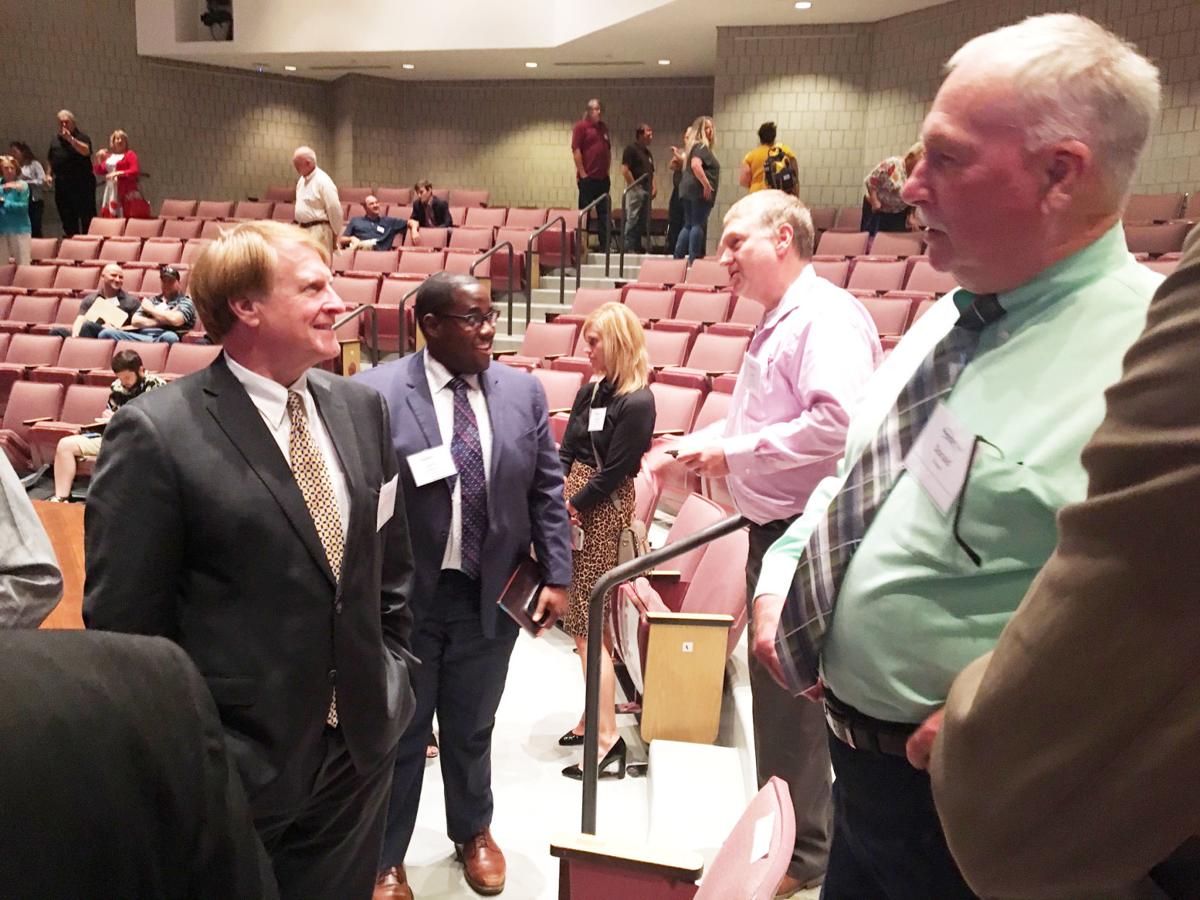 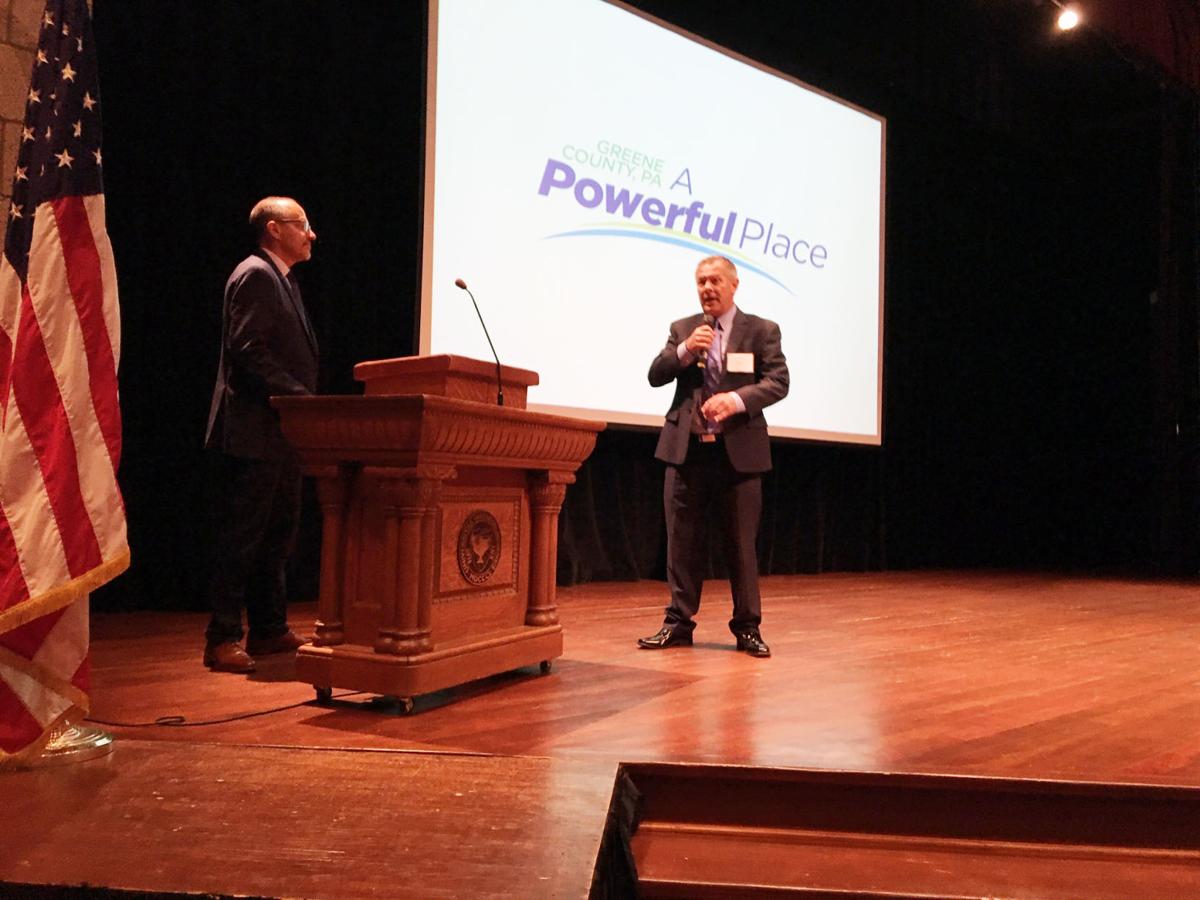 The day after Labor Day, organizers of a new branding and marketing campaign unveiled the fruits of their labors related to development. It’s titled “Greene County – a Powerful Place,” complete with a logo emphasizing “powerful.”

Energy – natural gas and other bountiful forms – is the impetus behind the marketing, which was on display during a program at Waynesburg University. An energetic audience of about 80 attended the event inside the auditorium in Goodwin Performing Arts Center, which included elected officials, energy executives and development officials.

Allegheny County Executive Rich Fitzgerald was on hand, as well.

They listened to a half-dozen speakers, watched a two-minute film and picked up a spiffy brochure – both titled “There’s More to These Hills Than Meets the Eye” and produced by Canonsburg-based Melone Advertising Group.

Greene County, of course, is a prolific source of natural gas, a circumstance that probably hasn’t been as celebrated as it has been in neighboring Washington County.

Since the shale boom began in Pennsylvania about a dozen years ago, Greene and Washington have been among the top producers statewide. Greene also is a longtime coal producer – and still is, despite the industry’s precipitous decline.

Jamie Protin, project director for Mackin Engineering, ran the event at an efficient pace. One of the first speakers he introduced praised Greene for “being in a unique position to power the region.”

That was Denise Brinley, executive director of the Pennsylvania Governor’s Office of Energy. She said the state “has played a role in every form of energy in the nation. Now it’s natural gas from the third-largest basin (Marcellus) on the planet, which positions the United States for the future.

“Pennsylvania is well positioned, and with everything Greene County has, you will emerge as a leader in home-grown energy.”

Brinley was one of two speakers who touted the Tri-State Shale Coalition, an agreement among Pennsylvania, West Virginia and Ohio that was forged in 2015 for the mutual benefit of communities in all three.

Jerry Tompson of Pittsburgh-based MARC USA said there is a proposal to form “a major university resources network” in the states comprising the coalition. “We have the resources, all of the ingredients to make this go.”

Coal was a focal point when Zach Smith, manager of external affairs for CONSOL Energy, stepped to the podium. His company operates the Pennsylvania Mining Complex, the largest underground coal mine complex in North America. It spans Greene and Washington counties and consists of the Bailey, Enlow Fork and Harvey mines.

Smith began by lamenting the death of a miner at Enlow Fork last Thursday night, following a wall collapse. He said CONSOL is committed to coal, adding “It will be part of our future.”

“Everyone knows the challenges,” he said. “But we will continue to pursue all aspects of the coal-life process. We want the people we hire today to retire from our company.”

Before introducing the brief film and closing the program, Protin spoke briefly about “the most important piece of infrastructure we have.” That would be the Monongahela River, which separates Greene from Fayette County, Washington from Westmoreland.

“It runs from Cheat Lake to Pittsburgh,” he said. “There’s more to these hills than meets the eye in Greene County.”