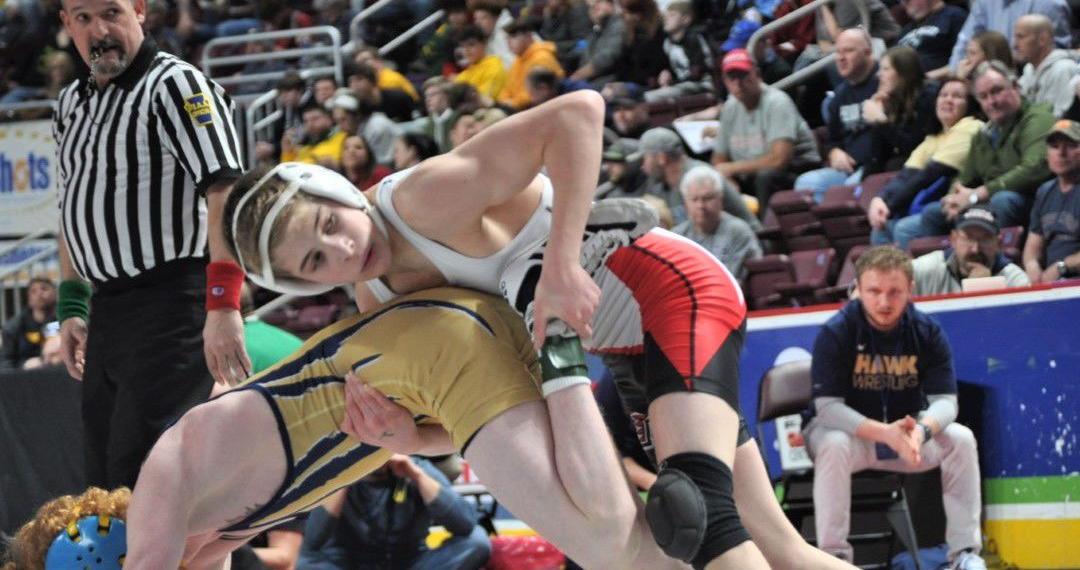 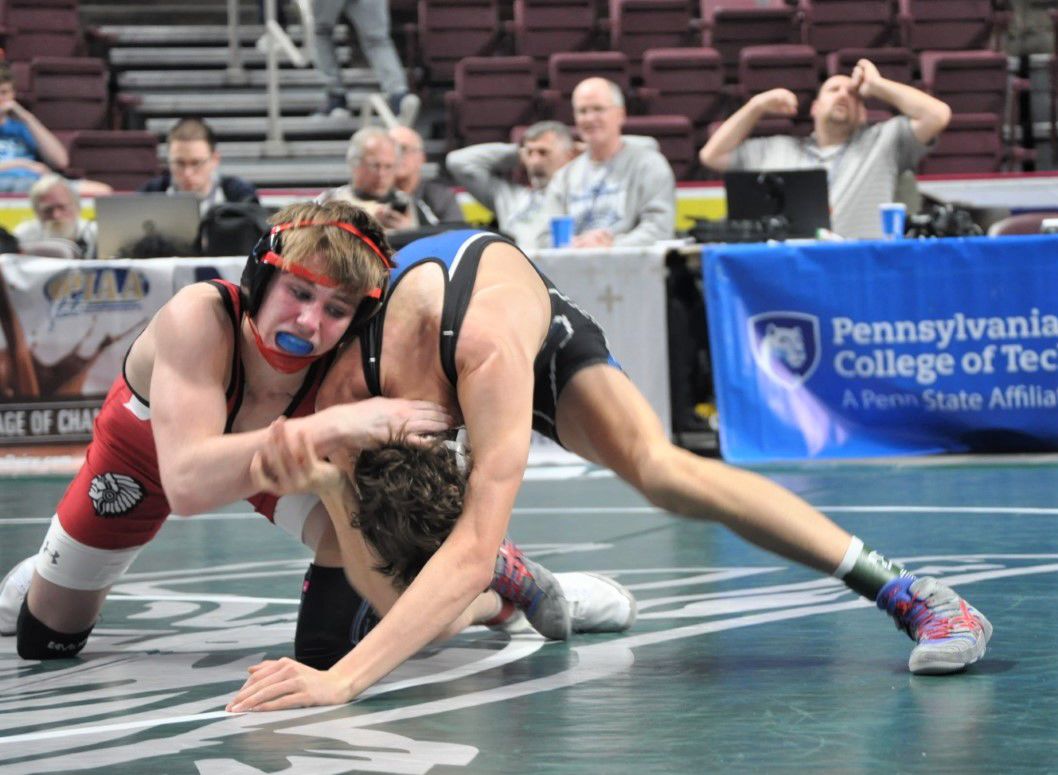 Rocco Welsh, left, of Waynesburg controls Arik Harnish of Lampeter-Strasburg in the 126-pound class of the PIAA Class AAA Championships in Hershey Thursday.

Rocco Welsh, left, of Waynesburg controls Arik Harnish of Lampeter-Strasburg in the 126-pound class of the PIAA Class AAA Championships in Hershey Thursday.

HERSHEY – This tournament doesn’t ask for your best effort.

Those willing to give it are, more times than not, rewarded with great victories.

Just like Waynesburg sophomore Cole Homet was on the first day of the PIAA Class AAA Wrestling Championships at the Giant Center in Hershey.

Homet a third-place finisher in the WPIAL Championships last week, upset the second seed in the 132-pound weight class, Mike Sarbo of Altoona, a Northeast champion with a 35-3 record after a 9-6 loss to Homet Thursday.

“Oh, I love it,” said Homet. “There is something about this tournament that just turns me on.”

Homet’s win was one of many dominating performances by area wrestlers.

Returning state champion Gerrit Nijenhuis, a senior at Canon-McMillan and a Purdue recruit, pinned Dave Marnell of Strath Haven in 1:43.

And maybe the most gutsy effort came from Cole Weightman of Belle Vernon, who trailed T.J. Moore of Cedar Crest, 4-3, with about eight seconds remaining before turning and pinning him in 5:57.

Weightman was in severe pain from an injured shoulder.

Homet draws Herrmann in today’s quarterfinals at 2 p.m. Semifinals are at 9 a.m. Saturday and finals are at 7 p.m.

Homet came into his bout with a 40-13 record and left with one of his biggest victories.

“I was beat, really tired. Mentally, I just kicked it in,” he said. “I just put it in another gear. I didn’t think I had him at any time. I ran through his hips, had him on his back and I was like, ‘That was good.’”

“We feed off of each other,” he said. “I’m around winners all day. God has given me this opportunity and I’m going to use it.”

“I love the sport and I want to win,” he said, “but it doesn’t really matter in the big picture. I go out and try to have fun and whatever happens, happens.”

Nijenhuis ran his record to 44-0 with the pin of Marnell. He faces Joey Milano of Spring Ford in the finals. The second-place finisher in the Southeast Region has a 44-2 record.

“I’m not trying to think of this tournament any differently than I have in the past,” Nijenhuis said. “If I wrestle the way I can wrestle, then I’ll come away with a state title. That’s all I want to think about.”

South Fayette’s Eli Brinsky came away with his first win in Hershey, 7-1, over Lance Urbas of State College. He gets Dylan Reinhart of Gettysburg, a Southcentral champion with a 47-2 record.

All five Waynesburg wrestlers – Church, Welsh, Homet, Wyatt Henson and Luca Augustine – are still in the hunt for a gold medal. The Raiders are in third place in the team standings behind Nazareth and Bethlehem Catholic.