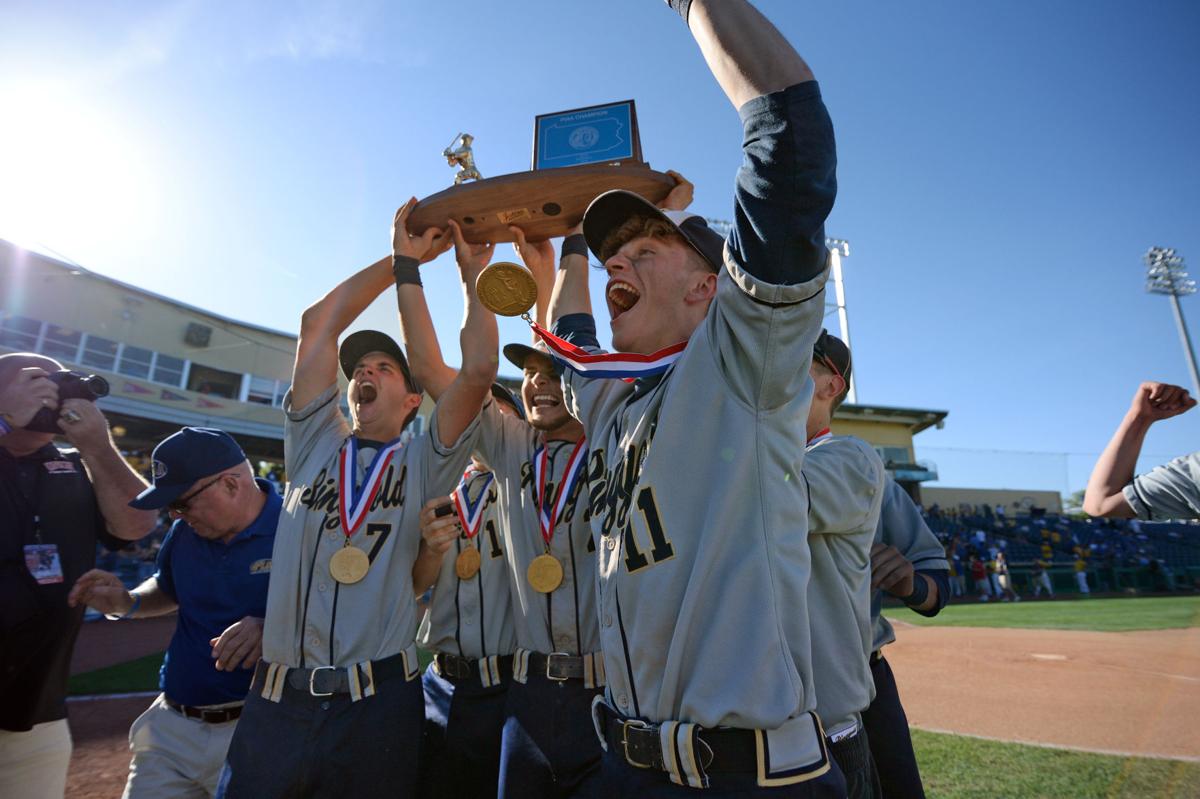 Ringgold celebrates a 6-4 win over Valley View in the PIAA Class 4A championship game at Penn State Thursday. 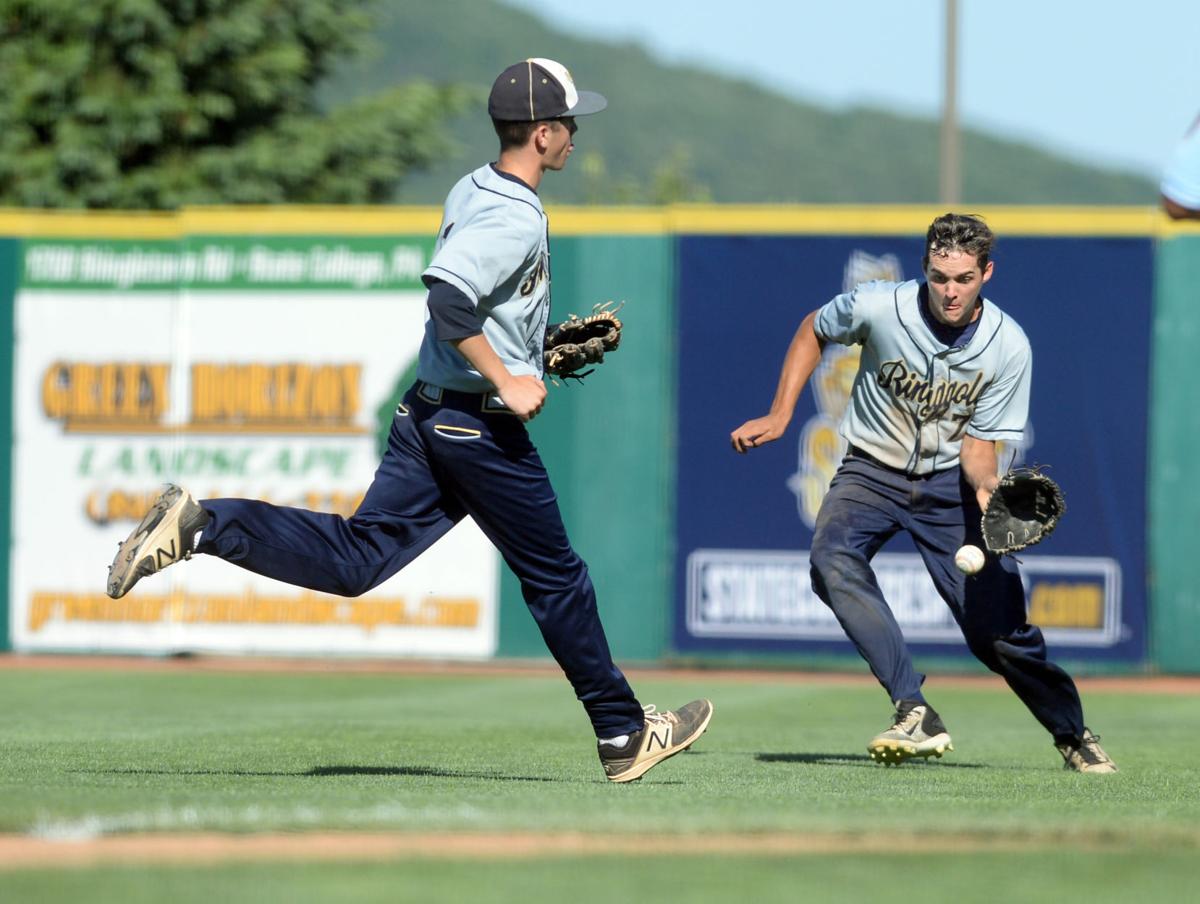 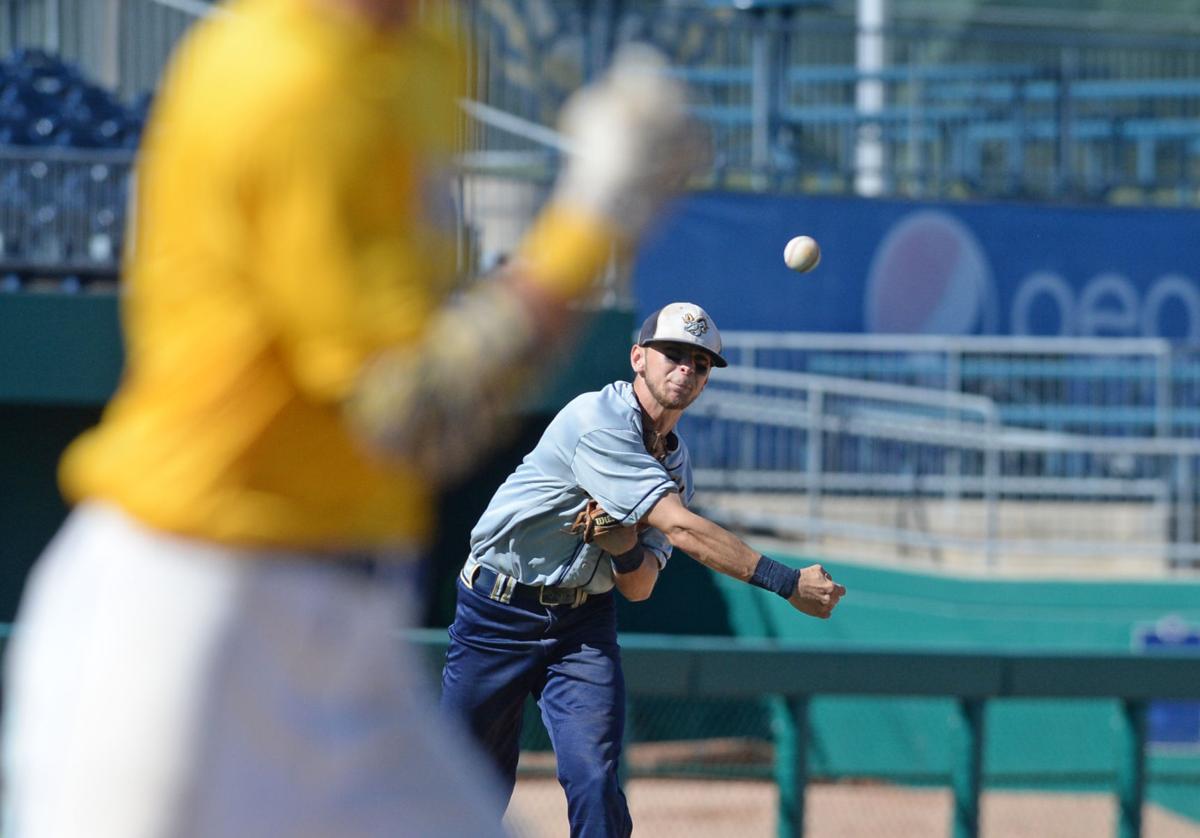 Ringgold’s Ryan Varley makes the throw to first against Valley View during the PIAA Class 4A championship game Thursday at Penn State.

Ringgold celebrates a 6-4 win over Valley View in the PIAA Class 4A championship game at Penn State Thursday.

Ringgold’s Ryan Varley makes the throw to first against Valley View during the PIAA Class 4A championship game Thursday at Penn State.

STATE COLLEGE – The dream season is a dream no longer.

The Ringgold Rams, who just a little more than a year ago were looking for a new coach, were looking for teammates to hug Thursday afternoon at Medlar Field in Lubrano Park on the campus of Penn State University.

The Rams rallied from a 3-0 deficit in the first inning and came away with a 6-4 victory over Valley View in the PIAA Class 4A championship game.

It was the first state title for Ringgold’s program and capped a season that produced a 20-4 record.

“It’s hard to talk about because it’s so overwhelming,” said Ringgold head coach Don Roberts. “I’m just super, super happy. Those guys played great. They got it done man, a great comeback after being down three runs. I’m so proud of them.

“It’s phenomenal. It’s great for our school, huge for our community and I think it’s good for the WPIAL. A lot of people were rooting for us and behind us. It’s great to bring this trophy back.”

Starting pitcher Josh Peters, a reliever for most of the season, got out of a shaky first inning and allowed only one run over the next 4 2/3 innings. Valley View, the District 2 champion, was sitting on Peters’ fastball, which was up in the zone.

Kyle Cwalinski redirected one of those fastballs to the right-field gap for a bases-loaded triple that made it 3-0 before Ringgold even had a chance to bat.

And there might have been more than a couple nervous looks when Valley View loaded the bases in the second. But a 6-4-3 double play ended the threat.

“Josh was leaving too many pitches letter high,” Roberts said. “After that, he made the adjustment and stayed low with his pitches. They were having trouble hitting the curveball so the plan after that was to pitch backward, throw a lot of curves because they were sitting on the fastball.”

Peters, who celebrated a birthday Wednesday, gave way to reliever Jake Mullen with two outs in the sixth inning when he reached his pitch count limit. Mullen, who has the best curveball on the team, went 1 1/3 scoreless innings for the save.

“We have so much heart,” Bubash said. “We know everyone like the back of our hands. This medal is so heavy, it’s weighing down my neck. I’m going to put this medal right by my bed and look at it every day and cherish it.”

Valley View (15-5), located just outside of Scranton, will have a long offseason, wondering what might have been. The Cougars had 11 hits and left 12 runners on base.

“We stranded 12 runners. That’s baseball. What are you going to do?,” said Valley View head coach Jason Munley. “If we could have come up with some timely hits, we would have been on the other side. … Ringgold was the best hitting team we saw all year.”

Valley View starter Mason Black, who committed to Lehigh, allowed five runs and nine hits in five innings. Black had given up only six runs all year entering the finals.

For Roberts, this season is extra sweet. He took over the head coaching duties three games into last season after the previous coach was fired after it was learned that there was misconduct by players during a trip to Florida.

Roberts had coached in the system but not at the time he was hired.

“It wasn’t easy bringing in a whole new coaching staff,” said Roberts. “I know a lot of these kids from teaching in the school. We gelled pretty quick.”