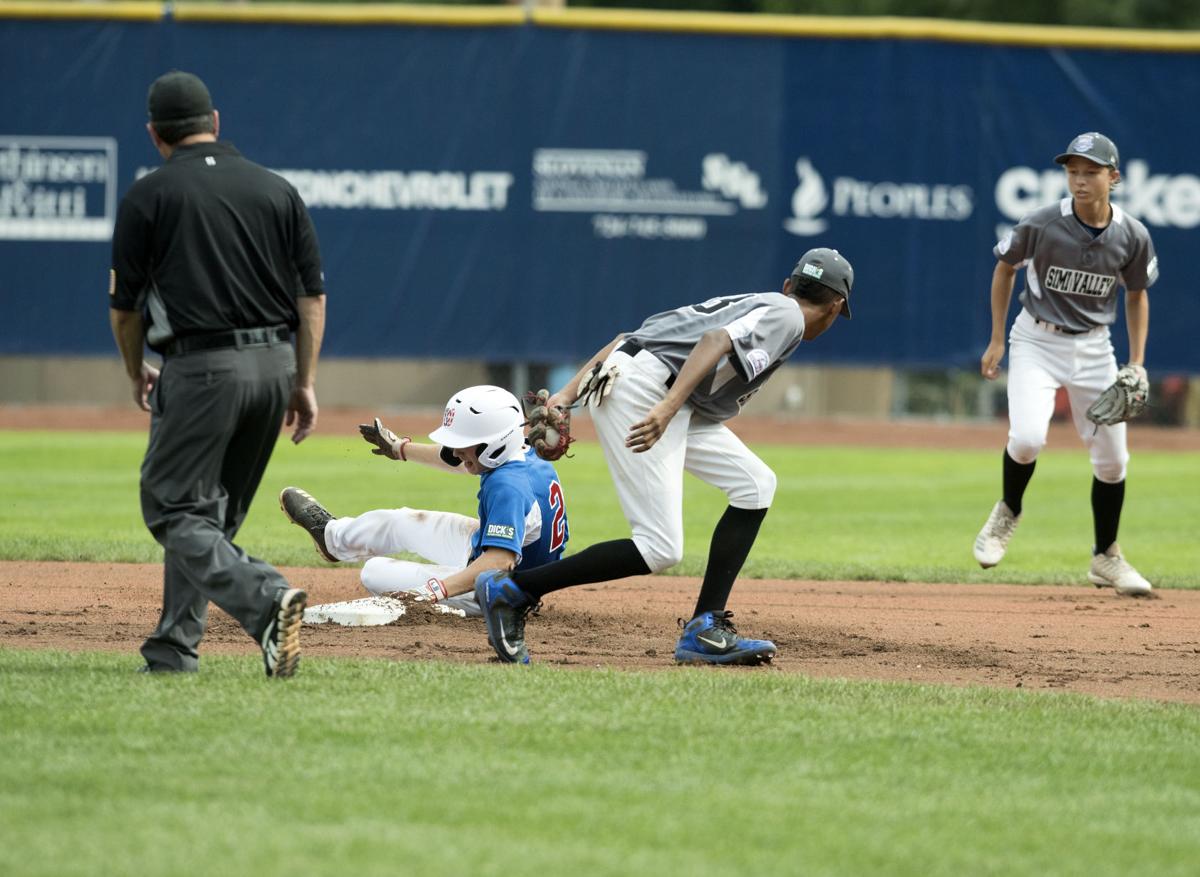 Washington County’s Connor Helbling is tagged out by against Simi Valley’s Ethan Pena in the Pony League World Series at Lew Hays Pony Field in Washington on Tuesday, August 13, 2019. 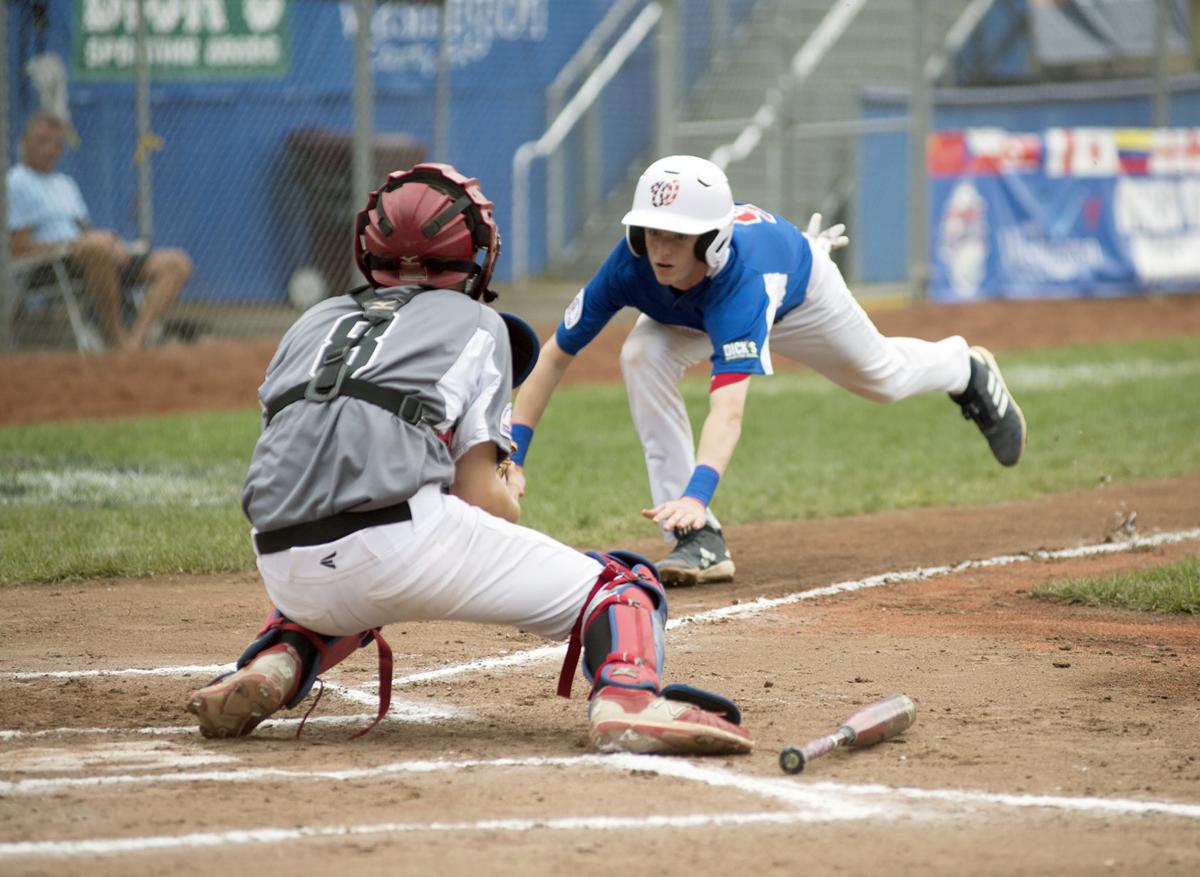 Washington County’s Mason Fixx is about to be tagged out by Simi Valley’s Lander Sawyer in the Pony League World Series at Lew Hays Pony Field in Washington Tuesday.

Washington County’s Connor Helbling is tagged out by against Simi Valley’s Ethan Pena in the Pony League World Series at Lew Hays Pony Field in Washington on Tuesday, August 13, 2019.

Washington County’s Mason Fixx is about to be tagged out by Simi Valley’s Lander Sawyer in the Pony League World Series at Lew Hays Pony Field in Washington Tuesday.

But Bay County struck for two runs in the bottom of the sixth and handed Washington its first loss.

With the team now facing elimination against Simi Valley, Calif., Tuesday, things didn’t get much better early on. With two outs in the bottom of the first, Washington trailed Simi Valley 5-1.

Then the rains came, and an unusual day at Lew Hays Pony Field ended with the second game being suspended and the remaining two games getting pushed to today. The Washington-Simi Valley game will resume at 3 p.m. today.

The day’s first game between Youngstown and Arecibo, Puerto Rico, was scheduled for 10 a.m., but didn’t begin until around 1:30 p.m. Washington’s game started long after its initial start time of 12:30 p.m.

For manager Ben Miller, the weather could give his team a necessary reprieve to save its tournament.

“I actually think the weather is going to help us,” Miller said. “It cancels some of the momentum that (Simi Valley) had. It’s unfortunate for them, but I actually think it’s going to end up benefiting us in the long run.”

Washington County drew first blood within three batters. After a single and a botched fielder’s choice put runners at the corners, Conor Helbling came in to score on an error by shortstop Ethan Pena. Simi Valley had an answer, however, with five runs in the bottom half of the inning, the last two coming on a double by Luke Gill.

“On the bases, we weren’t running very smart,” Miller said. “On the mound, we didn’t necessarily have our best stuff. But that’s baseball. We still have six innings to play.”

The rain might be a positive for Washington, and also might have a reverse effect on Simi Valley, which had the momentum halted because of the delay and subsequent suspension. Manager Ken Gill, however, wasn’t discouraged that his team’s hot start must take a pit stop before it can resume.

“Listen, it’s part of the game,” he said. “You have to anticipate these things. I’ll be honest with you, we did anticipate some weather situation today. I explained to my boys that we don’t control that. We (had) no way other than to come out at the beginning of this game and try to take control.”

Washington County’s offense is certainly capable of overcoming a four run deficit. In three World Series games, Washington has scored 38 runs, 11 of which came in its 11-1 win over Simi Valley Sunday in the first meeting between the two teams. For Miller, continuing to have quality at bats, as well as not making mistakes on defense, will be essential for Washington’s hopes of a comeback.

“We’ve done a really good job all tournament of controlling what we can at the plate,” he said. “Then defensively, just making routine plays. If we catch ground balls and put up good at bats, I’ll take our chances.”