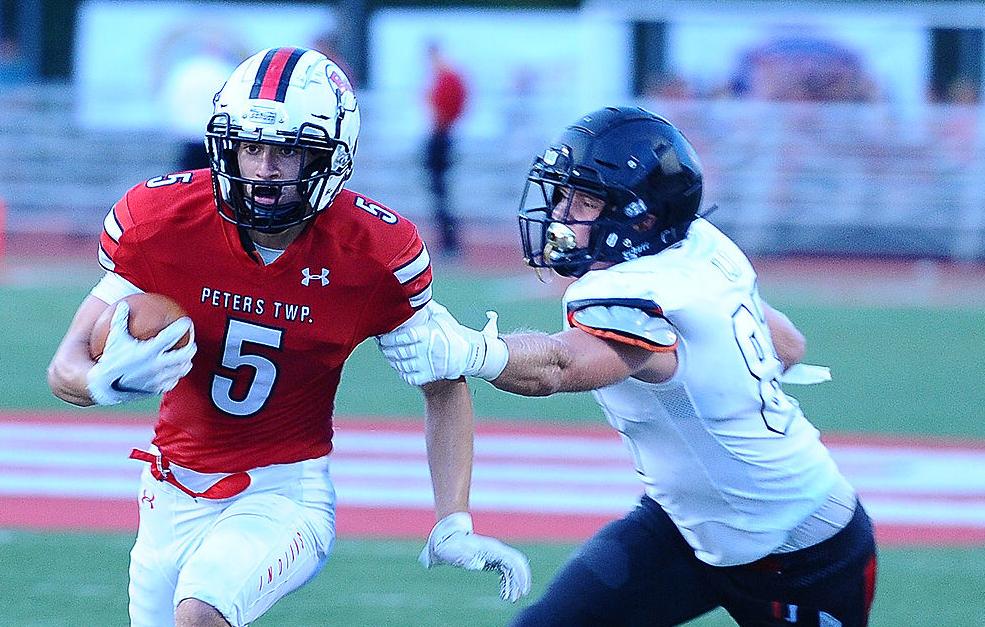 Peters Township High School wide receiver and defensive back Josh Casilli was one of 10 WPIAL players selected Wednesday for the Big 33 Football Classic.

The annual all-star event between Pennsylvania and Maryland will be held May 25 at Landis Field in Harrisburg.

“Coach (T.J.) Plack told me he nominated me for it after the season,” Casilli said. “I kind of forgot about it until I went on Twitter today. It was a nice surprise. It’s truly an honor.”

Casilli, a Penn recruit, helped lead Peters Township to its first ever WPIAL championship appearance as a senior this past season. The Indians lost to Gateway in the Class 5A title game, 21-20.

An Observer-Reporter Fabulous 15 member each of the past two seasons, Casilli had 49 receptions for 934 yards and 15 touchdowns this year for Peters Township. He finished with 358 yards and five touchdowns on 31 carries out of the Indians’ wildcat offense and intercepted four passes from his cornerback spot.

Casill could be leaving for Penn as early as July and said he’s excited strap up the shoulder pads one time before getting there.

“I’m excited to start fresh and new, battle for my position,” he said. “I am having some withdrawal right now watching (current members of the Peters Township football team) lifting and going through their offseason workouts.”

Casilli said he knows Gateway’s Tui Brown from playing him in the championship and is friends with Central Catholic’s Gusty Sunseri, two other WPIAL players selected as part of the Pennsylvania team.