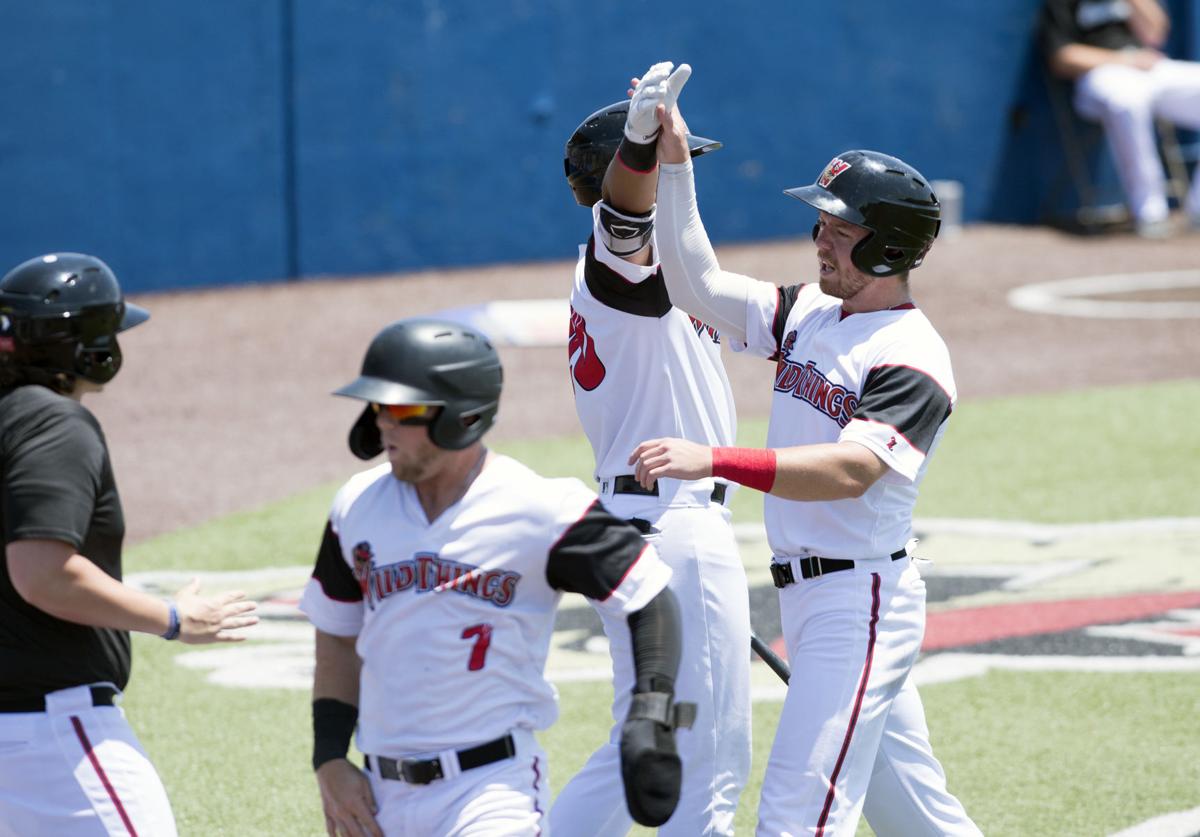 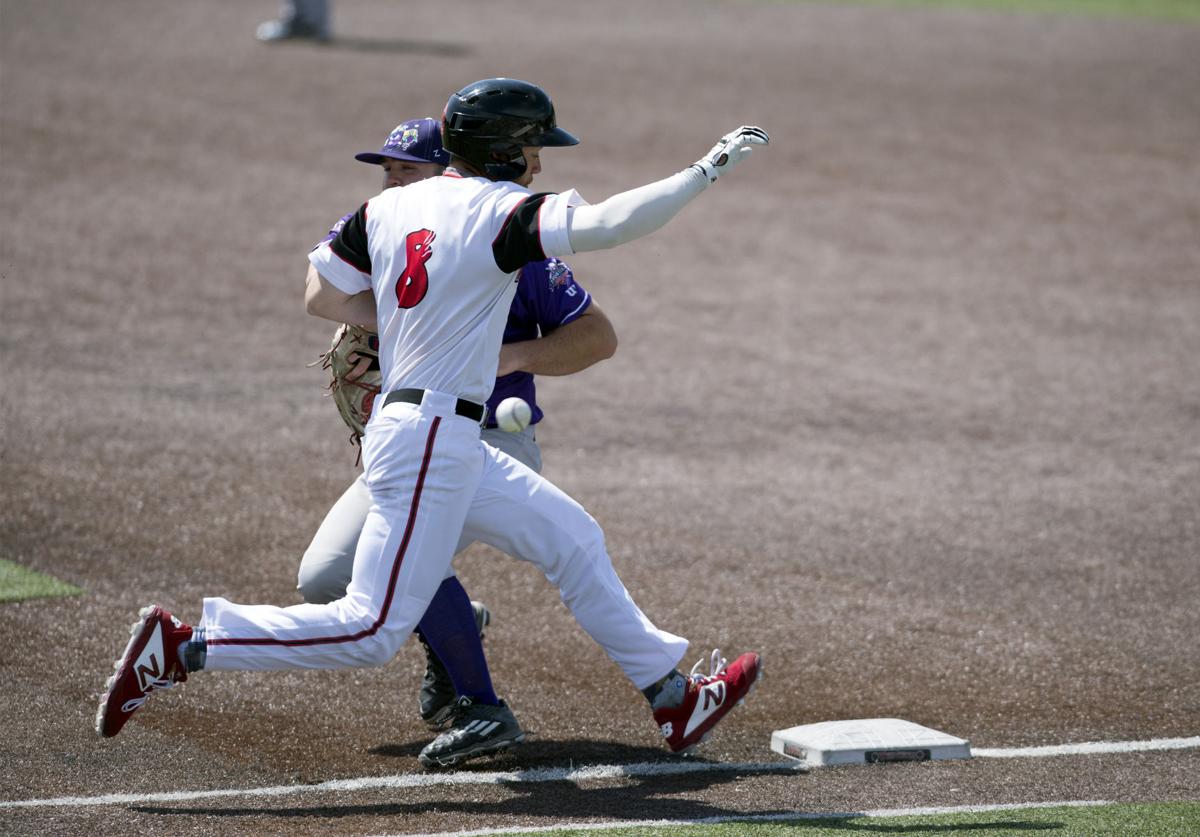 Washington’s Blake Adams safely gets to first base as Lake Erie’s Jake Veith fails to catch the ball in the first inning of Wednesday’s game. 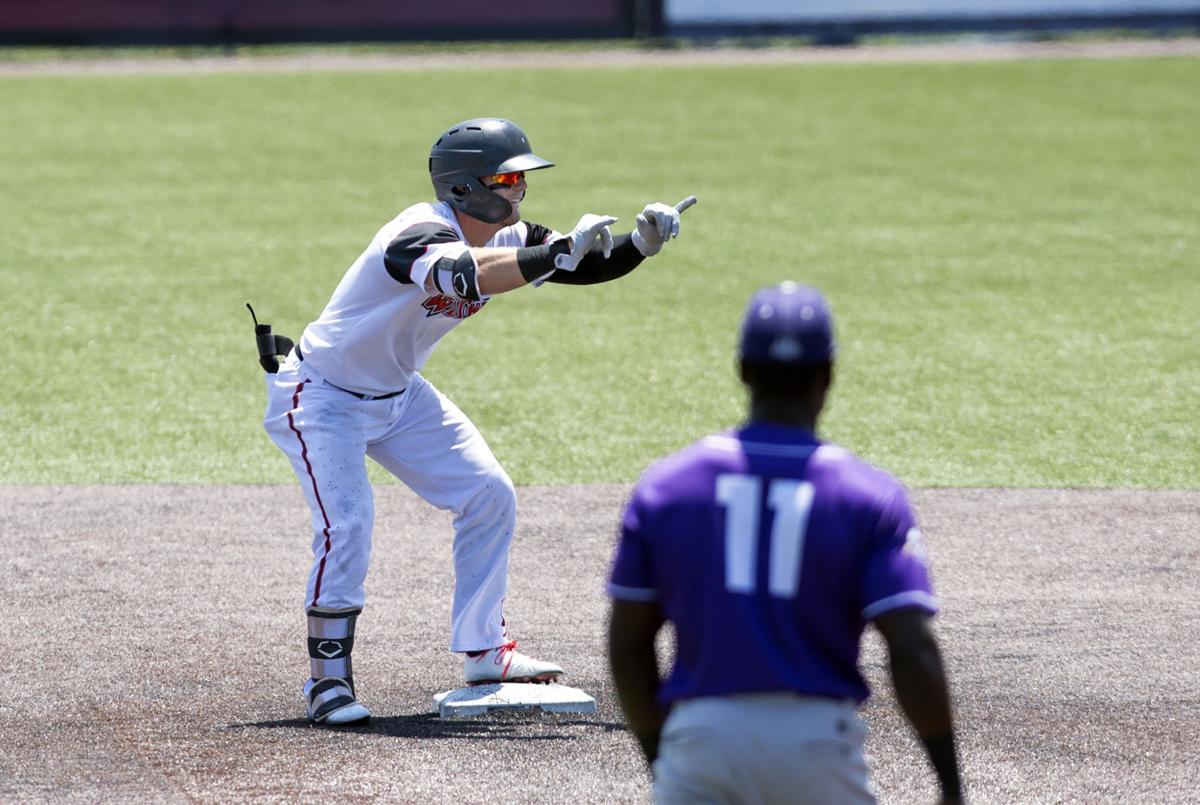 Washington’s Cameron Baranek gestures to teammates after hitting a double against Lake Erie during Wednesday’s game. 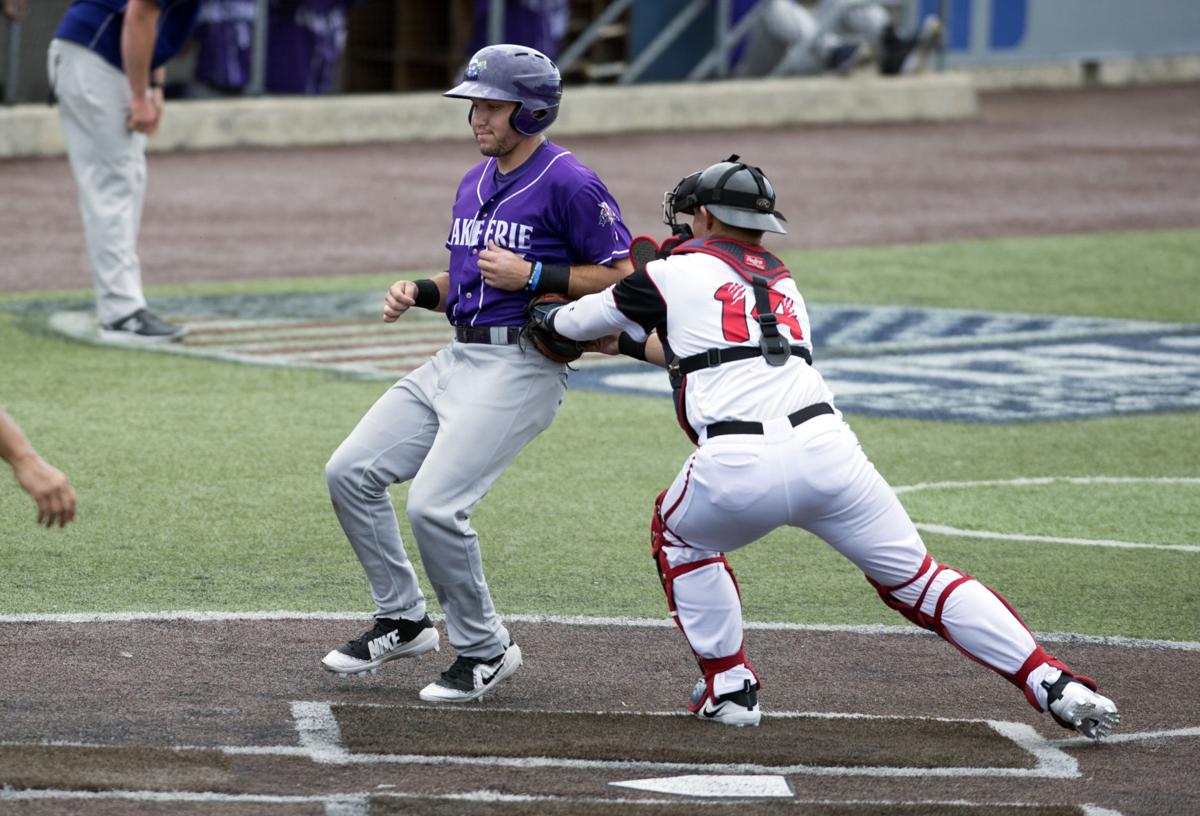 Washington’s Blake Adams safely gets to first base as Lake Erie’s Jake Veith fails to catch the ball in the first inning of Wednesday’s game.

Washington’s Cameron Baranek gestures to teammates after hitting a double against Lake Erie during Wednesday’s game.

For the first 15 innings of the Wild Things’ current series against the Lake Erie Crushers, Washington’s lumber had been lulled into a deep slumber by the top pitching staff in the Frontier League.

Washington had scored only three runs on 12 hits – all singles – during that span.

It turned out that all the Wild Things needed to jump-start their offense was for shortstop Brett Marr to hit a routine popup to the pitcher’s mound.

Marr led off the bottom of the seventh inning Wednesday afternoon with a towering popup that turned into a misadventure for Lake Erie. Crushers first baseman Jake Vieth and pitcher Pat Ledet each had a chance to catch the ball while looking up into the bright sunshine. Vieth attempted to make the grab but missed it as it fell to the turf just off the first-base side of the mound.

The error, along with another by the Crushers before the inning would end, opened the floodgates as Washington scored six runs in the seventh and two more in the eighth for a 9-4 come-from-behind win.

“You have to take advantage of your opportunities because you never know how many you’re going to get,” Washington center fielder Cameron Baranek said. “You have to capitalize.”

Baranek has been taking advantage of his chances. He drove in three runs in the game, including an RBI single in the seventh that tied the score at 3-3. Baranek has 17 RBI in 17 games with Washington.

“The guys hitting in front of me are doing their jobs,” Baranek said. “They are grinding out at-bats and I’m just trying to put the ball in play.”

The botched popup off the bat of Marr was followed by a single by Washington catcher Drew Bene. Chase Sudduth advanced the runners with a bunt. Blake Adams then got a green light on a 3-0 pitch and hit a grounder to Crushers shortstop Emmanuel Marrero, whose throwing error allowed Marr to score and Bene to move to third base.

Baranek tied the score at 3-3 with a double to right field.

Lake Erie brought in reliever Chris Pennell, who intentionally walked Shaine Hughes to load the bases. Hector Roa gave Washington its first lead of the game with a two-run single to right field. J.J. Fernandez added a run-scoring double and Mikael Mogues followed with a sacrifice fly that pushed Washington’s lead to 7-3.

That made a winner of Washington starter John Havird (4-2), who allowed three runs on six hits over seven innings. Havird struck out seven.

“Havird did fine,” Washington manager Gregg Langbehn said. “He said that he didn’t have his best stuff but he did fine. He gave us length.”

After taking a two-hit shutout into the sixth, Ledet (1-3) took the loss.

“Ledet is no slouch,” Langbehn said. “He’s a good pitcher. We didn’t threaten him. The popup should have been caught. They had an error on the ground ball but we earned everything after that.”

Lake Erie had forged a 3-0 lead at the midpoint of the game. Aaron Hill hit a sacrifice fly in the third, Marrero led off the fourth with his sixth home run and John Cable had a run-scoring double in the fifth.

Washington scored its first run in the sixth, getting singles by Baranek and Roa along with an RBI groundout from Fernandez.

Baranek, who was 3-for-4 and raised his batting average 37 points, had a two-run double in the eighth.

“Look at his numbers over the last five or 10 games,” Langbehn said about Baranek, who was signed by Washington early this month after being released by the Miami Marlins. “His production is better than the numbers indicate. He’s using his lower body better. … He was a little lost when he got here but he’s starting to barrel up some balls. His production is good. He’s producing.”