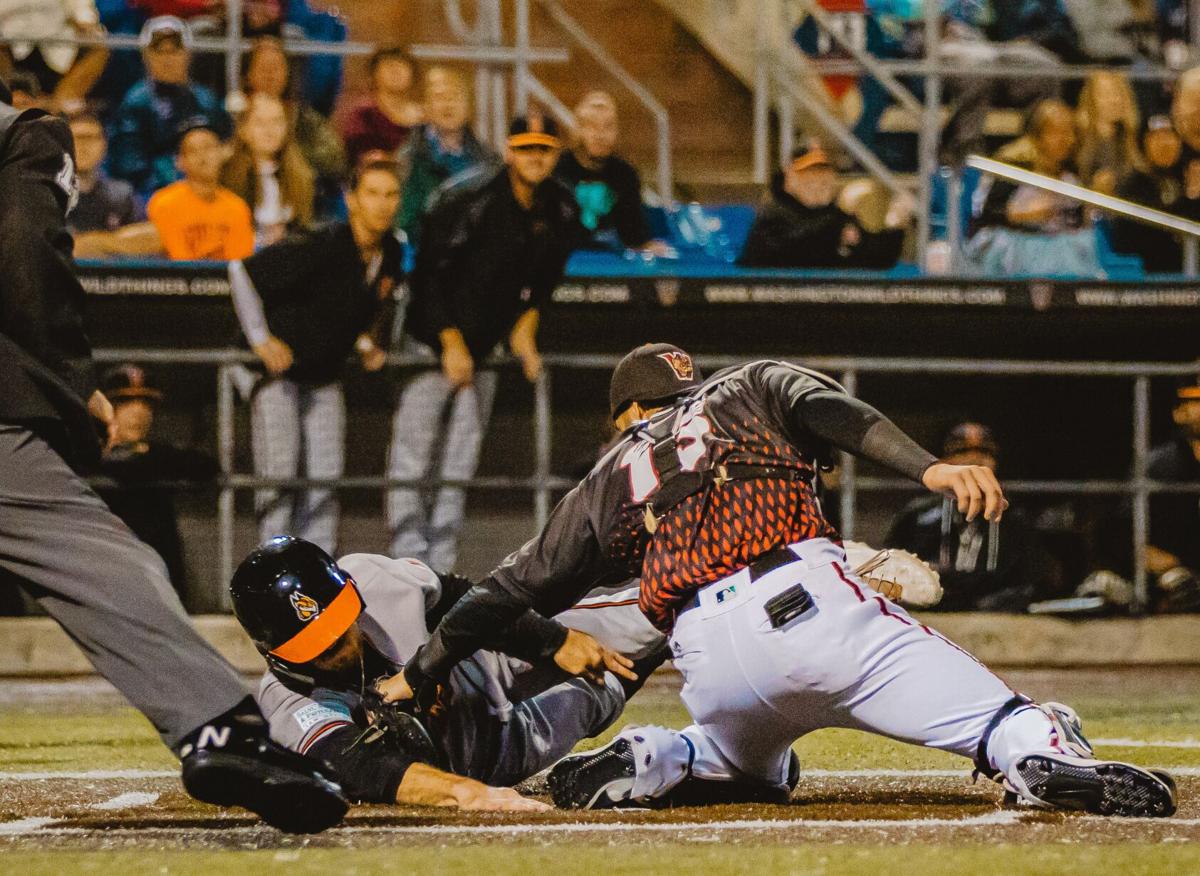 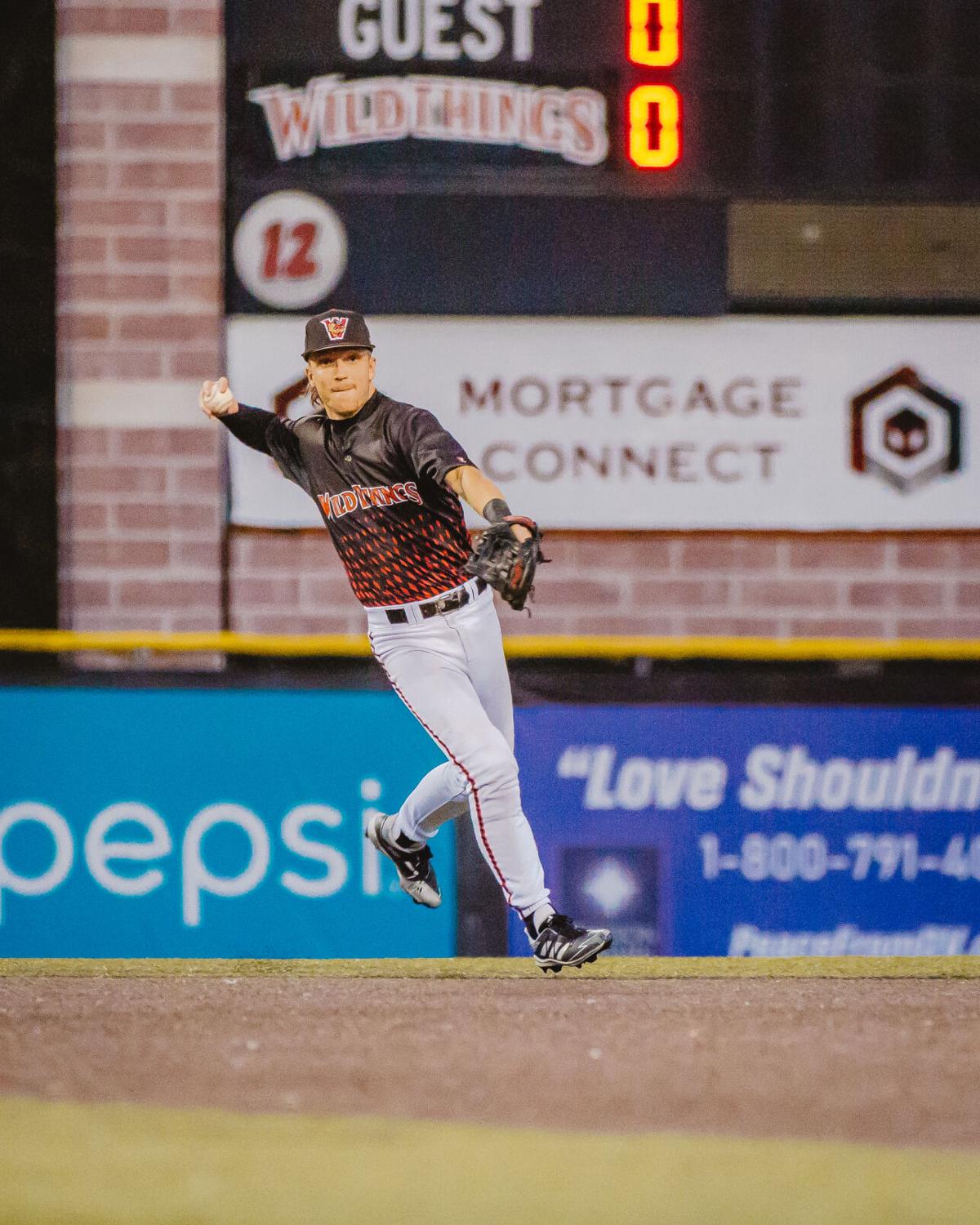 Washington shortstop Nick Ward makes a throw to first base Saturday night in game 4 of the Frontier League championship series. 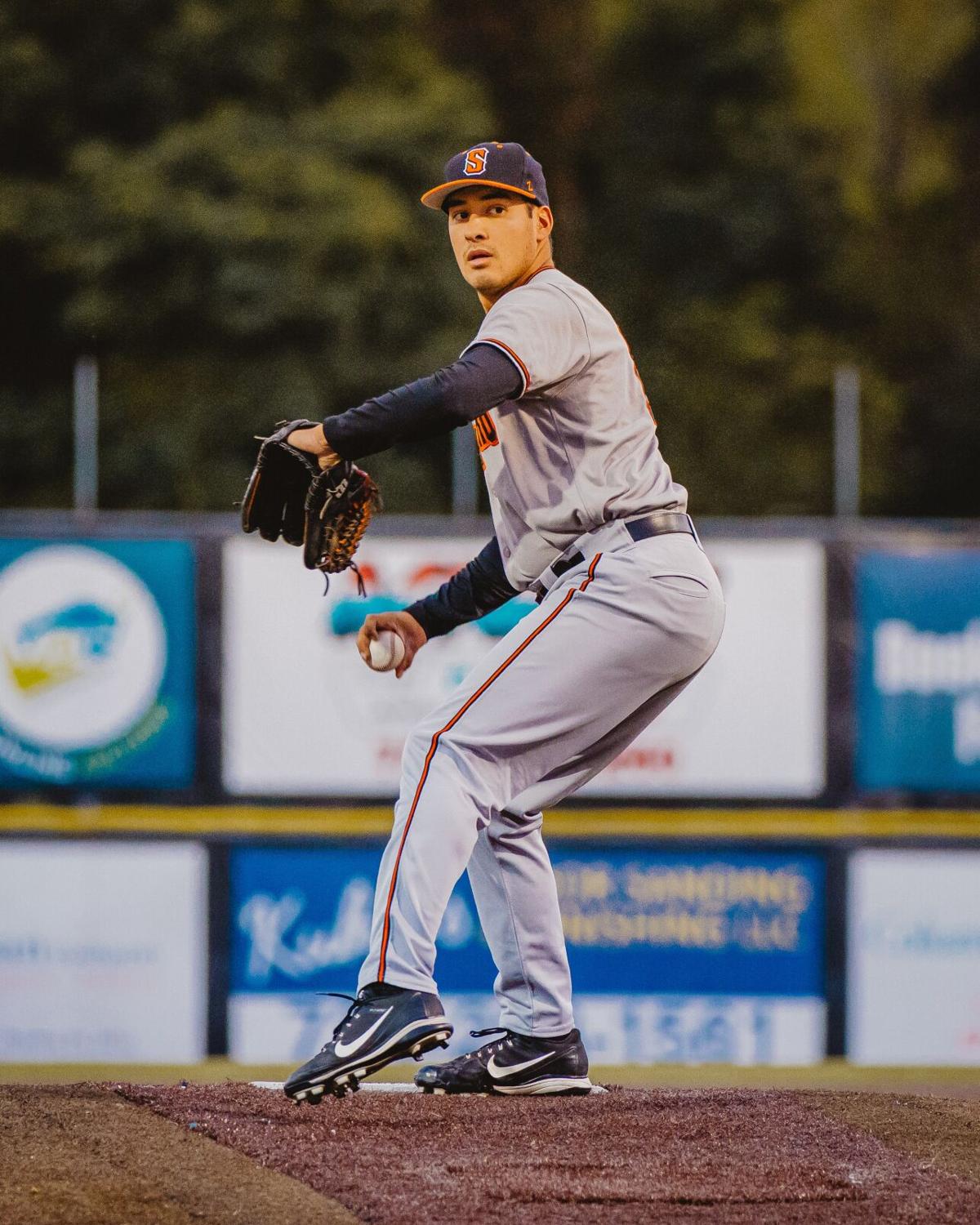 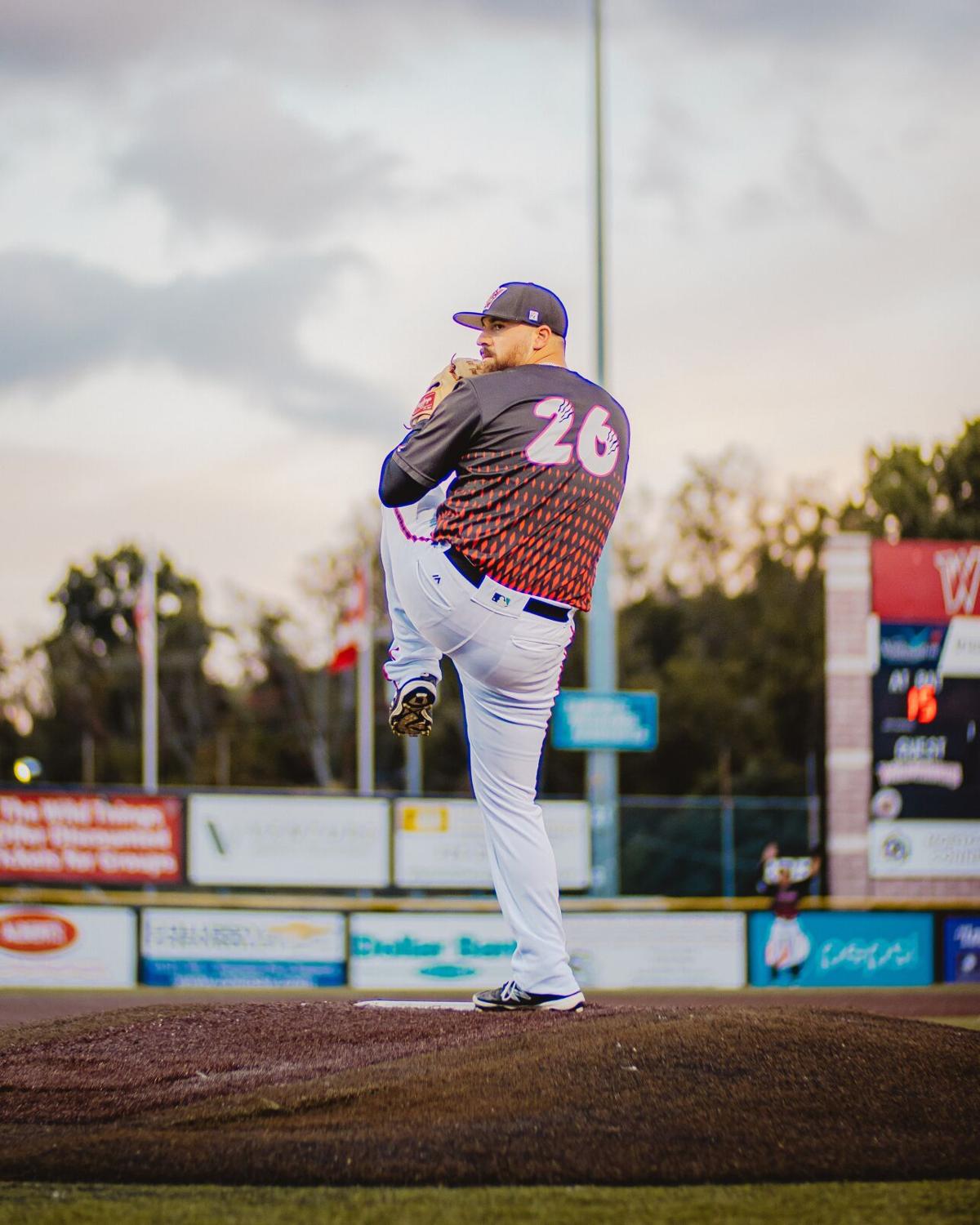 Washington shortstop Nick Ward makes a throw to first base Saturday night in game 4 of the Frontier League championship series.

And so, it has come down to this.

One game, winner take all, for the Frontier League championship.

The Wild Things’ rollercoaster season will pull into the station and end Sunday night but not before reaching the most intense, high-risk portion of the track, known as Game 5.

Schaumburg used another sterling performance by a starting pitcher and scored two early runs on a two-out hit by Quincy Nieporte to beat Washington 3-1 Saturday night before 2,821 at Wild Things Park and even the best-of-5 Frontier League championship at two games apiece.

The decisive Game 5 will be played 5:35 this evening with Washington sending Ryan Hennen, the league’s Pitcher of the Year, to the mound against Schaumburg ace Kyle Arjona, who shut out the Wild Things in Game 1.

Schaumburg starter Erik Martinez and two relievers combined on a four-hitter and Washington was unable to generate any of the late-innings magic it used to win twice in the series.

Martinez, just as two of his fellow Boomers starting pitchers did, mowed through the Washington lineup with amazing effectiveness. The righthander took a shutout into the eighth inning. He allowed four hits and four walks in seven-plus innings and struck out eight.

“I can’t say enough about Erik Martinez,” said Schaumburg manager Jamie Bennett. “He was with us in 2019 and played in Mexico this year before coming back. This was only his sixth start, so we’ve been building up his pitch count.”

Martinez gave up a leadoff single in each of the first two innings, but he retired 13 of 14 Washington hitters after a single by Bralin Jackson in the second.

“The phrase everybody uses today is the fastball was jumping out of his hand,” Vaeth said about Martinez. “His fastball seemed faster than it was. And he could throw his fastball for strikes early in counts.”

Washington starter Rob Whalen, the first former major leaguer to play for the Wild Things, pitched well enough to win but his offense gave him no support. Whalen gave up seven hits and three runs in seven innings. He did not walk a batter and struck out nine.

Schaumburg took a 2-0 lead in the third. Catcher Nick Oddo led off with a single, the Boomers’ first of the game. After two strikeouts, Chase Dawson singled up the middle. Nieporte, the league’s Most Valuable Player who is playing with a fractured bone in his foot, then hit the first pitch of his at-bat to the gap in right centerfield. Oddo scored easily and the speedy Dawson just beat the relay throw, putting his hand across home plate before the tag of catcher Trevor Casanova.

“Quincy and Chase are our all-stars,” Bennett pointed out. “They’ve had a slow couple of days, but when they get going it makes us a different team.”

The Boomers made it 3-0 in the fourth. Whalen hit Clint Hardy with the first pitch of the inning and Matt Bottcher’s single put runners on first and second with no outs. Second baseman Angelo Gumbs then faked a bunt and slapped it the past drawn-in first baseman Andrew Czech for an RBI hit.

“That is a play that we tried in the home game that clinched a playoff berth for us,” Bennett said. “Luke Becker executed it for a walkoff hit. That’s just a play you pull out when it’s necessary.”

The Wild Things tried to mount a comeback in the eighth, when Martinez walked the first two batters he faced, Czech and Scotty Dubrule. Jack Snyder replaced Martinez and walked Andrew Sohn, giving Washington the bases loaded with no outs.

Nick Ward then hit the first pitch of his at-bat for a sacrifice fly that made the score 3-1 and moved Dubrule to third base.

Jackson then worked the count to 2-2 but had to leave the game after injuring his wrist on a swing. Pinch-hitter Tristan Peterson replaced Jackson and struck out. Lefty reliever Darrell Thompson then entered the game and struck out Grant Heyman to get the Boomers out of the jame.

Thompson retired the Wild Things in order in the ninth to even the series and set the stage for the season finale.

“A team is most dangerous when it’s backed into a corner, like we were at Quebec,” Vaeth said. “They were playing for their lives. We knew it wouldn’t be easy.”

The entire series has been a struggle for Washington, which has led at the end of only two of the 36 innings.

“It’s a lot better when you’re playing ahead,” Vaeth said. “We’re not getting the leadoff batter on and we’re not stringing hits together.”

Still, the Wild Things have one more chance to win the franchise’s first league championship.

“I’m going to tell our guys to enjoy the moment,” Vaeth said. “It’s not like they’re beating the pants off us and scoring six or seven runs a game. If we want to win the championship, then we need to swing the bats.”

Washington is 0-5 all-time when playing with a chance to clinch the league championship. … The Wild Things went 0-for-6 with runners in scoring position.