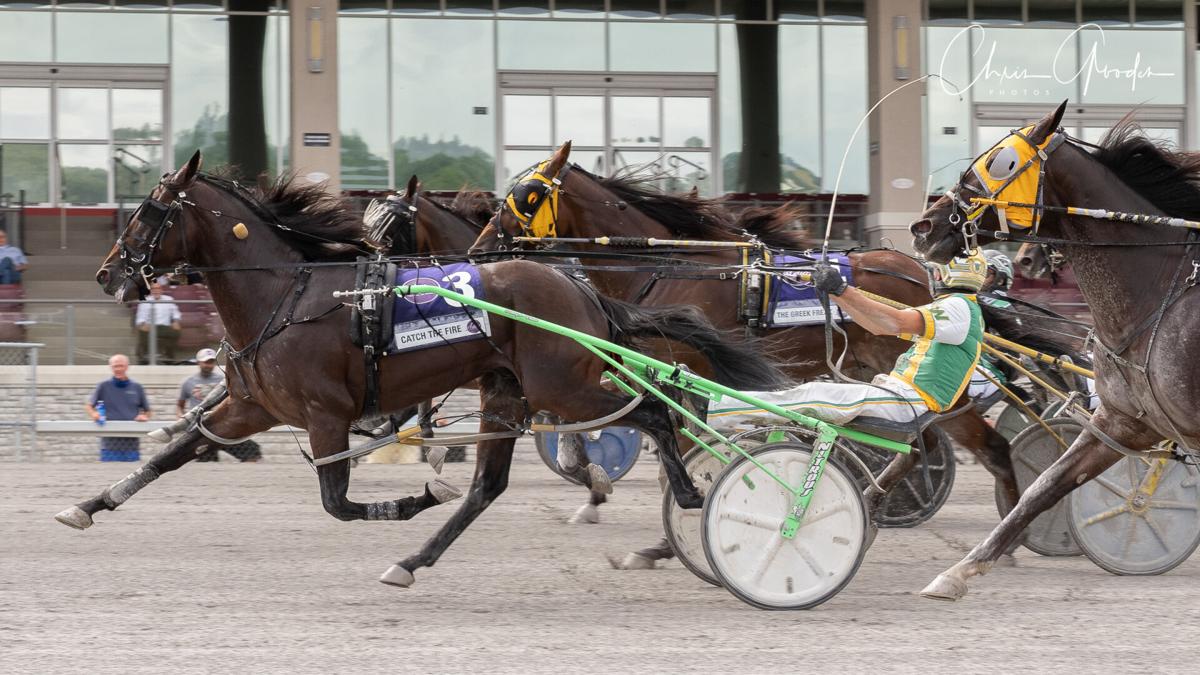 Catch The Fire, with driver Mike Wilder, wins the Delvin Miller Adios by a nose Saturday at The Meadows. 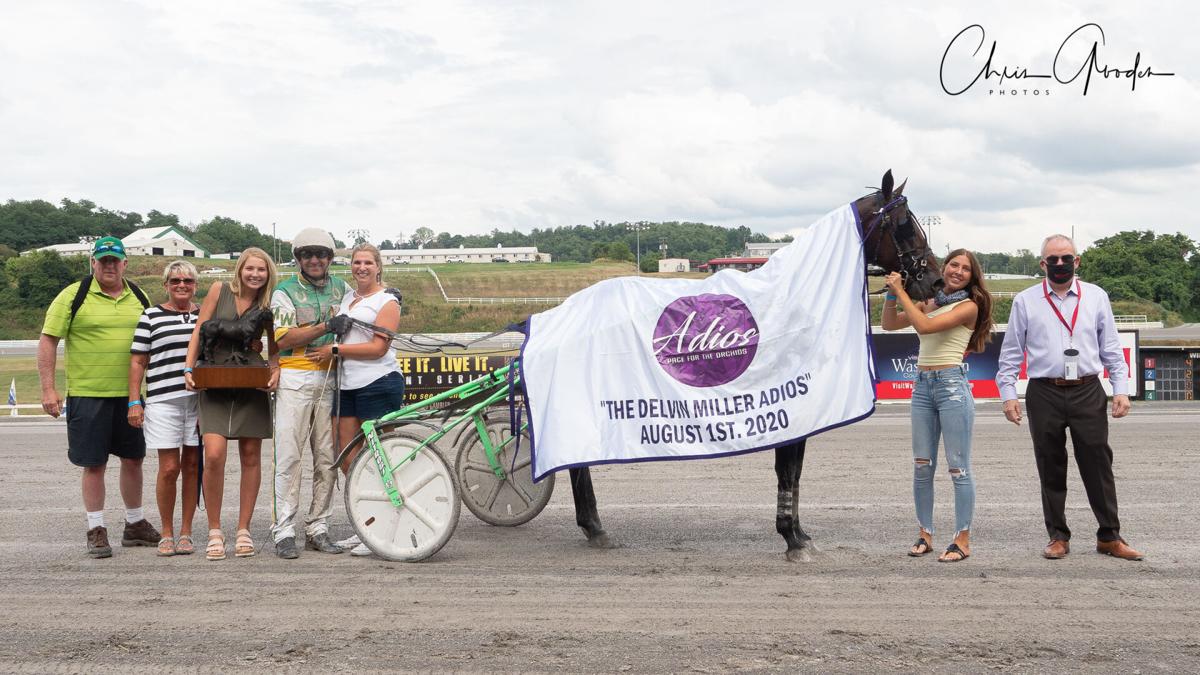 Catch The Fire, with driver Mike Wilder, wins the Delvin Miller Adios by a nose Saturday at The Meadows.

MEADOW LANDS – Catch The Fire hung tough against a host of pursuers Saturday to win the $375,000 final of the Delvin Miller Adios Pace for the Orchids at The Meadows and provide an indelible career highlight for trainer John Ackley and driver Mike Wilder.

Chief Mate rallied for second at 50-1 while the hard-used No Lou Zing was third. The winning time over a sloppy surface was 1:49.3.

This 54th edition of the Pace for the Orchids likely was the most unusual because of COVID-19 restrictions. Usually jam-packed stands seated only a handful of invitees. The apron, usually rocking with fans and live bands, was eerily silent. The presumptive heavy favorite, Papi Rob Hanover, was out of the final with a season-ending injury. As usual, though, the horses provided more than enough drama to make up for any missing elements.

After Elver Hanover seized the early lead from post 9, Wilder and Catch The Fire quarter-poled to the point, where they faced a backside challenge from No Lou Zing.

“I was really worried about that horse,” Wilder said. “He went a humongous trip in the elimination. He showed he can take a lot of air. I couldn’t shake him, and then a whole heard of them come at me. But my horse dug in. He’s true grit.”

Charlie Taylor of CT Stables purchased Catch The Fire at Lexington for the bargain-basement price of $15,000. Ackley was so sure that Catch The Fire would go too dearly that he left the auction ring for a sandwich, only to return and find himself the trainer of a son of Captain Treacherous-Dream Outloud. Ackley, who trains a small stable at Ohio’s Fayette County Fairgrounds and operated a forklift for 20 years before switching to racing, called the Adios victory the highlight of his career.

“Its a big win, to have a horse that can compete at this level and win,” Ackley said. “No way I could have imagined this; it’s fantastic.”

For Wilder, the triumph was even more emotional. An Ohio native who has been a fixture at The Meadows for many years, Wilder and his family are exceptionally active in many aspects of racing and the community. His wife, Heather, is a popular interviewer on harness shows while serving as president of the United States Harness Writers Association Keystone Chapter. Their teenage daughters, Scarlett and Lauren, also are active in USHWA. Yet even though Wilder has amassed more than 8,300 career wins, he had never finished better than fourth in an Adios final. He choked up as he tried to describe his emotions.

“This means the world to me,” Wilder said. “The Good Lord is in control of everything in this world, and I was the lucky man today. It means everything for my kids to see it and for my wife to be here. It’s something I’ll never forget. It’s something that may never happen again, although you wish it would.

“I didn’t even think about the empty stands. My family’s here. My mother’s here from Florida. It means the world to me.”

Ackley said Catch The Fire will enjoy a week off while his connections determine his next engagement.