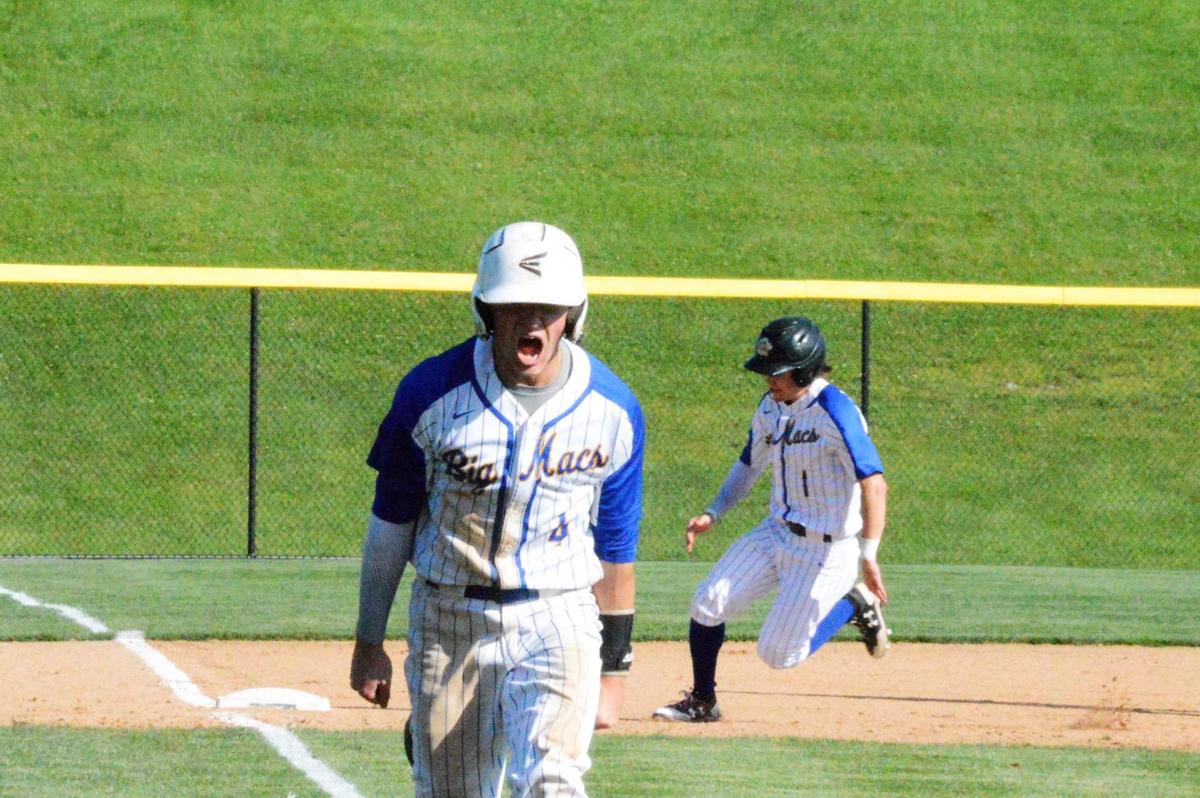 Canon-McMillan’s Brandon Kline celebrates while scoring the game-tying run in the third inning in a PIAA Class 6A semifinal game against Council Rock North. 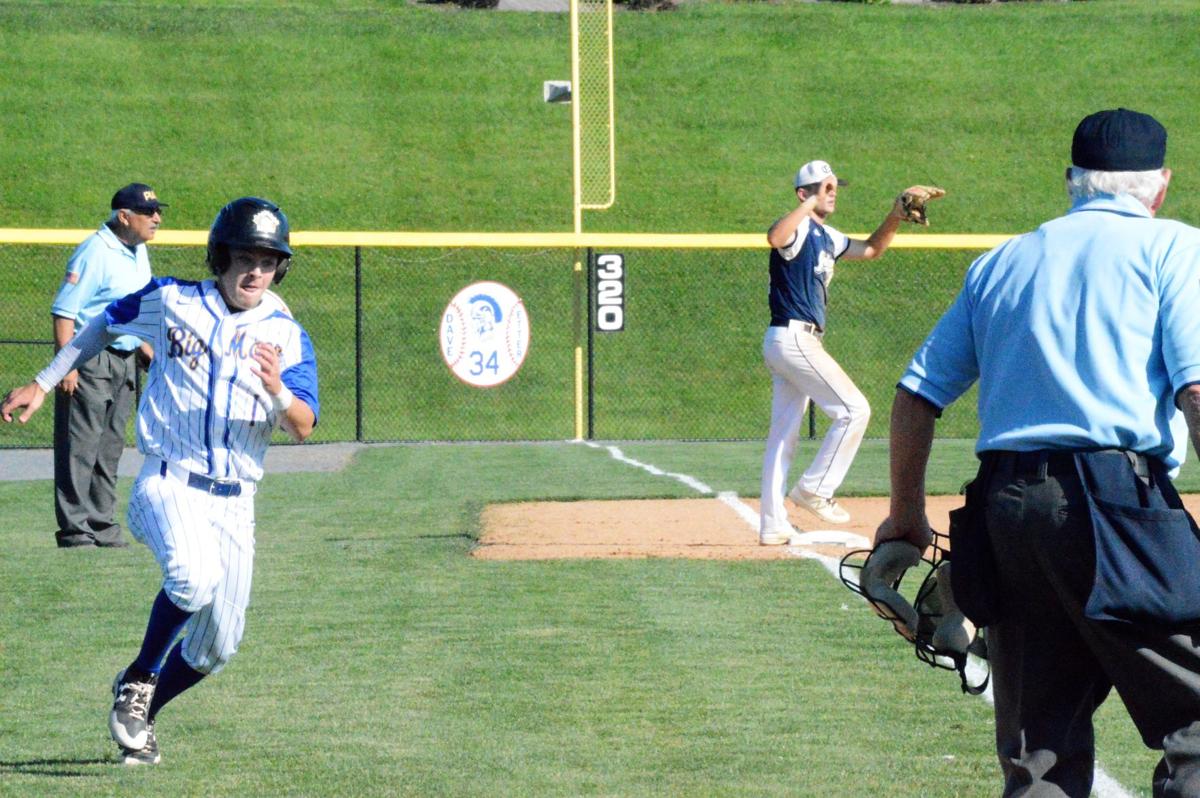 Canon-McMillan’s Cam Walker scores on a two-run single by Brandan Rea in the bottom of the third inning to give the Big Macs a lead in a PIAA Class 6A semifinal game against Council Rock North. 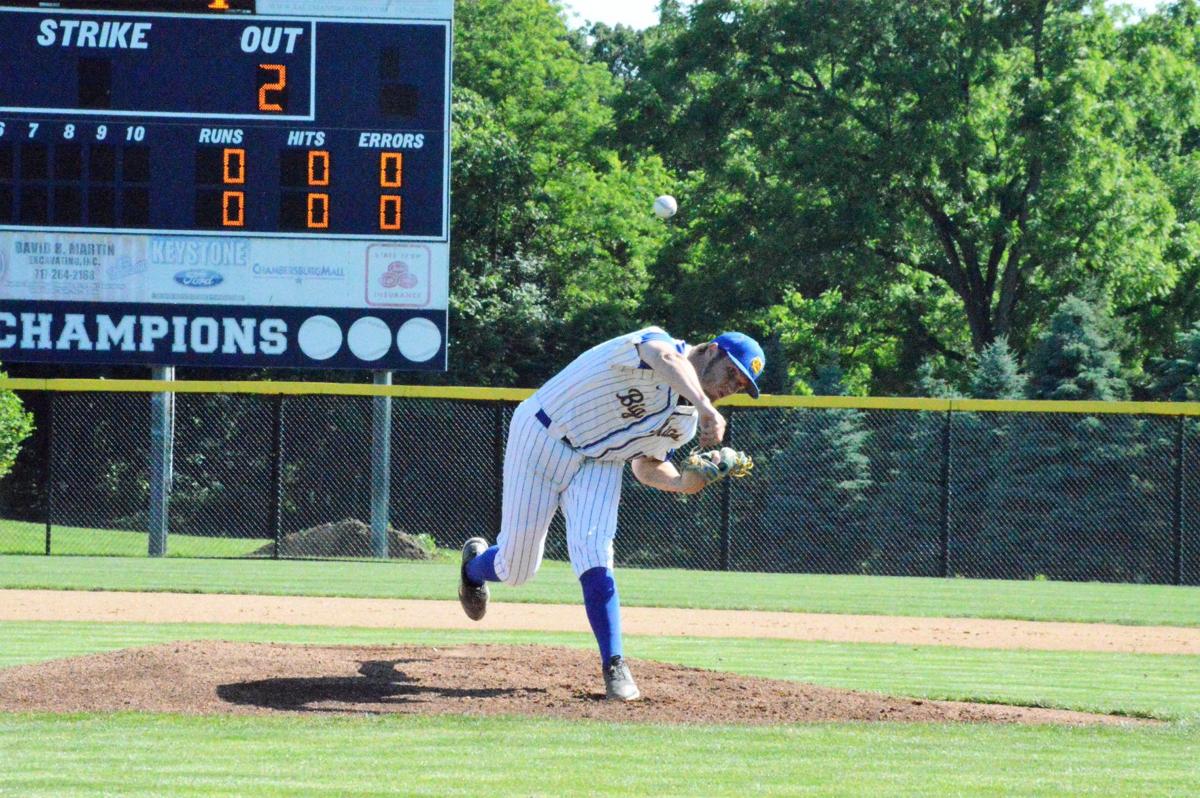 Canon-McMillan pitcher Zach Rohaley delivers a fastball in the first inning of a PIAA Class 6A semifinal game against Council Rock North. 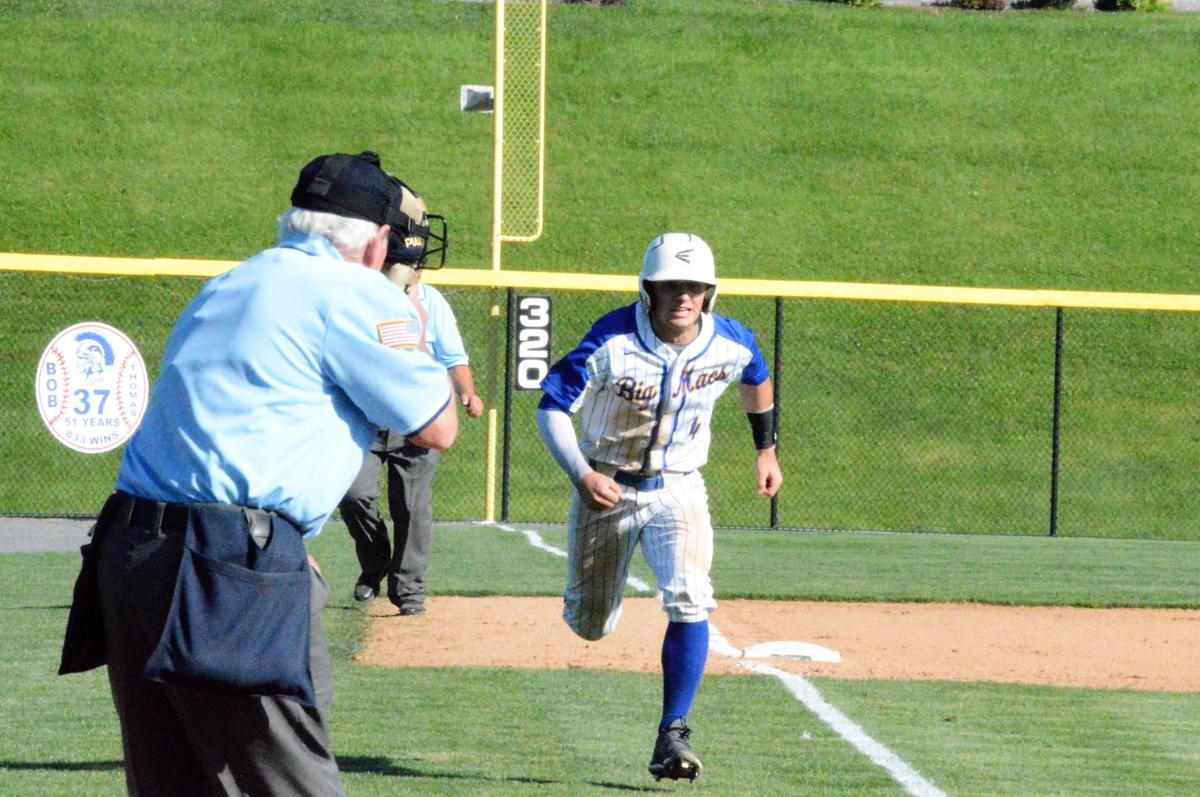 Canon-McMillan’s Brandon Kline celebrates while scoring the game-tying run in the third inning in a PIAA Class 6A semifinal game against Council Rock North.

Canon-McMillan’s Cam Walker scores on a two-run single by Brandan Rea in the bottom of the third inning to give the Big Macs a lead in a PIAA Class 6A semifinal game against Council Rock North.

Canon-McMillan pitcher Zach Rohaley delivers a fastball in the first inning of a PIAA Class 6A semifinal game against Council Rock North.

A regular practice for Rea, a junior, doesn’t typically end until Canon-McMillan baseball coach Tim Bruzdewicz kicks him out of the batting cage.

“A lot of the guys and coaches make fun of me because I’m always staying to get swings,” Rea laughed, aware that all parties involved appreciate the dedication.

“From soft toss to letting the ball get deep, anything that will help me barrel up the ball, which is something I’ve been struggling all year trying to do.”

“(On Monday), we were hitting in the gym. I told them that I would stay as long as anybody wants to stay,” Bruzdewicz said. “After a while, I told (Brandan) to get out of the cage because I had to get home and eat dinner with my wife.”

Rea went home, returned to make a three-hour bus ride in the morning then went 2-for-3, including a bases-loaded, two-run single in the third inning to give Canon-McMillan a lead it wouldn’t relinquish, as the Big Macs defeated Council Rock North, 4-1, in a PIAA Class 6A semifinal game Tuesday afternoon at Greene Township Park.

“He deserves it,” Bruzdewicz said about Rea. “He is one of our hardest workers. He is such a baseball guy. I’m happy for him.”

The single from Rea to open the scoring for the Big Macs helped avert what would have been a giant missed opportunity. They loaded the bases without recording an out but Council Rock North third baseman Griffin Peterson caught a harmless pop fly and line drive that put the two-out pressure on Rea.

“We just kept battling at the plate with two outs,” Rea said. “I had really long at-bats. Anything close, I was swinging at it. I just happened to get an outside pitch and took it to the opposite side.”

Rea’s single scored Brandon Kline and Cam Walker to give the Big Macs a 2-1 lead in the third inning.

Canon-McMillan (20-5) then doubled its score on a throwing error and a Cam Weston run-scoring triple to the left-centerfield gap to lead 4-1 after four innings.

“I talk often about errors,” said Council Rock North coach Matt Schram. “There were only two up (on the scoreboard) but we had about six (with mistakes on the bases). You can’t make those mistakes, not in this game. Good teams like Canon-McMillan capitalize.”

Carson Shane singled home Peterson to give Council Rock North a 1-0 lead in the second inning, but the Indians ran themselves out of scoring chances in the fifth and sixth innings. C-M turned a double play in both frames.

Zach Rohaley, the starter for C-M, settled down after a rocky second inning and relied on his defense. He only allowed one player for Council Rock North (19-8) to reach scoring position in his final four innings. Cam Weston earned the save by pitching the seventh.

“Hats off to their pitchers,” said Schram. “Rohaley is a seasoned pitcher and you can clearly see why. He has great command and is crafty. I knew that if we didn’t get to them early then it would be tough to get them later.”

Rohaley, who earned his 13th victory on the season and fifth of the playoffs, exceeded 75 pitches but did so in the middle of his final hitter to end the sixth inning. According to PIAA pitch-count rules, if a pitcher goes over a limit during an at-bat then is pulled, they return to the required rest of the limit exceeded. That leaves Bruzdewicz with the option of pitching Rohaley Friday.

“You always get a little nervous before a game like this,” Rohaley said. “I trusted my off-speed pitches but couldn’t get a grip on my curveball. I just had to adjust and trust my defense. They came up big for me today.”

“It’s very exciting,” Rea said. “We’ll have everyone on deck ready to go and hopefully our bats stay strong.”