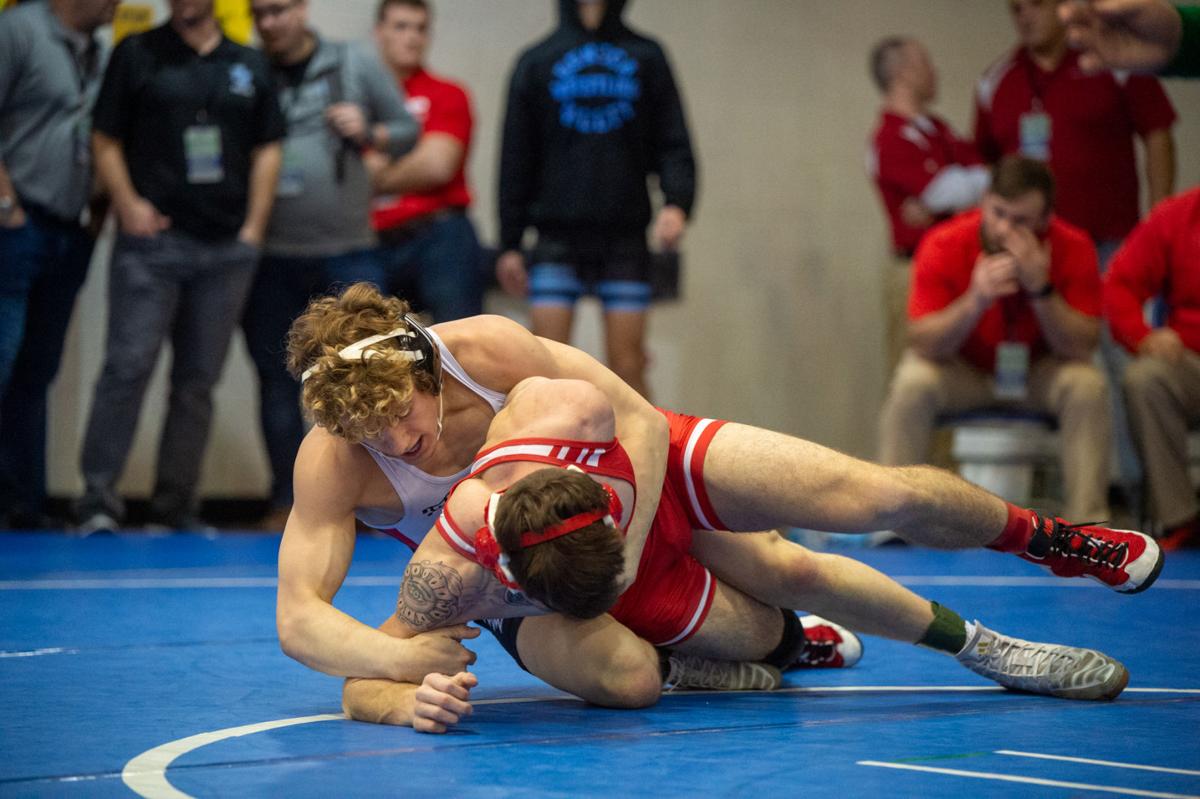 Waynesburg’s Wyatt Henson wins by fall in 3:43 over Bo Moler of Parkersburg, W.Va., at 138 pounds on Friday. 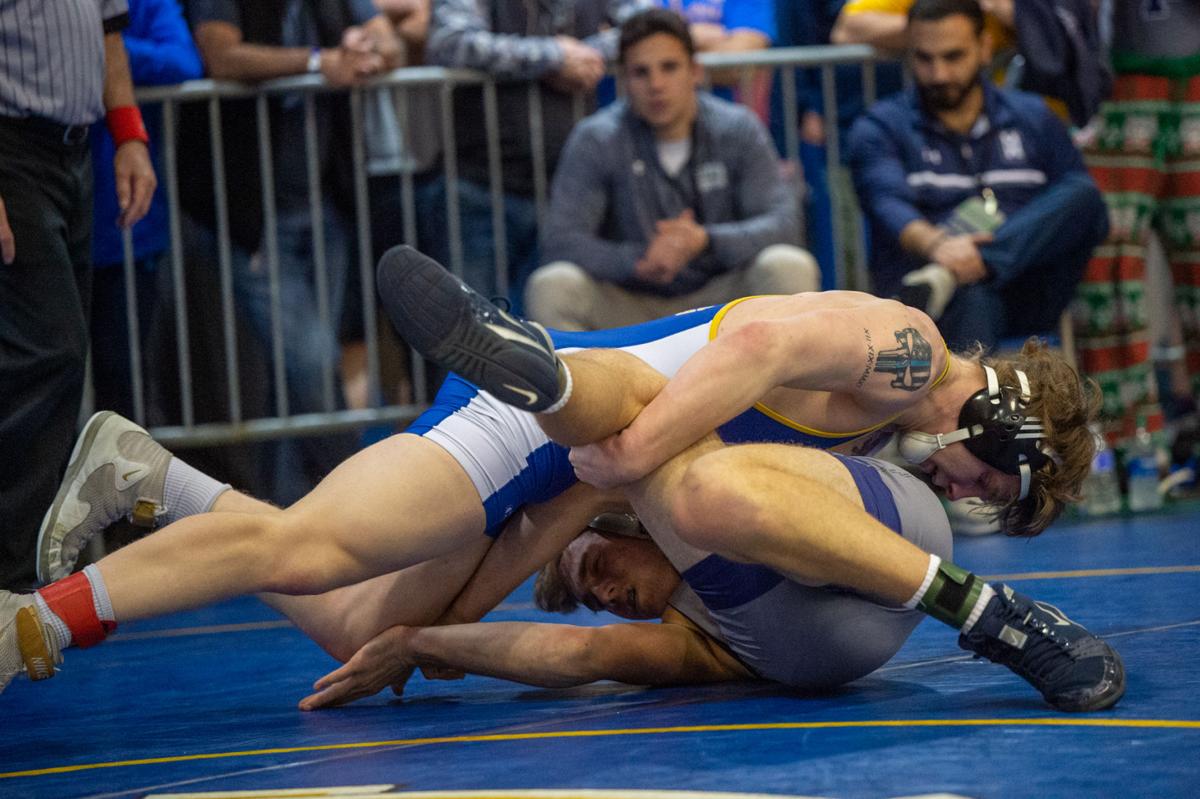 Canon-McMillan’s Gerrit Nijenhuis wins by fall in 1:30 over Malvern Prep’s Andrew Connolly in the quarterfinals at 182 pounds Friday night. 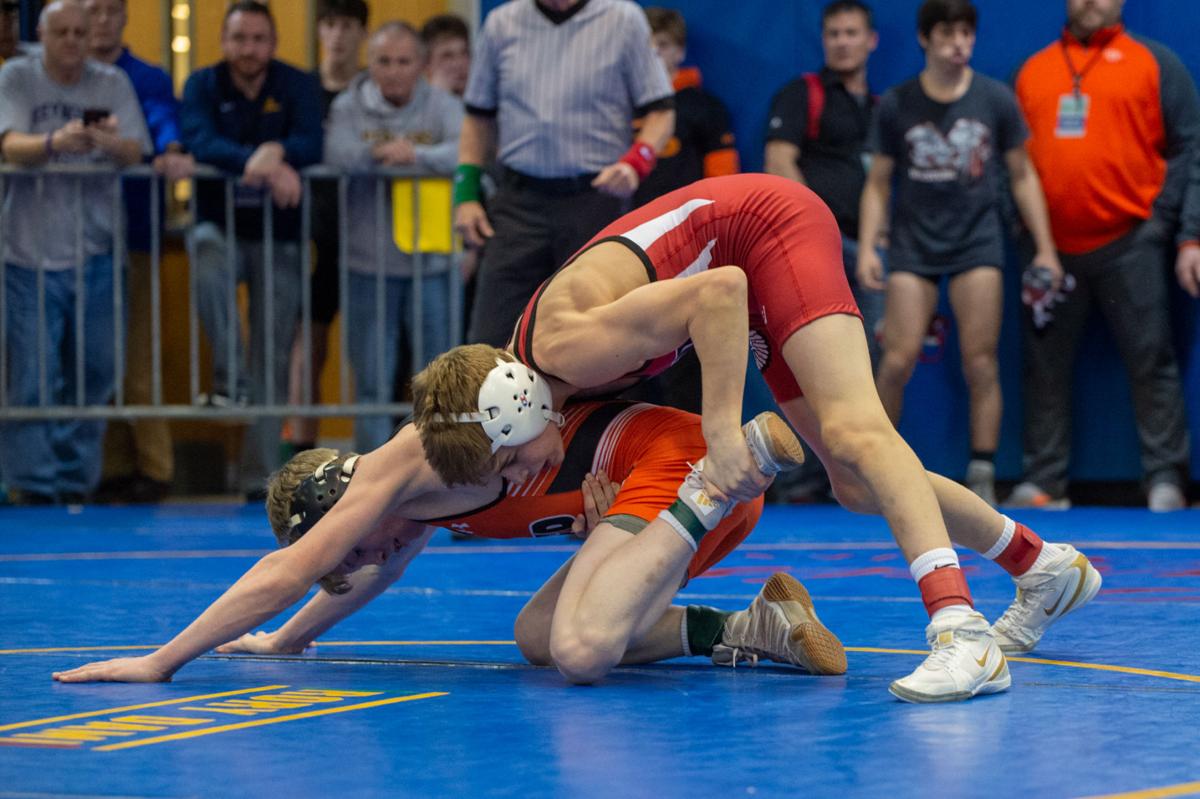 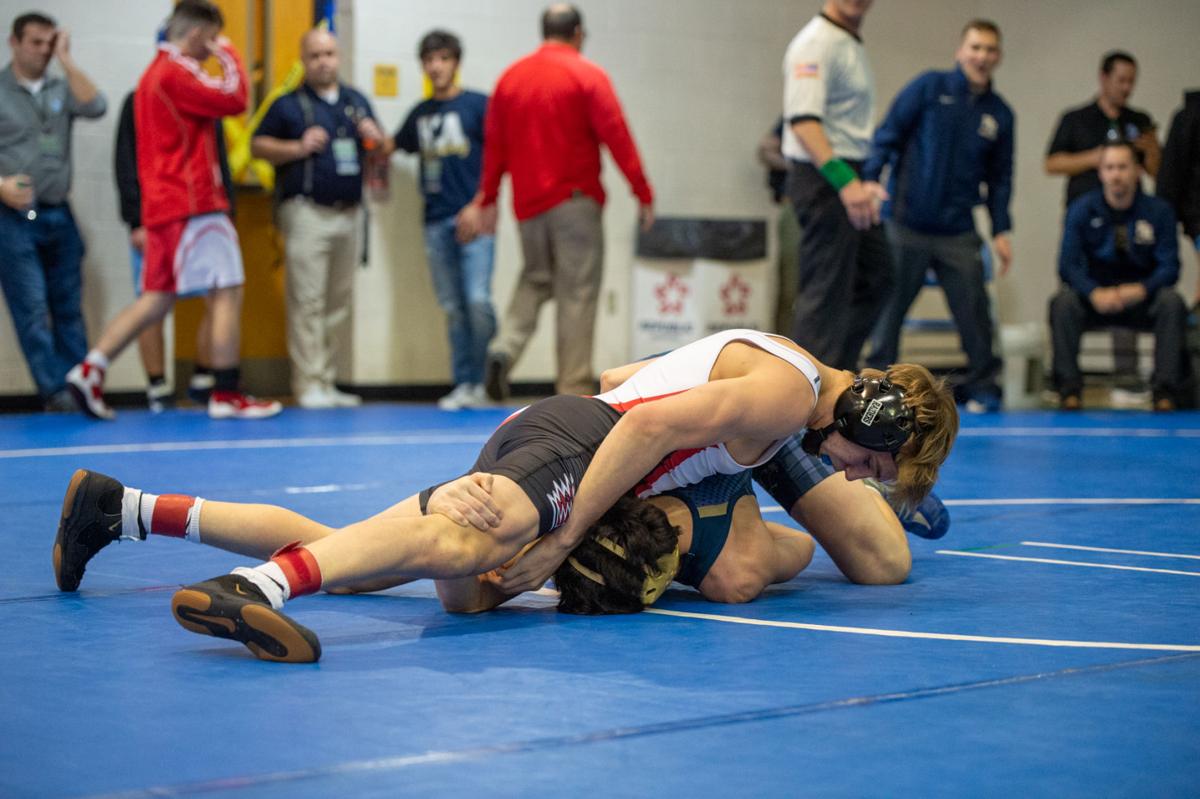 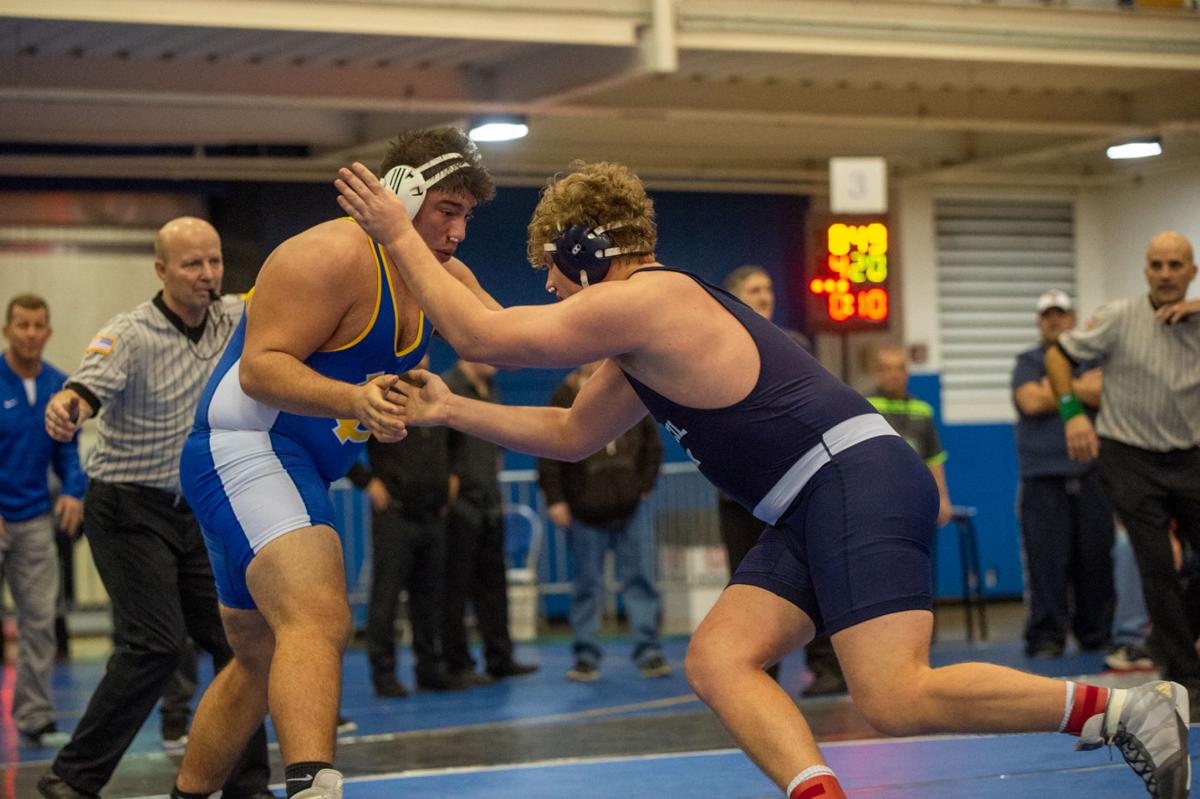 Waynesburg’s Wyatt Henson wins by fall in 3:43 over Bo Moler of Parkersburg, W.Va., at 138 pounds on Friday.

Canon-McMillan’s Gerrit Nijenhuis wins by fall in 1:30 over Malvern Prep’s Andrew Connolly in the quarterfinals at 182 pounds Friday night.

That’s how good a performance this was.

Waynesburg High School put four wrestlers into the semifinals in an awesome display of wrestling in the Powerade Wrestling Tournament Friday night at Canon-McMillan High School.

Freshmen Mac Church (106) and Rocco Welsh (126) and juniors Wyatt Henson (138) and Luca Augustine (160) each won their quarterfinal round bouts and are two victories away from an individual title.

“We have a lot to work with,” said Throckmorton, who won an individual title in this event for Waynesburg in 1979.

“We have a long way to go and lots to improve on. This is our third week in a row of tough competition and we rose to the occasion. This is all to prepare them for states.”

The Raiders ended Day 1 with 104.5 points, good enough for third place behind Malvern Prep (123) and Wyoming Seminary (156), which won the team title in three of the last four years. The last time Waynesburg had an individual champion was 2004, when Chris Neidermeier won the second in as many years.

“We’ve been to two national tournaments,” said Throckmorton, “So everyone knows about them and has tape on them. So you have to adjust on the fly.”

“He wasn’t seeded but I knew he was a tough kid,” said Church. “I figured I might get him.”

Welsh was unseeded but chalked up two technical falls to reach the quarterfinals. There, he knocked off Finn Solomon of Franklin Regional, 5-1, thanks to a late four-point move. Welsh gets second-seed Kurt Phipps of Norwin in the semifinals.

Henson, in arguably the toughest weight class of the tournament, notched two major decisions to reach the quarterfinals. He tore up Bo Moler of Parkersburg before pinning him in 3:43. He meets Sam Hillegas, a two-time state champion from North Hills, in the semifinals.

Augustine won three bouts Friday to reach today’s 160-pound semifinals. The final one was a 1-0 decision over Jack Weyhmeyer of Malvern Prep. Augustine will wrestle John West of Parkersburg (W.Va.) in today’s semifinals.

Gerrit Nijenhuis appears on the way to the 182-pound title for Canon-McMillan. The defending state champion left a path of scorched earth in the top half of the bracket. He pinned Robert Brown of Saegertown and Garrett Starr of Dubois in a combined 2:14. Then he pinned Andrew Connally of Malvern Prep in 1:30. He meets Nathan Warden of Christiansburg, Va., in today’s semifinals.

Big Macs heavyweight Gio Ramos won a 3-2 decision over Max Harar of Council Rock North in the quarters. Cole Deery of Malvern Prep waits for him in the semis.