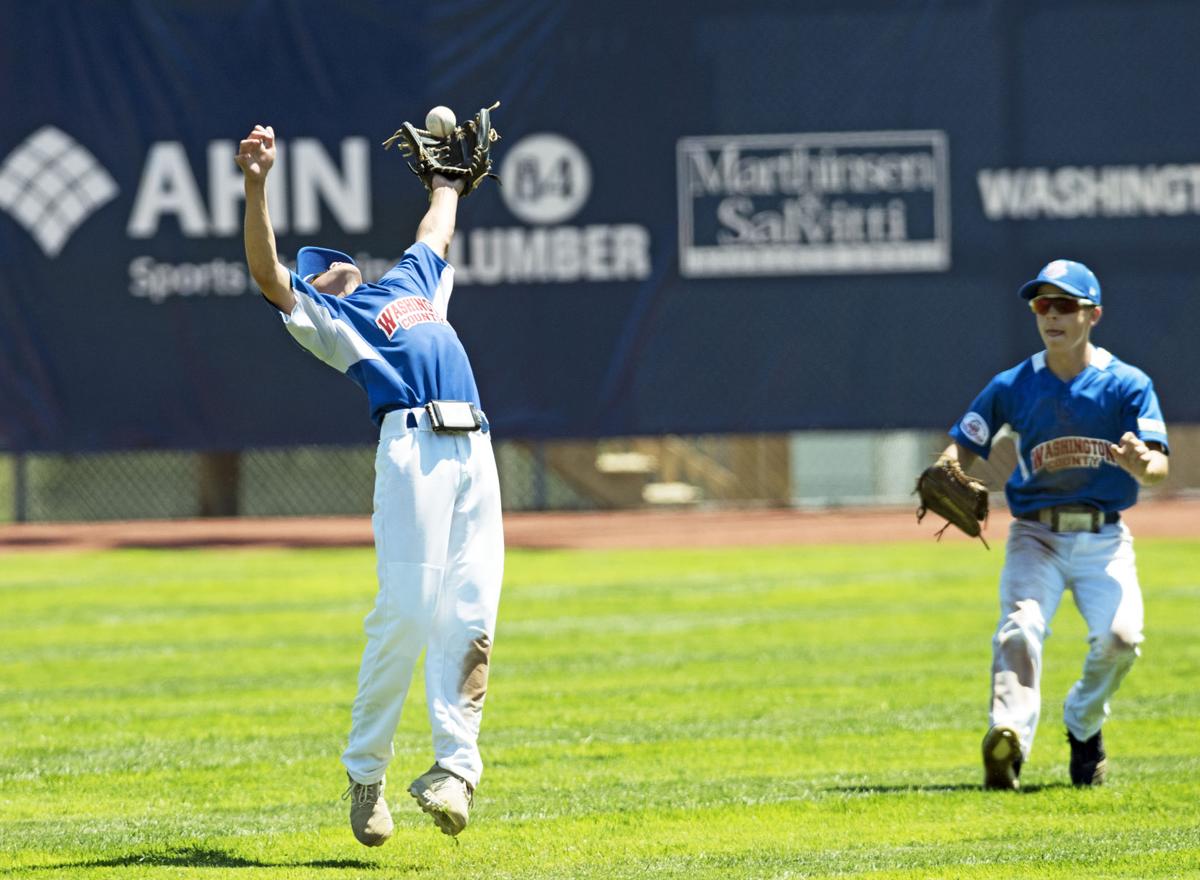 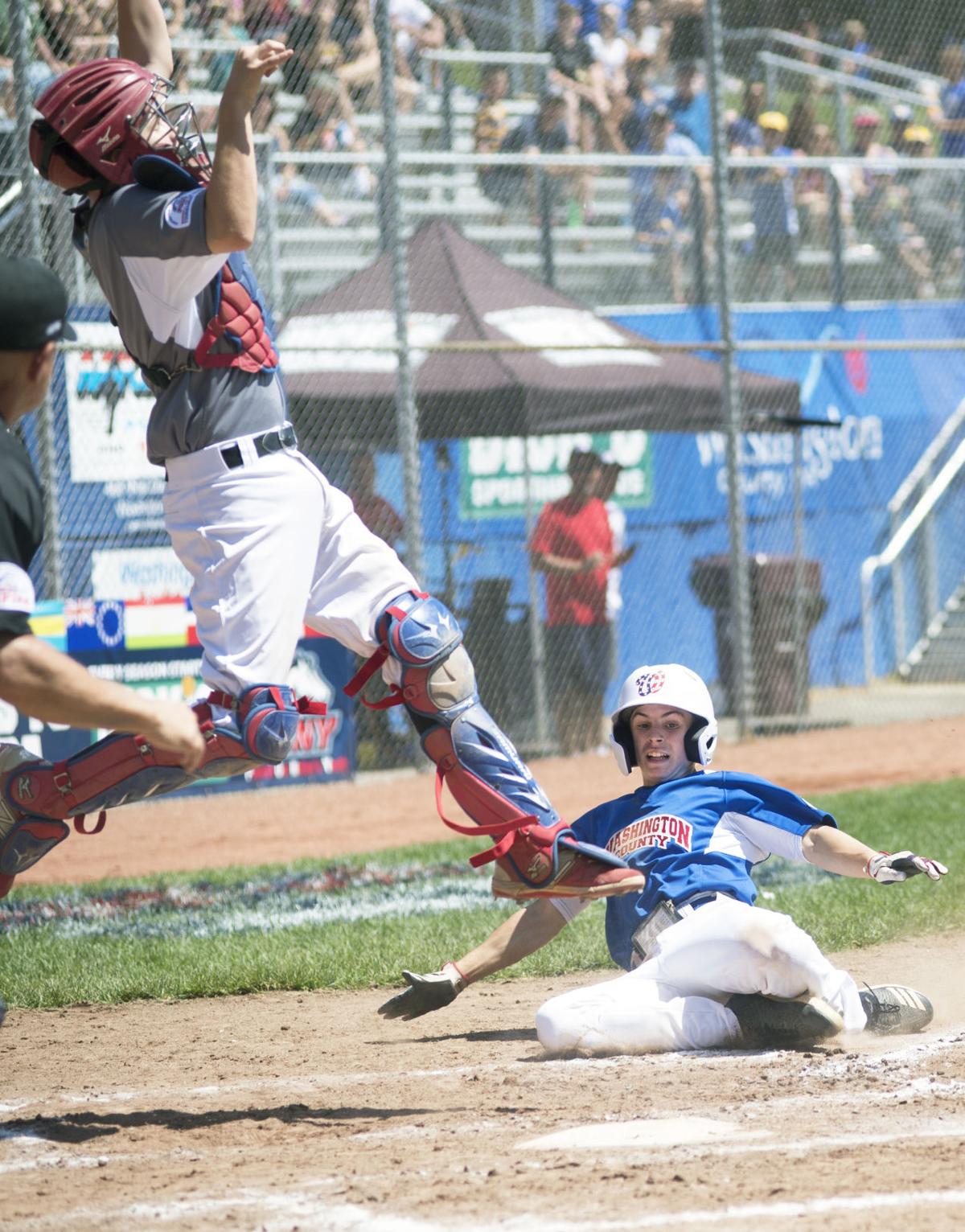 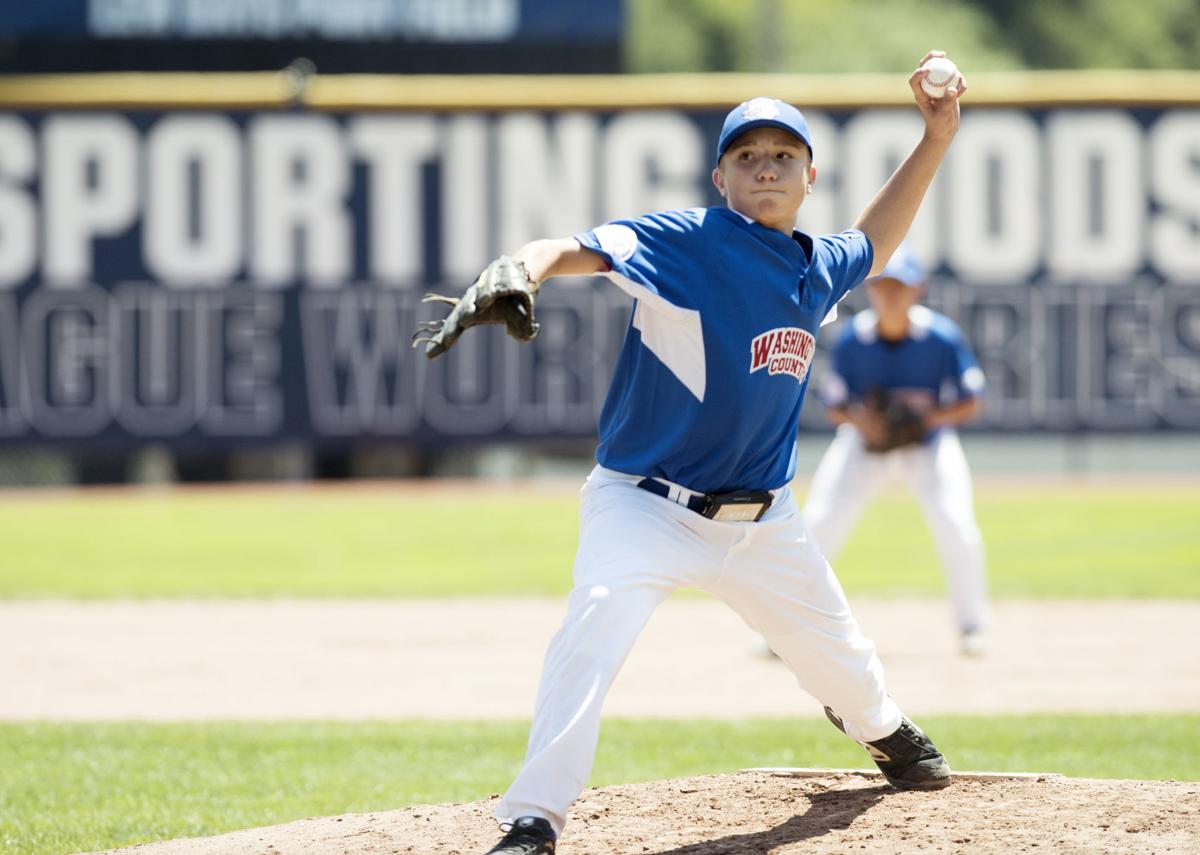 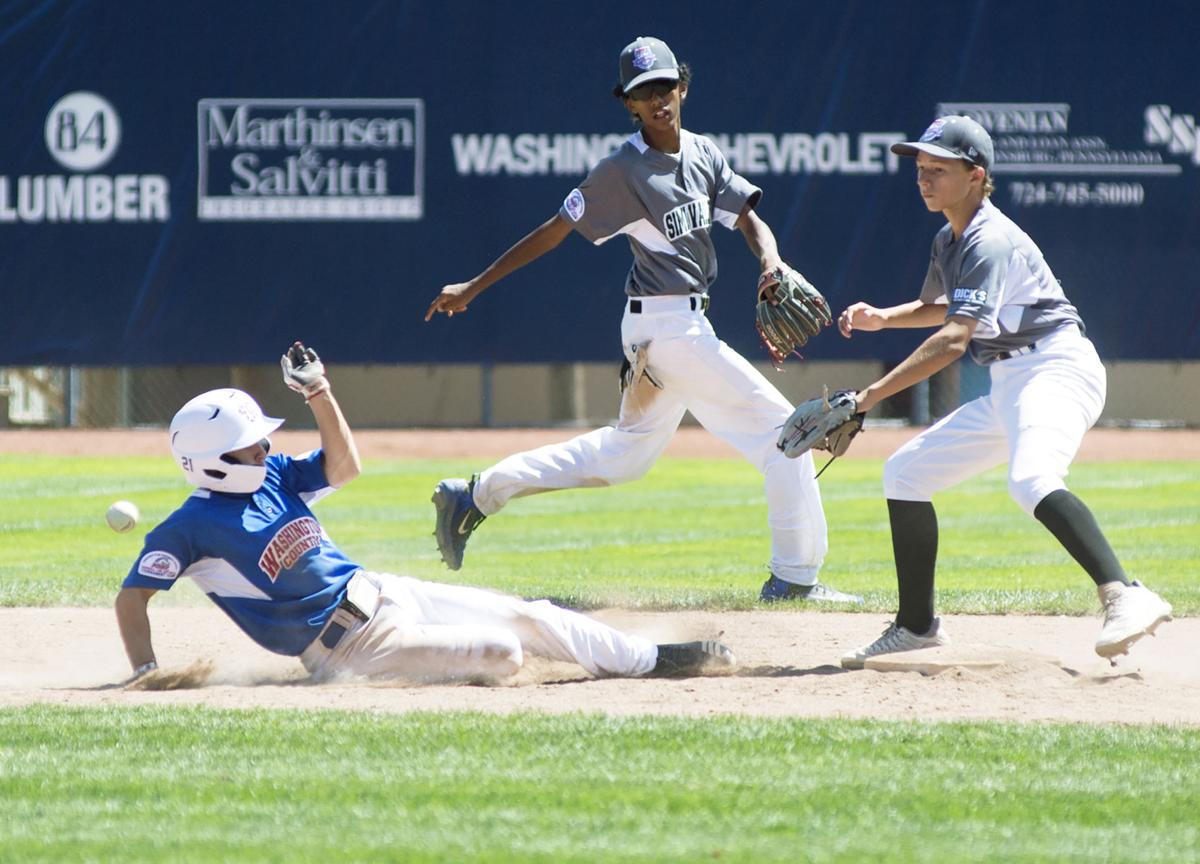 After Washington County’s first two games in the Pony League World Series, here is a quick scouting report, based on what could be gleaned from its performances:

Don’t walk any of the host team’s batters. If you do, then be prepared to swap your baseball spikes for track shoes because the host team is determined to turn the game into a running contest.

Washington County, after turning 11 walks and six stolen bases into a record-setting 23-run offensive output in a win over London on Saturday, was quick out of the starting blocks again Sunday afternoon. The host team stole eight more bases in a stunning 11-1 victory in six innings over West Zone champion Simi Valley, Calif., in a winners’ bracket game at Lew Hays Pony Field.

It was second consecutive run-rule victory for Washington County.

The last time the host team won its first two games in the World Series was in 2001, which also was the last time a Washington team defeated an opponent from California. It also was before any players of the current World Series teams were born.

“I told the guys that I’m proud of them,” Washington County manager Ben Miller said following a postgame gathering with his team. “They were expected to lose their first two games by 10 runs. We had only 28 kids at our team tryout and kept 15, but from Day 1, we’ve told them that our expectation is to win and they’ve bought into that.”

Washington County has gone 2-0 because of its aggressive play on the bases, solid defense, pitchers who are throwing strikes and a few clutch hits.

“We have athletes. We’ve averaged about six stolen bases in the games leading up to the World Series,” Miller pointed out. “We like to do things that could make 14-year-olds make mistakes.”

Andrew Kocan led Washington County at the plate with a two-run single in the first inning and a two-run double in the big fourth inning.

“The difference in the game was we walked too many guys,” said Simi Valley manager Ken Gill, who saw his team issue five walks and hit a batter. All but one of those six baserunners came around to score.

Washington County starter Matthew Smith, a lefty with low arm-slot delivery, scattered three hits over four innings. Each of his three walks came in the fourth inning, when Simi Valley scored its only run on a bases-loaded infield single by Trevor Hansen.

“Matthew Smith has a real quirky delivery and pounds the strike zone,” Miller said. “He’s been our best arm all summer. It takes some time for hitters to get used to his delivery. In games like this, if he can give us two or three innings, then we have the guys in the bullpen who can finish it. It was a plus that he gave us four innings.”

Mason Fixx was hit by a pitch from Simi Valley starter Paul Mellado two batters into the game and advanced to third base on an errant pickoff throw by the catcher. After Jake Egizio walked to put runners on first and third, Washington County executed a perfect double steal with Fixx scoring the game’s first run. Kocan later delivered his two-run single that made it 3-0.

Fixx had a run-scoring single in the fourth, Egizio drove in a pair of runners with a single and Kocan struck again with his two-run double to the gap in right centerfield.

Egizio led off the sixth with a single and Calvin Daniels, who had seven RBI against London, followed with a run-scoring double. Daniels would later score on a wild pitch to make it 11-1.

That was plenty of support for Washington County’s pitching staff, which Miller said is in fine shape.

“We still have our second-best arm ready along with our two best relievers,” he said.

Simi Valley must regroup and play an elimination game at 12:30 p.m. Monday.