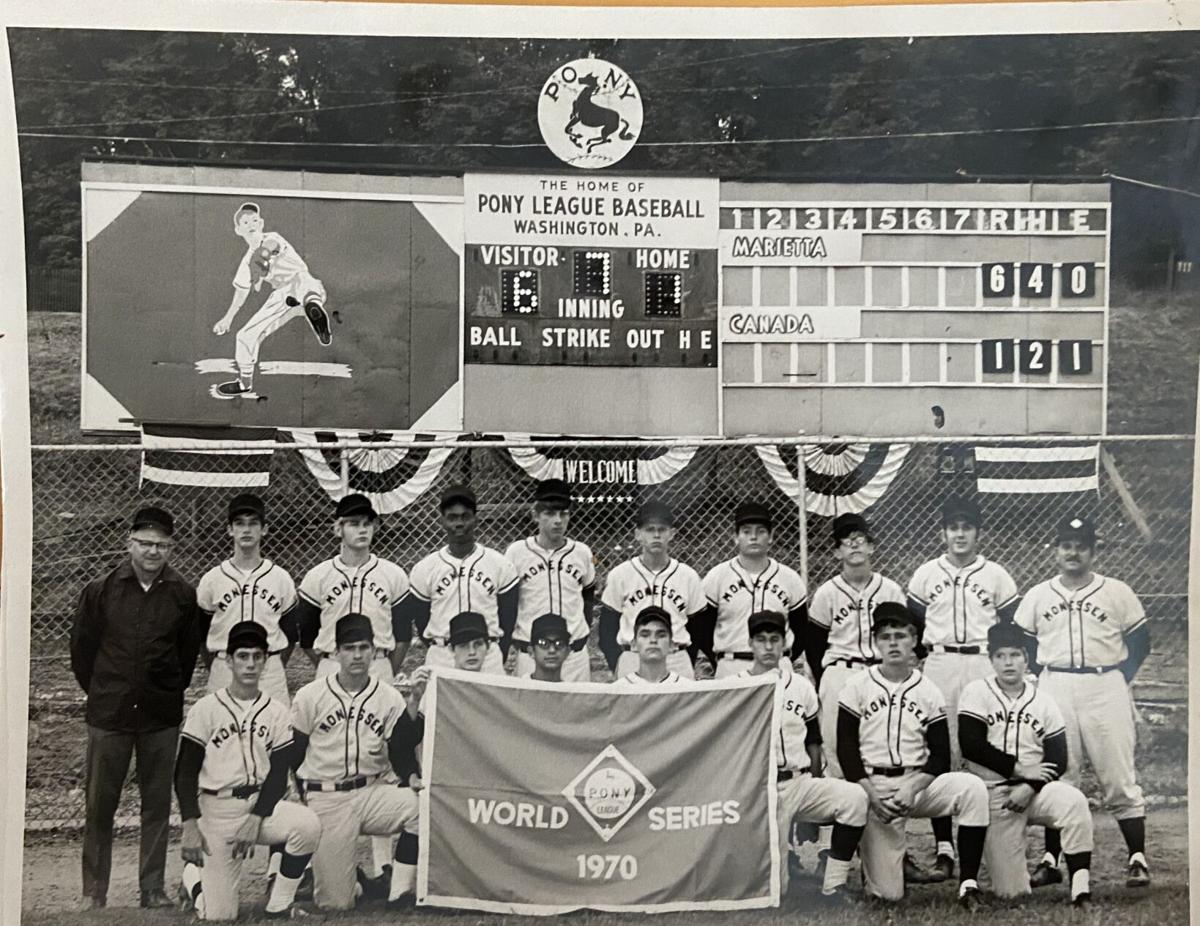 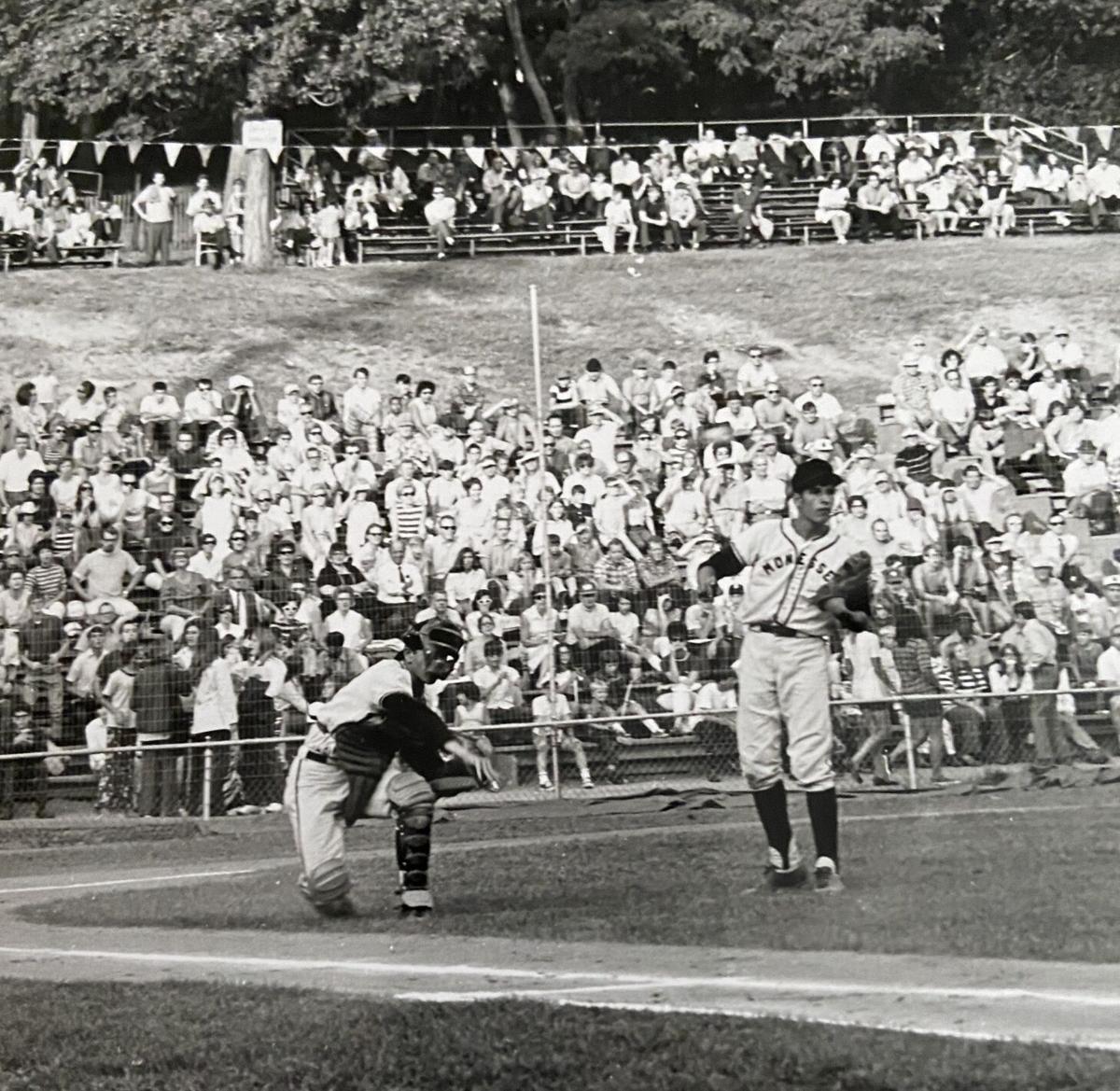 The Monessen team makes a play in the infield during the 1970 Pony League World Series.

The Monessen team makes a play in the infield during the 1970 Pony League World Series.

The journey was as memorable – maybe more – than the final outcome for the 1970 Monessen Pony League World Series team.

Memories of that time remain indelible in the minds of the team members. The heartbreak of a most-difficult loss in the first game of the Pony World Series long ago subsided. But 50 years later, it still hurts a bit to talk about.

Members of the team remain eager and enthusiastic in reliving the experience, and what most of them think was a near-miss in that 1970 Series.

“The team was exceptional,” said Steve Bransburg Jr., an infielder on the Monessen team. “I think, we all thought we had a chance to win it all. We had some studs. It was just a very good group of talented baseball players and athletes.”

“Playing in the Pony World Series was bigger than we realized at the time,” said Frank Ruffalo, another infielder and pitcher. “We had great players, but we were a team. I was amazed by the support we had from the people from Monessen and Rostraver. We had a great following. The World Series and our following made me feel like a celebrity.”

The late Steve Bransburg Sr. was the manager and Ken Codeluppi was his assistant.

Two other important members of the Pony organization in Monessen were John Barton, president, and Alex Karenchak, business manager.

The players were selected from the Monessen Pony League, which included four teams from Monessen, a team from Rostraver and one from Washington Township – both of Belle Vernon Area School District.

The record shows that Monessen went 2-2 in the world series. After an opening 5-4 loss to Buena Park, Calif., the team won consecutive games, a 12-2 romp over Richmond, British Columbia; and a 6-1 decision over Marietta, Ga.

Monessen was eliminated from the double-elimination tournament in a 5-3 loss to Cayce/West Columbia/Lexington, S.C. Other teams in the tournament were Caracas, Venezuela; Honolulu, Hawaii; and Oak Park-River Forest, Ill.

Three of Monessen’s players were drafted into professional sports. Cieply and Frye were drafted by the Pittsburgh Pirates and Benjamin, after a stellar career for Monessen High School, attended Duke University on a football scholarship and was drafted by and played for the Seattle Seahawks. He was picked in the sixth round of the 1977 NFL draft.

“Playing in the Pony World Series was quite an experience for all of us,” Cieply said. “It was pretty heady stuff for 14-year-old kids.”

“Half a century later, it’s still vivid in my mind,” said Ivill. “I can still see all the parents, relatives, family and friends sitting in those stands, cheering and supporting us. Every team member was very well represented.”

“We had a lot of fun together,” Rowland said. “Staying in the dorms at Washington & Jefferson College was a big thing for all of us. Learning about players from all over the country and world was really special. It’s still nice to sit down and talk about it.”

Before earning the trip to the Pony League World Series, Monessen had to earn its way past some traditional programs such as Washington and Monongahela.

No problem. Monessen passed each test.

Monessen qualified for what is now known as the Host Area Tournament with a 7-4 win over Washington in early August. Frye and Cieply combined to pitch a two-hitter and strike out 13.

After defeating North Pittsburgh in the opening game there, the team recorded one of its most significant victories, defeating Monongahela, 4-3. That advanced Monessen to the host division championship game.

In that game, Monessen scored late off of losing pitcher Joe Montana to vault itself to within a victory of the World Series.

The Monongahela team included Ulice Payne – who won an NCAA basketball title with Marquette in 1977, and was drafted in 1978 by the NBA’s Detroit Pistons.

While a number of team members pointed to that victory as pivotal, Ivill said it was just one along the path.

“I really don’t think it was any more important than another,” he said. “In 1970, not a lot of people knew about (Joe Montana) or Ulice. They had a lot of good players. For me, it was another game we had to win. And that’s what we did.”

To that point, much had gone Monessen’s way.

That’s when nature got in the way of the momentum. Opening night of the Pony League World Series was rained out for the first time in what was then the 19-year history of the event.

Monessen and Buena Park finally started to play its game, the second of the Pony World Series. They played 3½ innings until rain forced a postponement to the next day. The problem for Monessen, however, was that Frye pitched four innings and Buena Park’s fireballer, Tom Sabol, only pitched three.

By rule, Frye could not pitch the next day. Pony League rules then required 40 hours rest after pitching more than three innings. Sabol only pitched three and was able to return to the mound the next day.

Compounding Monessen’s problems was that Frye also injured his back in the game. The cause of Frye’s back injury is somewhat of a debate between team members. It’s believed he injured it while slipping on the mound. Nonetheless, he didn’t play again until Monessen’s fourth game in the World Series.

Buena Park built a 5-1 lead as Monessen came to bat in the bottom of the seventh.

But Monessen rallied against Sabol. Aiken drew a pinch-hit, leadoff walk and Ivill smashed a one-out single before Bachuchin ripped a triple to make it 5-3. Bachuchin, who tied a World Series record in the game – set earlier in the contest by an opponent – with four stolen bases, scored on a Cieply groundout. Sabol recorded the final out.

The what-ifs, that still remain, were menacing to Monessen.

“We felt we were as good as anyone, especially with Vince pitching,” said Ken Codeluppi, who was 21-years-old at the time. “We told the umpires they had to let us bat on the first night, forcing (Sabol) to throw one pitch in the bottom of the fourth to keep things level. We said to them, ‘you can’t stop this now.’ They called it.

“It was a game-, tournament-changer. That decision made a difference on the tournament. That, along with not having Vince, I think, it left our morale a little down.”

“That was really unfortunate for us,” said Gary Codeluppi, the coach’s brother and the shortstop. “The Buena Park game was a tough one. That changed things for us.”

Said Bachuchin: “We felt going in we had a chance to win it. After the rain and the loss, we still felt we could come back and go all the way. We all know how fickle baseball is. A couple things happen, and things can go the other way.

“We played baseball all summer and we had come together as a team and as friends. When it was over, it was a big letdown.”

Fight to the finish

Monessen overcame the loss of Frye and the disappointment of losing the opening game. The team rebounded with the two victories to stay alive.

Zelenko and Aiken combined to score five runs, get five hits and drive in three in the win over Richmond. Shepler and Ruffalo had a hit and an RBI each. Benjamin scored two and drove in two. Cieply pitched a two-hitter.

Zelenko followed with a two-hitter against Marietta. He added two hits. Nine of the 10 who played for Monessen recorded a hit.

In its final game, Monessen trailed 2-0 into the sixth but rallied for three runs to take the lead. Ruffalo walked, Ivill and Bachuchin had consecutive bunt singles. An error allowed two to score and Bachuchin beat a throw to home to push Monessen ahead.

Unfortunately, Cayce rallied for three runs in the bottom of the inning and Monessen’s dreams and hopes were dashed.

“The World Series was the highlight of my sporting life,” said first baseman Bruce Breuer. “We had a great group of guys, special athletes that became a great team. The parents were great and so helpful. It was a great experience.

“It’s too bad we didn’t win the World Series.”

“The players developed a mutual respect,” Zelenko said. “We had a lot of fun in the postseason. We all made it a fun and tremendous experience. We had a little bad luck.”

“The whole thing is kind of surreal,” Como said. “I still think if Vince didn’t hurt his back, things may have been different. What a great experience for a 14-year-old kid.”

The team celebrated a 25th reunion at City Park in Monessen in 1995. A 50th reunion was planned for next month but it has been canceled because of the pandemic.

Bachuchin, the organizer of the reunion, said the team will try and get together next year.

“We were planning to go to this year’s Pony World Series together,” he added.

The Pony World Series was canceled this year, thwarting Bachuchin’s and his teammates’ plans.

Nothing, however, will dampen the spirit of that team.

“At the time, I thought I was just playing in a baseball game,” Shepler said. “I realize now what a big deal it was. What an experience. The games were on the radio, people would come up and ask for an autograph. That was amazing.”

Ken Codeluppi dubbed 1970 as “The Summer of Glory” for the Monessen team.

“We had no type of distractions,” he added. “They trusted and respected one another. That was a special team. We just had talented, nice kids.”