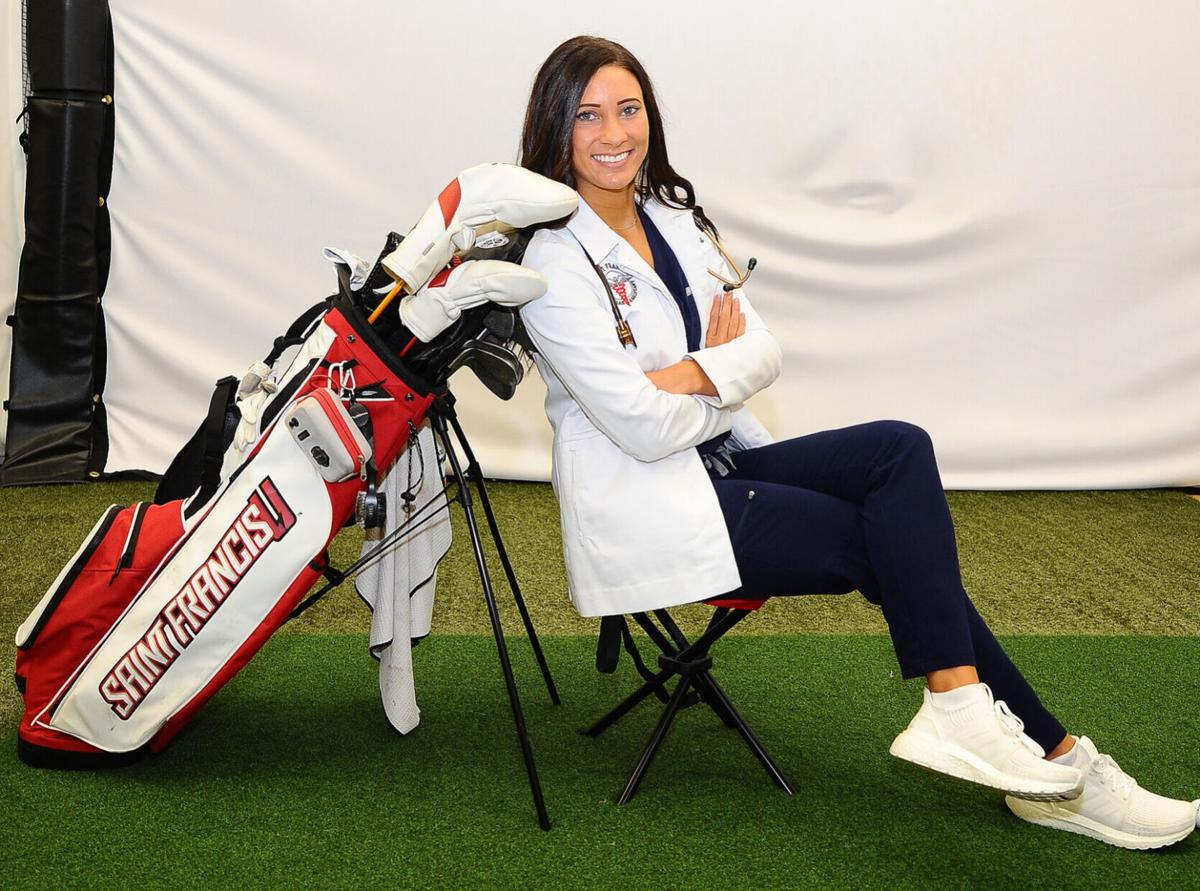 McMurray native Synclaire Kuhn golfed for four years at St. Francis University in Loretto. She bypassed a fifth year of eligibility to enter the medical field. 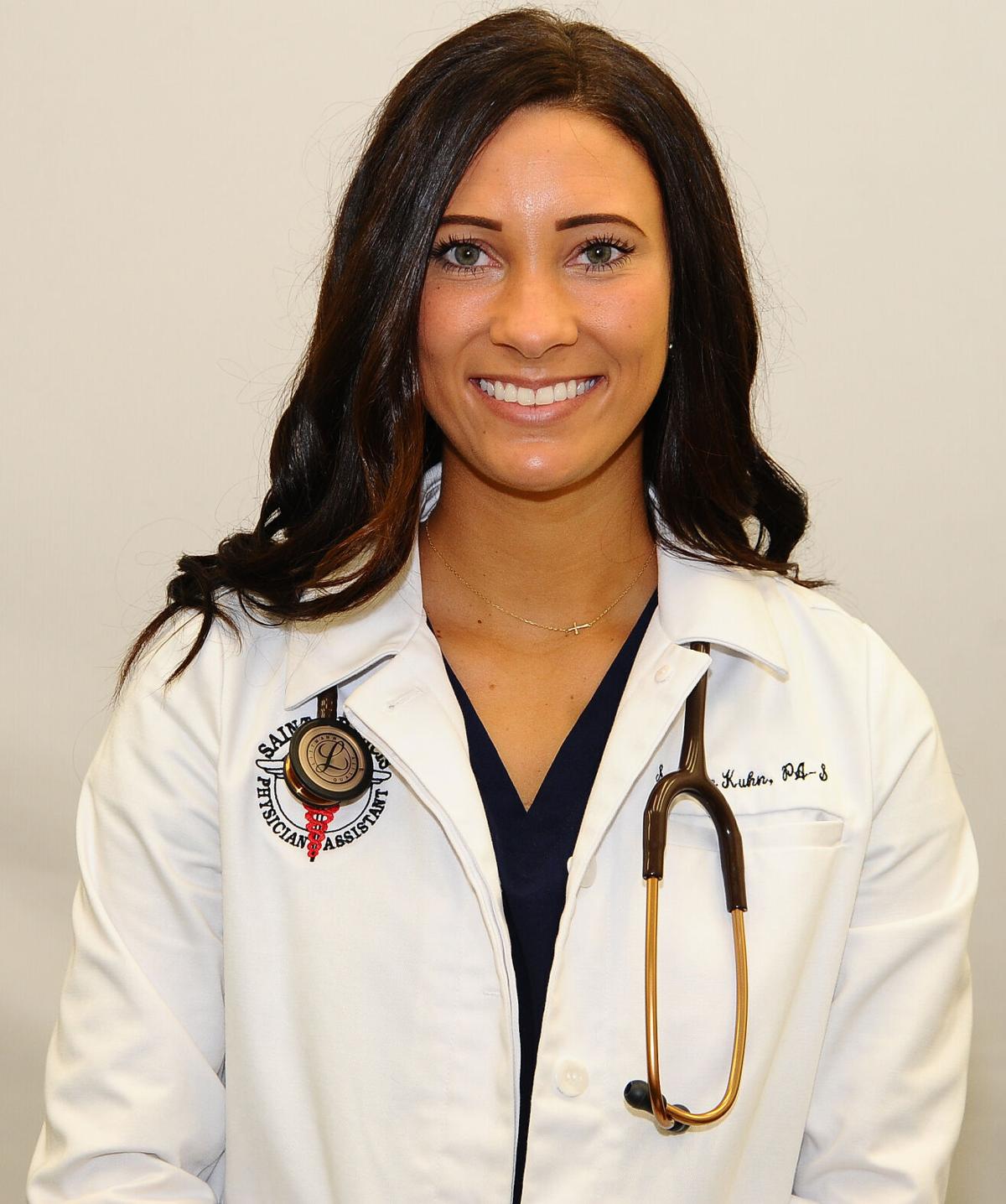 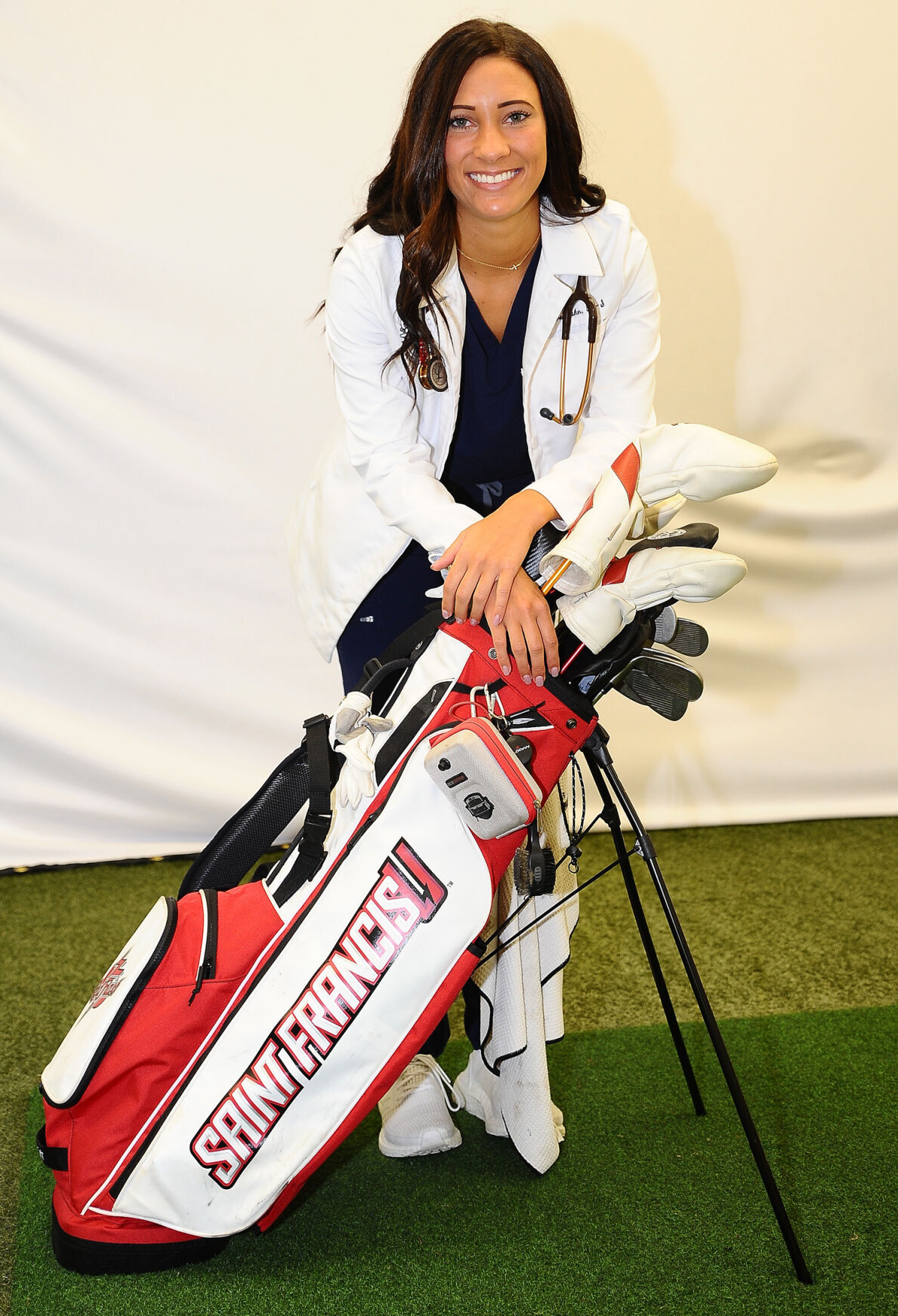 McMurray native Synclaire Kuhn golfed for four years at St. Francis University in Loretto. She bypassed a fifth year of eligibility to enter the medical field.

Though she had a year of eligibility remaining, Synclaire Kuhn traded her golf clubs for medical scrubs when the coronavirus pandemic canceled her final season of golf at St. Francis University.

In May, she completed the curriculum for a bachelor of science degree in health science and earned a master of physical assistance science degree.

After Kuhn completes her clinical rotation and passes an exam, she will be a nationally certified physician’s assistant and can practice in any specialty she chooses.

“Honestly it wasn’t hard,” Kuhn, a McMurray native, said about giving up golf.

“Everybody’s going pro in something. I’m going to be a P.A. That’s what I’m passionate about,” she added. “Golf got me through school. It’s a part of my life. It’s not going anywhere. If I’m lucky, I will be able to play again. Maybe not at that level though.”

During her four-year career at St. Francis, Kuhn posted five top-5 and four top-3 finishes. She finished in the top 20 three times in conference championship action. Kuhn won the LaSalle Invitational and finished as runner-up in the Mount St. Mary’s Duals. She also was recognized multiple times as a Northeast Conference Prime Performer for women’s golf.

As a senior this spring, Kuhn captained St. Francis to a runner-up showing at the Lonnie Barton Invitational played at the LPGA International Golf Course in St. Augustine, Fla. She posted rounds of 73-74-75 for a 305 total as the Red Flash finished ahead of four of its NEC rivals in the 14-team event. Additionally, she competed well in the Kiawah Island Classic in South Carolina and in Daytona Beach.

The spring break trip would prove to be her last NCAA competition. Six hours after the squad returned to Loretto, Kuhn and her teammates learned the NCAA postponed all sports for 2020.

“It was really unexpected and brutal,” said Kuhn. “To have it all taken away literally overnight was hard to deal with.”

Kuhn said she couldn’t take advantage of her extended eligibility because she would be “a fifth year with clinical,” making golf impossible.

Kuhn said she did, however, find comfort in her finale.

Kuhn is now beginning her clinical rotations. She said she will cycle through nine medical specialties during five-week stints. In a program Kuhn likens to a “residency” she has completed family practice and women’s health.

Currently, she is studying behavioral medicine.

“It’s crazy; never a dull moment,” she said. “The rotations are random. They try to fit us in. Honestly, none is harder than the other. We see everything and you never know what the complaint is going to be. I am enjoying it so far. I like helping people, caring for them and making them feel better.”

Kuhn said she is currently leaning toward focusing her efforts in women’s health, dermatology or pediatric-oncology.

She said one of the reasons why she did not pursue a career as a medical doctor was flexibility. She does not have to specialize as a physician’s assistant.

“It’s a versatile field,” she said. “You don’t have to pick an area and stay with it forever. You can switch and not be stuck in one realm.”

Kuhn started playing golf with her father, David, who is the coach of Peters Township’s boys team.

By age 7, she was competing. By 2014, the now 22-year-old was the Keystone Premier Golf Association’s Female Golfer of the Year.

A four-time WPIAL individual finalist, she led Peters Township to a section co-championship in 2014 and back-to-back WPIAL runner-up finishes in the team competition. The Indians also qualified for the PIAA Championships.

Kuhn said she St. Francis because the school boasts Division I athletic programs and is top 30 in the country among schools offering a physician’s assistant program.

Kuhn negotiated a balancing act between academics and athletics. She would lift weights at 6 a.m., then attend classes from 8 a.m. to 4 or 5 p.m. She would then practice for two to three hours before eating dinner and rounding out her day by studying in the library until it closed at midnight. Weekends were reserved for travel to golf matches.

“Then do it all over again,” she said. “In my head, I told myself it was short-term. It was hard, for sure. I was lucky to make it work.”

“It’s all time management,” she said. “It’s absolutely doable if you manage your time well.”

Kuhn said she is focusing on doing her best as a medical professional.

“My only goal, really, is to help people get better,” she said. “As long as I help people, I will be really happy. I want to be a reliable health care provider who people trust. That’s the biggest part of being a PA. People literally put their lives in our hands. That’s special.”

Food: Peanut Butter. "I love anything with it."

Color: Cream. "All my clothes are that color so it's easy to match."

Who would play you in a movie: Everybody says I look like Meghan Fox or Selena Gomez

Dream Destination: A safari in Africa. I'd love to see the animals in the Serengeti National Park during the four seasons.

Person you would like to have dinner with: Melissa McCarthy. "I thinks she’s hilarious."

In 15 years, I will be: "A reliable health care provider, one people can trust."

Synclaire Kuhn can dance as well as golf.

During her scholastic years at Peters Township, she belonged to the Junior Tamburitzan organization. In fact, if Duquesne had had a women’s golf team, Kuhn could have performed with the university’s ensemble.

For Synclaire, the Tamburitzans runs in the family. Both her grandparents, aunt and uncle performed with the group that preserves and perpetuates the Croatian culture and music. Additionally, her mother was a Junior Tamburitzan.

Currently, Karsyn Kuhn is a full-fledged Tammie as well as a nursing student at Duquesne.

Synclaire added she might have ended up going to Duquesne but while the university had the Tamburitzans as well as a P.A. school, it did not have a varsity women’s golf team.

So Synclaire ended up in Loretto at St. Francis, known as the College Among The Pines, and for its interminable winters.

“The winters were crazy. Awful, cold and long,” Synclaire said. “We never saw grass until we went on our spring break trip. Walking across campus with our golf clubs in a snow storm was always fun.”

Place Synclaire Kuhn in the pro column for the resumption of sports during the coronavirus pandemic.

The Peters Township High School graduate golfed at St. Francis University but had her final season canceled because of COVID-19. She is currently doing her clinical rotations prior to becoming a certified Physician’s Assistant.

“It’s a really hard decision for all,” Kuhn said of leagues like the WPIAL and PIAA as well as the NCAA schools and administrators.

The decision could be made on a sport-by-sport basis or degree of contact and the nature of the sport, Kuhn suggested. She said golf and football are two totally different things.

Golf, swimming and tennis are fine compared to all of the contact sports but how do you tell those athletes they cannot play. That’s another boatload of issues,” she said.

“Is it more an equality, inclusion issue of all or no sports rather than a safety issue?” she asked.

“If it benefits more kids than none that would be ideal. At the end of the day though the decision must be made based on what’s best for the safety of all.”