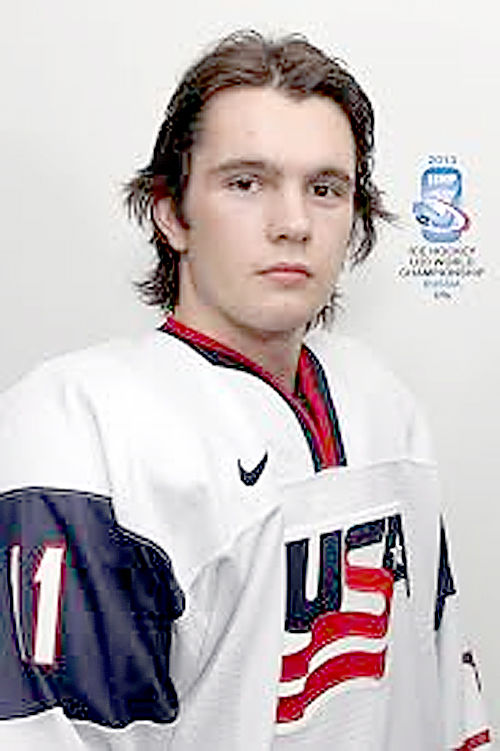 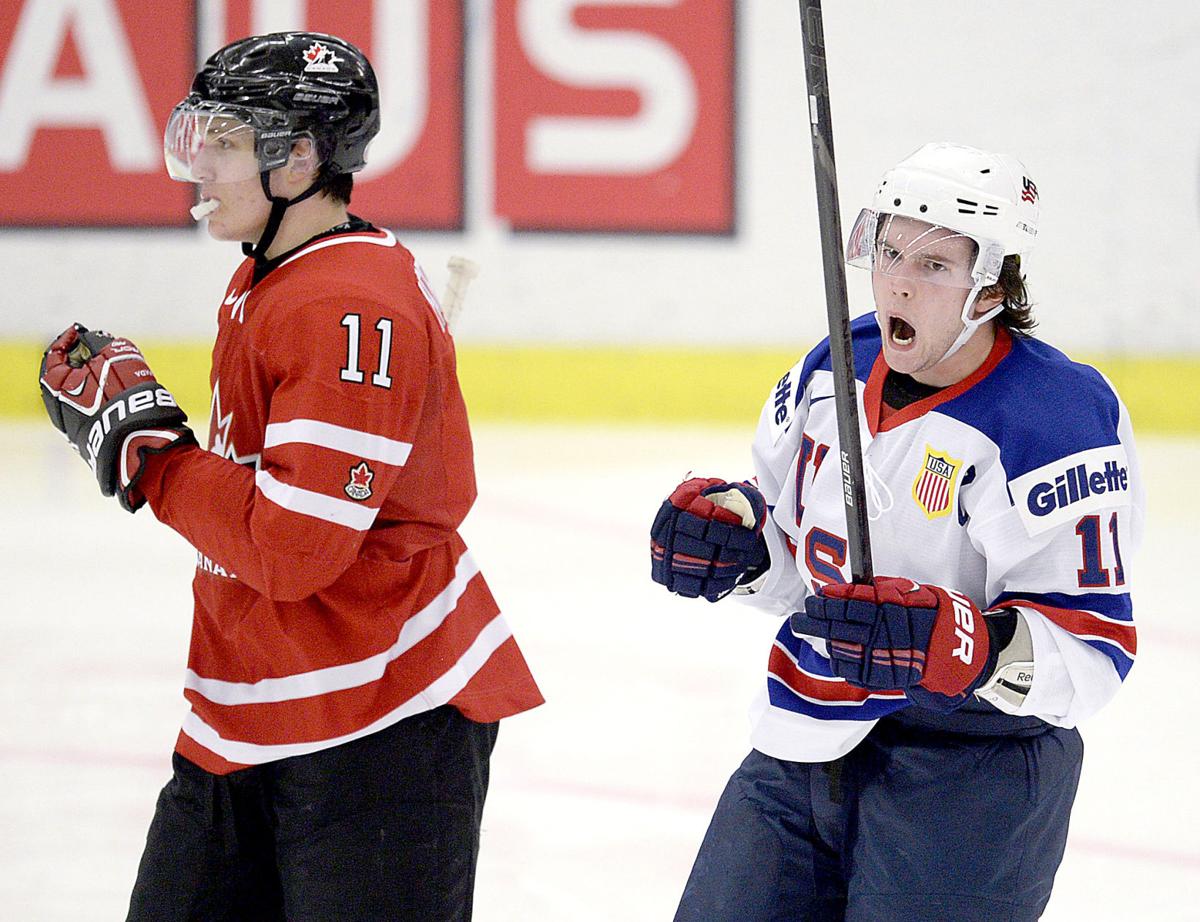 USA’s Riley Barber, right, celebrates his goal as Canada’s Bo Horvat skates past during the second period of a 2014 game at the World Junior Hockey Championships in Malmo, Sweden. Barber is a Washington native and was acquired by the Penguins Thursday.

USA’s Riley Barber, right, celebrates his goal as Canada’s Bo Horvat skates past during the second period of a 2014 game at the World Junior Hockey Championships in Malmo, Sweden. Barber is a Washington native and was acquired by the Penguins Thursday.

By Thursday evening, the Barbers – who reside in Michigan – were headed to Pennsylvania and a new opportunity. Riley Barber, who attended elementary school at John F. Kennedy Catholic School in Washington, was traded to the Pittsburgh Penguins Thursday. He was assigned to the Pens’ AHL affiliate in Wilkes-Barre Scranton.

Barber, who turned 26-years-old earlier this month, was acquired along with fellow forward Phil Varone from the Montreal Canadiens in exchange for Joseph Blandisi and Jake Lucchini. Varone will join Barber at Wilkes-Barre Scranton.

The family is elated, if not a little fatigued, with the transaction.

“We’re thrilled,” Stacy Barber said. “Riley is super excited. It’s funny how things work out. It was good we were in Quebec to help him get his stuff packed and get him moving to Wilkes-Barre-Scranton.

“There was a lot to do. Growing up, the Penguins were his favorite team. We had no idea.”

Riley Barber, a sixth-round draft choice of the Washington Capitals in the 2012 NHL Entry Draft, played forward at the University of Miami (Ohio). He was not available for comment Thursday.

He had 13 goals and 18 assists in 39 games for Laval Rocket this season.

Barber will be a Group 6 unrestricted free agent this summer. He is not exempt from waivers, which means if he is recalled by the Penguins, he could not be returned to Wilkes-Barre Scranton without clearing waivers.

He is expected to make his Wilkes-Barre Scranton debut Friday when the team hosts the Hershey Bears at 7:05 p.m. at Mohegan Sun Arena. Barber played 237 games for the Bears while a member of the Capitals’ organization.

“That’s the plan,” Stacy Barber said, while in route to Pennsylvania.

According to a tweet made by Penguins historian, Bob Grove, Don Barber set up the eighth and final goal of Penguins’ Coach Mike Sullivan’s rookie season with the Sharks at Boston on March 23, 1992.

Riley Barber made his NHL debut Feb. 24, 2017 with the Capitals against the Edmonton Oilers.

On Dec. 7, 2018, the Capitals recalled Barber from Hershey after placing T.J. Oshie on injured reserve, though he did not play. Barber led the Hershey Bears with 18 points in 20 appearances for the season before being recalled.

After participating in the Canadiens’ training camp, Barber was waived Sept. 24. He was reassigned to Laval Rocket to begin the 2019-20 season.

Barber led Laval Rocket in points with 18 (six goals and 12 assists) in 21 games. The Canadiens recalled Barber Dec. 8. He returned to Laval after a short stint in Montreal.

He has no goals or assists in his 12-game NHL career, nine played with Montreal this season.

“Us being in Quebec today helped speed things up for him,” Stacy Barber said. “He didn’t have anyone there with him and it makes it easier to move.

“It would make things more difficult having to move more than yourself. I don’t know how players with families who have kids do it.”