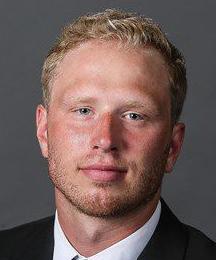 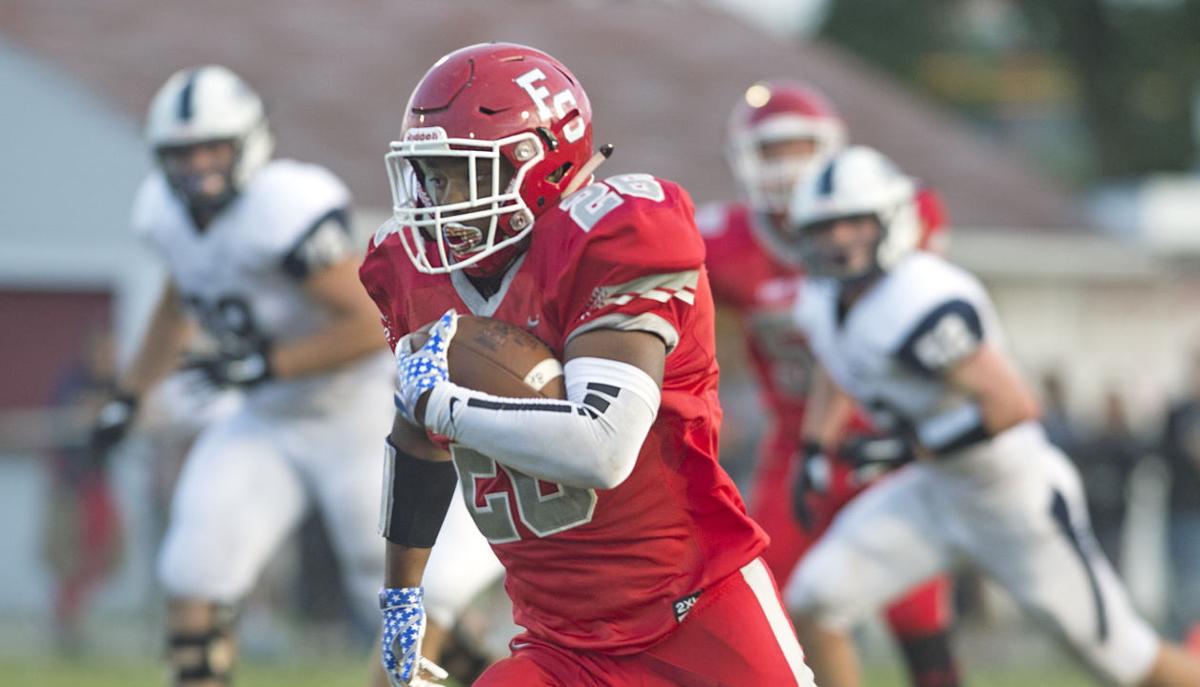 First-year Fort Cherry football coach Tanner Garry is trying to get his alma mater back to what it once was. The Rangers have lost 18 straight games entering the upcoming season. 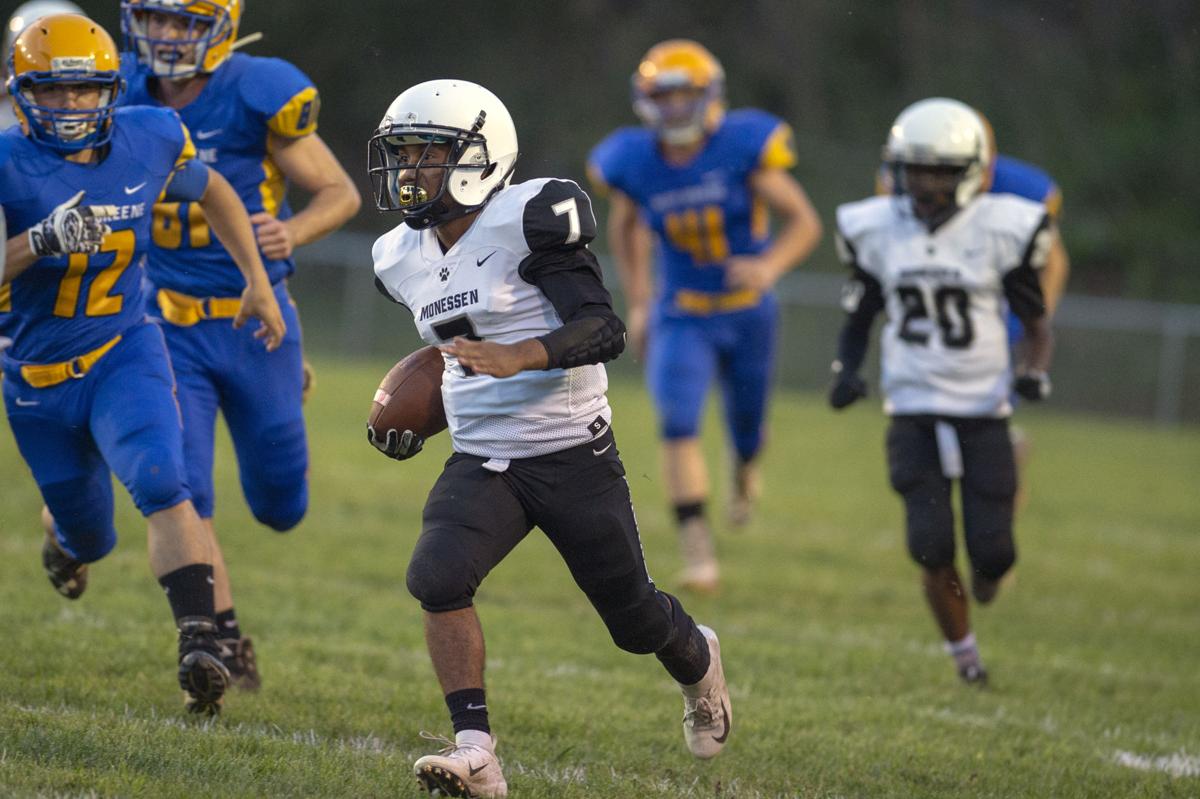 Struggling with numbers, new Monessen football coach Shane Swope is hoping to turn the Greyhounds into what they used to be.

First-year Fort Cherry football coach Tanner Garry is trying to get his alma mater back to what it once was. The Rangers have lost 18 straight games entering the upcoming season.

Struggling with numbers, new Monessen football coach Shane Swope is hoping to turn the Greyhounds into what they used to be.

Tanner Garry can pretty much speak for everybody.

But for Garry, who is one of four area high school head football coaches who will begin their first season in only a few months, every day the coronavirus pandemic continues to cause separation creates a little more aggravation.

Shane Swope was hired as the Monessen football coach in February. Ron Gallagher was promoted from assistant to head coach at Carmichaels in January and Brady Barbero was hired at Charleroi last week.

Time already isn’t on the side of high school football teams, who aren’t allowed to have offseason workouts until at least July 1. Having such a delay while trying to create an ever-so-important football culture and breathe life back into a program makes it even more challenging.

Turning around programs is exactly what Garry and Swope are trying to do, and both are varsity head coaches for the first time. Garry was an assistant under Joe Rossi at South Fayette before accepting a job at his alma mater in early December. Swope was an assistant at Yough for four seasons.

The two now cherish the time they were able to get with their new teams prior to COVID-19.

“Being there for a month or so did wonders,” Swope said. “When I first got hired, the school granted me a lot of flexibility to come in earlier and spend time during lunch periods to build relationships. That’s helped so much since all of this came down. My main goal here is changing the culture. There weren’t a lot of good work habits.”

Monessen was struggling to even finish last season. In their final regular-season game, the Greyhounds had only 13 players in uniform and six of those were seniors. They finished the year with a 4-6 record and in fourth place in the Tri-County South Conference standings, missing the Class A playoffs.

“When I first got hired there was some skepticism,” Swope said of the roster numbers. “In my introduction meeting, there were about 28 kids who were there. I’m confident we’ll have at least 23 kids. There are a few kids on the fence, so there is a potential to go over 30. If you would have told me that we could get our number back up to 20, then I would have been happy with that.”

After being hired, Garry had about three-and-a-half months to begin creating a winning culture again. Last season, Fort Cherry went 0-10 and scored 22 total points. The Rangers had a 2-8 record in 2018.

The Rangers also had number problems. They had a little more than 20 players last year in Class 2A. Garry has the current roster all the way up to 41.

The Rangers dropped to Class A in the new football realignment. They are in a conference with Burgettstown, Cornell, Northgate, Our Lady of Sacred Heart, Rochester, Shenango and Union.

“It would be really hard to have these meetings if they hadn’t had some face time with me at all,” Garry said. “We put time in the weight room. In that time I saw the kids grow, get faster and stronger. It was all just halted right away, which is hard to see from a coach’s standpoint.

“Trying to create and maintain a culture while being away from the kids is a challenge,” Garry continued. “The only way you can do that is by still showing them what is important. It’s important to show up to meetings, watch film and spend every day trying to better yourself.”

Both coaches are trying to do everything to hit the ground running in July. Garry has virtual meetings with his players on Mondays and Wednesdays, even splitting those video chats into different positional groups. Swope said they are in the process of starting virtual meetings.

Swope said he and his seven assistants have turned to Hudl to watch last year’s games. Many of Monessen’s opponents from last year won’t differ as the only changes made to its conference, the Tri-County South, is the addition of Carmichaels, which is dropping from Class 2A, and the loss of Chartiers-Houston. The Bucs are moving up to Class 2A.

“We are all heavily involved and invested,” Swope said. “The most important thing is when we are able to get around the kids, there can’t be any lag time. Our goal is getting all of us on the same page now so we can hit the ground running. We are doing the best we can. There have been a lot of long phone conversations.”

The only conference opponent that remains the same this year for Fort Cherry is neighboring Burgettstown, which also moved down to Class A after a pair of unbeaten regular seasons in 2A.

“Film we have from last year is from opponents we won’t be playing,” Garry said. “I’m trying to learn every day but there is only so much you can do in terms of preparation. I have learned a lot through social media, seeing what other coaches from around the area are doing. I am trying to keep myself as busy in any way that I can. This has definitely been unique.”