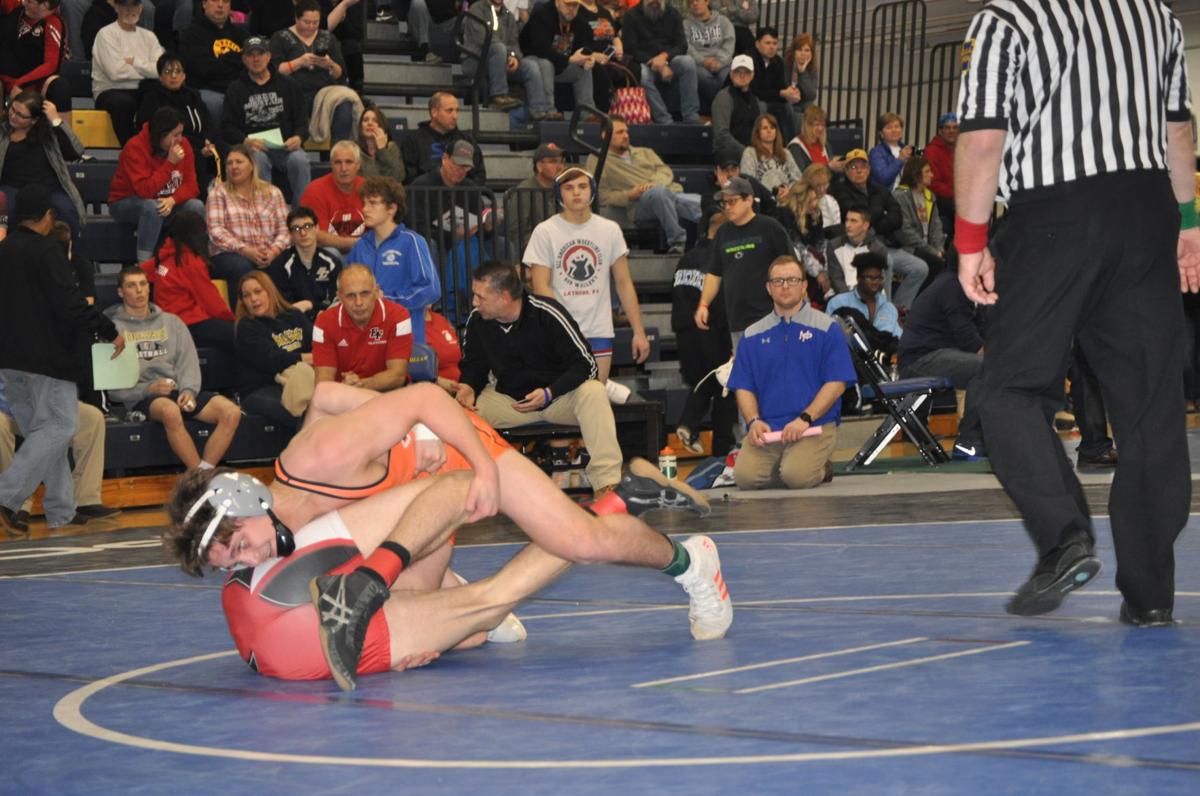 Gavin Teasdale of Jefferson-Morgan works to turn Mike Kiester of Elizabeth Forward in the 126-pound semifinal of the WPIAL Section 2 Tournament at Canon-McMillan Friday. Teasdale won by 18-2 technical fall. 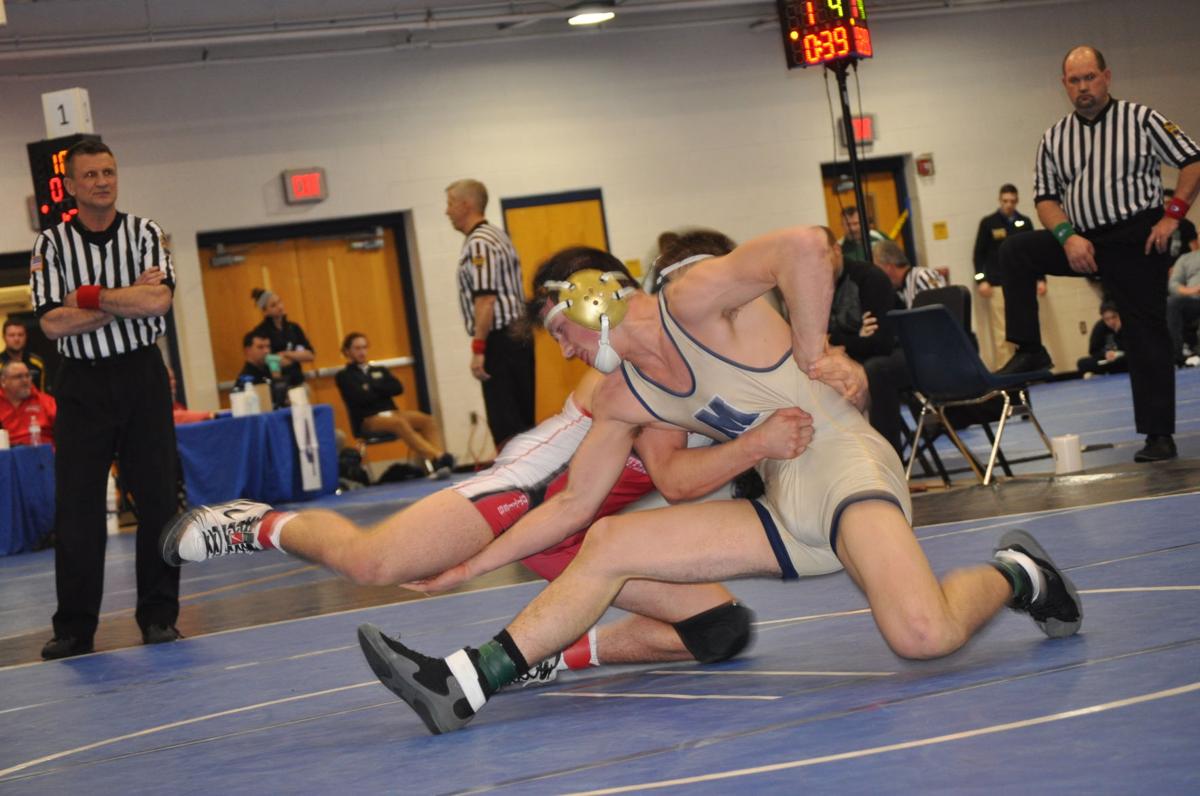 Christian Clutter of McGuffey goes for the leg of Jaden Datz of Southmoreland during their 170-pound bout in the WPIAL Section 2-AA Tournament at Canon-McMillan High School Friday. Clutter won a 6-2 overtime decision.

Gavin Teasdale of Jefferson-Morgan works to turn Mike Kiester of Elizabeth Forward in the 126-pound semifinal of the WPIAL Section 2 Tournament at Canon-McMillan Friday. Teasdale won by 18-2 technical fall.

Christian Clutter of McGuffey goes for the leg of Jaden Datz of Southmoreland during their 170-pound bout in the WPIAL Section 2-AA Tournament at Canon-McMillan High School Friday. Clutter won a 6-2 overtime decision.

But they put on an entertaining wrestling match.

In this version, Clutter, a junior from McGuffey, got the better of Datz, a senior from Southmoreland, 6-2 in overtime to win the WPIAL Section 2-AA championship Friday at Canon-McMillan High School.

“It just goes back and forth,” said Clutter. “Last year at sections, I lost to him. Wrestled him at WPIALs and beat him. It’s just back and forth with him.”

The match was tied 1-1 in regulation but Clutter outscored Datz 5-1 in overtime periods. As the two passed each other on the way to their respective corners, a few more words were exchanged.

“I don’t have a problem with him,” Clutter said. “It’s just the wrestling. When I get out there, it’s just a different mode.”

The top four wrestlers in each weight class advanced to today’s WPIAL Class AA Championships, which also will be held at Canon-McMillan.

Gavin Teasdale, a three-time state champion from Jefferson-Morgan, was back in action after a nearly two-week hiatus while the PIAA Team Tournament was going on. He showed no rust in winning an 18-2 technical fall against Mike Kiester of Elizabeth Forward in the Section 2 semifinals at 126 pounds.

Teasdale won his fourth section title with a pin of Shawn Broadway of Derry in 3:40.

Teasdale is trying to become the 28th wrestler to win four WPIAL titles. The last person to accomplish it was Spencer Lee of Franklin Regional last season.

The last area wrestler to accomplish the feat was Jared Walker of South Fayette in 2015.

Dalton Lough, a teammate of Clutter’s at McGuffey, also had a memorable night. The 195-pound senior won his 100th career match in the semifinals with a pin of R.J. Buchina of Elizabeth Forward.

But it was career win No. 101 that gave him the section title. He made a first-perior takedown stand for a 3-1 decision over Zach Charlesworth of Mt. Pleasant.

“I knew I was going to go out there and win my 100th,” said Lough, who joins teammates Clutter and Luke Shingle in the Century Club. “I’m always a little nervous but I just clear my mind and try to wrestle to the best of my ability.”

Connor Main of West Greene also got his 100th win with a pin of Nick Wardropper of Elizabeth Forward in 3:11. Main lost in the Section 2 semifinals but came back to finish third in the weight class.