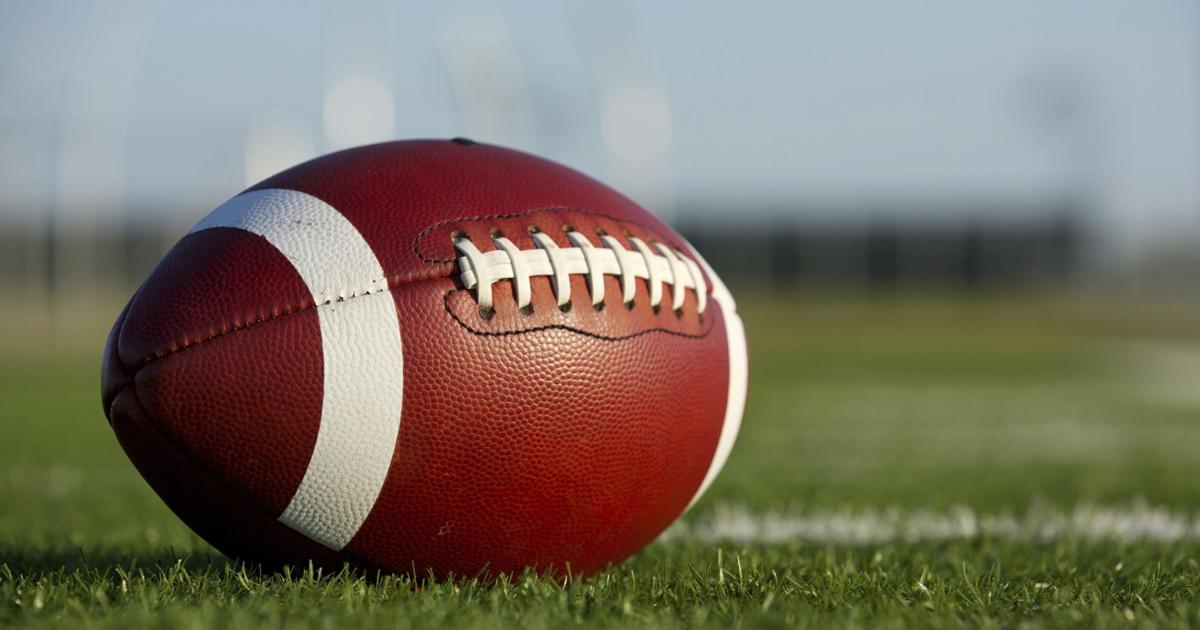 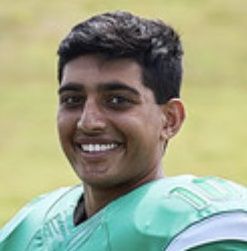 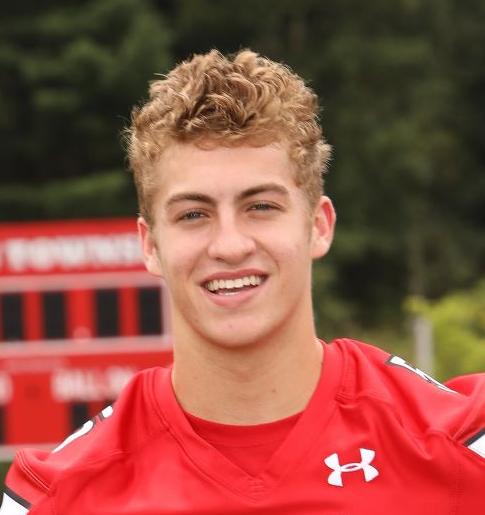 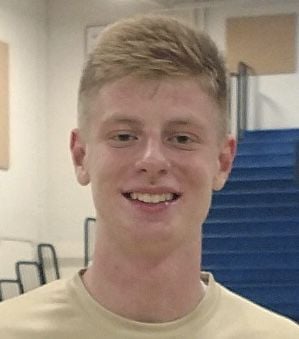 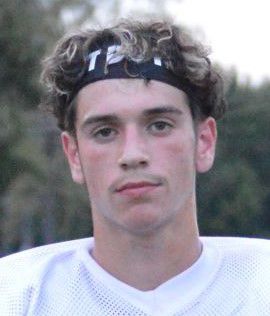 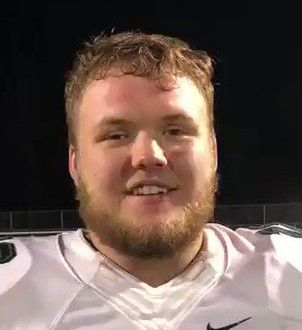 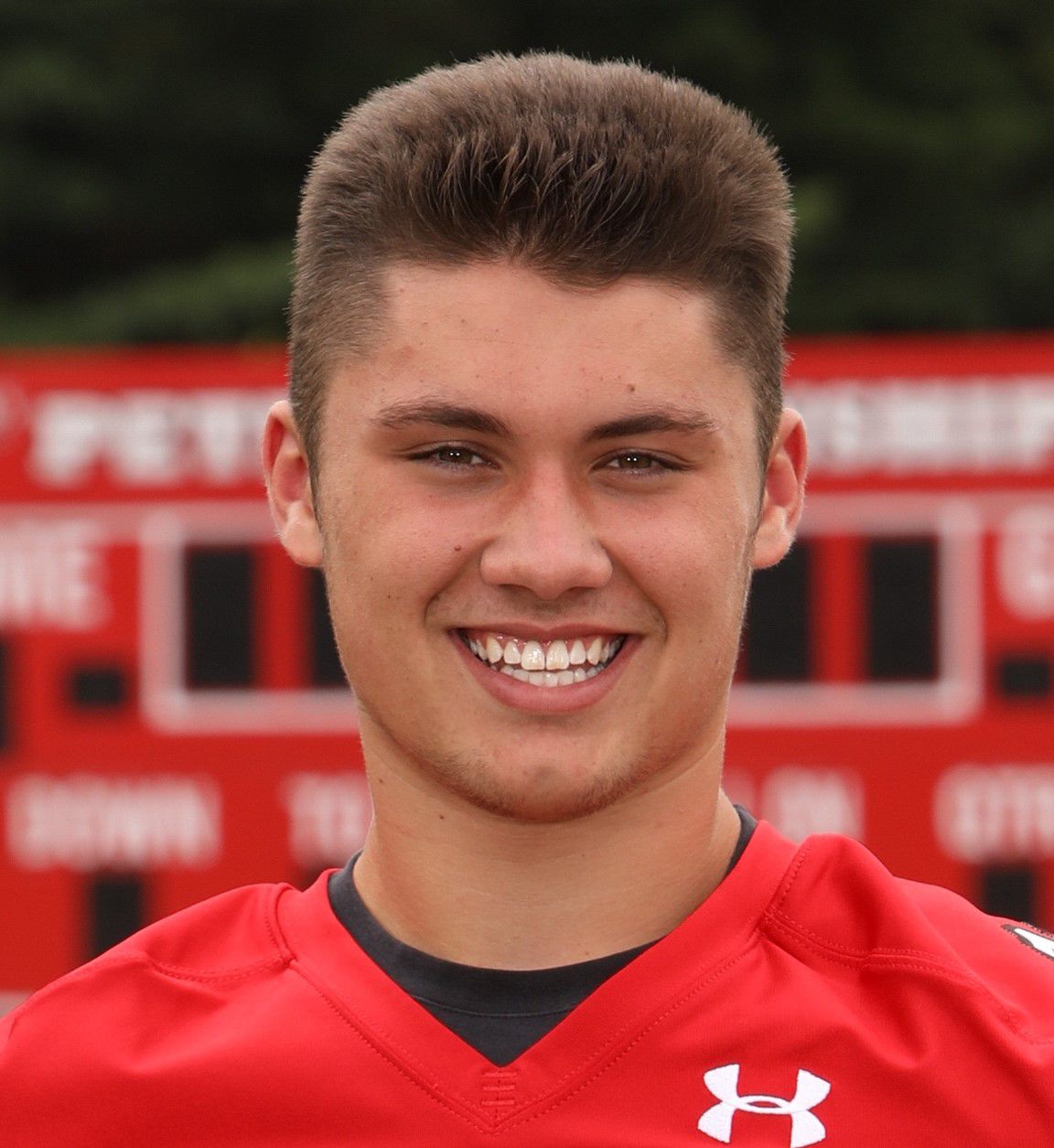 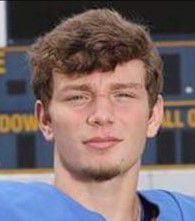 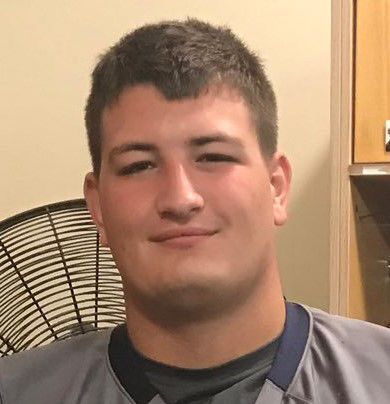 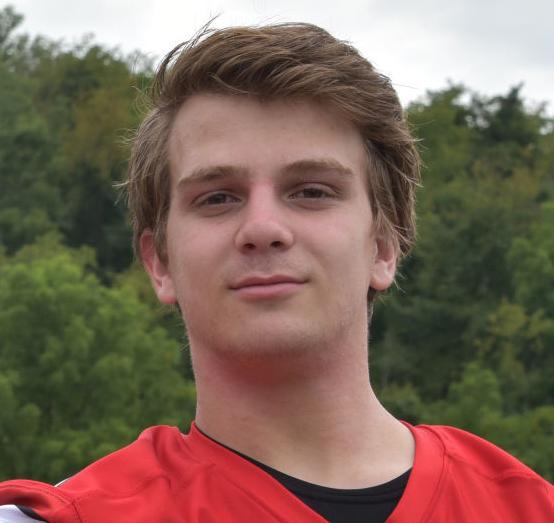 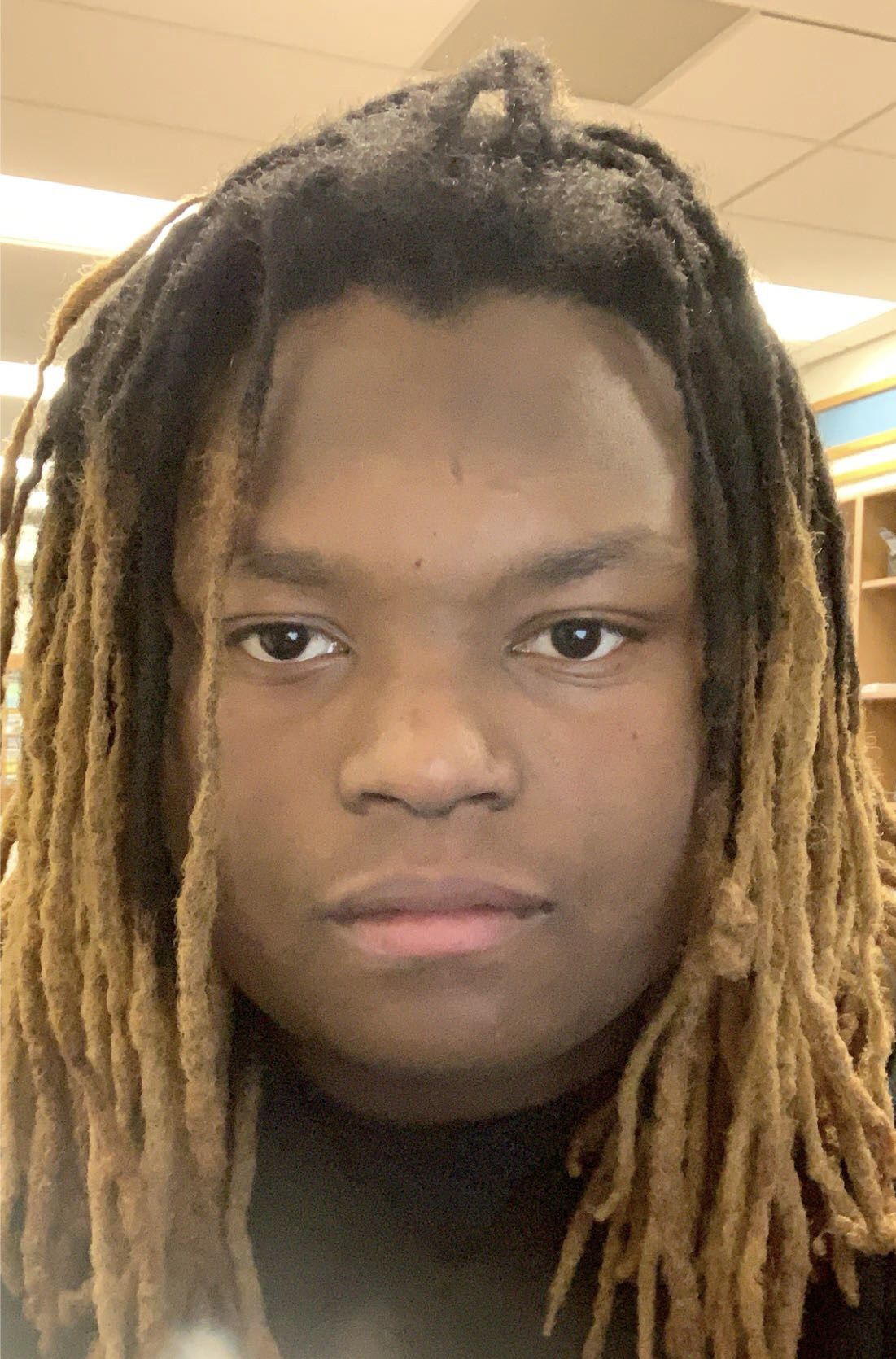 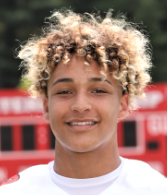 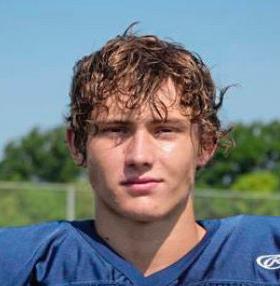 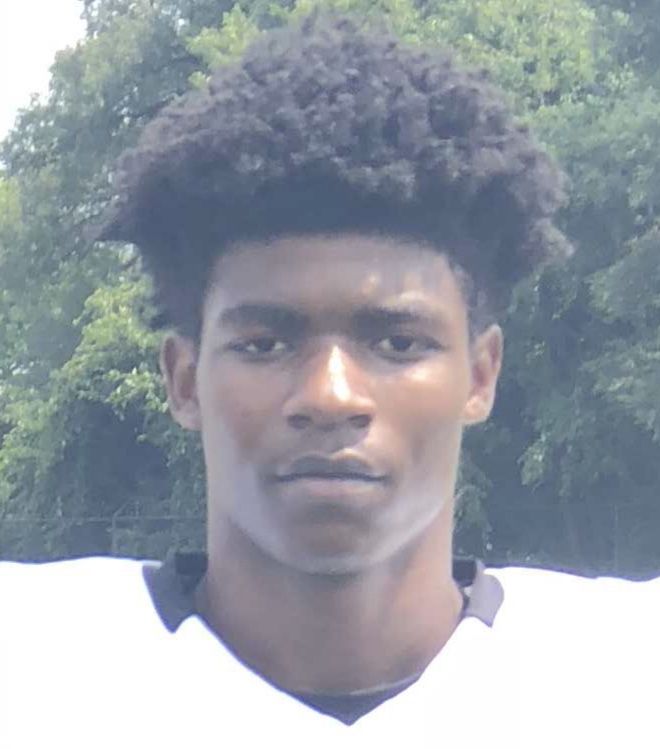 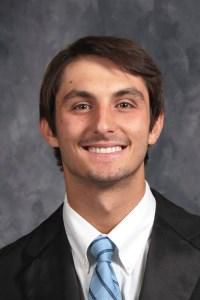 One of only two quarterbacks in the WPIAL to eclipse 3,000 passing yards, Alemada burst onto the scene this fall in his first year as a starter for South Fayette. The junior continued the Lions’ quarterback lineage by completing 194 of 293 passes for 3,004 yards and 32 touchdowns. He had success by getting several of his playmakers involved as four different South Fayette receivers had five or more touchdowns.

A big-play threat every time he touched the ball, Casilli led an arsenal of weapons for Peters Township quarterback Logan Pfeuffer. The Penn recruit hauled in 49 passes for 934 yards and a whopping 15 receiving touchdowns. Taking direct snaps from center in the Indians’ wildcat offense, Casilli ran for 358 yards on 31 carries and five additional scores. Casilli had four interceptions from his cornerback spot.

Limited by the run-heavy offense at McGuffey, Cole managed to be a valuable commodity with his height and athletic ability. The 6-4 wide receiver forced opposing defenses to worry about the Highlanders’ passing game. He had 27 receptions for 618 yards and 12 touchdowns, averaging an amazing 22.8 yards per catch. On defense, he was tasked with shutting down the opponent’s best receiver. Cole had 37 tackles and three interceptions.

The bright spots were few and far between for the one-win Bulldogs. However, that was of no fault of Dingle. Coming off an impressive junior season, the wide receiver and defensive back turned into the primary ball carrier for Beth-Center. Dingle had 105 carries for 934 yards and seven touchdowns. His 42 receptions for 660 yards and six touchdowns were mostly without starting quarterback Colby Kuhns, who went down with an injury in the second game of the season. Dingle was just as good on defense with 54 tackles and six passes defended.

It was quite a comeback season for Hartman, who was returning from a serious knee injury that knocked him out in the middle of his junior year. He didn’t skip a beat in his return, passing for 1,792 yards and 30 touchdowns and completing an efficient 75% (130-for-172) of his passes. Hartman had seven games this season when he passed for at least three touchdowns, helping lead Belle Vernon to its first WPIAL championship game appearance since 1999.

The teeth of Peters Township’s intimidating defense, Hondru had another impressive season from his middle linebacker position. A big hitter who can move from sideline to sideline, Hondru amassed 69 total tackles, including 16 for losses. An instinctive blitzer, Hondru had 10 quarterback sacks and was a big part of why Peters Township held opponents to only 9.4 points per game.

Playing a key role in back-to-back postseason appearances for the Big Macs, Joseph was a dependable target out of the slot. His 55 receptions ranked behind only Pine-Richland’s Eli Jochem in Class 6A. Joseph was one of only 12 WPIAL players to have more than 50 receptions this season. Ten of Joseph’s catches went for touchdowns as he amassed 737 receiving yards in an offense needing a spark after heavy graduation losses.

A force on both sides of the line of scrimmage, Kemper solidified the Burgettstown offensive and defensive lines. The Robert Morris recruit exemplified the ground-and-pound philosophy for the Blue Devils and was named the Class 2A Three Rivers Conference Lineman of the Year. He was selected first-team all-conference on both offense and defense.

As reliable as they come, Magiske followed up his record-setting junior season last year with another impressive season. His 1,334 rushing yards ranked third in program history for a single season. The 20 offensive touchdowns by Magiske – 19 rushing and one receiving – broke his record of 19 that was set last year. The senior averaged 5.77 yards per carry, had 41 tackles, two interceptions and recovered a pair of fumbles for the Indians.

A 6-0, 295-pound wrecking ball at nose tackle for the Prexies, Marshall gave fits to many of the offensive lineman he faced. Creating havoc in the middle of the Prexies’ defense, which was much improved and allowed only 12.7 points per game, Marshall had 40½ tackles. He also recovered two fumbles. The Washington defense surrendered only 200 yards per game en route to its second WPIAL Class 2A Championship appearance in the last three seasons. Was named Lineman of the Year in the Century Conference.

Developing into a big-time recruit the junior safety made one game-changing play after another. His biggest play might have been a forced fumble – he had four this season – in the WPIAL Class 5A semifinal game against Penn-Trafford that was returned for a touchdown. He had two interceptions and a pair of fumble recoveries. McMillon led Peters Township with 84 tackles, including seven for loss, but could also defend top-flight wide receivers.

The senior for the Blue Devils proved that he was more than just a kicker or punter. Phillis had seven interceptions on defense, including two that were returned for touchdowns. He had a pair of receiving scores and averaged 37 yards as a kick returner, making him one of the most versatile and dangerous players in the WPIAL. In his specialist role, he made 10 field goals, 43 extra points and had 33 touchbacks on kickoffs. He helped the Blue Devils to another undefeated regular season and Three Rivers Conference championship.

Asked to do a little bit of everything in the Prexies’ offense after an injury to running back Dylan Asbury, Robinson showed just how vital he was to Washington. In 14 games, the 6-0, 175-pound senior had 76 carries for 817 yards and eight touchdowns. Known more for his ability as a big-play receiver, Robinson dazzled again outside albeit with fewer opportunities while moving around in the offense. He hauled in 40 passes for 670 yards and nine touchdowns.

A good route runner with sure hands, Rossi torched opponents with 53 receptions for 820 yards and eight touchdown. He eclipsed 100 receiving yards in four the Lions’ games, including 11- and 14-catch games against Upper St. Clair and Montour, respectively. His nonstop motor transitioned to defense where he had 35 tackles, four interceptions, six passes defended and two forced fumbles from his safety spot.

The one thing that prevented Swartz from a monstrous statistical season was the number of blowouts the Prexies played in. Many games were over by halftime or shortly thereafter. In several of those, Swartz didn’t have to throw a pass after halftime. That didn’t stop his efficiency. In 11 of 14 games, Swartz passed for at least 100 yards. He had more touchdowns than incompletions in three games during the regular season. For the season, the senior completed 110 of 174 passes for 1,852 yards and proved to be a dual threat with 1,116 rushing yards on 143 carries. Swartz amassed 48 total touchdowns in an offense that averaged 39.9 points per game.