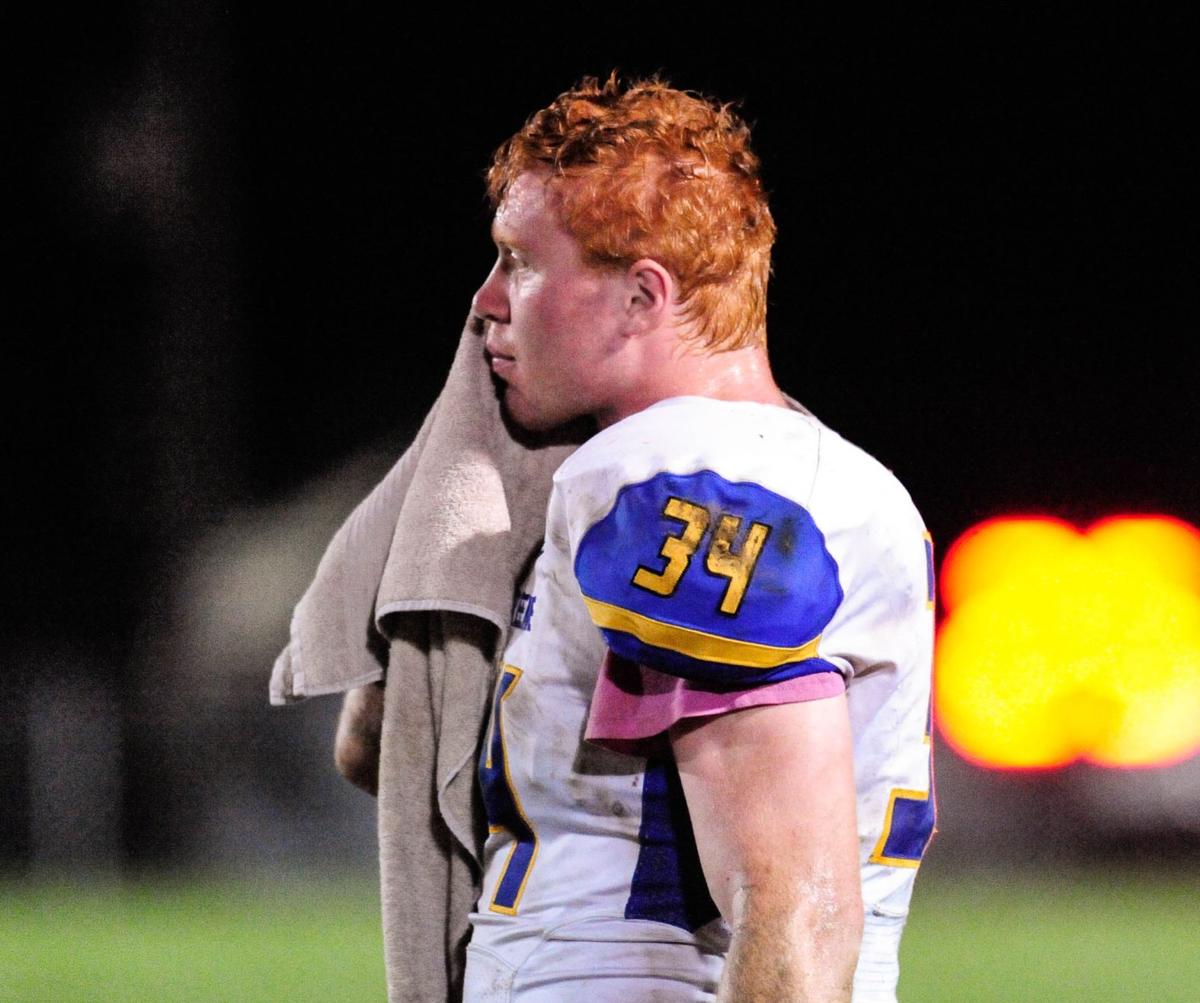 West Greene’s Ben Jackson, the leading rusher in the WPIAL, wipes the sweat and dirt off his face but the frustration was still there as the Pioneers suffered their first loss of the season Friday at Clairton. 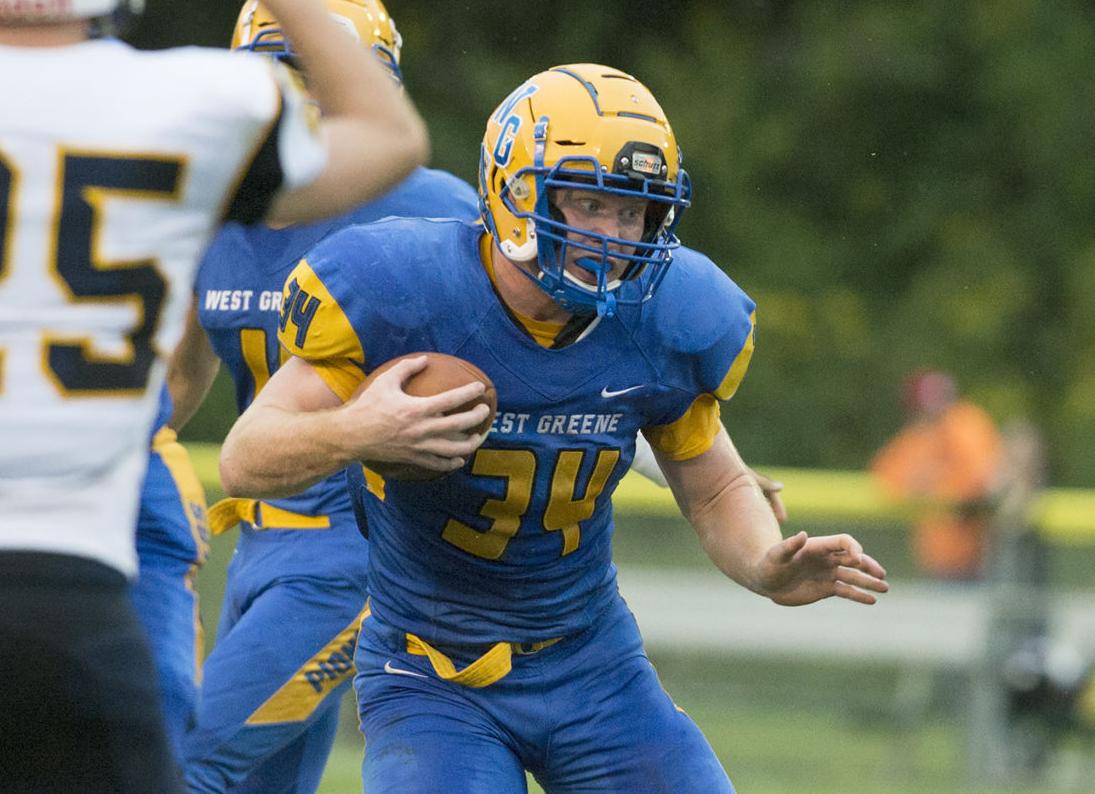 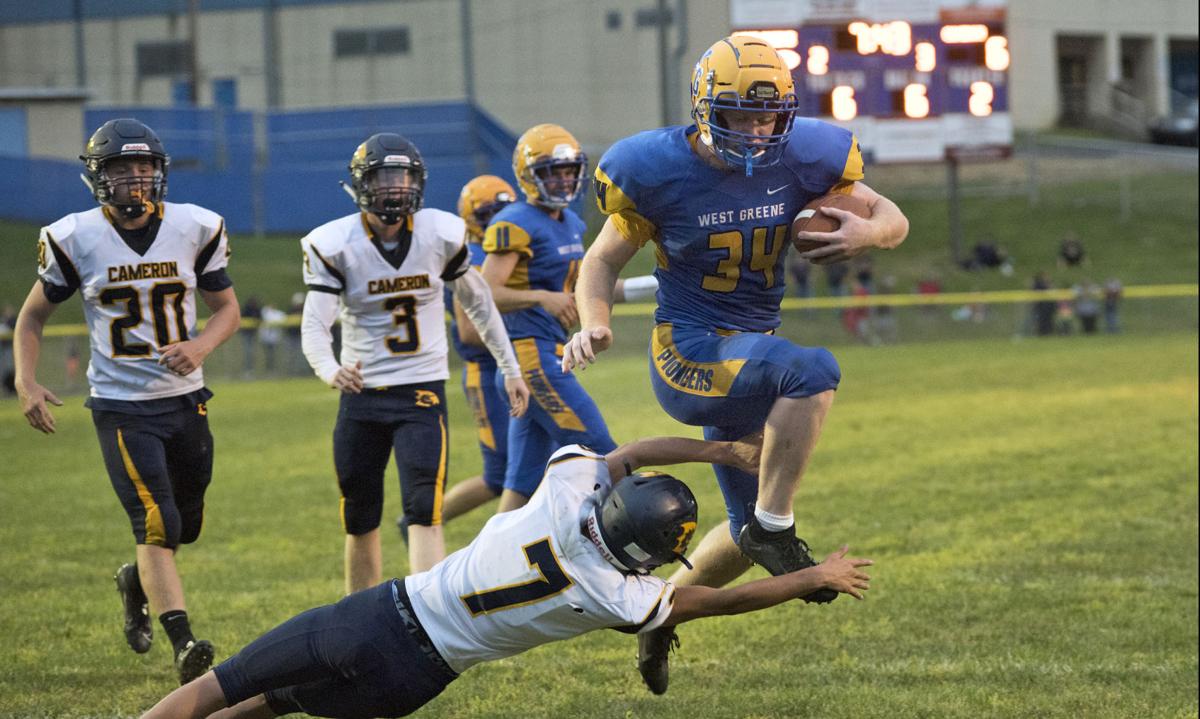 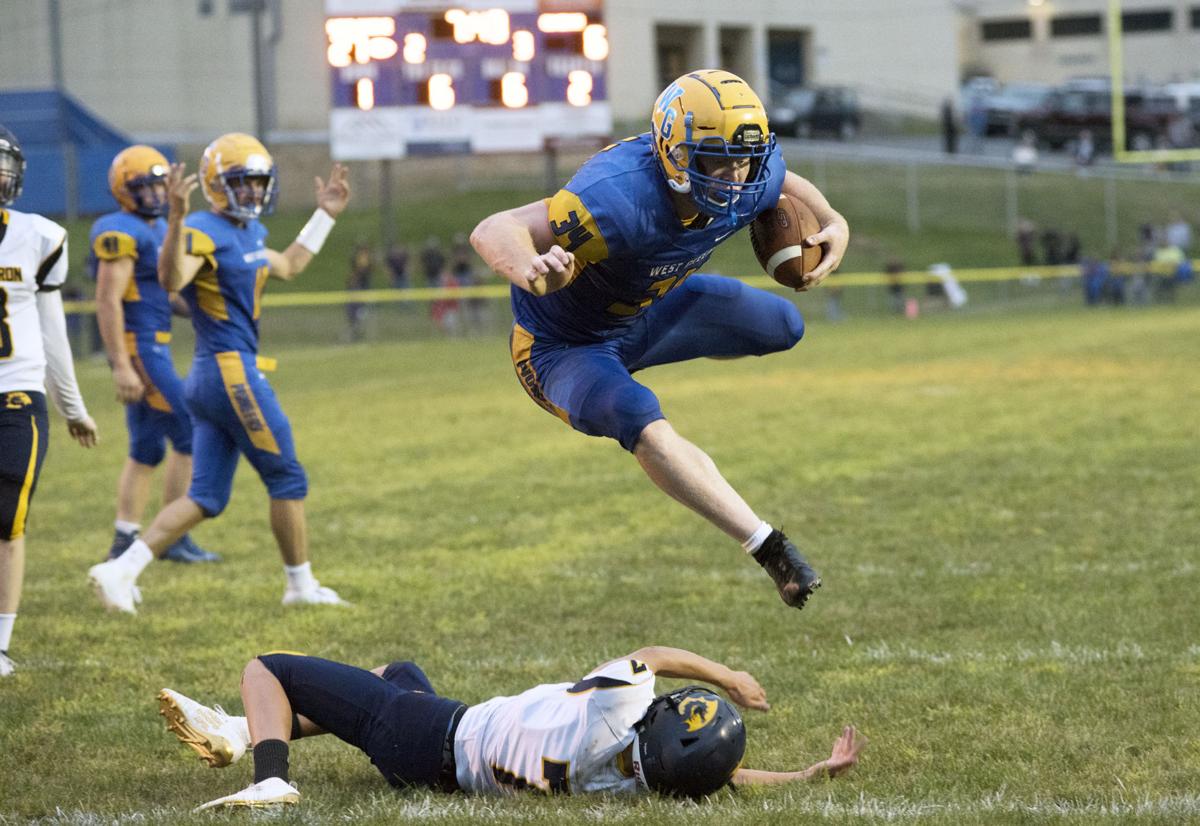 West Greene’s Ben Jackson, the leading rusher in the WPIAL, wipes the sweat and dirt off his face but the frustration was still there as the Pioneers suffered their first loss of the season Friday at Clairton.

From a distance, the numbers are enough to define the type of football player Benjamin Jackson was at West Greene High School.

And those numbers are impressive.

So it’s not a surprise that he would be the Player of the Year on the Observer-Reporter All-District Football Team.

The numbers are impressive for Jackson, but peel back the layers and what emerges is not only a talented football player but a smart, thoughtful, determined and respectful individual, who already has the roadmap for his life securely planted in his mind.

One part of that came to fruition Thursday, when he was offered admission into the United States Military Academy. He intends to play football but, more importantly, determined to serve his country.

“I feel the need to serve,” he said. “I love this nation. The best fit right now is West Point.”

On many fall Friday nights, you can find the majority of residents in and around Rogersville gathered at the high school to watch football games and cheer on their heroes.

There aren’t enough seats now, the result of a football program on the upswing, so the track around the field is lined with people, sometimes two or three rows deep. Behind those rows are the younger kids who are conducting their own game of rough-and-tumble football and dreaming of the day when they can be on the other side of that line of cheering fans.

“There is nothing like Friday night lights,” he said. “I know they hear that all the time, but it really is true. You walk onto the field, look at your friends, and see people you know. I had a lot of fun this year.

“I used to be one of those kids who ran around and threw the football. We’d watch a little bit of the game. The youth games were always Saturday morning and the coaches told us not to be too rough (Friday nights) but we always were.”

The fortunes of West Greene athletics have taken a dramatic turn over the past decade. Long hapless in sports, the Pioneers are enjoying a surge rarely seen over the years. Back then, there were more than enough seats for the scattering of fans to watch the football team struggle against an overwhelming opponent.

Just as the Lampe sisters helped transform the softball program into a state champion and breathe new life into the basketball and cross country programs, Jackson helped take the football team to a place it has rarely gone over the decades: the WPIAL playoffs. West Greene went 10-2 and made it to the semifinals in Class A this season. The Pioneers went a combined 24-10 and made three playoff appearances since Jackson’s sophomore season.

Jackson is always quick to point out that his success does not come without the help of his teammates.

“What is really cool when I was running a play is to see it all develop in front of me,” said Jackson. “These are plays that we practiced all week, all year. What I would see is Brock Bedilion kicking out. I see Kolin Walker going through the hole and taking out the linebacker. I see Gavin Scott blocking the end. Then the hole opens up and it just seems like the whole world is going in slow motion and you are the fastest one.”

When Brian Hanson took over the football coaching duties this year at West Greene, he knew he had a powerful weapon in Jackson. He could see that on the films that he watched of the team.

He knew he had a special human being when he had the opportunity to finally meet Jackson and his family.

“The first time I saw him in action was the 7-on-7s at Chartiers-Houston,” said Hanson. “On the field, he had no peer among the teams that were there. He really stood out.

“I got to come here a few times during the hiring process, and I got to meet his family. I came away feeling he’s been raised right. He looks you in the eye. ... Ben can be in the same room with a five-star athlete and a player who sits on the bench and he’s going to treat them the same way.”

Ben Jackson wants to be an architect, creating something where there was once nothing.

“Ever since I was younger, I was drawing,” he said. “I love working with my hands. I brought those two passions together in the wood shed. I think it’s a really fun process, drawing things out, then building them. I love that.”

Jackson has a sister, BreAnn, older twin brothers, Beau and Bray, and a younger brother, Brian Andrew, named after his father, which necessitated the middle name to distinguish the two. Ben Jackson’s family is the heart and soul of his being. He hopes to emulate their family process if he becomes a father some day.

“I strive to be half the man my dad is,” he said. “My dad has done so much for this family and my mother (Crystal) worked so hard. She volunteers in the community and has her own business. My dad taught me to be smart and tough, to get up when you get knocked down. My goal is to be like them.”