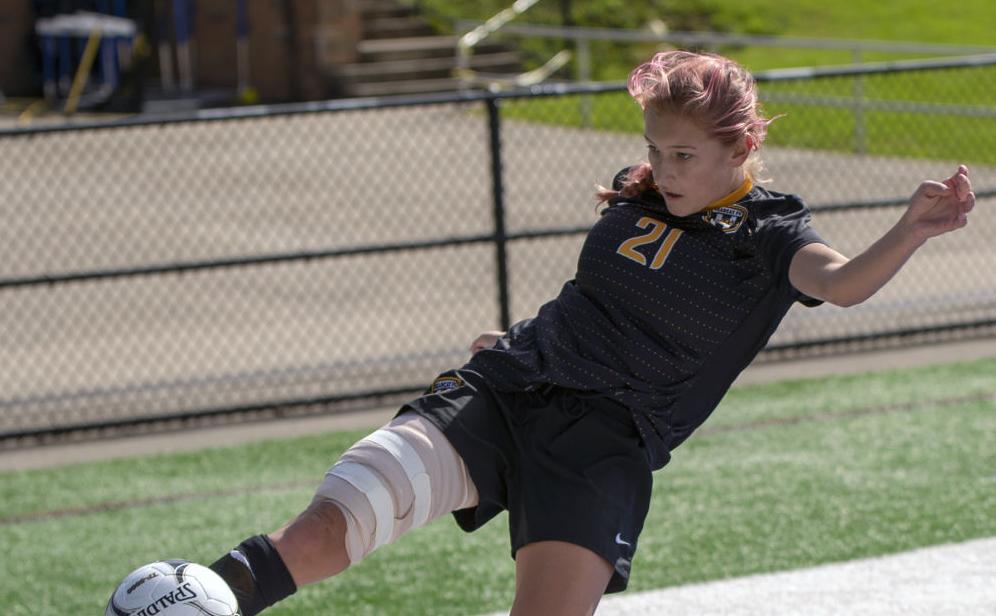 Bentworth’s Jocelyn Timlin attempts to keep the ball in play Saturday afternoon in a WPIAL playoff game against Vincentian Academy. 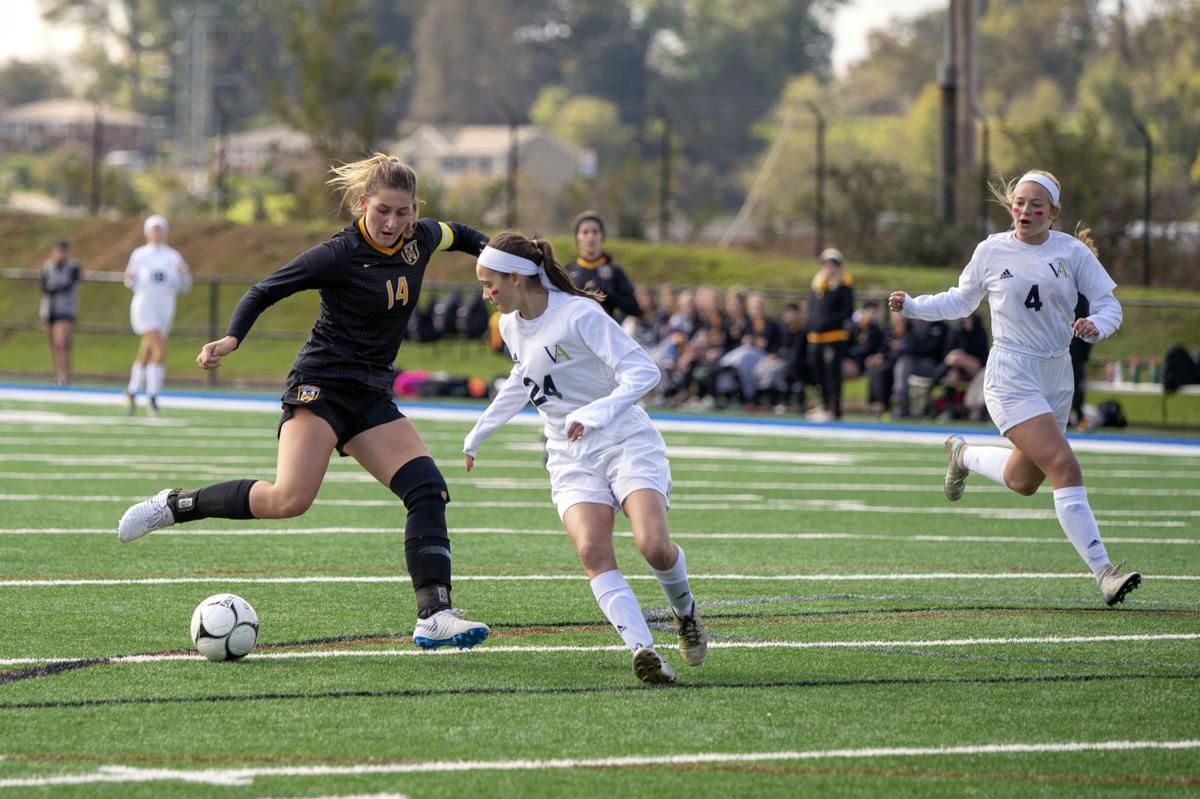 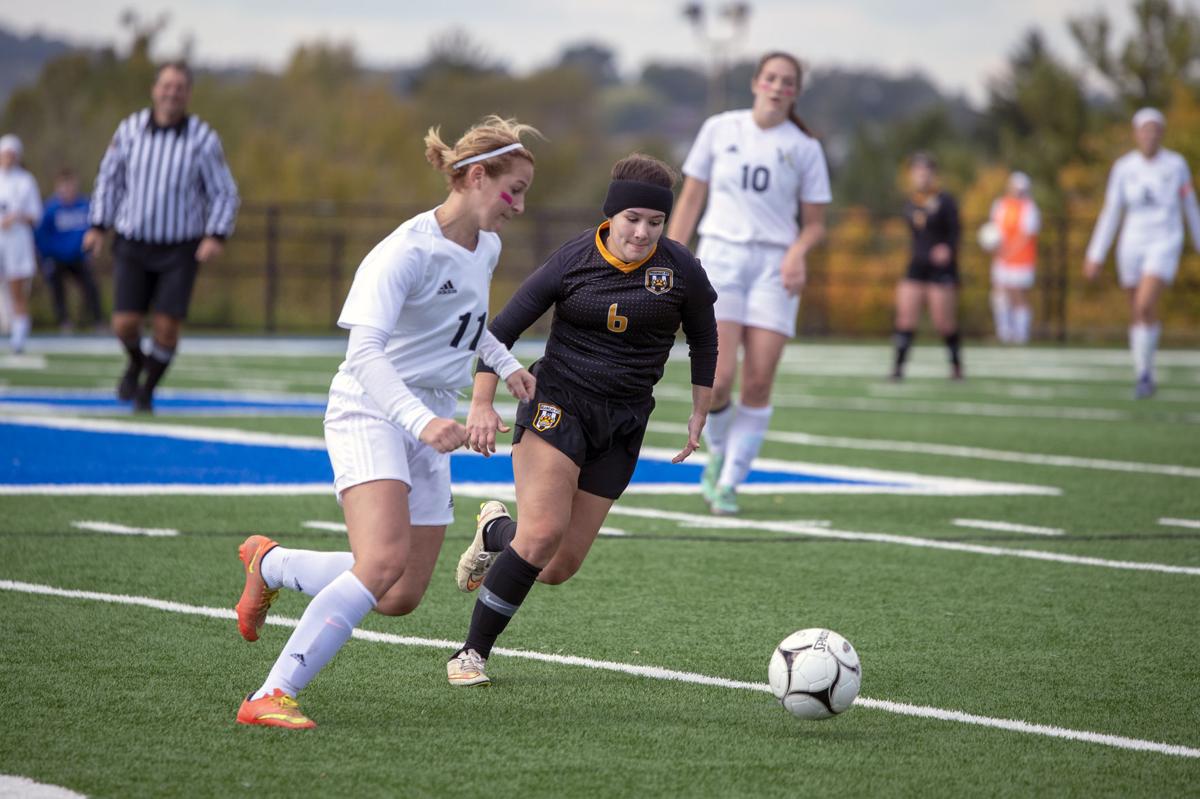 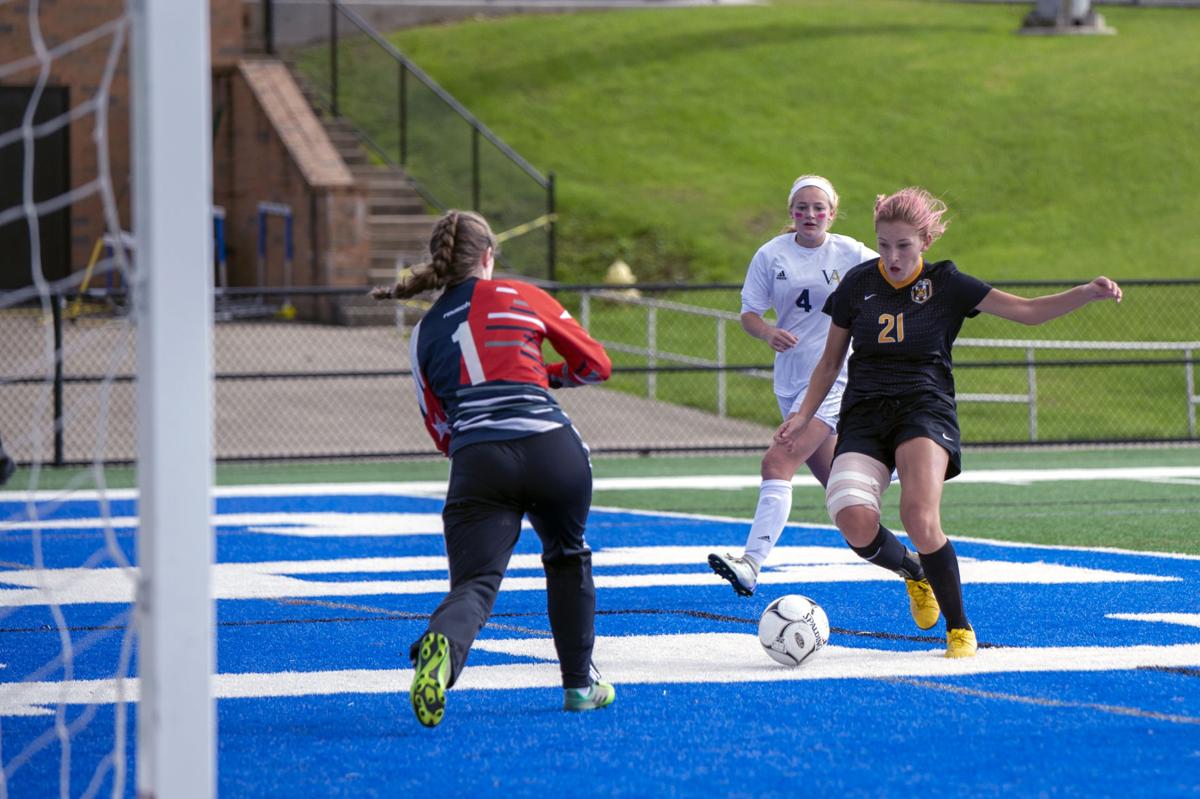 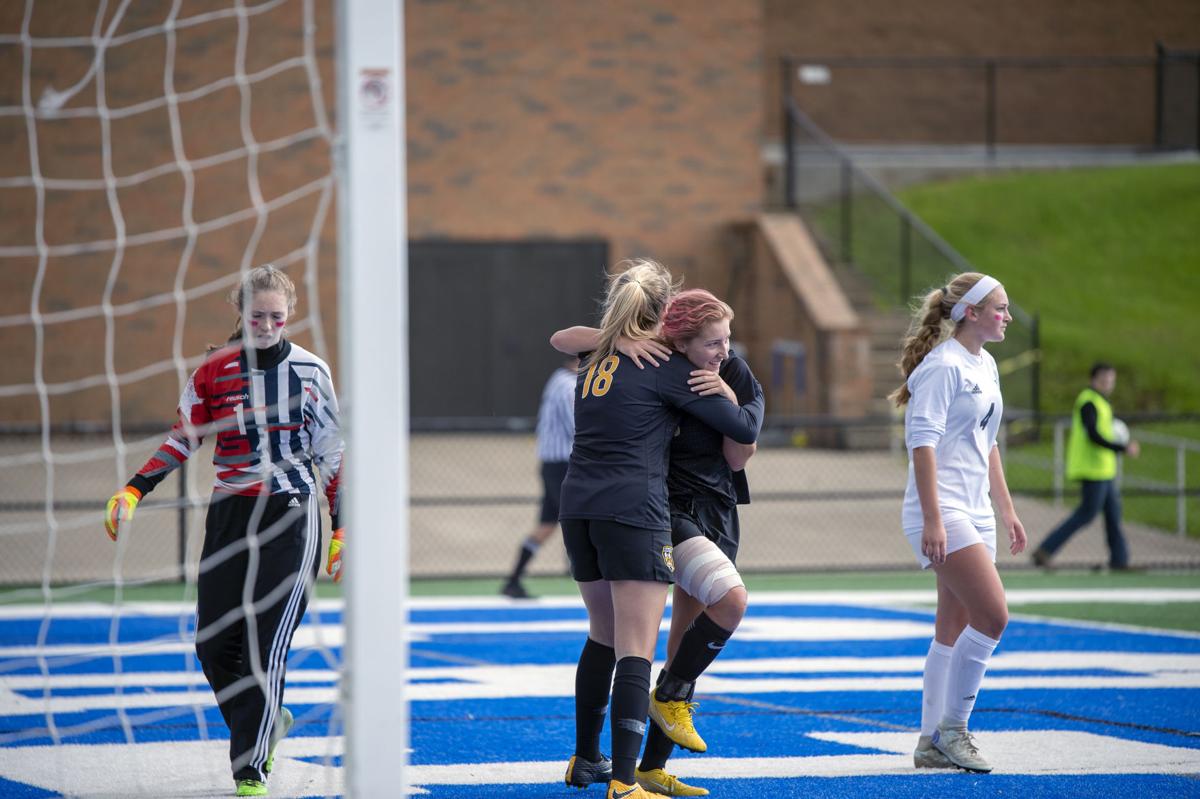 Bentworth’s Jocelyn Timlin attempts to keep the ball in play Saturday afternoon in a WPIAL playoff game against Vincentian Academy.

It didn’t show Saturday during the Bearcats’ WPIAL Class A first round playoff game at Trinity High School.

Timlin added to her own school record with a hat trick to lead Bentworth to a 3-1 victory over Vincentian Academy and a trip to the WPIAL quarterfinals.

“I just worked for all of those goals today,” Timlin said. “At first, it was really cold and windy. It took some time for me to get my legs. I was a little bit nervous, too. You just got to keep your head in the game and take advantage of all the chances you can get.”

With the win, the third-seeded Bearcats (15-2) advance to the quarterfinals for the second time in three seasons. Bentworth will play sixth-seeded Bishop Canevin, which was a 7-0 winner over Charleroi, Wednesday at a site and time to be determined.

The win against Vincentian also avenged a 4-2 loss the Bearcats suffered in the Class A third-place consolation game in 2016.

“This was a tricky matchup for us,” Bentworth coach Tyler Hamstra said. “Vincentian has a lot of speed up front, so we couldn’t go all out with our attackers. I feel like we were the better team but we had to keep their scorers in front of us.”

The three goals for Timlin increased her total to 44 this season.

“For some reason, we didn’t talk a lot on offense to start the game,” Timlin said. “I think once we started to communicate things started to go our way. The defense did a great job of clearing the ball and our (midfielders) fed me the ball really well in the offensive end.”

In the first 10 minutes of the match, Timlin and fellow junior star Paige Marshalek showed great chemistry in the offensive end and created several chances for Bentworth.

The Bearcats’ defenders, Rori Schreiber and Emilie Snyder, were steady in front controlling the speed of Vincentian’s Elizabeth Gorman on the offensive rush.

“We had to hold Rori back and put her mostly on defense today,” Hamstra said. “Jocelyn and Paige stepped up on the offensive end and kept the attack going. On defense, we didn’t get them any space in front of the net and we forced some outside shots. That was the game plan. I thought Hannah Roberts and Maleena Rokicki played well for us on defense, too.”

After the teams exchanged chances, Timlin was able to avoid the attacking Vincentian goalkeeper and slide the ball past for the first goal of the game with 2:18 left in the first half.

The Royals (6-6-2) controlled the action to start the second half and out-shot Bentworth 4-1 in the opening 10 minutes.

The Bearcats’ defense stiffened and Timlin broke loose for a goal at the 13:43 mark of the second half. Three minutes later, Timlin found space again and cashed in another breakaway goal.

“We are an older team now and just have a lot more playing experience together,” Timlin said. “We made a good run my freshmen year but we were still pretty new to playoff soccer. We are just more composed and positive during games. We don’t panic.”

Vincentian avoided the shutout with a late goal by Gorman with 3:33 remaining in the game.

“She’s (Gorman) is a tremendous player and she hurt us in the game two seasons ago,” Hamstra said. “She got two goals against us last time. We marked her with Taylor Leonetti and held her in check most of the game. It was a great effort by her.”

Candalaria Kossel picked up the win in net with six saves and extended her school record for wins to 53.

“She’s just unbelievable in net for us,” Timlin said of Kossel. “We have so much confidence in her, and she’s our rock. Sometimes she gets down on herself when she allows a goal, but then we work twice as hard to get that goal back.”

Anna Keverline recorded seven of her eight saves in the first half for the Royals.