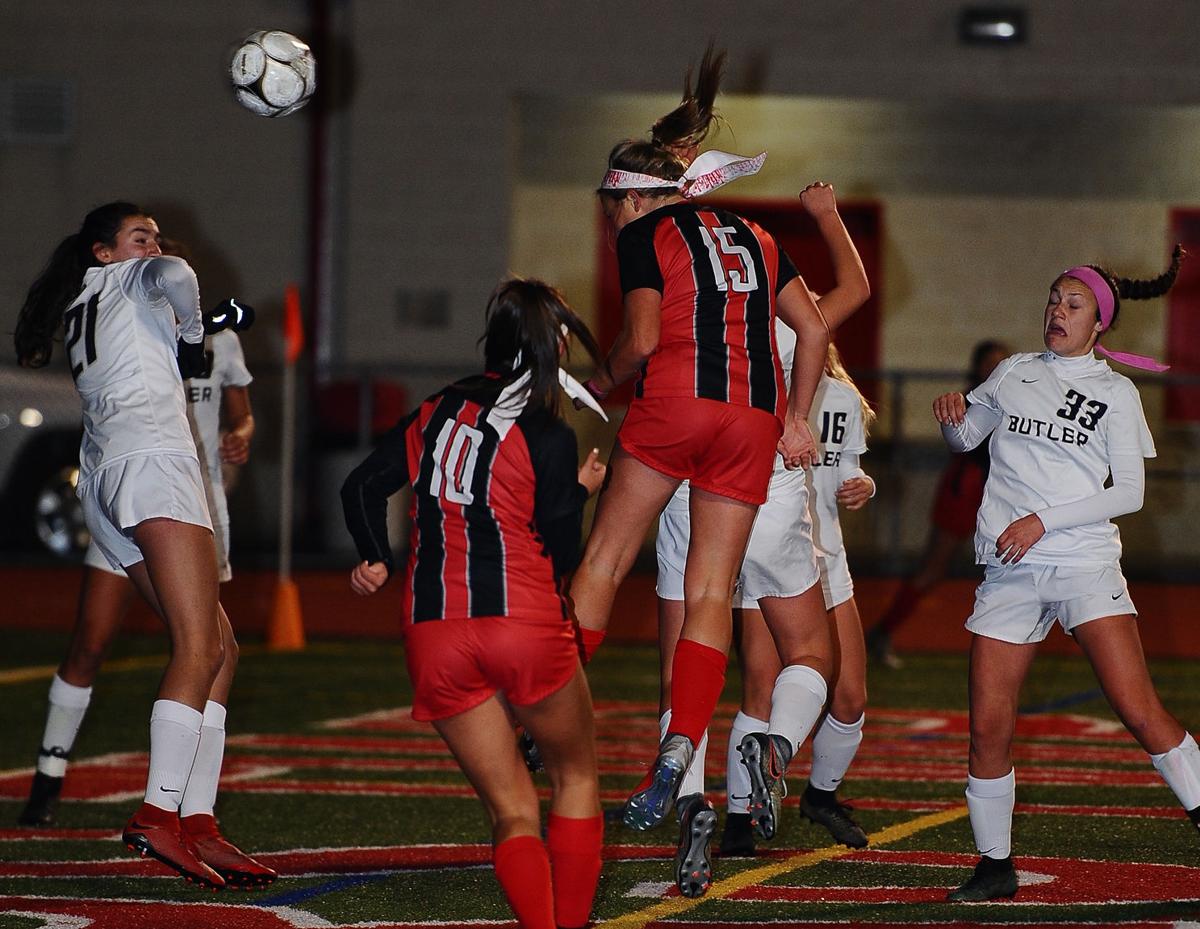 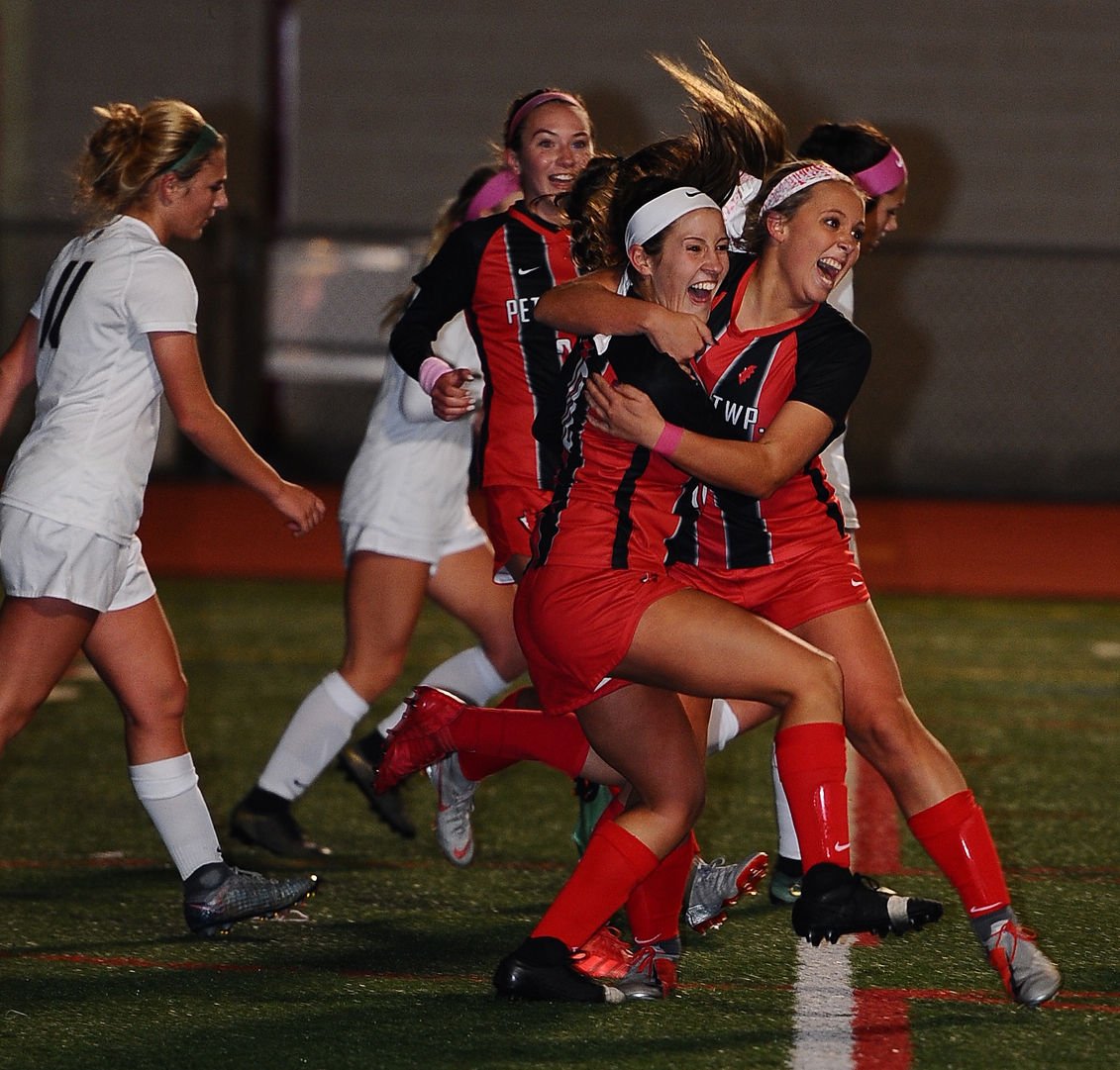 Hannah Stuck celebrates with Rachel Raber after scoring the go-ahead goal for Peters Township during a playoff game against Butler. 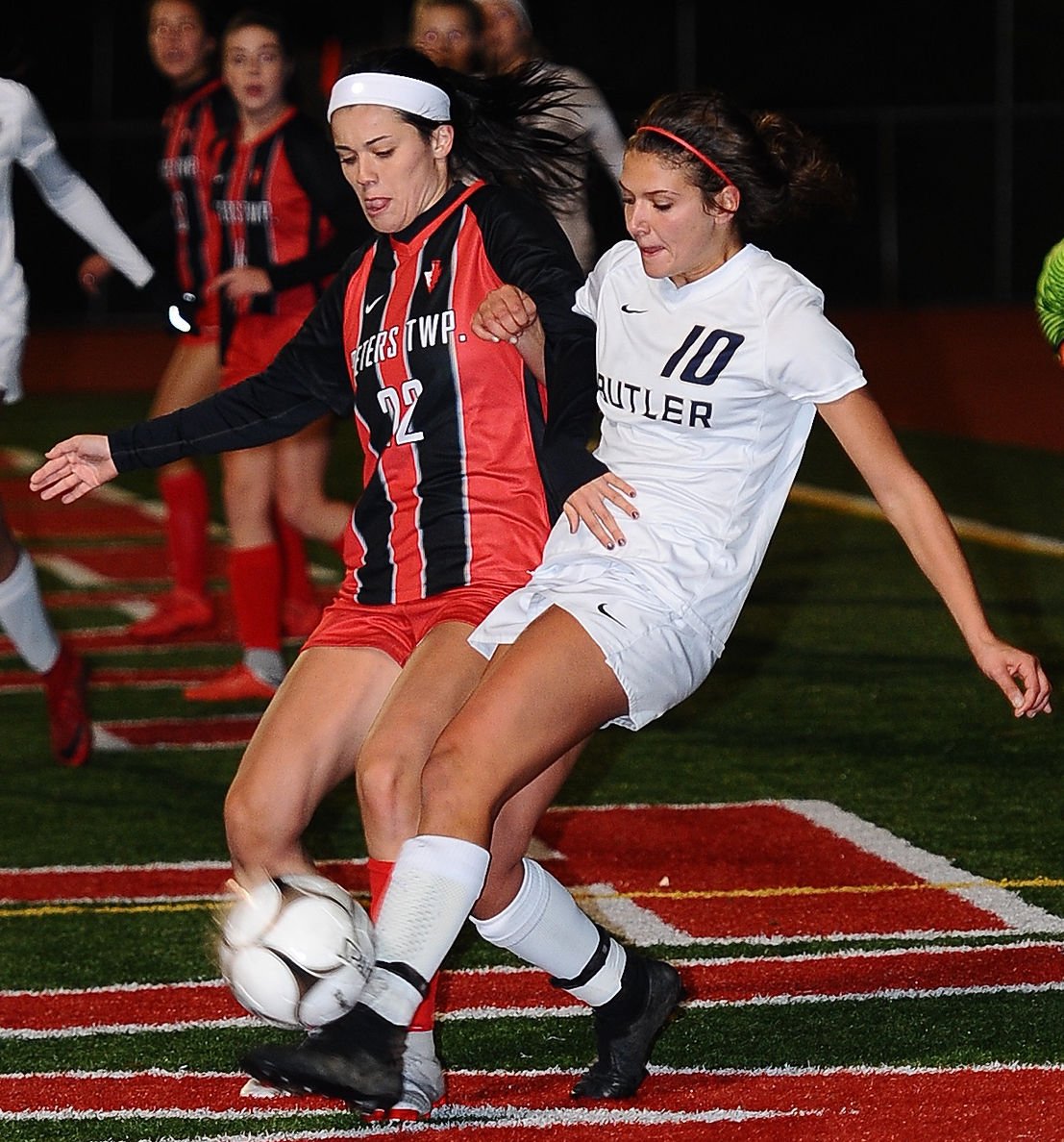 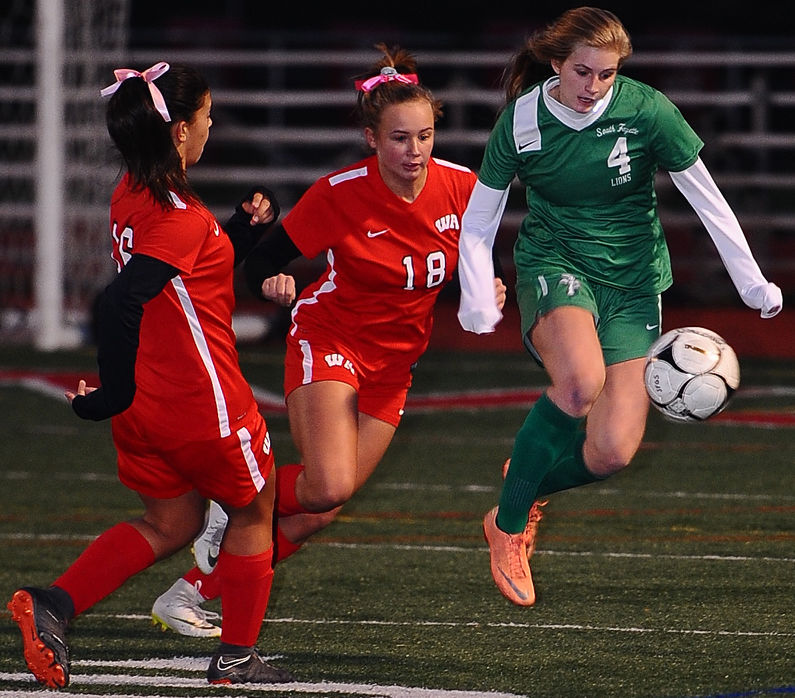 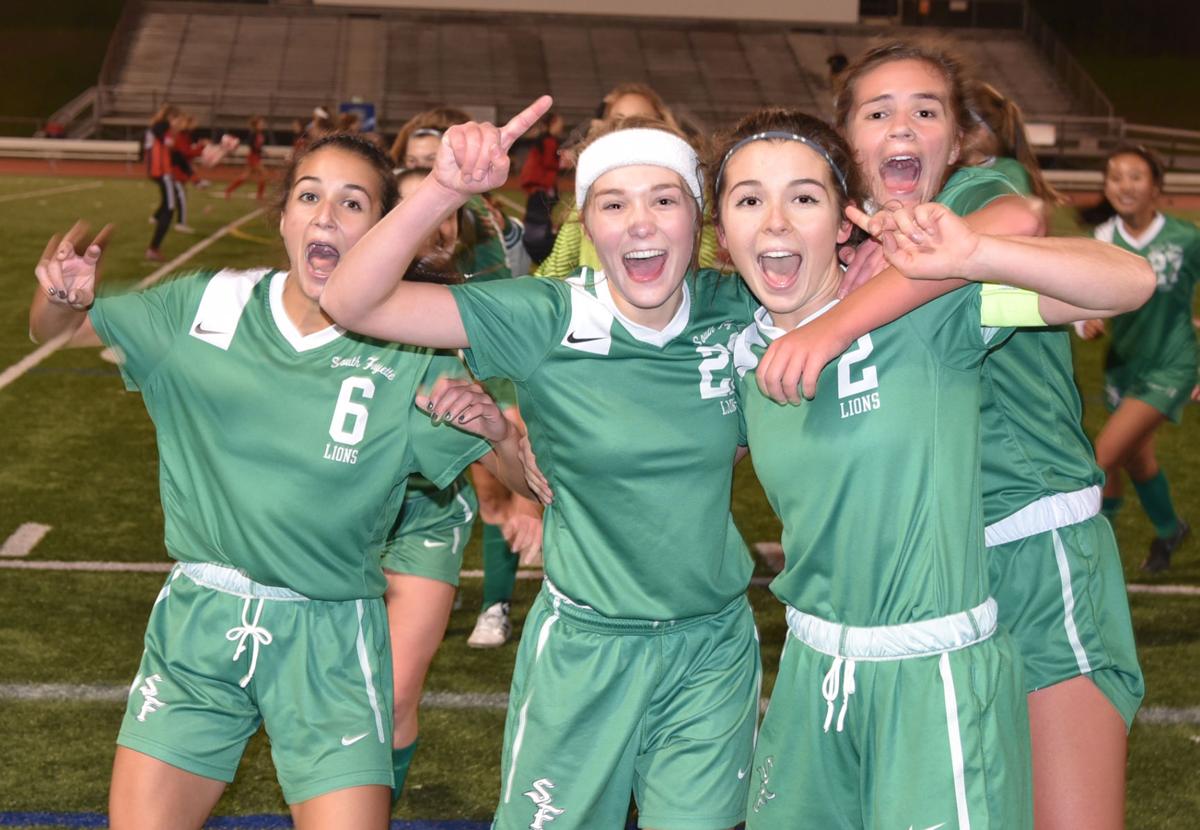 Hannah Stuck celebrates with Rachel Raber after scoring the go-ahead goal for Peters Township during a playoff game against Butler.

MCMURRAY – Coach Katie Munnell is insistent that her South Fayette High School girls soccer team is much more than what’s on paper.

Because on paper, the 14th-seeded Lions should have been eliminated in the first round of the WPIAL playoffs.

On paper, a third game this season against section opponent West Allegheny should go the way of the sixth-seeded Indians, especially when they won the first two meetings during the regular season.

With another upset on its mind, South Fayette broke open the floodgates in the second half with three goals to defeat West Allegheny, 3-1, in a WPIAL Class 3A quarterfinal match Wednesday night at Peters Township High School.

In the second game of the doubleheader, Peters Township advanced in Class 4A with a 2-1 come-from-behind win over Butler.

“It’s something that we’ve been waiting for,” Munnell said about finally getting the better of West Allegheny. “Unfortunately, our record doesn’t show what we could do on the field. Tonight, we proved it.”

South Fayette (11-6-1) advances to the semifinals for the first time since 2015 to face second-seeded Oakland Catholic, which was a 3-0 winner over Kiski, Saturday at a site and time to be determined. The Lions were eliminated in the quarterfinals each of the last two seasons.

“We knew it was going to be a fight,” Munnell said. “They got us 4-3 the first time this season, then beat us in double overtime. I guess it was just a third times a charm.”

Annalisa Mariano broke a scoreless halftime tie just more than seven minutes into the second half when she took a pass from Helina VanBibber to blast a shot into the bottom half of the net.

After the teams traded goals, including one from VanBibber that initially gave the Lions a 2-0 lead, Maura Gagliardino scored off a corner kick to ice the victory for the Lions.

“When you look at it on paper, we aren’t represented well,” Munnell said. “I don’t think our girls even know we are the 14th seed. I didn’t tell them. We know what we’re capable of. As coaches, we lead them to what their potential is, not as others see us.”

PT 2, Butler 1: The only familiarity the teams had with one another was through club soccer, but Butler coach Steve Perri knew the names of the players who could send the 11th-seeded Tornadoes home.

“(Hannah) Stuck and (Regan) LaVigna,” Perri said. “In the end, those were the two who scored.

The goals from the two potent offensive players for third-seeded Peters Township allowed it to recover from a one-goal deficit and defeat Butler, 2-1, in a Class 4A quarterfinal match.

“It is certainly a team effort, but you need to have your big players make big plays in big games,” said PT coach Pat Vereb. “They have done it all year and stepped up again tonight.”

Peters Township (15-3) advances to play defending state champion Norwin, the second seed, Saturday at a site and time to be determined.

LaVigna tied the score at 1-1 in the 44th minute when she ripped a ball from 20 yards and on an awkward angle to find the upper portion of the net.

With less than 25 minutes remaining, Stuck, who replaced LaVigna at forward after she left with a lower-body injury, soared above everyone else in the box to send a powerful header to the back of the net on a Kaila McFerran corner kick, giving the Indians a 2-1 lead.

“We started slow. It was probably our worst half of the season,” Stuck said of the first 40 minutes. “We knew we had the ability to fight back. Kaila is really consistent with her corners. It was a perfect ball and landed right on my head.”

The Indians were tentative for a majority of the first half after Gabrielle Boden gave Butler (11-6-2) a 1-0 lead less than 10 minutes into the match.

“I don’t think we responded well to the goal,” Vereb said. “Once we gave up that goal, we stared to panic and look like a team that was scared. Halftime couldn’t come quick enough.”

The 10-minute break shifted momentum from one side to the other as the Indians controlled play most of the second half.