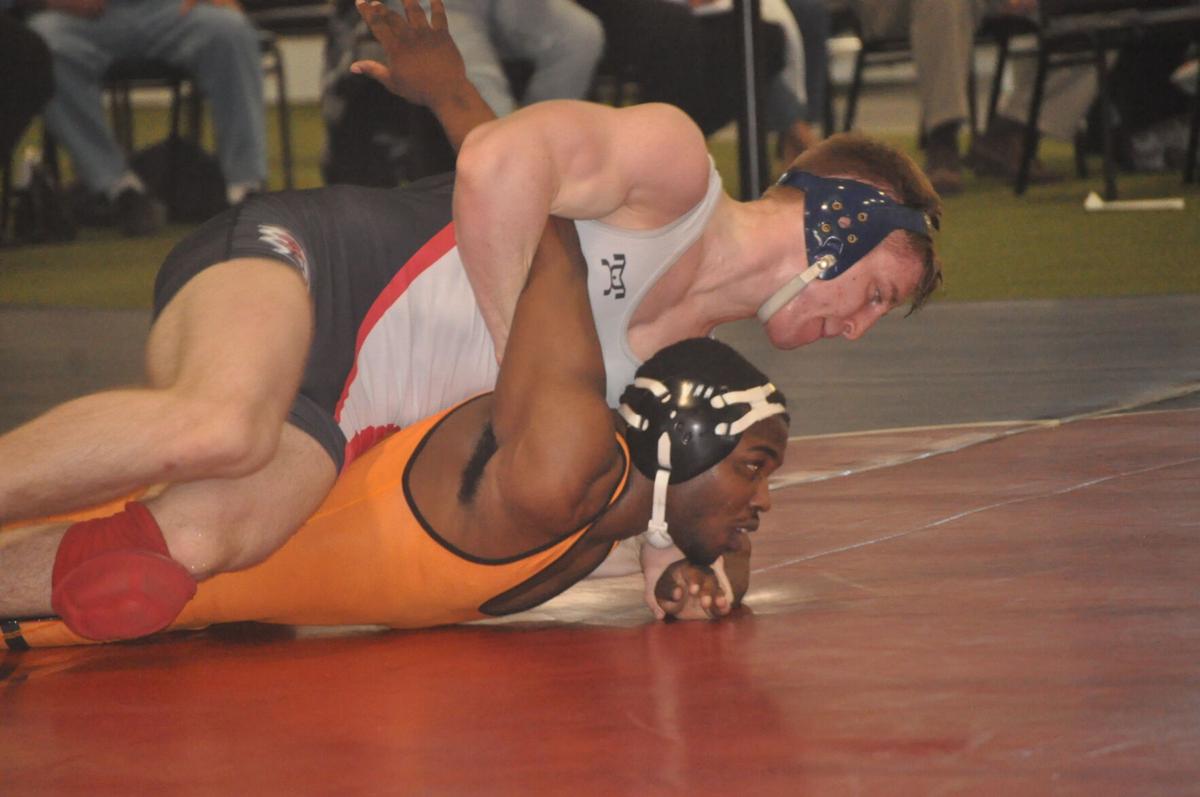 Luca Augustine of Waynesburg tries to turn Paniro Johnson of Erie Cathedral Prep for backpoints during their 172-pound bout in the quarterfinals of the PIAA Team Tournament Wednesday at the EQT Center in Waynesburg. 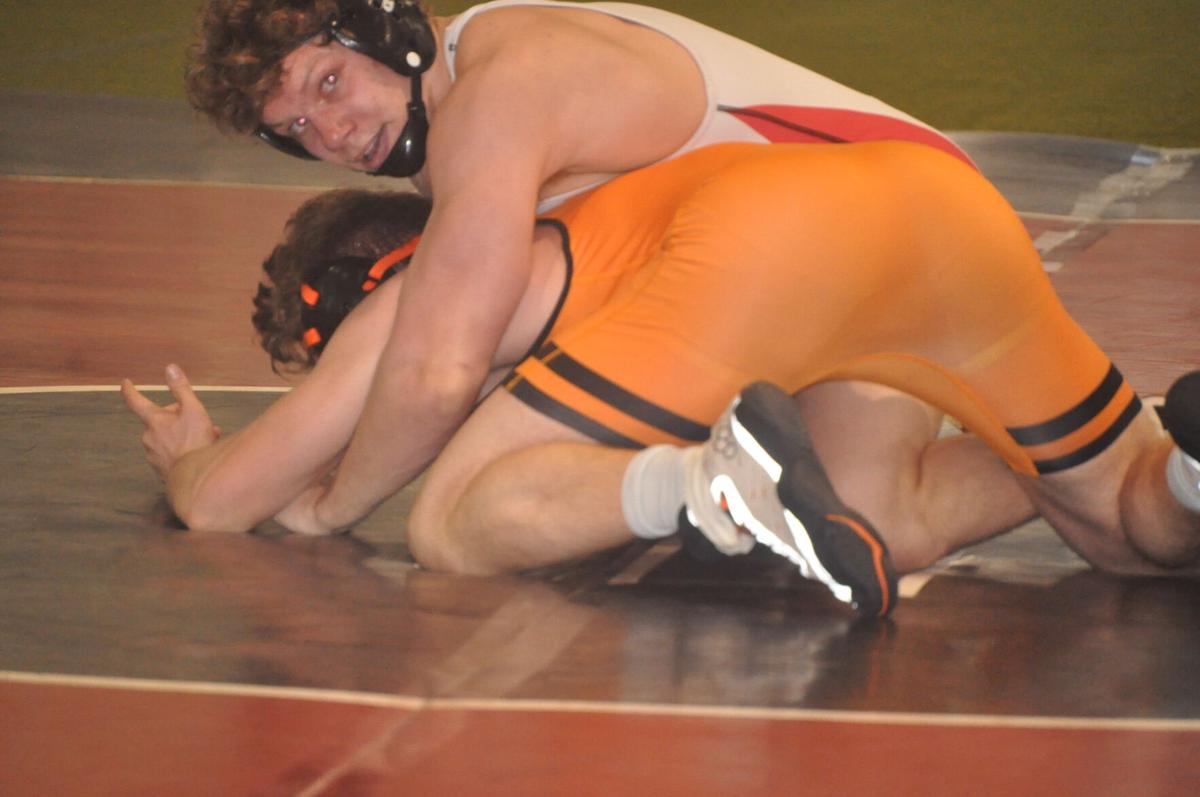 Nate Stephenson of Waynesburg (top) tries to ride Kelyn Blossey of Erie Cathedral Prep during their 160-pound bout in the quarterfinals of the PIAA Team Tournament Wednesday at the EQT Center in Waynesburg.

Luca Augustine of Waynesburg tries to turn Paniro Johnson of Erie Cathedral Prep for backpoints during their 172-pound bout in the quarterfinals of the PIAA Team Tournament Wednesday at the EQT Center in Waynesburg.

Nate Stephenson of Waynesburg (top) tries to ride Kelyn Blossey of Erie Cathedral Prep during their 160-pound bout in the quarterfinals of the PIAA Team Tournament Wednesday at the EQT Center in Waynesburg.

WAYNESBURG – The venue changed but the results remained the same for Waynesburg High School’s wrestling team.

The Raiders moved their quarterfinal match Wednesday from the high school to the EQT Family Center for the PIAA Class AAA Team Tournament.

The results were the same, a Waynesburg blowout, 54-12, over Erie Cathedral Prep.

The Raiders won all but two matches, including 152 pounds, where Rocco Welsh failed to make weight.

Waynesburg started and ended the match by receiving a forfeit. No team is going to beat Waynesburg by giving the Raiders a 12-point spot.

“We switched Mac and Zander (Phaturos),” said Throckmorton. “These guys are all growing like crazy. They’ll be switching next year because Zander is lighter than Mac.”

But Throckmorton said that might be at 132 and 138 pounds.

“I like this place,” said Church. “It’s pretty awesome.

“I think this win sends a message to the teams in the semifinals. We’re coming for the title.”

The match of the night was between 172-pound state champion Luca Augustine of Waynesburg and Paniro Johnson, a third-place finisher at 152 pounds.

Augustine used his weight advantage – about 20 pounds – to wear Johnson out and came away with a 3-1 decision. All the points were scored in the third period.

“I didn’t expect him to come out at all,” said Augustine. “We’re both kind of the same width but I’m taller than him. I’m glad he did come out. I hadn’t wrestled him since middle school. I beat him at the Junior High Powerade and he beat me at the Tournament of Champions. That was the rubber match.”

Augustine, a Pitt recruit, said he weathered the first period and tired Johnson out in the second.

“I went over and thanked Paniro and their coaches for sending him out,” said Throckmorton. “He could have beaten a state champion. He had nothing to lose. He’s quality and he’s dangerous.”

“There’s no plan of attack. These guys are loaded this year,” said Erie Cathedral prep head coach Michael Hehasey.”In the last couple years, no one has had a stronger team. Maybe Canon-McMillan about 10 years ago. They had five kids in the finals. I don’t know any other team that did that before.”

“We approached them earlier in the season for a solution to senior night,” said Louie Pellegrini, general manager of EQT. “They reached out to us to use the facility (for the Erie Prep match) and we were more than happy to oblige. It went perfectly. We were happy to support the Raiders and their trip to states.”

Waynesburg will wrestle Williamsport, a 33-32 winner over Bellfonte, in the semifinals Saturday (4 p.m.) at Cumberland Valley High School in Mechanicsburg. Finals will be at 6 p.m.