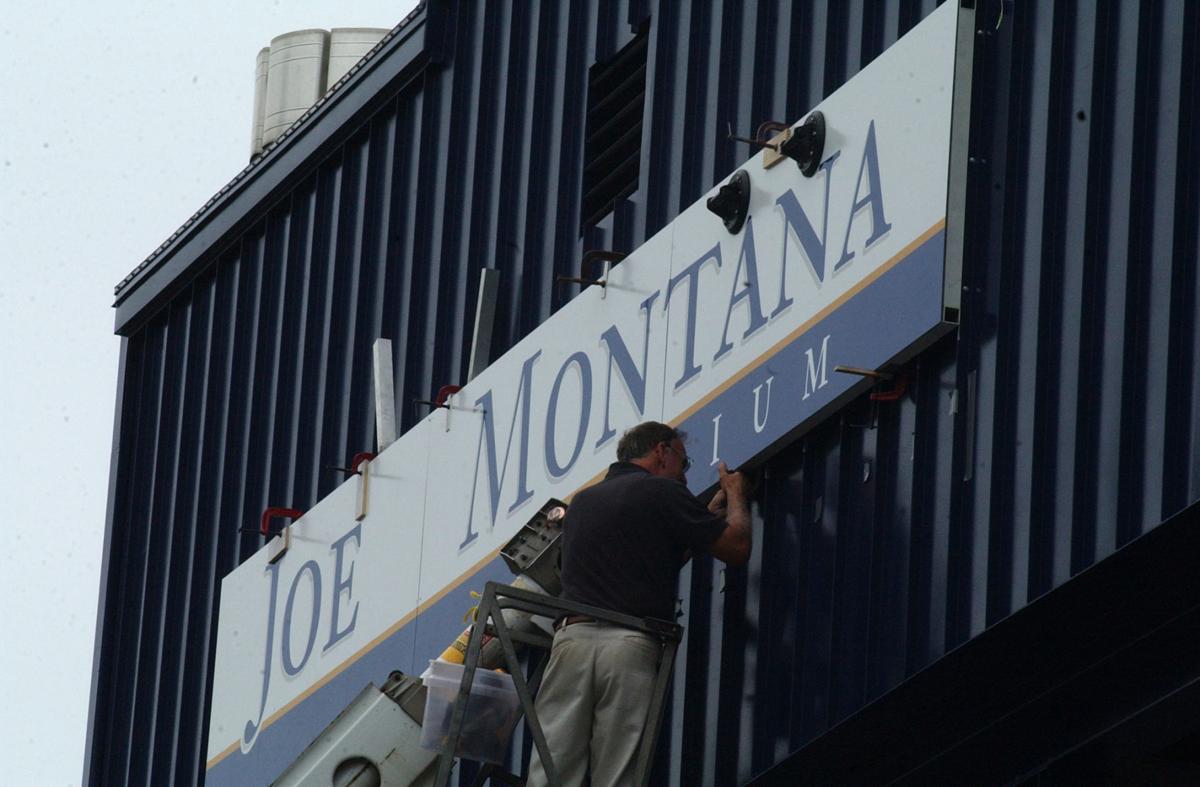 A worker puts the finishing touches on the Joe Monatna Stadium sign at the Ringgold High School football field Sept. 1, 2006. 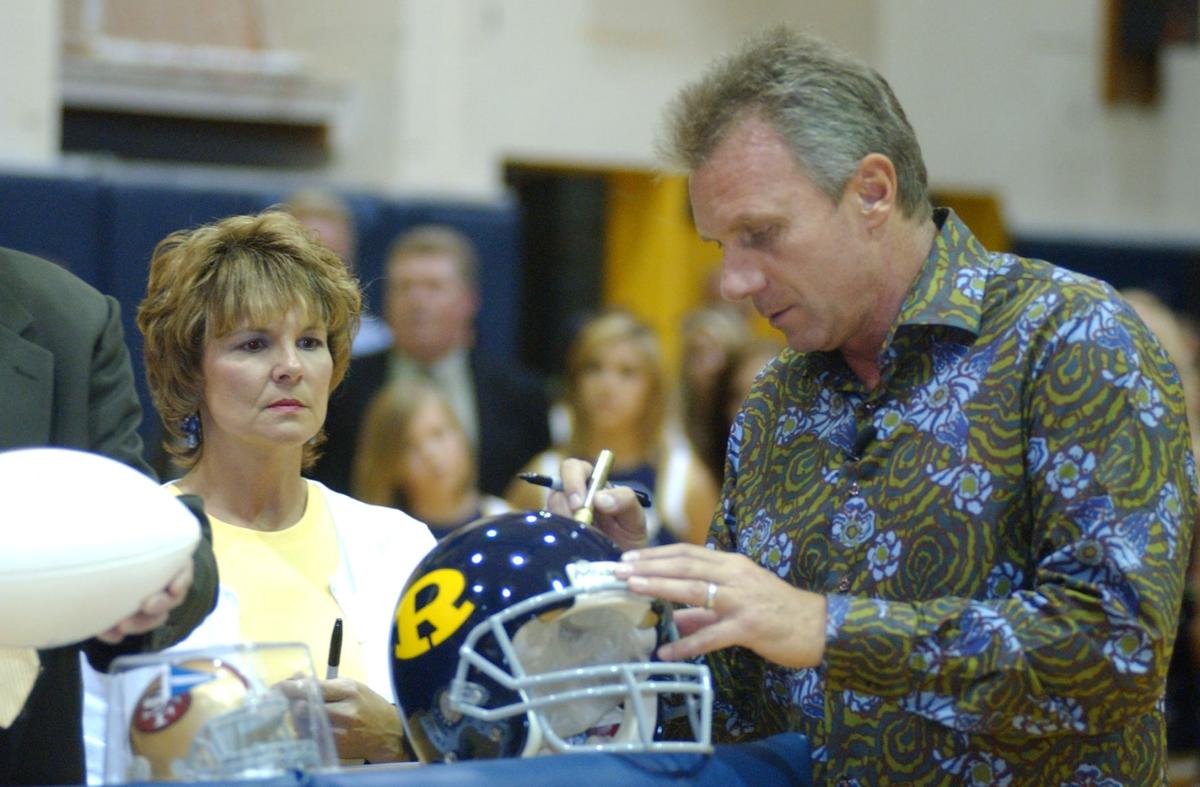 A worker puts the finishing touches on the Joe Monatna Stadium sign at the Ringgold High School football field Sept. 1, 2006.

Ringgold dedicated Joe Montana Stadium on Sept. 1, 2006, with a 13-10 loss to Indiana, but the game didn’t put a damper on what was a festive day for the Rams.

MONONGAHELA – The image on the newly erected sign is one of a champion, arms raised in victory. It captures Joe Montana during one of his greatest moments, celebrating a Super Bowl victory.

That picture, taken in the red and gold uniform of the San Francisco 49ers, is the centerpiece of the 40-foot wide standard that has the words Welcome to Joe Montana Stadium in royal blue lettering.

In a ceremony that drew thousands to Ringgold High School Friday night, the stadium was named in honor of Montana and he was one of four individuals inducted into the school’s hall of fame.

Joining the four-time Super Bowl champion and 1974 Ringgold graduate were Fred Cox, who appeared in four Super Bowls as a kicker the Minnesota Vikings; Ken Griffey Sr., who starred with the Cincinnati Reds; and Stan Musial, whose career with the St. Louis Cardinals made him one of the greats of Major League Baseball.

“High school football was always fun for me,” said Montana. “It’s a different game from the NFL, a different atmosphere. I haven’t seen a (high school) game in ages.”

Unfortunately for Montana, and Ringgold fans, Indiana won the nonconference game, 13-10, in overtime. Jason Snyder scored on a four-yard sweep after Indiana held Ringgold to a 22-yard field goal by Bryan Arbes on the previous series.

Andy Degory, who rushed 23 times for 128 yards, scored on an eight-yard run in the first quarter to give Indiana a 7-0 lead. Ringgold’s Kyle Fisher-Law scored from two yards out in the second quarter to tie the game.

Both teams fumbled away chances at the goal line. Ringgold’s fumble was devastating as it came on the next-to-last play of regulation at the Indiana goal line.

The Little Indians fumbled the ball out of the end zone midway through the second quarter.

The day began with assemblies at the school, where three of the honorees spoke. Musial was unable to make the trip because of declining health. A cookout drew more than 1,000 people, and they were able to chat with Montana, Griffey and Cox.

Montana, Cox, Griffey and Musial will be inducted into the Ringgold Hall of Fame tonight at the New Eagle Banquet Hall.

“This is very meaningful,” said Montana, “because this is where my family and friends are.”

Montana started at quarterback for the Rams midway through his junior season. He went on to Notre Dame, where he led the Irish to an NCAA championship. San Francisco made him a third-round pick in the NFL Draft and the rest is history.

“It’s funny because I remember more about the losses,” Montana said. “I hated losing.”

“When I was growing up in Monongahela, I had dreams like any other kid,” Montana said. “I had dreams of going to the NFL, going to Notre Dame and win a championship. We won four Super Bowls and one national championship. Sometimes, the way things go, you pass your wildest dreams and imaginations. I hope I live long enough to come back to this spot and see you name the stadium after one of the guys out here.”