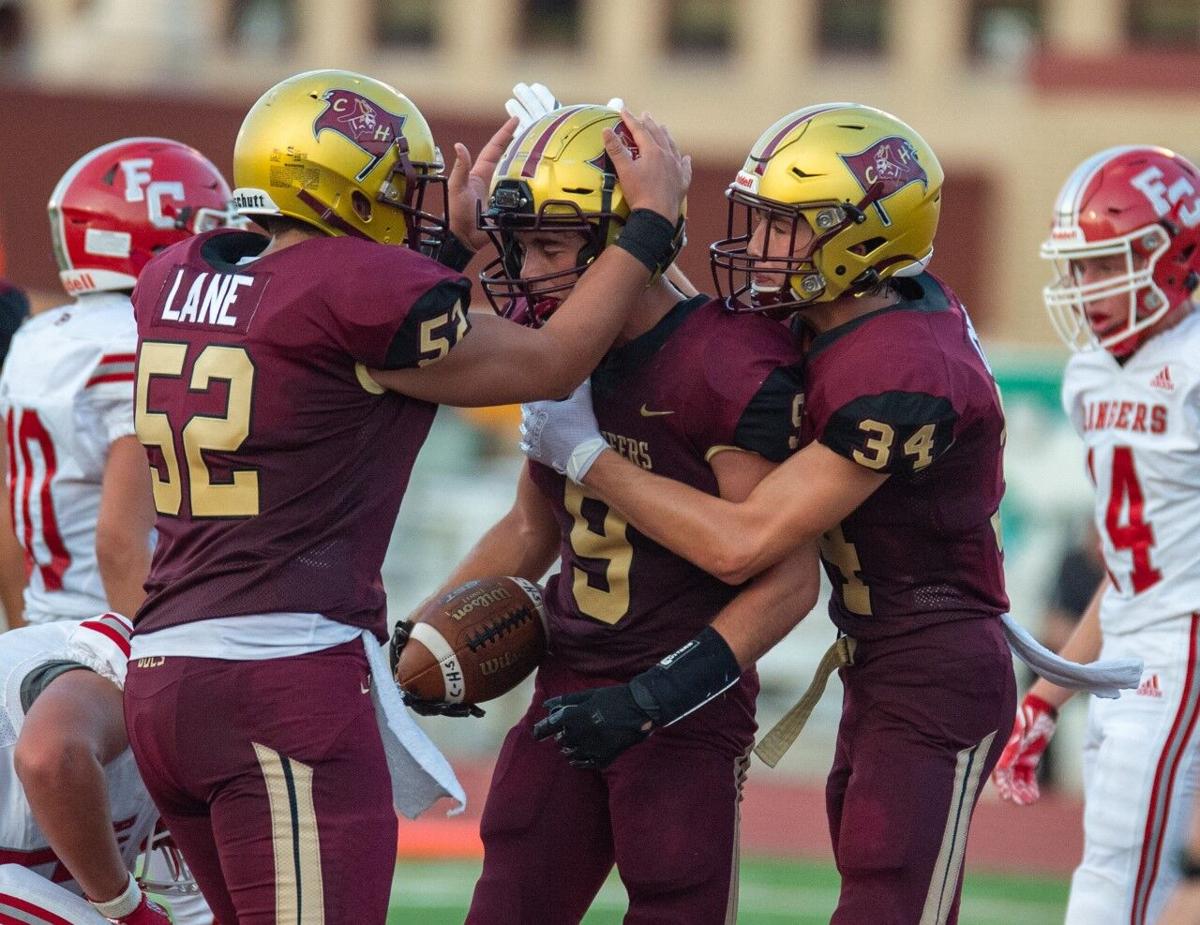 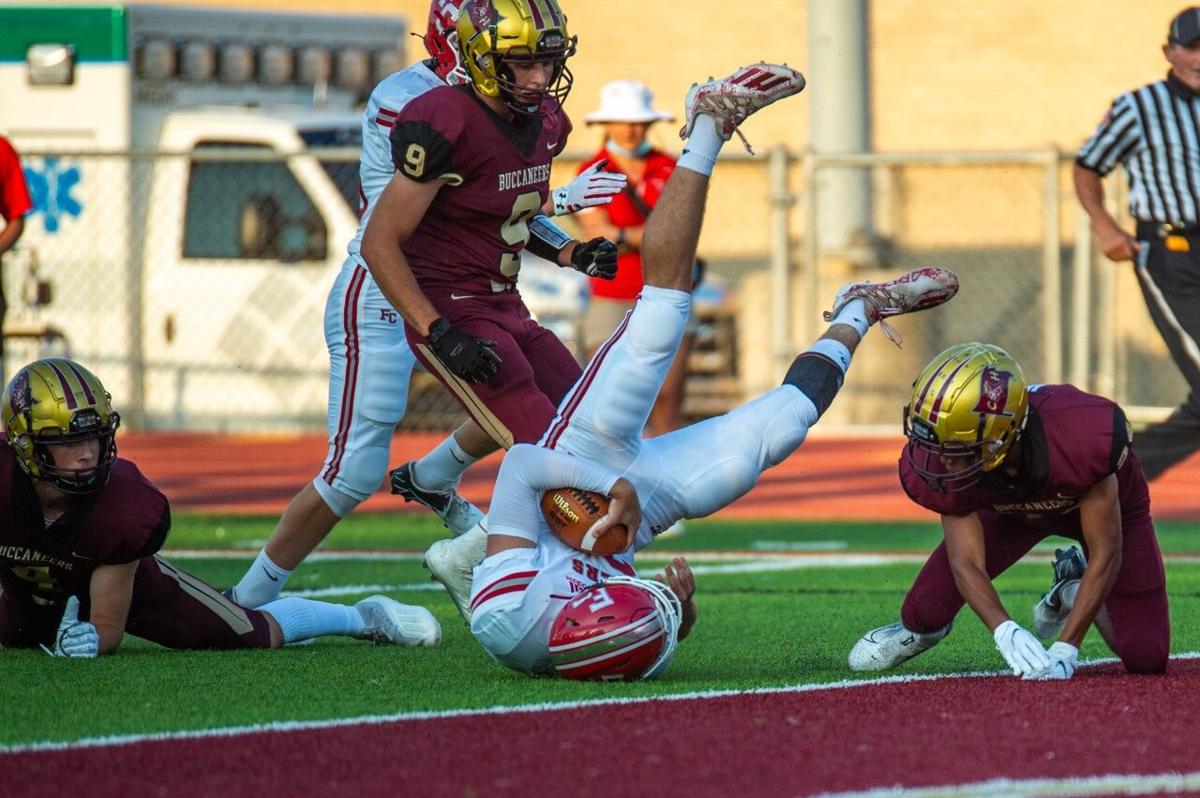 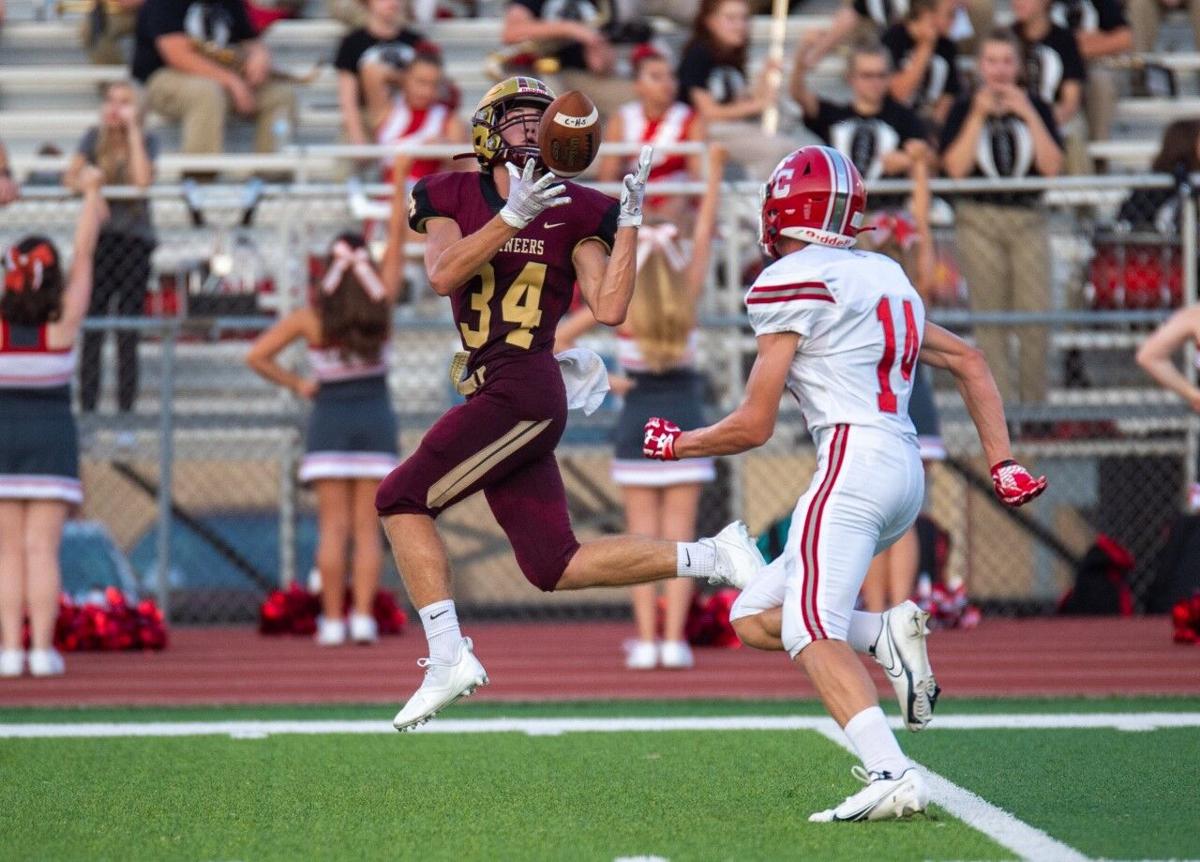 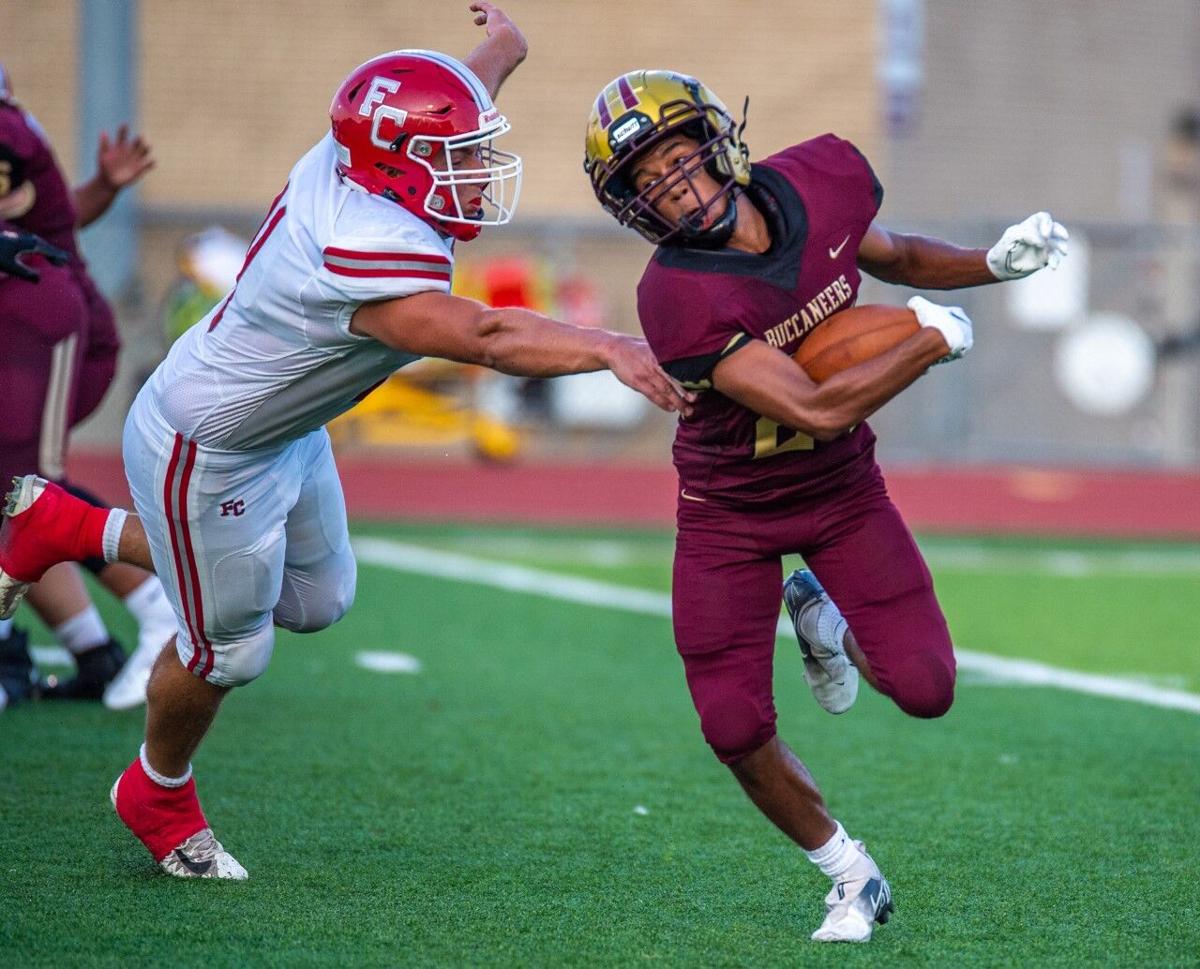 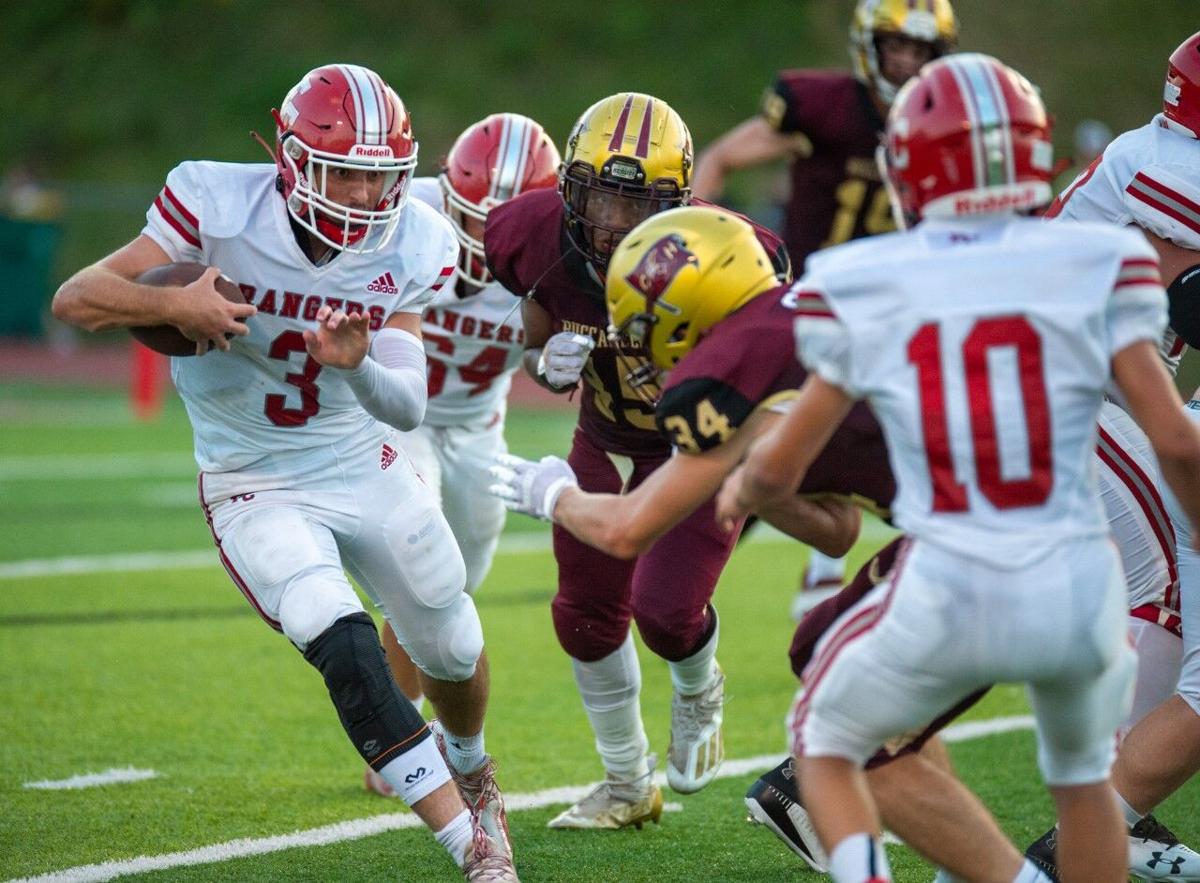 Quarterback Maddox Truschel (3) is key to the Fort Cherry offense. 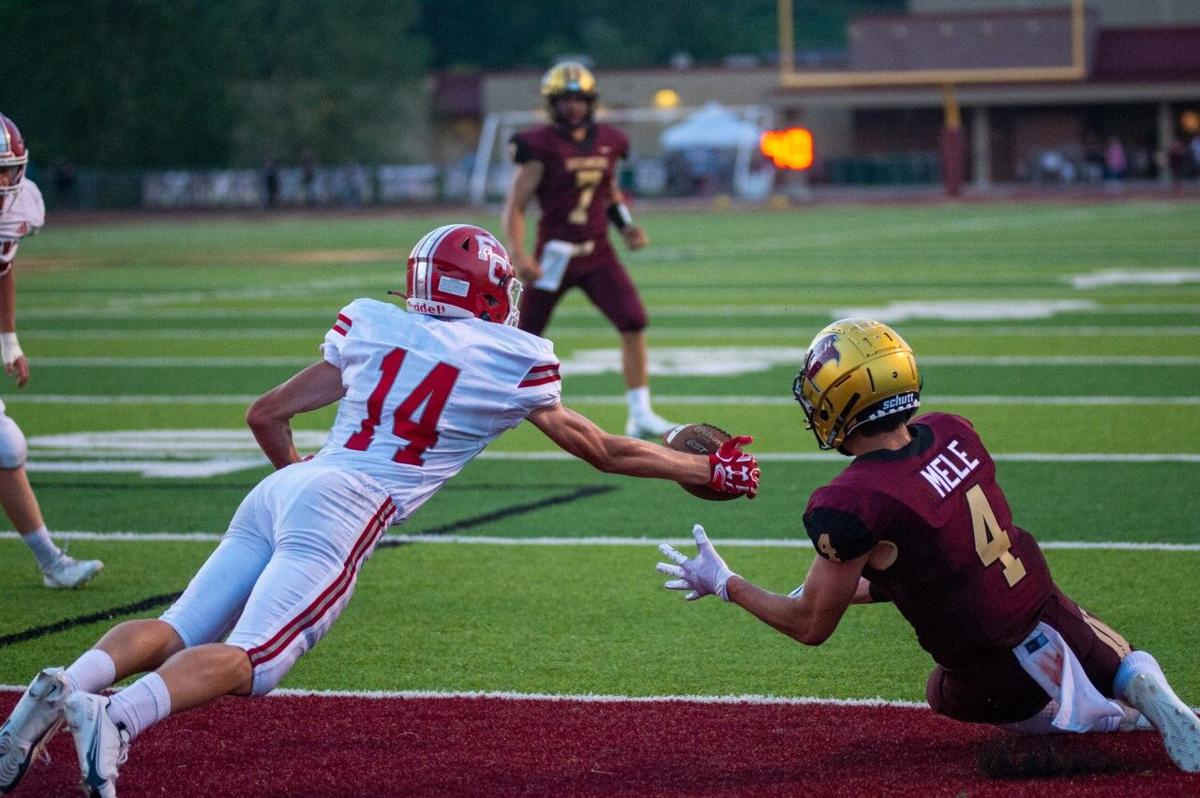 Quarterback Maddox Truschel (3) is key to the Fort Cherry offense.

Coach Tanner Garry’s squad has come a long way over the past year. The Rangers started 2020 losers of 18 straight and ended the season with three wins in their last four games, the lone setback coming by just a point.

But the team is still growing. And teams that are growing will take a beating sometimes.

That’s what happened to the Rangers in the second half of their 27-6 loss at Chartiers-Houston in Friday night’s Week Zero matchup.

“Man on man, across the board, we lost,” Garry said. “They were more physical, they controlled the front of the line and we just weren’t able to catch up. Couldn’t really get anything going.”

If the “three yards and a cloud of dust” cliché were literal, Chart5iers-Houston’s Buccaneers Stadium would have resembled a 1930s Nebraska farm by halftime.

“Any team, I don’t care who it is or at what level; as long as you can run the ball, you have a chance at winning,” Fetsko Sr. said. “So, we have to continue to do that.”

The game didn’t get off to a good start for Char-Houston. The second snap of the game went over Fetsko’s head. Fort Cherry’s Nashaun Sutton recovered it, and the Rangers started their first possession of 2021 at the enemy’s 13 yard-line. It took just three plays to cash in, as Anthony D’Alessandro scored from 1-yard out.

The Buccaneers had a good thing going on their next possession, driving into Fort Cherry territory. But Fetsko’s first pass of the night was intercepted by Fort Cherry’s Brayden Kirby.

At this point, Char-Houston had to settle down.

“Hey, we just stuck together as a team, put it past us and kept going,” Fetsko Jr. said. “Kept moving forward."

Char-Houston moved ahead on a 1-yard run by Lane Camden at the end of the first quarter, followed by Anthony Romano’s extra point.

The Buccaneers almost struck again later in the quarter, taking 7:59 off the clock in a 15-play, 65-yard drive. But Fetsko’s 4th down pass intended for Jake Mele in the end zone was broken up by Fort Cherry’s Carson Smith. With just 30 seconds to spare. Fort Cherry decided not to take any chances and went into the locker room down one.

The second half was all Buccaneers. In the third quarter, Camden recovered a fumble at the Fort Cherry 41, and the ensuing drive ended in a Jordan Irson touchdown. Then, the Rangers fumbled a kickoff that Romano himself recovered. Again, the Bucs cashed in, and again, it was Irson, this time from three yards out. A 54-yard interception return by Colton Craig put the game to bed. After scoring seven points in the first half, the Buccaneers put up 20 in two-and-a-half minutes.

Now, most football games in August are going to be sloppy to an extent, and this game at times was about as clean as a toddlers face after dinner.

“You can (improve) every aspect of the game,” Fetsko Sr. said. “Our run blocking was great, but we did miss some assignments. Our pass protection, some of our routes, some of our throws, some of our alignments on defense. It all can be worked out and get better. But it’s nice to go back on Saturday and make those corrections after a win.”

The Buccaneers’ Week 1 game will be next Friday in Houston in another non-conference game against Riverview. Time will tell if this Char-Houston team will be the first to make the playoffs since 2016, but Fetsko was happy with his team’s resolve in Week 0.

“It could have been real easy to just get nervous and sort of let it get away from us. But we battled back. We showed a lot of character tonight, and I’m real proud of the kids for doing that.”