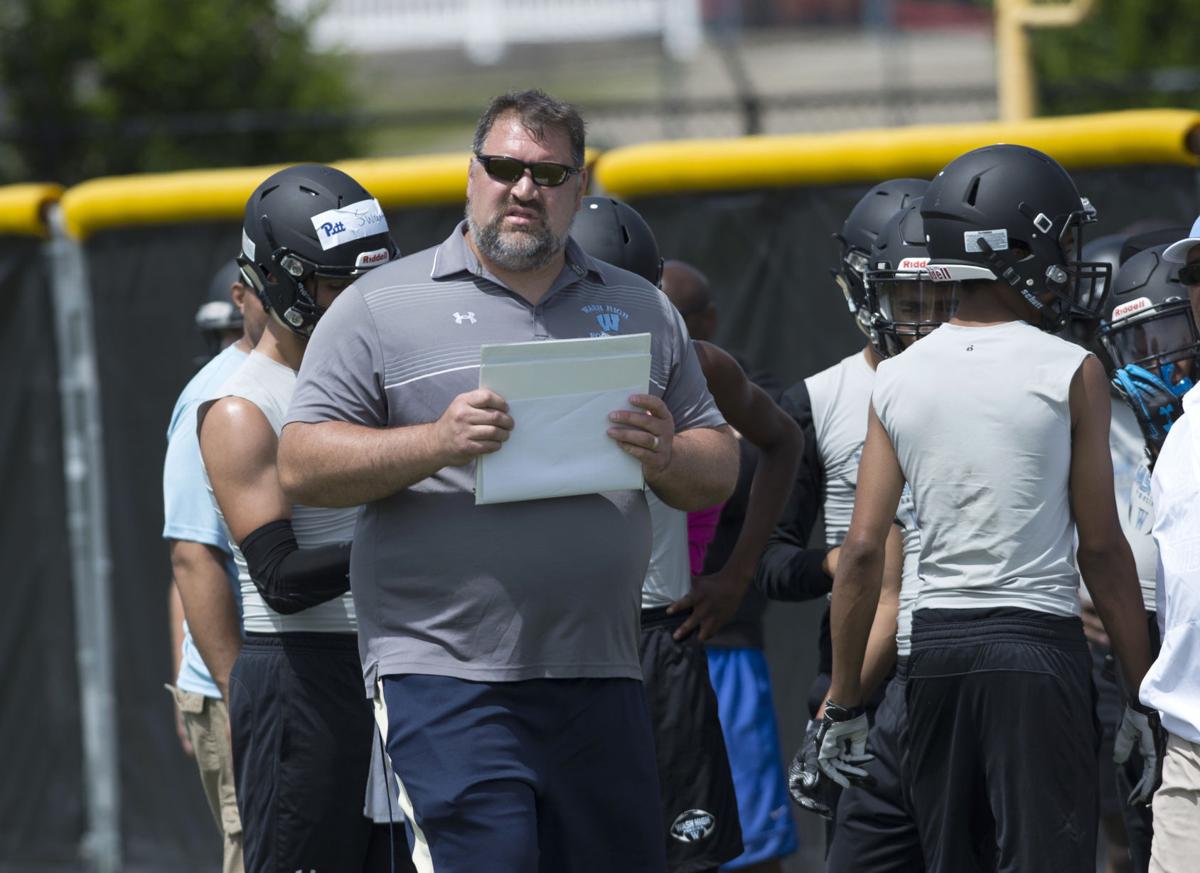 Washington head coach Mike Bosnic is happy to back at practice after losing a week because of COVID-19 concerns. The undefeated Prexies haven’t played a game since Sept. 24 but will host Charleroi tonight. 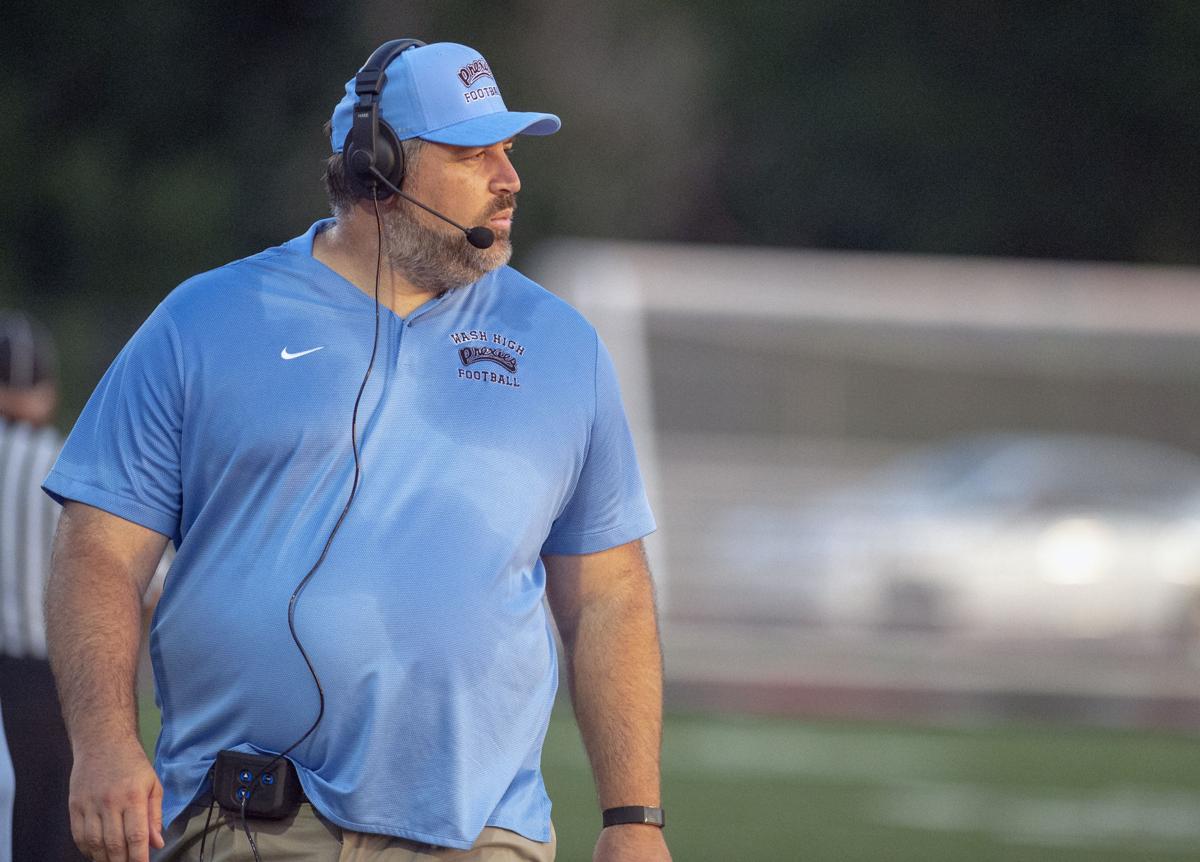 Washington head coach Mike Bosnic is happy to be back on the field after the Prexies did not play for two weeks because of COVID-19 concerns. The undefeated Prexies haven’t played since Sept. 24 but will host Charleroi tonight.

Washington head coach Mike Bosnic is happy to back at practice after losing a week because of COVID-19 concerns. The undefeated Prexies haven’t played a game since Sept. 24 but will host Charleroi tonight.

Washington head coach Mike Bosnic is happy to be back on the field after the Prexies did not play for two weeks because of COVID-19 concerns. The undefeated Prexies haven’t played since Sept. 24 but will host Charleroi tonight.

Last week, the new LED lights were dark at Wash High Stadium, the result of a canceled game against Uniontown because of COVID-19 concerns at Washington.

The week before, Beth-Center was forced to forfeit to Wash High because of COVID-19 concerns within the Bulldogs’ program. The lights remained dark on that Friday night too.

This has been a strange season for the Prexies, who had to move their season-opener to Canon-McMillan because of an electrical problem at Wash High Stadium.

The last two weeks without an opponent and the last week without practice has left only a challenging game of solitaire to keep head coach Mike Bosnic’s competitive instincts in high gear.

“This is the first time this ever happened, that we had two weeks off in a row,” said Bosnic. “The kids are really anxious to get back out there and have an opportunity to play this week.”

Bosnic said the difficult part was not being able to practice last week.

“We were completely shut down for the week,” Bosnic said. “It was really bad. I felt bad for the kids. It was hard to see them lose an opportunity last week.”

There are three games left in the regular season, Charleroi tonight at home, at Frazier, then home again against McGuffey. Washington is 6-0 overall and 3-0 in the Class 2A Century Conference.

“We just started up on Monday so we struggled with some things,” Bosnic said. “But I was really happy (Tuesday) because we really had a good practice.”

“It’s hard for me to judge because they have a lot of things going on down there,” said Bosnic. “We can only control ourselves.”

Bosnic said the timing on every play, the pass routes, spacing and snaps were a concern this week in practice.

“Going into this week of practice, you worry about those things,” Bosnic said, “because we haven’t played a game since Sept. 24.”

Bosnic said he is not sure everyone will return in time for the game.

“We’d like to play the kids as much as we can because having the time off hurt their conditioning,” Bosnic said. “We have some injuries and COVID issues with quarantine. COVID has still impacted us hard.”

The game between Beth-Center and Frazier has been postponed because of issues at Frazier. The game might be able to be made up after the regular season if neither team makes the playoffs. Beth-Center is 1-2 in the conference and 2-5 overall and Frazier is winless on the season.

Peters Township at Bethel Park: Coming off two straight losses, the last a two-day affair against Moon because of weather, the Indians need a win to avoid being winless in the Allegheny Six Conference standings. Bethel Park has won its two conference games and is riding a three-game winning streak.

Carmichaels at California: The deeper we get into the season, the more teams spread out in the standings. This will be such a game. California and Carmichaels are tied for second place in the Tri-County South Conference. The game promises to be a study in contrasts with the run-oriented Trojans and the pass-happy Mikes. Carmichaels quarterback Trenton Carter needs 88 passing yards for 1,000 and California running back Damani Stafford needs 328 rushing yards to reach 1,000 for the season.