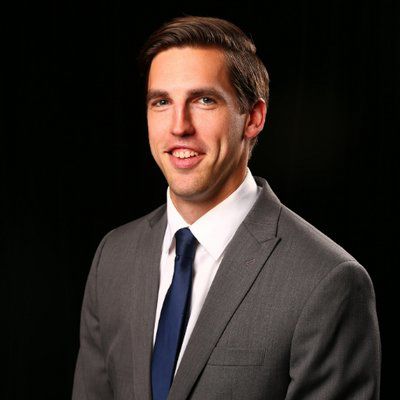 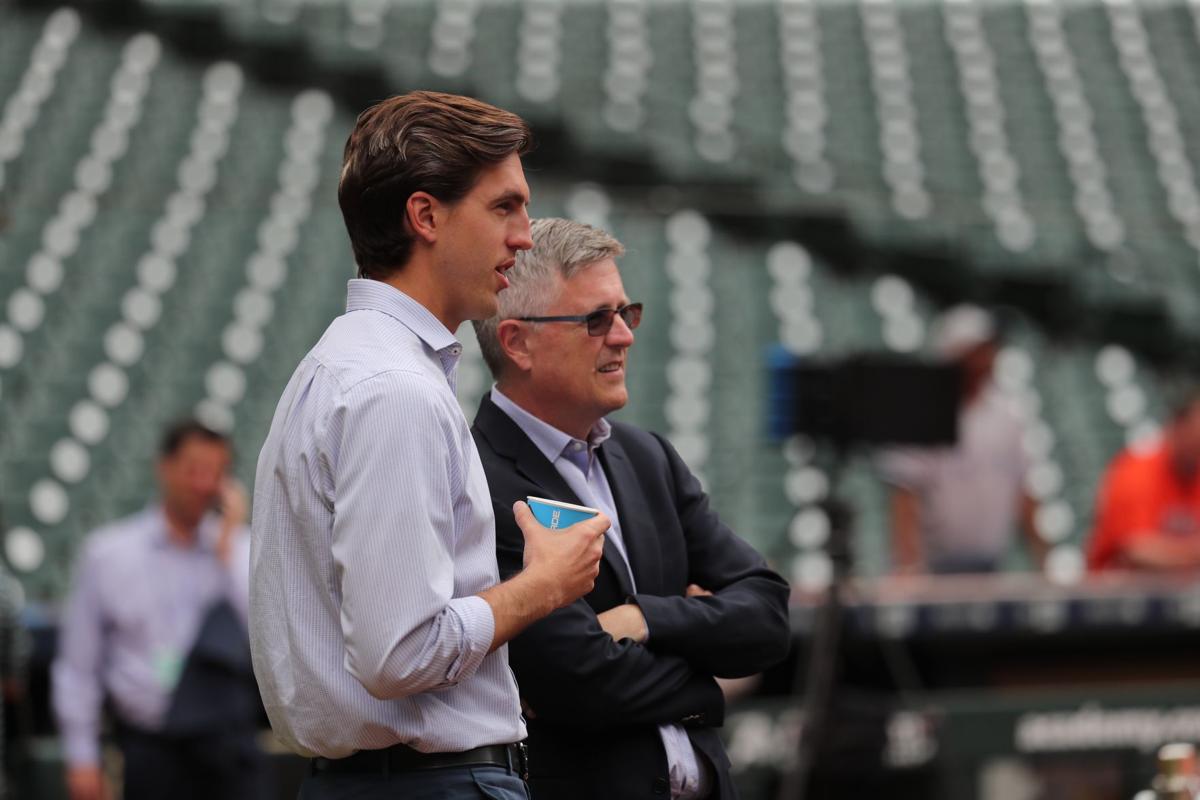 The pursuit of a second World Series championship in three seasons commenced Friday for the Houston Astros.

Many of the names are common to even the casual major league baseball fan – Verlander, Altuve, Springer, Bregman, Cole, Correa and Grienke.

The manager, A.J. Hinch, and the general manager, Jeff Luhnow, are as accomplished and well-thought of as any who hold the same positions in MLB.

Another guy who has been a part of Houston’s impressive five-year run has a name that is recognizable to probably no one outside of the Astros and MLB circles – and the Borough of Carmichaels and the Carmichaels Area School District.

His name is Pete Putila.

He has been with the Astros’ organization since gaining an internship in 2011.

Most recently, he has served as the organization’s director of player development, which is similar to a farm director. He has been involved with player development at the major-league level. His primary role is with the minor leagues – spending time at Houston’s various affiliates and its complex in the Dominican Republic.

The Astros are a model organization, credited for being at the front of player development through individualized and a data- and technology-based approach.

The 30-year-old is on the MLB executive fast track. He has been entrusted with Houston’s future.

In his newly-expanded role, Putila will continue to oversee player development at all levels of the organization and will also oversee the sports medicine and performance department.

Putila is a graduate of West Virginia University where he received his bachelor’s degree in sports management and served as the baseball team’s student manager.

The Astros entered the American League Division Series Friday against the Tampa Bay Rays with a major-league best 107 regular-season victories. They have won three straight American League West Division championships and qualified for the playoffs four of the past five years.

“It starts from the top, with owner Jim Crane and Jeff Luhnow, who expect high standards and really try to be excellent in every area,” Putila said.

“It starts with the scouting group and onto the staff and players. It’s a privilege to be part of an organization that wants to be excellent in every way. More than a decade of work has gone into making this team.”

Putila has been there almost every step of the way.

He grew up in Carmichaels with his parents, Patricia and Joe, and three brothers, twin Mike, and Joe and Derek.

Pete Putila graduated from Carmichaels High School in 2007. He was a member of the Mikes’ WPIAL championship baseball team in 2005 and graduated from WVU in 2011.

He worked different jobs and was a student-manager for the baseball team at WVU, under former Mountaineers coach, the late Greg Van Zant. Putila was encouraged by the university to gain as much experience as possible.

Putila caught a break with Houston.

“I worked there through August (2011) when the (former) GM Ed Wade offered me a full-time job in baseball operations,” Putila explained. “I was an assistant in a generalist role. It was a small department compared with now. I helped with administrative duties related to the baseball calendar.

“From there, I started helping with advance scouting, helping the coaching staff with what they needed to prepare for opponents.”

Crane was in the process of buying the team and Luhnow came in as general manager, replacing Wade.

“There was a lot change,” Putila said. “(Jeff) came in and I did my best to learn from anyone.”

Putila added that he remained in a “generalist” role. He was given the job of working with instant replay, when it came into play in MLB, and also did some advance scouting.

“I spent two seasons in the clubhouse and that gave me a really good perspective that would have been hard to gain if I had not been integrated into the clubhouse,” Putila said. “From there, I moved full-time into a player development role. I’ve been in that area since. It’s been fun, challenging and dynamic. I tried to capture something from every opportunity.”

The two years spent working in the clubhouse made an impact on Putila.

“It helped me tremendously,” he said. “It’s one thing to maybe hear about the different facets, challenges and opportunities. To be there day in, day out to see a little more from players and coaches and knowing I had the tiniest impact on the game was important for me. I couldn’t imagine feeling what the manager and staff felt. It’s a pressure situation. It’s different to actually see how those guys performed being in there with them rather than just watching 1,000 miles away.”

Putila’s quick rise in Houston’s organization is a testament to his hard work and genuine love for baseball. He was not the most talented athlete or baseball player at Carmichaels, but he was focused, supported his teammates and accepted his role.

“I couldn’t be prouder that Pete has made it so far,” said Dave Bates, who coached Putila in baseball at Carmichaels. “Often times, guys who make it in the big leagues as front office personnel are guys who have spent a career as a player and extend by working in an administrative capacity.

“Pete has made a career out of studying the game, learning from those who know so much and are willing to share it with him. His passion and love for the game are evident when you hear him talk of being part of the “team” that has been so successful for the Astros.

“Pete was a guy who didn’t play early for us,” Bates continued. “He put in his time, learned his position, filled smaller roles until it was time to step up and then did his job for a short time. Knowing his role was one of the things that impressed me most about Pete. When I asked Pete to do something for the team, it was always with complete effort – total dedication to the task at hand. He never asked for anything for himself, only what he could do to help the Mikes be successful.”

Prepared to be involved

Putila played basketball his freshmen year at Carmichaels, golf his junior and senior years and baseball for four years.

He said WVU prepared him for a professional career, but he had no idea where his college experience would lead him.

“I wanted to be involved with an (baseball) organization,” Putila said. “At that time, it was hard to say what might have been. I’d be lying to say I thought I’d be in this position. It’s been a good ride and a good journey.

“It’s a really good experience. Talk about high standards. They have been able to instill a pride in us to work as hard as we can to put our best foot forward. It’s a special group. To be part of it is something I will always take with me.”

Putila is looking forward to another postseason run. Winning the World Series was great fun.

“It was incredible,” Putila said. “Maybe the coolest part, other than moment of winning it, were the moments after that. When we returned to Houston, people were on top of cars. At the airport, people were there to meet the plane. There were a couple fire trucks spraying an arc of water over the plane as it arrived, and the parade was incredible.”

Clearly, the early part of his career in baseball has been an uplifting and enlightening experience.

“I want to give a shout out to my parents,” Putila said. “It’s been quite a journey.

Bates added that Putila’s enthusiasm for baseball and his work sets him apart.

“I remember talking with him one afternoon while I was at school and he had just finished a video tape analysis session with a former MLB great,” Bates said. “I think it was (Jeff) Bagwell, and Pete’s voice was just so exuberant. It was like listening to a little kid after a trip to the circus. He just couldn’t get enough of it. Few people ever get to achieve what they are fully capable of. Pete is one of those lucky, deserving, few.”

“He has utilized his people skills at the major league level. His ability to form relationships with folks who recognize his hard work ethic, his attention to detail, and mostly his ability to listen – really listen – and get to the core of an issue is key for him.

“We had a baseball reunion a couple of years back and Pete was in for Christmas. As reunions tend to foster talk of the ‘glory days,’ I don’t know that I ever heard Pete tell another former player exactly what he does for a living. It’s this kind of humility that makes Pete so special. I am so proud of how hard Pete has worked to get where he is today.”

Today is what concerns Putila. He doesn’t worry about his baseball future.

“I never approached it wanting to be in a certain position by a certain time,” Putila said. “Instead, I’ve focused on simply doing the best I can with every opportunity. It’s the reason I’m still with the Astros. I really see the value in the work because of how engaging and dynamic it is being able to work with a group of experts in different areas and to collaborate with them to win more games and championships. It’s a unique setting to work in and I want to be a part of that as long as possible. That’s the ultimate goal.”