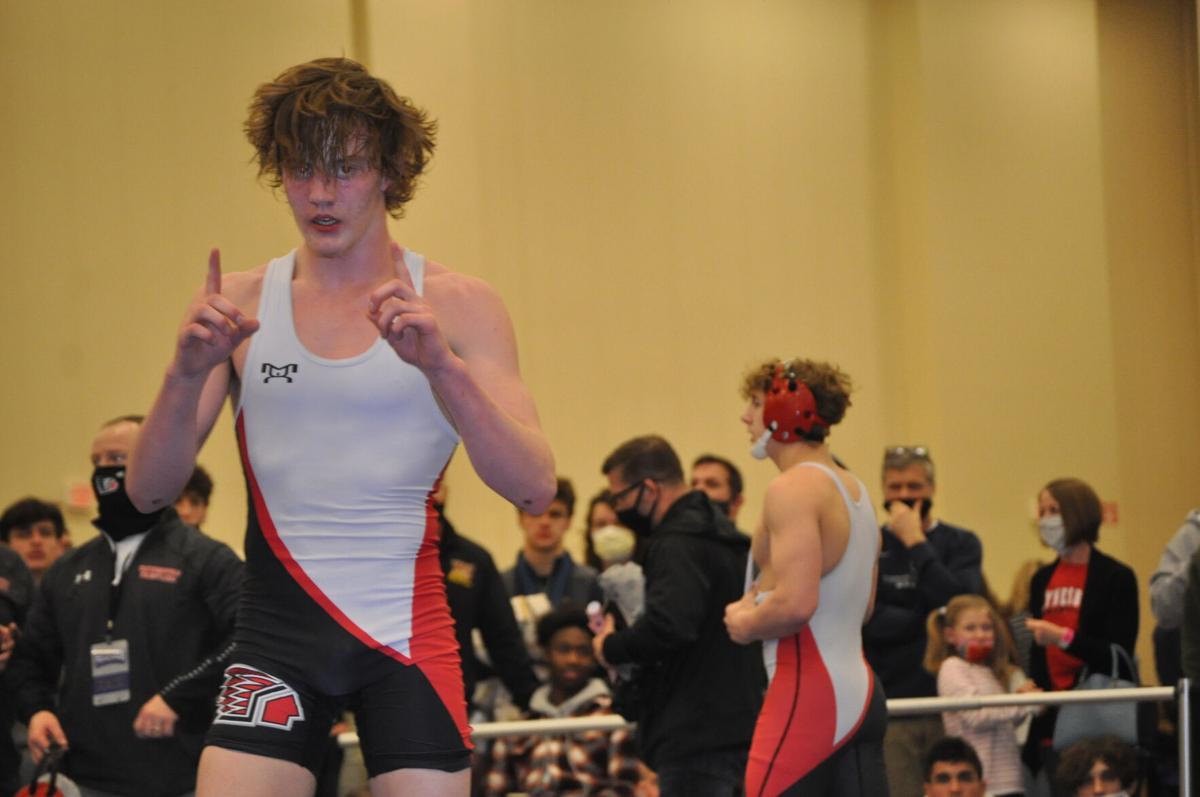 Cole Homet of Waynesburg thanks a higher power after winning the 138-pound title at Powerade Saturday. 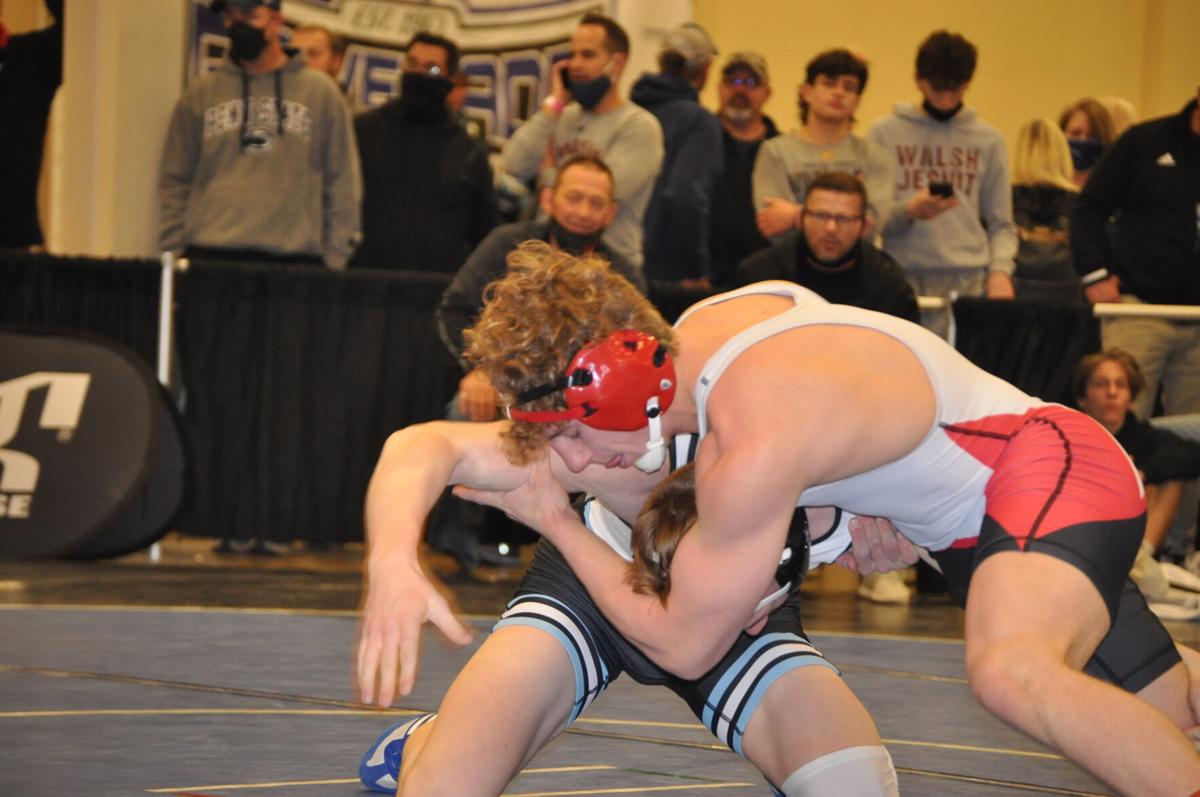 Cole Homet of Waynesburg thanks a higher power after winning the 138-pound title at Powerade Saturday.

Wyatt Henson finally put the disappointment of this tournament in the rear view mirror.

And Waynesburg put on quite a show in the Powerade Wrestling tournament Saturday afternoon.

The Raider had five in the finals and won two weight classes to finish in second place in the team standings with 225.5 points, 20 behind winner Malvern Prep.

The last time the Raiders won a title was in 1988. Before that, the Raiders won the 1980 championship. Waynesburg head coach Joe Throckmorton was on that 1980 team and went on to win a state title that season .

Homet and Henson won their weight classes, 138 and 145, respectively, and got second place finishes from Joe Simon at 113 pounds, Mac Church at 120 and Rocco Welsh at 152.

Augustine, the top-seeded wrestler in the 172-pound weight class, missed the tournament with an injury.

Throckmorton said this team is a month behind schedule because of the six-week shutdown of the sport in December because of the coronavirus. Every other team has the same problem.

“We just have to be more aggressive,” said Throckmorton. “We have to keep pushing the pace. Because of COVID, the tournament is the best in the country. It’s our stepping stone to improve. We have a lot to do and we’re excited about it.”

With his first title in the bag, Homet stuck both index fingers into the air.

“That was for the Lord,” said Homet.

“Ijust wanted to go one point at a time. That was what I did and I’m happy about it.”

Homet said he had no idea who Niffenegger was, hat school he represented or his past history.

“I just went out and wrestled him,” he said. “I’m going to celebrate by going out and eat with my brother.”

Homet opened a 5-0 lead in the final and cruised from there.

Henson won an 11-5 decision over Chance Shearer of Seneca Valley. Henson hit hard and fast and took a 9-2 lead heading into the final period.

“I’ve still got to get to work on a couple things,” said Henson. “It’s awesome. It’s been four years. I’ve been waiting four years to win this tournament. It’s a huge weight off my chest.”

Church struggled with the diminutive stature of Mason Gibson of Bishop McCort. After a scoreless first period, Gibson took a 6-3 lead in the second, thanks to three takdowns.

“He’s really strong and has heavy pulls,” said Church. “I felt a little sick today but that’s all right.”

Simon lost a 10-1 decision to returning state champion Vince Kilkeary of Latrobe. Kilkeary broke it open with a 5-point move in the second period.

Canon-Millan had six placewinners out of 11 entries to finish in sixth place with 110.5 points.

Brandon Dami finished in fourth place after a 2-1 loss to Nolan Frye of Walsh Jesuit.

“I am happy with the way things turned out,” said Canon-McMillan head coach Jeff Havelka. “All our kids wrestled hard. Some of them got on the backside and ground out some wins.”

Gianni Martini lost a match for fifth place when he was forced to default to Grant MacKay of Laurel, Martini lay injured and was taken to a nearby hospital. He was able to move his arms and legs and Havelka felt he would be all right.

Trinity had to medalists: Ty Banco at 215 pounds and Tyson Brophy at heavyweight.

Burgettstown had one medalis Gaven Suica, who was eighth at 120.