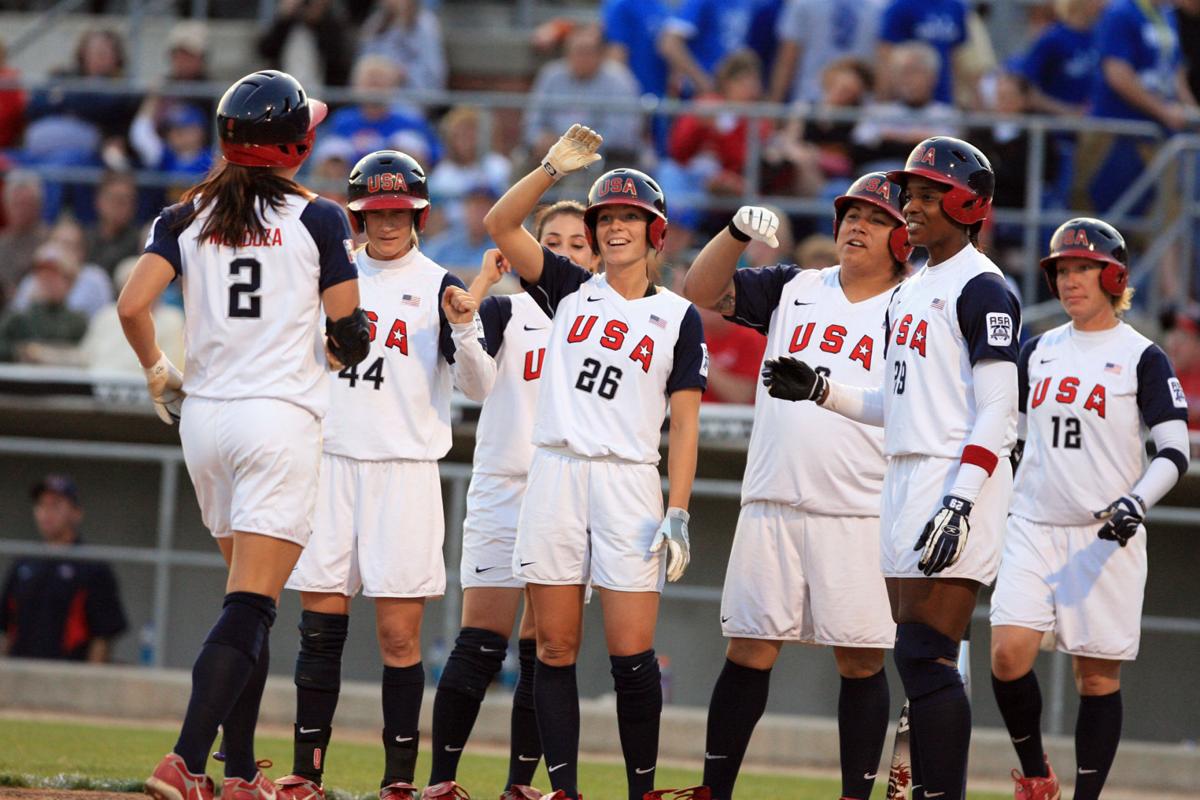 Team USA’s Jessica Mendoza (2) is greated by teammates after hitting a grand slam against Robert Morris in a Bound 4 Beijing Tour exhibition game played in Washington in 2008. Others include Laura Berg (44), Caitlin Lowe (26), Crystal Bustos (6), Natasha Watley (29), and Kelly Kretschman (12). 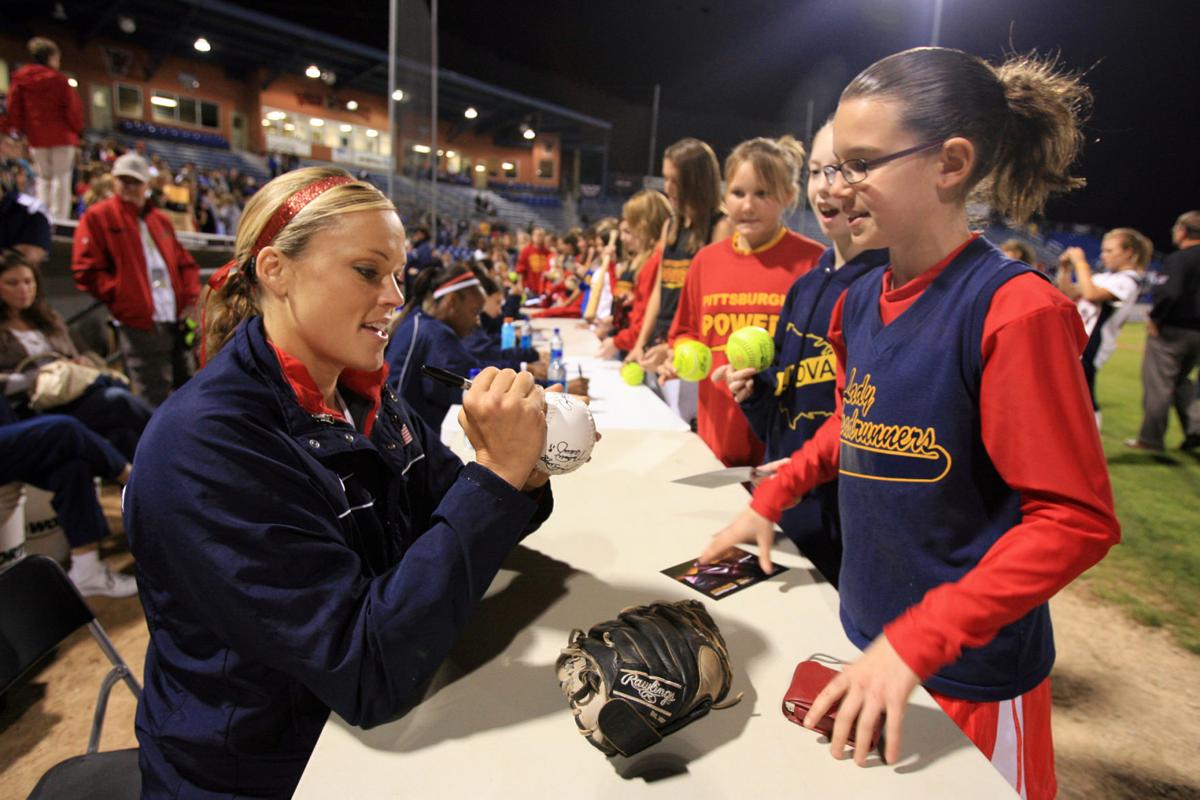 Team USA’s Jessica Mendoza (2) is greated by teammates after hitting a grand slam against Robert Morris in a Bound 4 Beijing Tour exhibition game played in Washington in 2008. Others include Laura Berg (44), Caitlin Lowe (26), Crystal Bustos (6), Natasha Watley (29), and Kelly Kretschman (12).

Today’s “When Sports Were Played” takes us back to May 1, 2008 and one of the most unique events ever held in Washington County, an exhibition game between the United States Olympic Softball Team and Robert Morris University.

Name the pitching record and chances are Monica Abbott set it during a glorious career at the University of Tennessee.

But she couldn’t get Brooke Panepinto out.

Panepinto, a junior on Robert Morris University and a former three-sport standout at Belle Vernon High School, lined an Abbott pitch to left field in top of the fourth inning during the Colonials’ exhibition against the 2008 USA Women’s Softball Olympic Team.

Panepinto’s single didn’t amount to much on the scoreboard as Team USA cruised to a 16-0 victory in six innings Thursday night at Consol Energy Park. Yet for the 5-0 outfielder and a few others among the 4,132 in attendance, it provided a life-lasting memory.

“I don’t brag and I don’t think I’ll brag about this. I’m modest,” Panepinto said. “But when I got to first base, I was like, ‘Yes. I just got a hit off the Olympic softball team.’”

Panepinto’s hit was one of two Robert Morris, a five-time champion of the Northeast Conference, had off Team USA’s stable of pitchers, which included the wildly popular Jennie Finch, Abbott and Cat Osterman.

The best part for Panepinto is that she enjoyed the moment with family, some of which drove from as far away as Kentucky to watch Robert Morris participate in the softball moment of its lifetime.

“I came in thinking that I’m here to just have fun,” Panepinto said. “This is a big deal to me and each of my teammates. When we first found out we were playing them, we were all in the gym and we just started screaming.”

It’s the type of unbridled passion that even the polished players of Team USA can appreciate.

“I’m actually kind of jealous because a lot of these teams get the chance to play us and that was something I would have loved to have done when I was in college,” said outfielder Jessica Mendoza, who went 3-for-3 with a grand slam and seven RBI.

“I don’t want to see our pitching get hit but, at the same time, that is something that will stick with them for the rest of their lives so it’s hard not to be happy for them.”

Tuesday’s exhibition was the 28th stop on the Bound 4 Beijing tour. Team USA is 27-1 so far with the lone loss a 1-0 setback against Virginia Tech. By the time the tour ends in late July, the Olympic team will have logged 37,265 miles.

Don’t let the lopsided score deceive; some of the nation’s top college teams were knocked around a little harder.

Arizona, the defending national champion, lost 16-0 and yielded 10 straight runs without an out.

“Well, I guess we did something pretty good,” said Robert Morris starting pitcher Brenna Reed, a senior who led Montour to the PIAA Class AAA title game in 2001.

“Really, I’m pleased with everything. We did not want to go out there and embarrass ourselves and we didn’t. All our pitchers came out and did pretty well. Those are the best softball players in the world over there.”

After a Crystl Bustos home run put Team USA up 4-0 in the first, Reed responded by striking out outfielder Kelly Kretschman. Of course, Kretschman homered off Reed in the second inning.

“I think she won that battle,” Reed said. “But I did get a little bit excited when I struck her out.”

The crowd was the second largest to date on the Bound 4 Beijing Tour. Through 28 games, the Olympic team has outscored opponents, 292-11 and shut out 23 opponents.