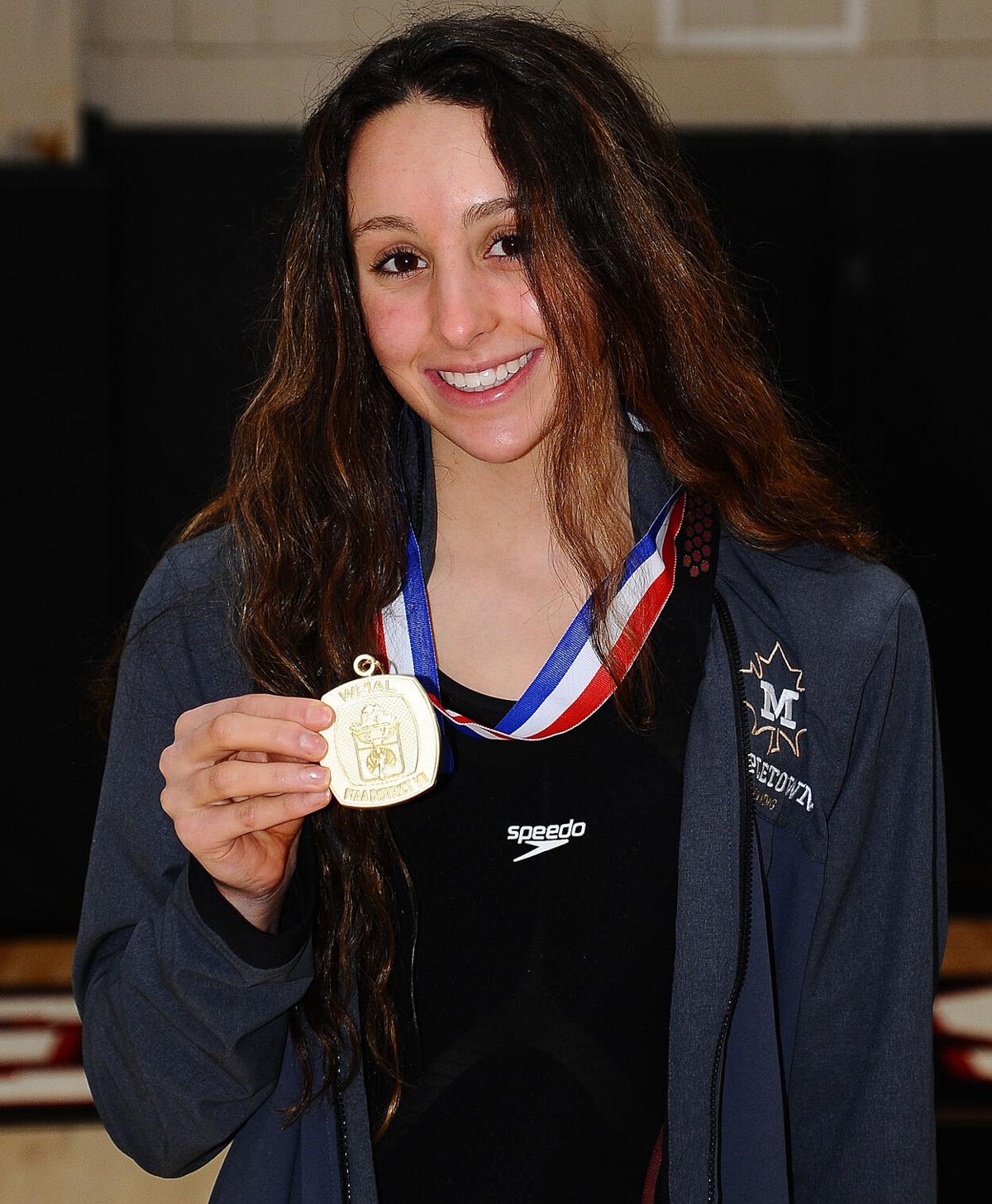 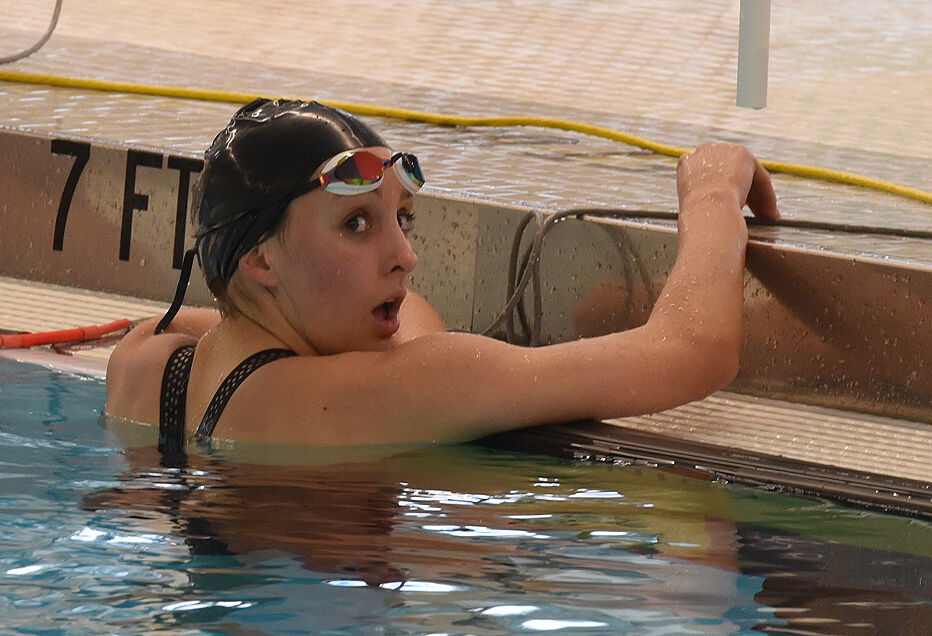 Ella Menear reacts to setting a pool record at Upper St. Clair High School after she captured the 200-yard IM during the WPIAL Class AA swimming championships. Menear clocked in at 2:04. 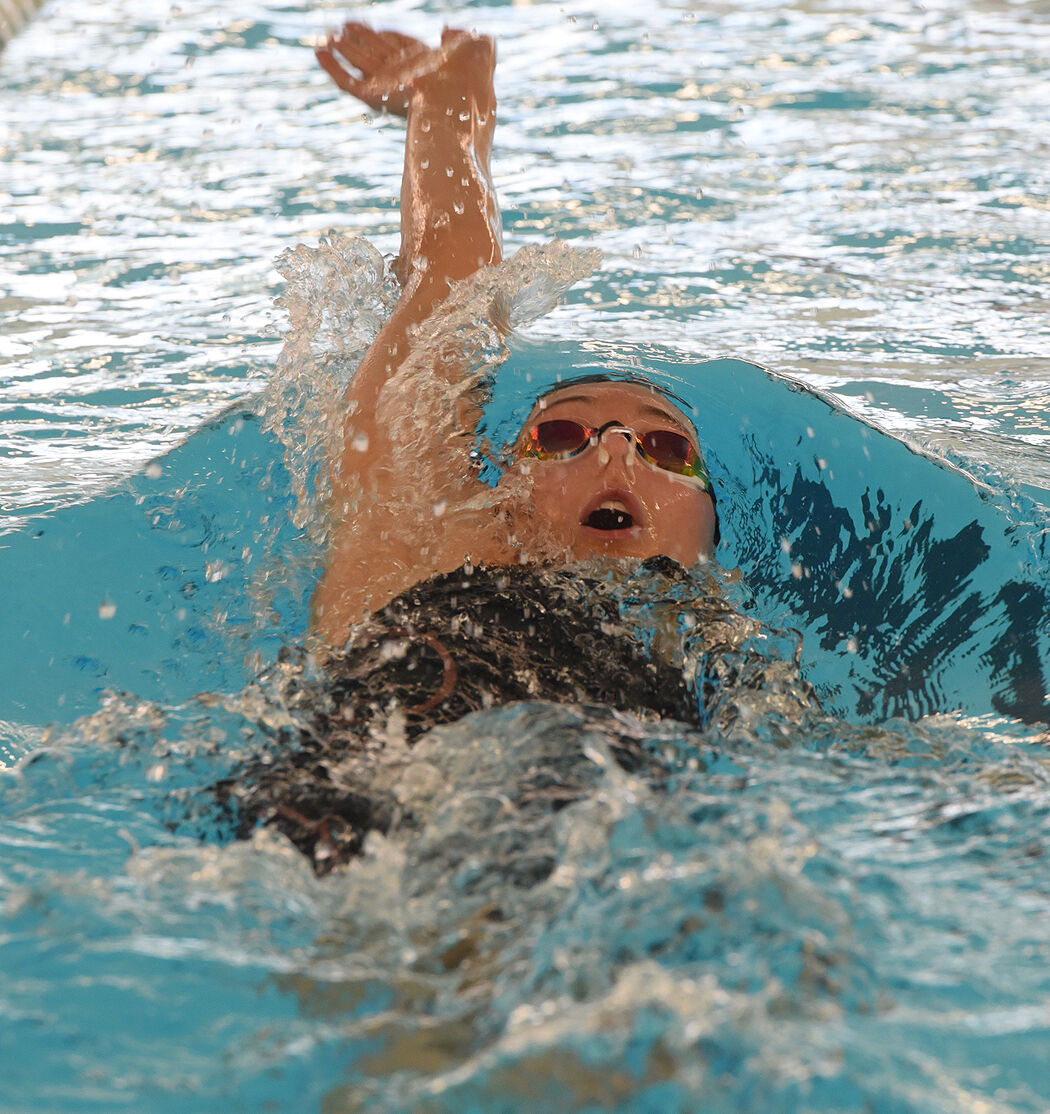 Paige Doleno soars through the water during the butterfly leg of the 200-yard IM. The Ringgold junior clocked a 2:20.11 time in the event. 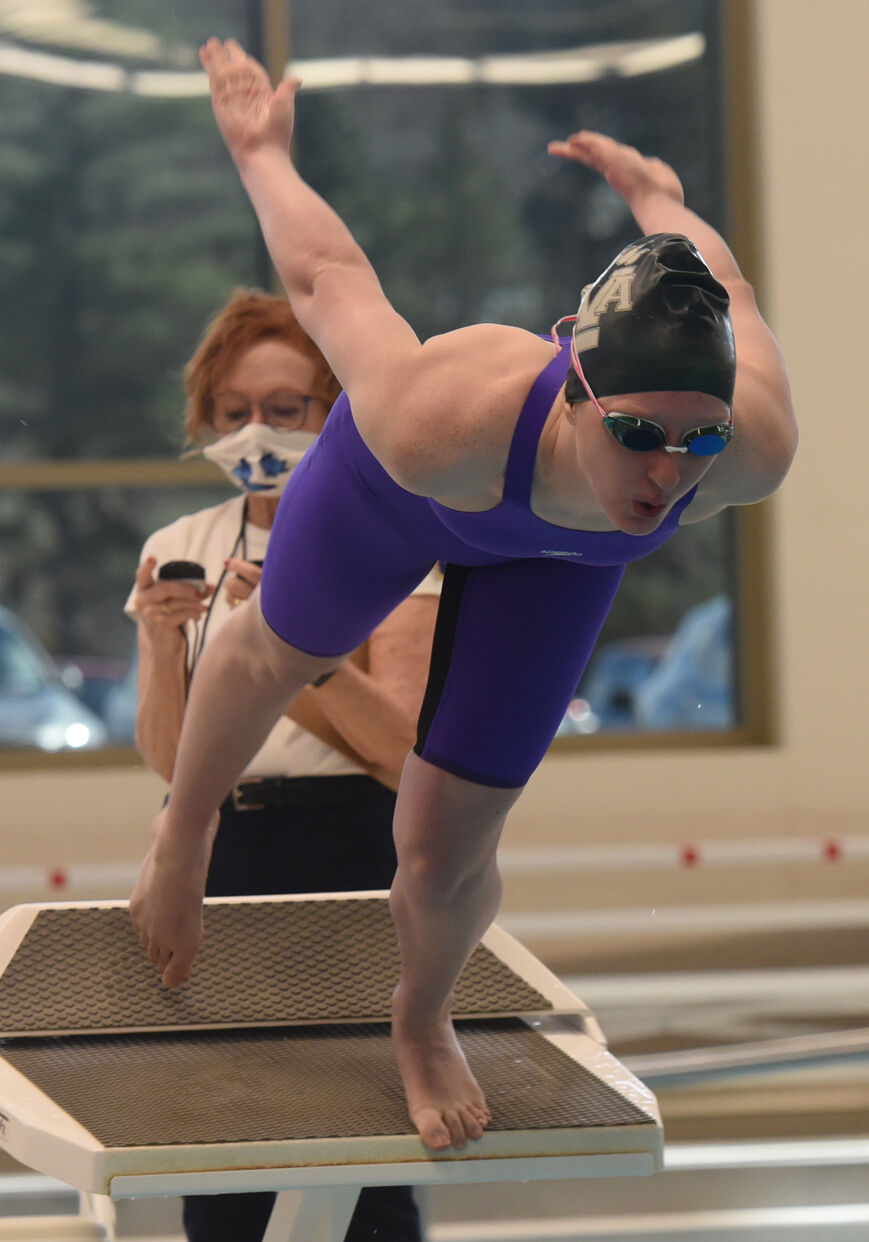 Delaney Patterson of Ringgold explodes off the blocks at the start of the 200-yard freestyle event during the WPIAL Class AA swimming championships.

Ella Menear reacts to setting a pool record at Upper St. Clair High School after she captured the 200-yard IM during the WPIAL Class AA swimming championships. Menear clocked in at 2:04.

Paige Doleno soars through the water during the butterfly leg of the 200-yard IM. The Ringgold junior clocked a 2:20.11 time in the event.

Delaney Patterson of Ringgold explodes off the blocks at the start of the 200-yard freestyle event during the WPIAL Class AA swimming championships.

“I don’t know if people know this but I feel a lot of pressure,” said the 16-year-old sophomore. “Coming into WPIALS, everybody was like bring it home, bring it home.”

Meaner did not disappoint her classmates. Not only did she bring shome two gold medals, she set a pair of pool records in the proces.

The two victories earned Menear an automatic berth in the PIAA Championships set for March 19-20 at Cumberland Valley High School in Mechanicsburg.

“I always have high expectations for myself so, at states, I want to cut time,” Menear said.

Working on a four-day, drop taper for WPIALs, Menear shaved more than seven seconds off her 200 IM seed time of 2:11.61 and almost three seconds off her 100 back entry time of 57.48 to set the new standards at USC.

“Ella is very goal-oriented,” said her mother and coach, Christy, who along with her husband Rick, acted as one of Menear’s chaperones for the meet. “She walked in with goals but we certainly were not thinking records. To get new pool records was pretty cool.”

The times were not WPIAL records as those standards were 2:00.57 for the IM set in 2016 by Bailey Bonnett and 54.1 set in 2013 by Margaret Gruber when the WPIAL Championships were held at the University of Pittsburgh’s Trees pool.

Because of the pandemic, the Pitt venue was not available so the WPIAL moved the championships to Upper St. Clair to accommodate social distancing and other COVID-19 protocols. The USC pool opened for competition last January.

“Pools don’t affect me in any way,” said Menear. “I just do what I have to do. It’s nice at Pitt but I really liked this pool. It’s a fast pool.”

Christy Meaner also noted that her daughter just turned 16 in September so she’s young enough to challenge those district marks at a later date.

“Anything is possible,” Christy said.

Meaner is used to doing the unthinkable. Because her tiny high school in southeastern Greene County does not sponsor a swim team, Meaner travels to Morgantown, West Virginia, to practice with a local club. She also travels to Laurel Highlands to swim in all their meets so as to garner the times necessary to qualify for meets like the WPIAL Championships.

Noting it took one hour and 10 minutes to reach Upper St. Clair High School for this year’s finals and considering all the additional travel times, Menear acknowledged the effort was “worth it.”

“Definitely, she said. “A lot of time and dedication goes into this so it definitely paid off.”

Mental coaxing paid off for Menear in the IM. She started strong in the fly. Though challenged, she kept the pace in the backstroke and survived her worst stroke (the breast) before broadening her lead in the 50 free sprint to the finish.

“It’s pretty hard after the fly not to take a rest during the backstroke. I really had to push through that and I made sure that I kicked really hard in the breast. At that point, I was really tired but I told myself to go as fast as you can. You have to bring it home. Bring it home. I kind of knew during the flip turn on the first 50 in the free that I had it then.”

Only six one-hundreds seconds off the No. 1 seed time, Menear knew the backstroke was hers for the taking.

“It’s always been my best event. I love it. The race was most important to me,” she said.

Meaner gave it her all and won by more than a second over Quaker Valley’s Isabel Huang, whom she had also beaten in the IM.

“The backstroke went better than I expected. The whole race felt pretty good. I felt strong,” Menear said. “The last 10 yards were hard though so I just had to try as hard as I could. It’s hard at the end because you’ve tried so hard throughout the whole race that your legs and arms are like dead and all you are thinking about is just finishing.”

Menear doesn’t begin and end with swimming. She is a National Honor Society student that maintains a 4.6 GPA. She plans to swim in college then go on to attend medical school. Meaner also plays volleyball in the fall for the high school team.

“I really like it. It’s fun,” she said of her secondary sport. “But I love swimming. It’s something I have been doing since my mom threw me in the pool when I was little. I’ve been swimming competitively since I was 5. So it went from there.”