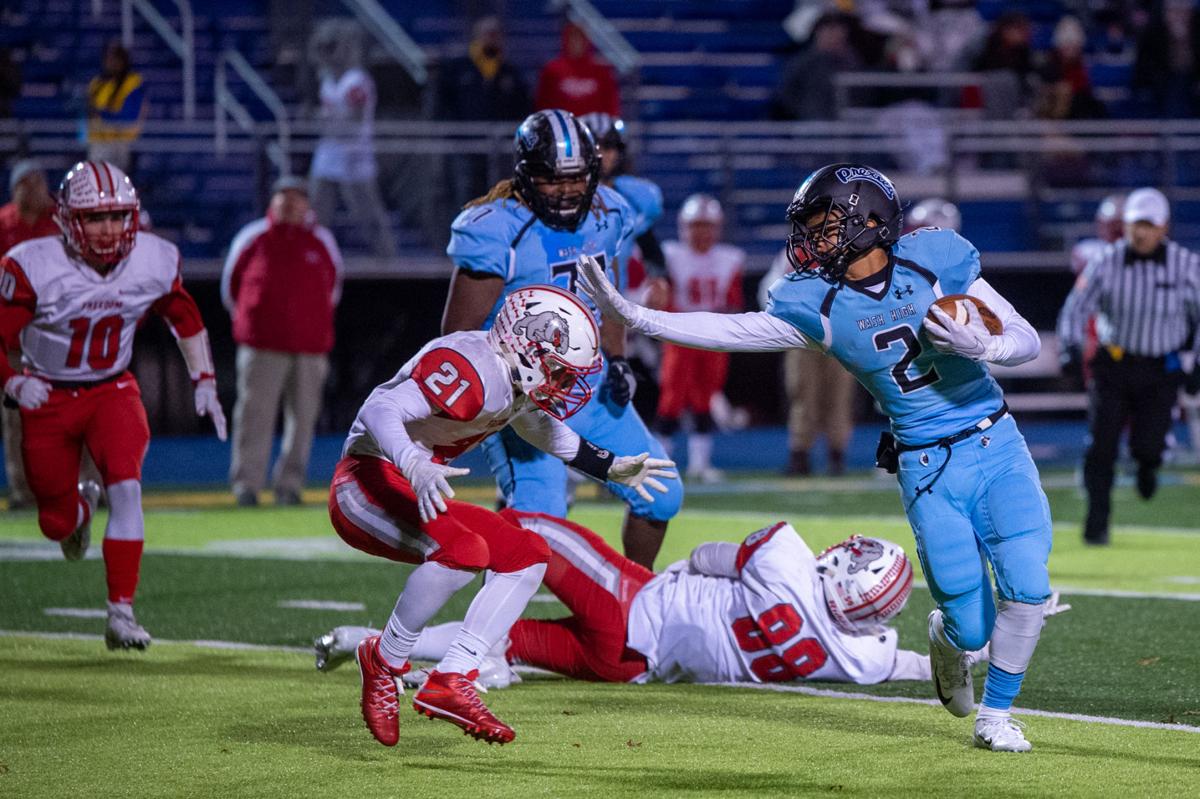 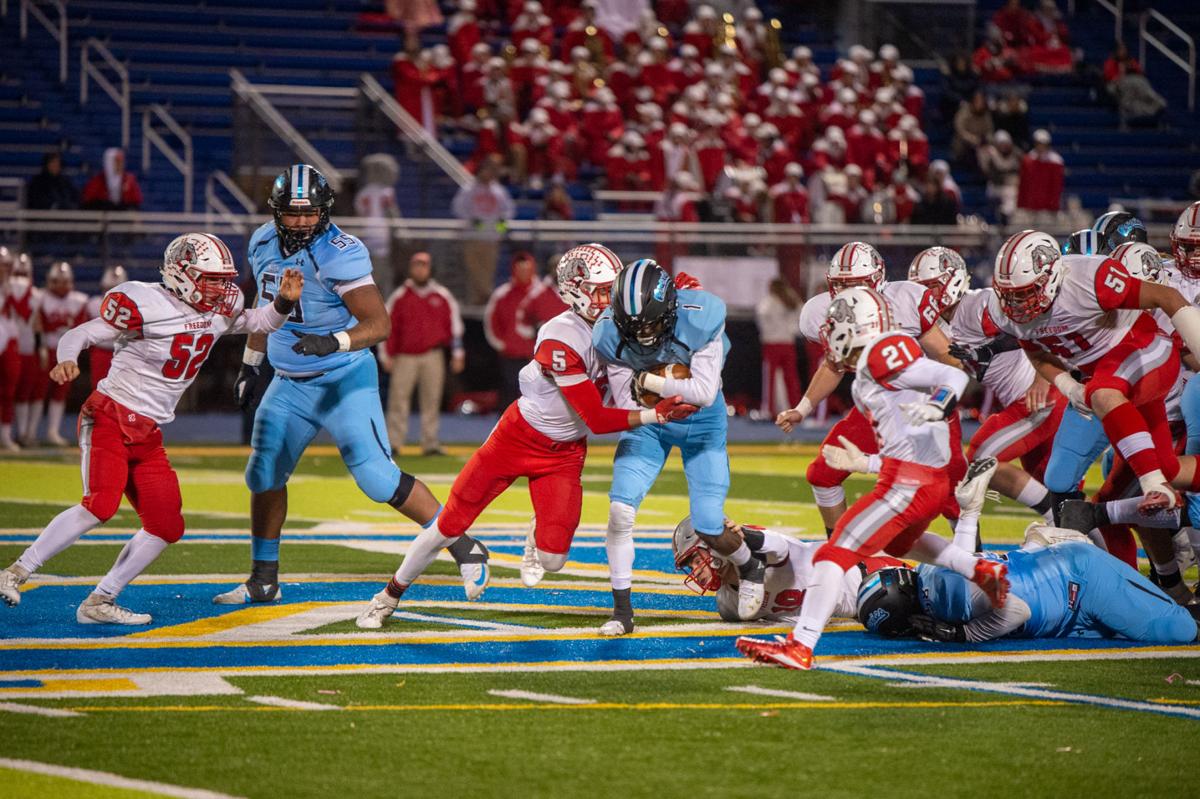 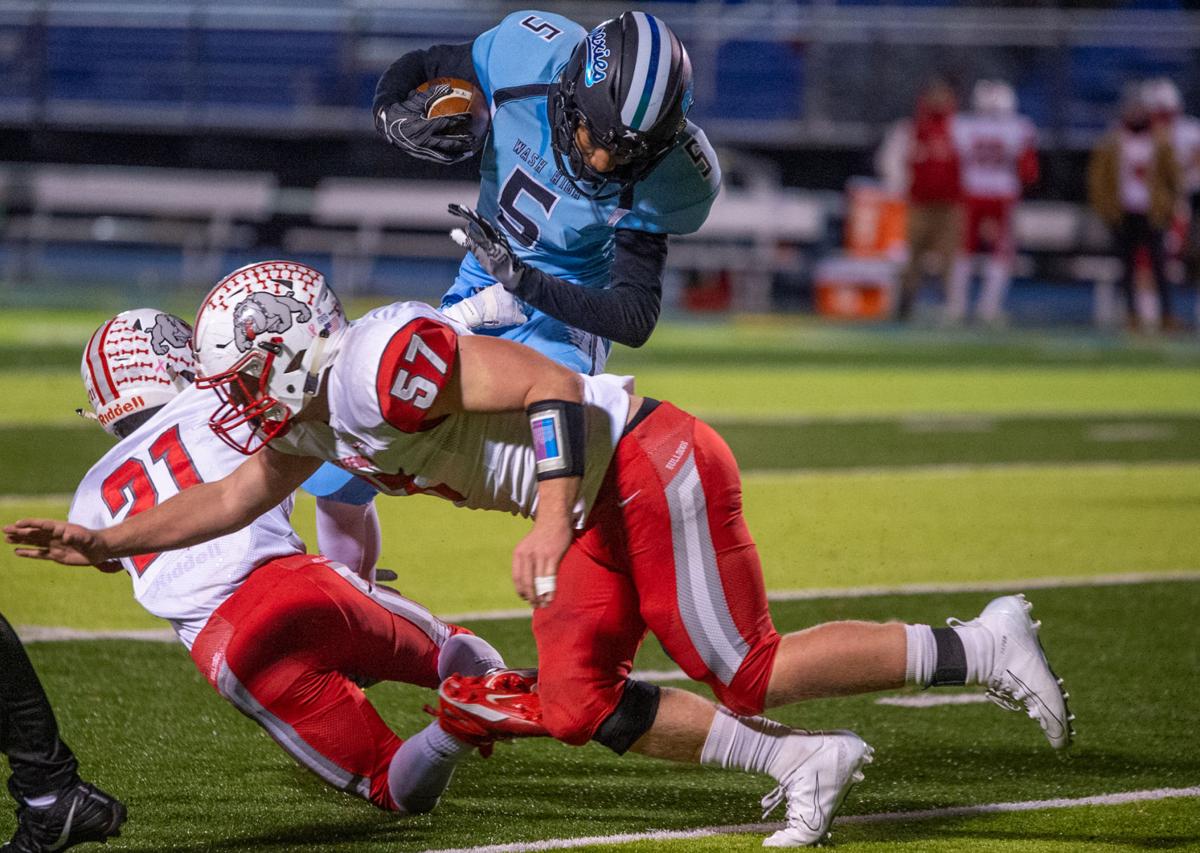 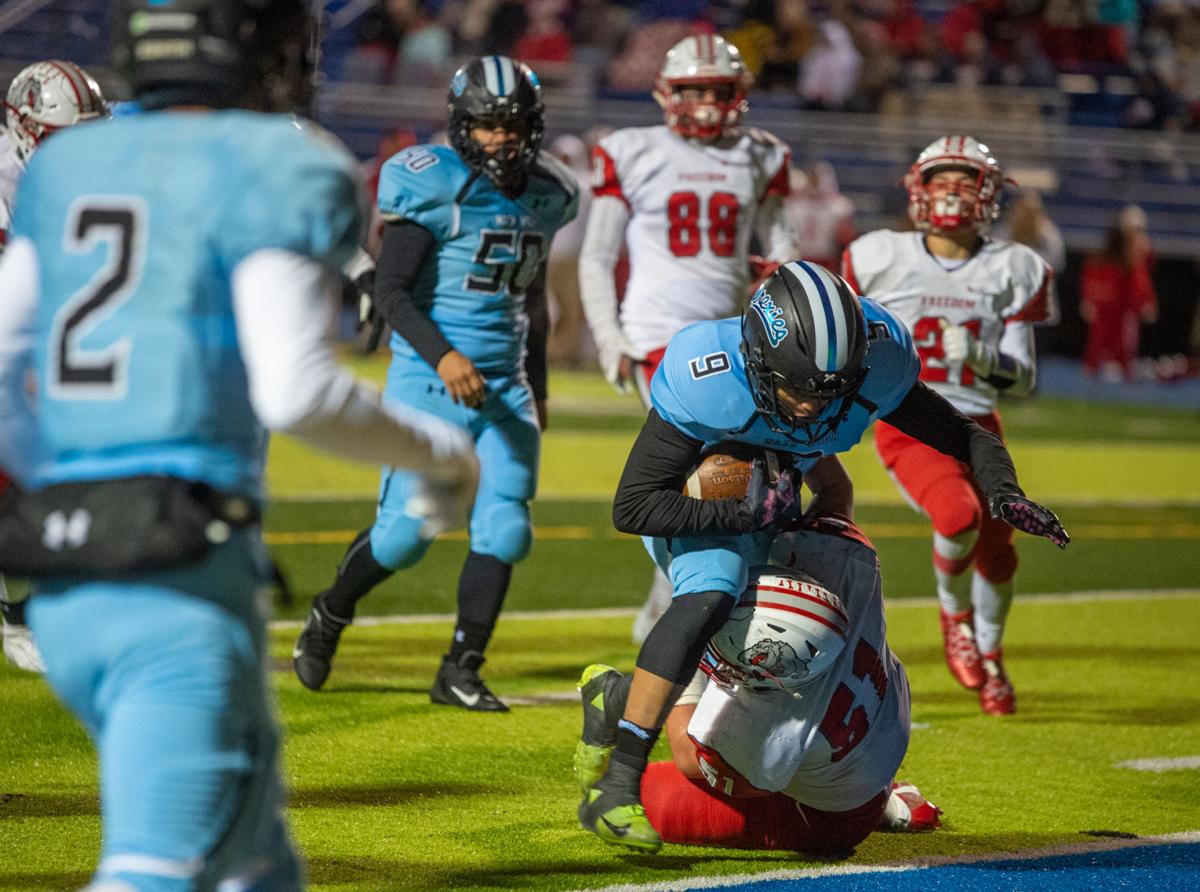 Washington’s Tayshawn Levy (9) gets a touchdown against Freedom in the 3rd quarter Friday night. 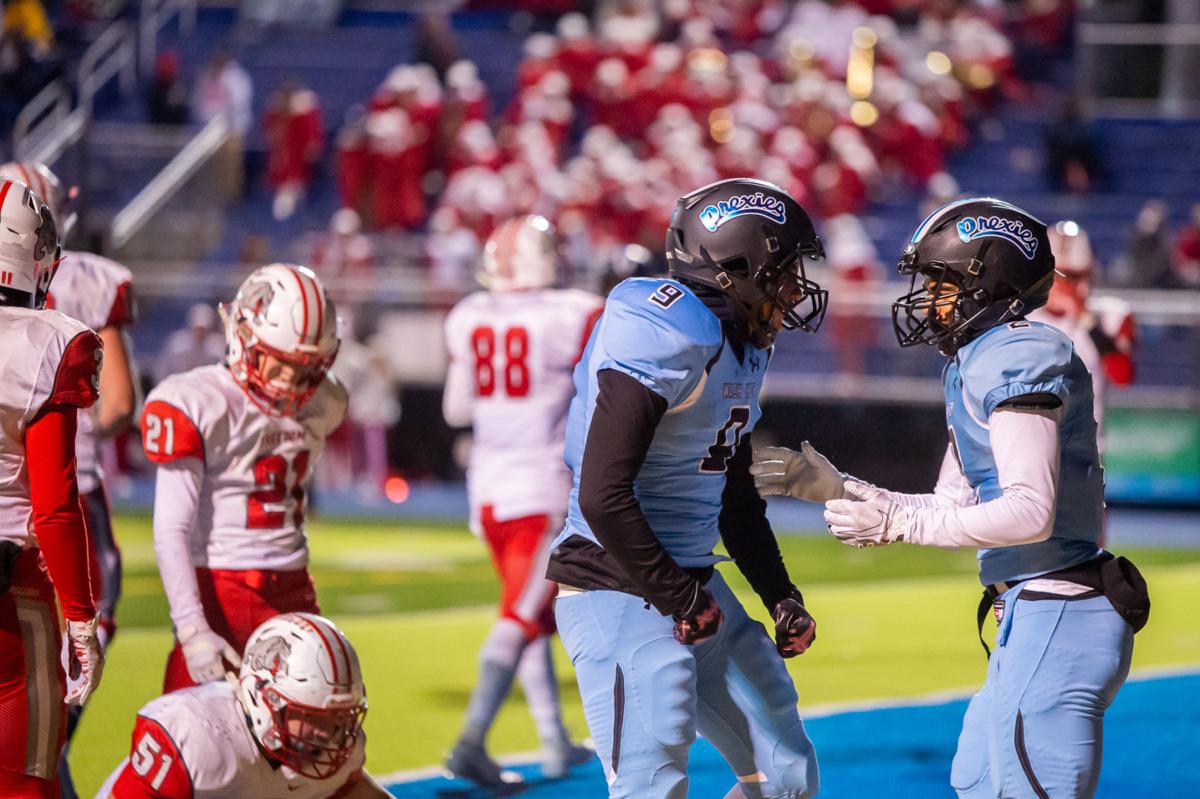 Washington’s Tayshawn Levy (9) gets a touchdown against Freedom in the 3rd quarter Friday night.

CANONSBURG – If the old football axiom of defense wins championships is true, then the Washington Prexies should be in good shape going forward this WPIAL Class AA playoff season.

The Prexies held Freedom to seven total yards in the first half and went on to a 28-0 win over the Bulldogs Friday night in the quarterfinals at Canon-McMillan.

“I have to give credit to our staff on that side of the ball,” Prexies coach Mike Bosnic noted. “Our guys really got after it on defense, too. We really played well on defense.

The win gave the Prexies their 46th all-time postseason victory.

Washington’s offense sputtered much of the evening thanks to a gritty Freedom defense. Zahmere Robinson finished with 82 yards on 12 carries and Zack Swartz, who was sacked three times, finished with six completions in 10 attempts for 98 yards.

But the Prexies (12-0) were bailed out by the defense as they forced three turnovers and was in control all night.

Shaliek Cox started the turnover run for the Prexies when he intercepted Freedom’s Cole Beck on the Bulldogs’ 45-yard line. The interception came on the heels of a Brett Boyd fumble recovery of Zack Swartz on the Freedom 36.

Zakhi Marshall helped net Washington’s second theft of when he sacked Beck on the Freedom 24. Amari Miller scooped up the loose ball, setting up the Prexies on the Bulldogs’ 16.

Freedom’s defense again held strong as it stopped Washington on downs. Undeterred, Swartz snagged Washington’s third turnover when he read a reverse screen pass and intercepted the ball on the 18.

“Zack really stepped up when we needed him on both sides of the ball,” Bosnic added.

Again, Washington failed to take advantage of the opportunity as Freedom held on downs for the third time in the half, leaving the Prexies’ advantage at 14-0 at the half.

Washington’s first drive of the game came up empty when Robinson was stopped inches short on a fourth-and-3 run by at the Freedom 17.

Swartz, however, capped scoring drives of 60 and 44 yards with two one-yard sneaks.

Freedom looked to get back in the game on its first possession of the second half as the Bulldogs moved to the Washington 13. The big play on the drive came courtesy of a Beck-to-Noah Valles 22-yard connection into Prexies real estate. But the Prexies held when Robinson broke up a fourth-down pass in the end zone.

“He’s a special player and he made a big play for us there,” Bosnic said.

Washington again looked to be in a bit of trouble when they went for it on fourth-and-eight from their own 15. The Swartz pass intended for Tayshawn Levy fell incomplete, giving Freedom another chance at slicing into the Prexies’ lead.

But Swartz stopped Freedom’s Reiker Welling two yards short of a first down on fourth-and-long deep in Washington territory, giving the ball back to the Prexies midway through the third quarter.

Washington put the contest on ice when Levy scored from eight yards out on their ensuing drive, which was highlighted by a 41-yard Caleb Jackson catch and run to the Freedom 30.

Swartz’s 32 yard scamper into the end zone midway through the fourth ended the scoring and put the Prexies into the semifinals.