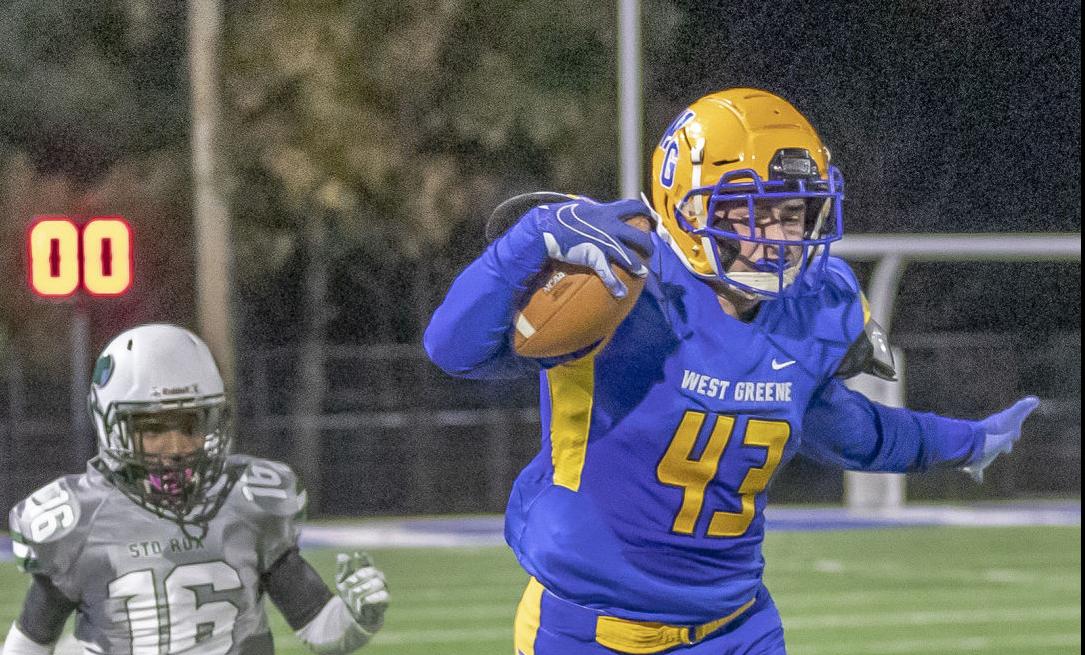 West Greene’s Corey Wise avoids being tackled by Sto-Rox’s Darnell Anderson by leaping over him during the WPIAL Class A semifinal playoff game Friday night at Trinity’s Hiller Field. 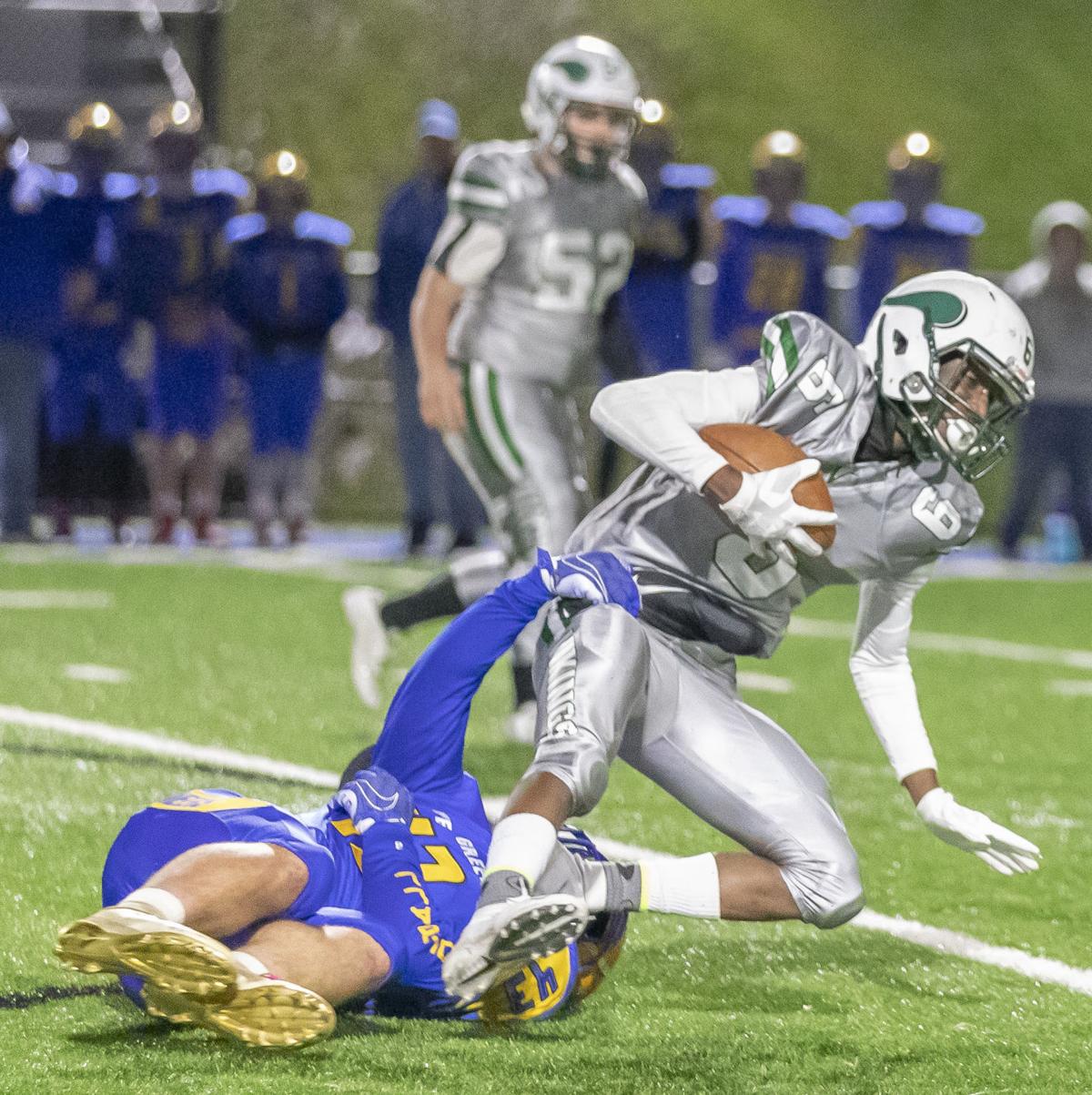 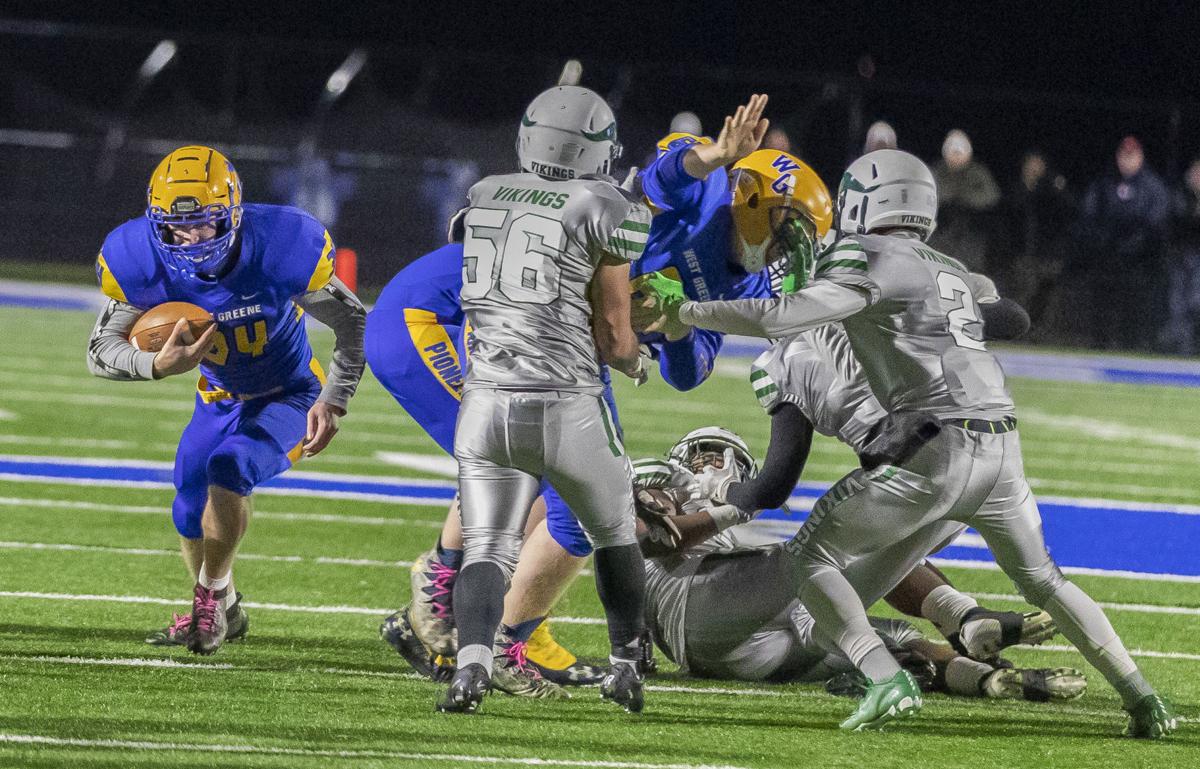 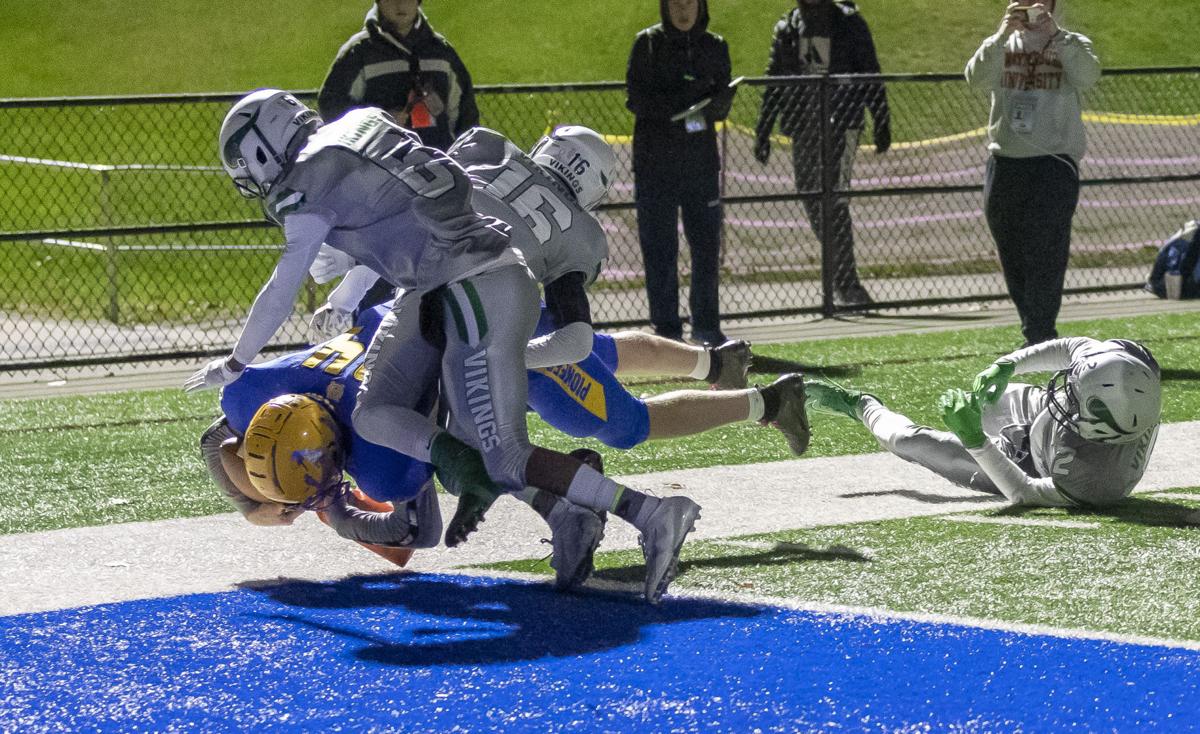 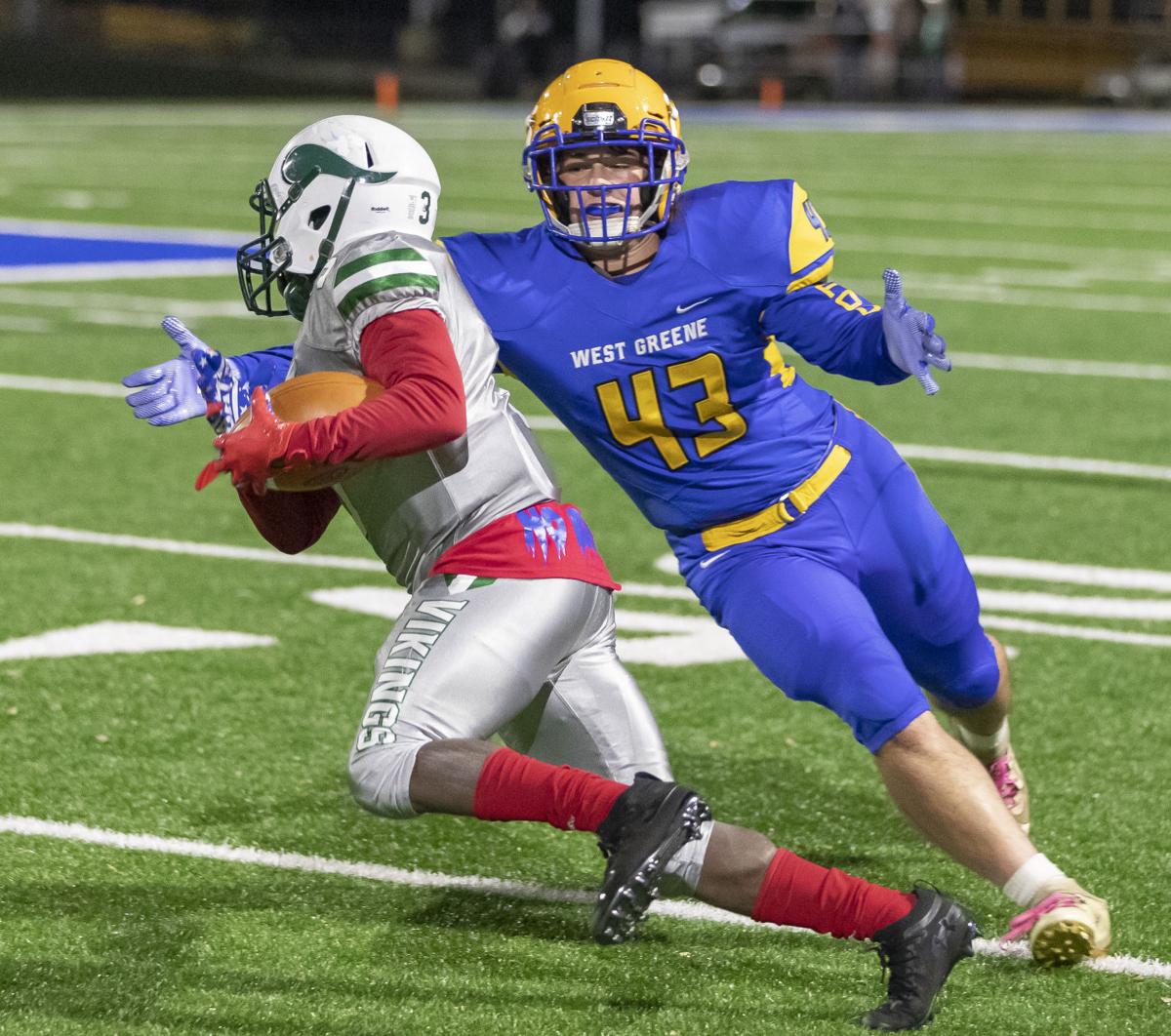 West Greene’s Corey Wise avoids being tackled by Sto-Rox’s Darnell Anderson by leaping over him during the WPIAL Class A semifinal playoff game Friday night at Trinity’s Hiller Field.

West Greene was 24 minutes from playing at Heinz Field, but turnovers and missed opportunities doomed the Pioneers in a 24-7 setback to Sto-Rox on Friday in the WPIAL Class A semifinals at Trinity Middle School.

West Greene, which finished its season at 10-2, won the Tri-County South outright this year after tying for the conference championship last season, and won its first playoff game since advancing to the WPIAL finals in 1993.

“I know a lot of people thought we were going to get mercy-ruled out here tonight, but we didn’t think that,” West Greene coach Brian Hanson said. “There are a lot of teams that would love to be here in the semifinals. Little old West Greene, to come up and finish a season 10-2 and within a few points of playing at Heinz Field. ... West Greene is probably one of the top five or six teams in the state of Pennsylvania.”

The Pioneers’ Ben Jackson, who rushed for 156 yards on 31 carries and scored his team’s lone touchdown, surpassed Armstrong’s Zane Dudek for the most yards in a season in WPIAL history. Dudek had 2,955 yards and Jackson finished this year with 3,079. His 50 touchdowns this season are one behind the record held by Clairton’s Tyler Boyd. Jackson finished his career with 7,105 yards and 102 touchdowns.

“If you load your team with a bunch of Ben Jacksons, you win a state championship,” Hanson said. “He has been an awesome player and an awesome kid. He’s put his team on his back countless times, but that senior class is kind of like that. The Kolin Walkers, the Brock Bedilions, they bleed blue and gold, so it’s not surprise.”

Sto-Rox (11-1) will play Clairton (10-2) next Saturday at Heinz Field for the WPIAL Class A championship. Kickoff is scheduled for 11 a.m.

West Greene had a 7-6 halftime lead, and after recovering a surprise onside kick to start the second half at its own 46, moved the ball to the Vikings’ 45 but Sto-Rox forced a turnovers on downs.

The Pioneers forced a three-and-out, drove to the Vikings’ 30, but Sto-Rox took over on downs and produced what would be the game-winning touchdown when Diontae Givens scored on a five-yard run with one second remaining in the third quarter for a 12-7 advantage.

West Greene had a third drive stall on downs at its own 32 in the fourth quarter before Givens scored on a nine-yard run at 8:47 for an 18-7 lead.

Jackson attempted to spark the Pioneers with a 43-yard return on the ensuing kickoff to the Sto-Rox 27, but a fumble ended the drive.

“We put the ball on the ground and you can’t do that in these close types of games,” Hanson said. “The better team won the game tonight.”

West Greene fumbled on its next two possessions, and the Vikings closed the scoring when Amahd Pack pulled in a 34-yard touchdown reception from Eric Wilson for a 24-7 advantage with 4:46 remaining.

Sto-Rox’s potent passing attack came out strong as Wilson and the Vikings marched 80 yards in four plays in the opening drive that resulted in a 27-yard touchdown pass to Pack for a 6-0 lead.

Wilson was 20 of 33 for 286 yards with two touchdowns and no interceptions. Pack caught eight passes for 131 yards and two scores.

The Pioneers didn’t have much success of their first drive, as they went three-and-out, but after Sto-Rox was forced to punt on its second drive, West Greene took the lead on Jackson’s 17-yard run and Kevin Thompson’s PAT.

“We probably stayed more in one coverage instead of switching it up after their first touchdown,” Hanson said. “We were trying to bring a lot of pressure early on, and against their offense, it’s hard to cover when you get pressure because they are going to spread you so far out, so we laid off some of the pressure stuff and let our D-line create pressure. Brock Bedilion played a helluva game. He was making plays in the backfield all night.”

The Pioneers stopped the Vikings on their next three drives of the first half, including a stop on fourth-and-two at the Sto-Rox 45 when Jackson broke up a Wilson pass.

“We played pretty darn good defense tonight, especially in the red zone,” Hanson said. “This was one of the highest scoring teams out there.”