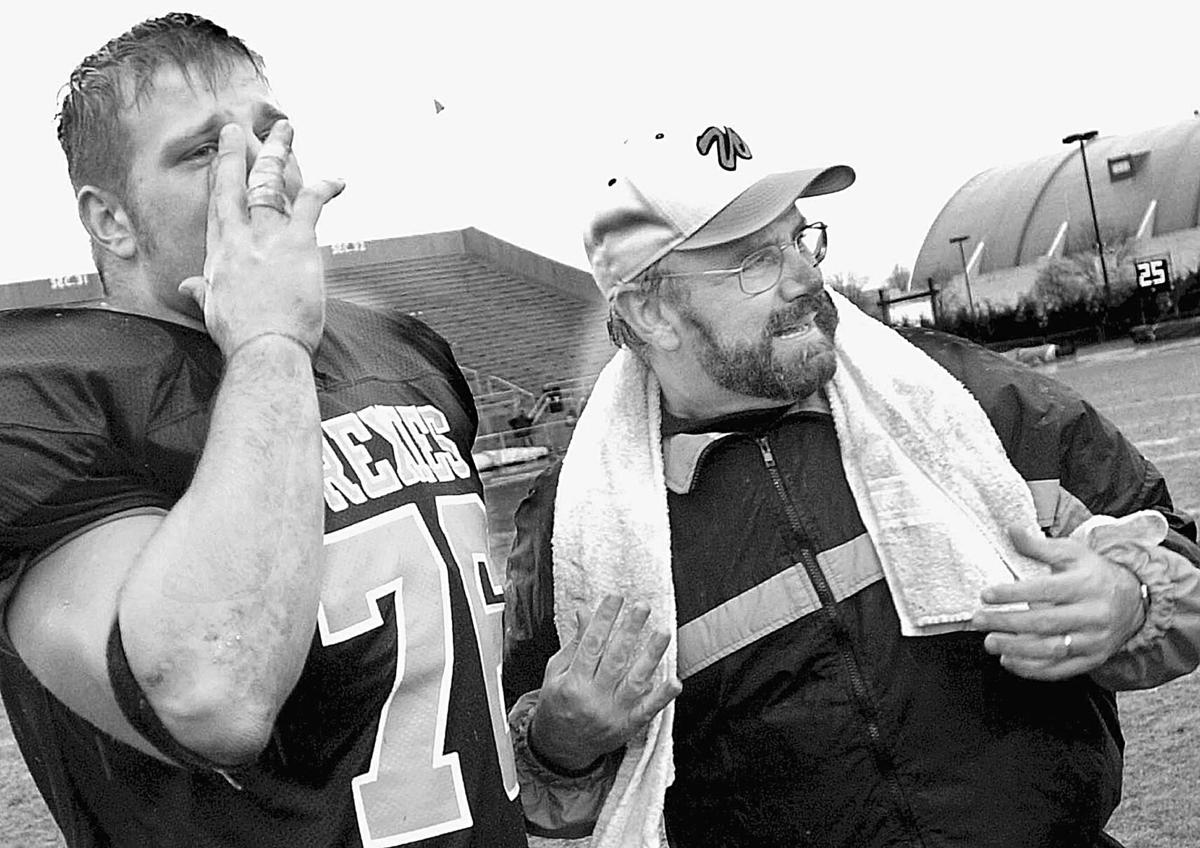 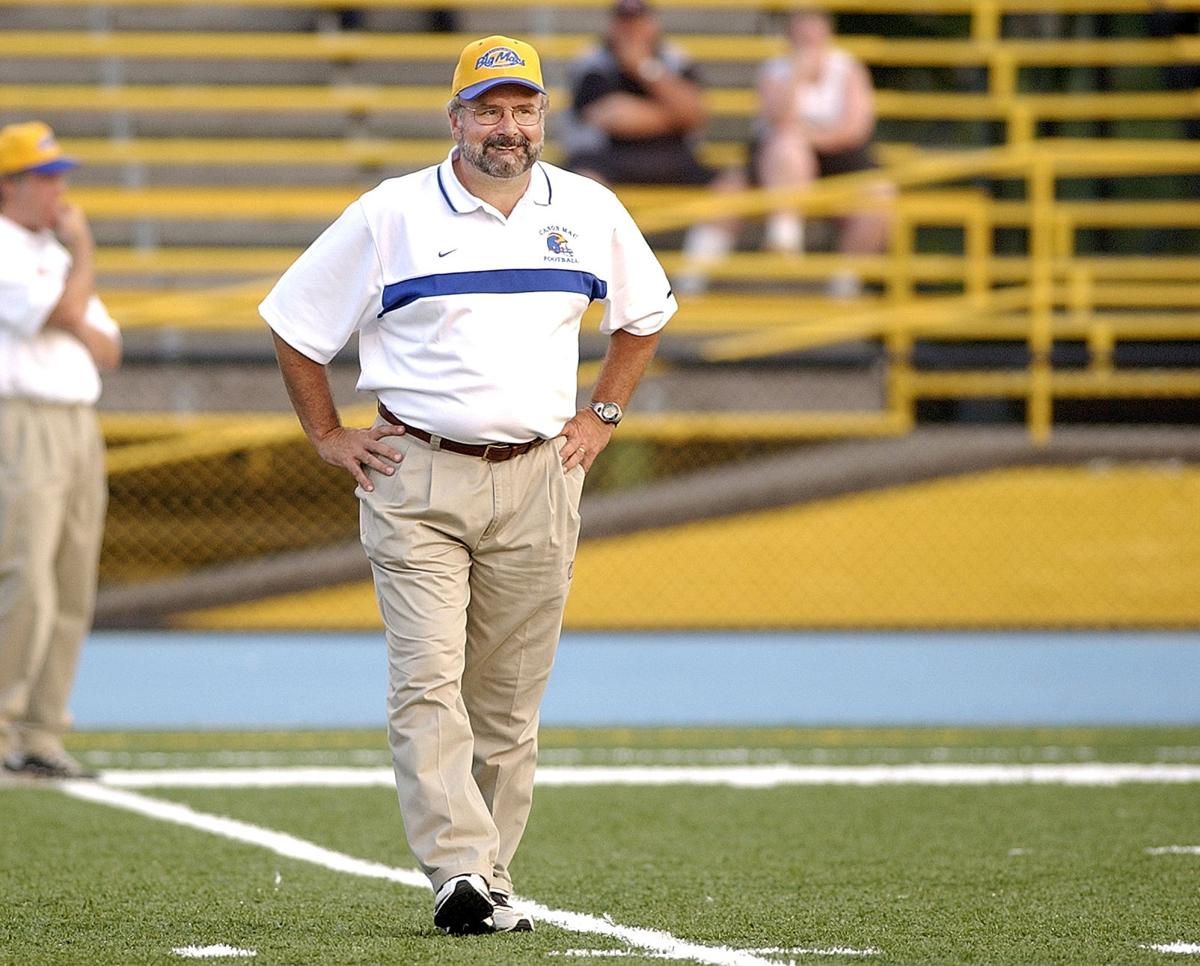 Guy Montecalvo spent 30 years as a high school football head coach, including 23 at Washington and the final seven at Canon-McMillan.

Guy Montecalvo spent 30 years as a high school football head coach, including 23 at Washington and the final seven at Canon-McMillan.

He’s enjoyed many accolades, honors and awards, and can add another.

Montecalvo will be inducted into Pennsylvania Scholastic Football Coaches Association Hall of Fame May 30 at the Central Hotel and Convention Center in Harrisburg.

“I think it’s a testament to the guys I coached with, the staff we had together for such a long time and some great athletes,” said Montecalvo, one of a few coaches to have led teams to state championships in two sports (girls track in 1996). “It’s also quite an honor to join Jim, Don, Frank and Gary, all guys we competed against but all men who I became friends with and held in high regard.’”

Montecalvo compiled a 225-107-2 record in 30 seasons at Washington (23 seasons) and Canon-McMillan (seven seasons). He is a member of the WPIAL Hall of Fame and Washington-Greene Co. Chapter of the Pennsylvania Hall of Fame, among others.

Montecalvo’s Little Prexies won WPIAL championships in 1993 and 2001 and played in six WPIAL titles games in a period of 12 seasons from 1990-2001 and two PIAA championship games. He led Wash High to 17 postseason berths, and nine conference titles and nine semifinal appearances. At Canon-McMillan, he led the Big Macs to four postseason berths and two eight-win seasons – a school single-season high in victories.

Montecalvo is the second-winningest coach in Washington County, behind Garry, who had 265 wins.

His original staff at Wash High included: Bob Mazzie and Moses Bailey, both deceased; Tom Belhy and George Robinson, who was with him all 30 seasons, Jim McDaniel, John “Bimbo” Chatman and Rich Caumo and ancillary staff members Mike Belhy, Chris Miles and Frank Zebrasky. In addition, he worked with the late Matt Midea, who was his top aide at Wash High from 1981 through 2001, and many others including highly regarded assistants Eric McWilliams at Wash High and Tom Olszewski at Canon-McMillan, each of whom had more than 30 years of coaching experience.

“The loyalty of all these men and everyone else I coached with was unbelievable. You don’t see that too often this day and age,” Montecalvo said.

“We were blessed to have had the hundreds of student-athletes we had and their willingness to pay the price during the season and the offseason. None of the success would have been possible without the steadfast devotion of my wife (Marie), who took on the task of taking care of our family to allow me to coach two sports.

“I’m am hopeful for others who have not yet been honored, such as Ed Dalton, Bill Connors, Bob Hodgson, Rege Onderick, Russ Moore and Jeff Metheny, to join us in this Hall of Fame. It really speaks to the level of competition we faced in going against one another for many years.”

Two of Montecalvo’s top players said the honor is something special for them and their former coach. “This totally elates me,” said Jamie LeMon, who was a cornerstone of Wash High’s 1983 and 1984 teams and a member of West Virginia’s 1988 team that played for a national championship. “It’s well deserved and well overdue. I could not think of a better coach or person.

“What made him special as a coach and makes him a special man is his integrity, passion and character. He raised the bar for me. He helped to make hundreds of student-athletes better students, athletes and people. He was clear on his expectations for each player, each student and each coach. His expectations for the team and each player were clear. There were no misunderstandings.”

Justin Gregula was the quarterback of the state championship team and played in two of the WPIAL championship games. He played baseball at Old Dominion University. He said Montecalvo made a lasting impact on him.

“I feel confident in saying for those of us who played for him that the effort and sincere interest and effort he put into us is a blessing and helped shape us as men,” Gregula said. “He taught us a lot more than just football.

“I’m so grateful to be led by such a great leader of men. He was always more than just a football coach. He was superior in preparation, game planning, game management, technique and psychology. We knew what we had in 2001. But it was the combination of talent and his coaching that allowed us to go 15-0 and do something historic. We needed every single person associated with our team to achieve what we did. It was very special and a reflection of Coach Montecalvo.”