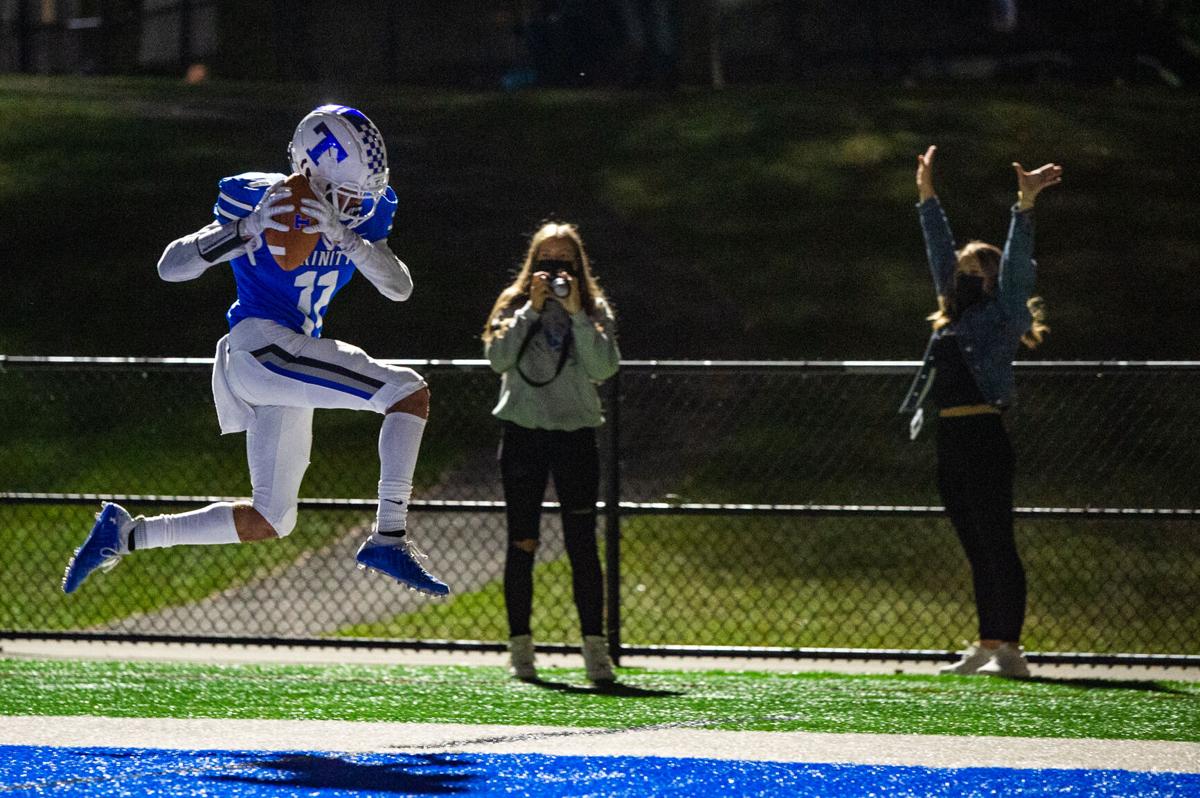 Trinity’s Tysean Lacks leaps after scoring a touchdown to make the score 13-0 against Washington at Hiller Field Friday night. 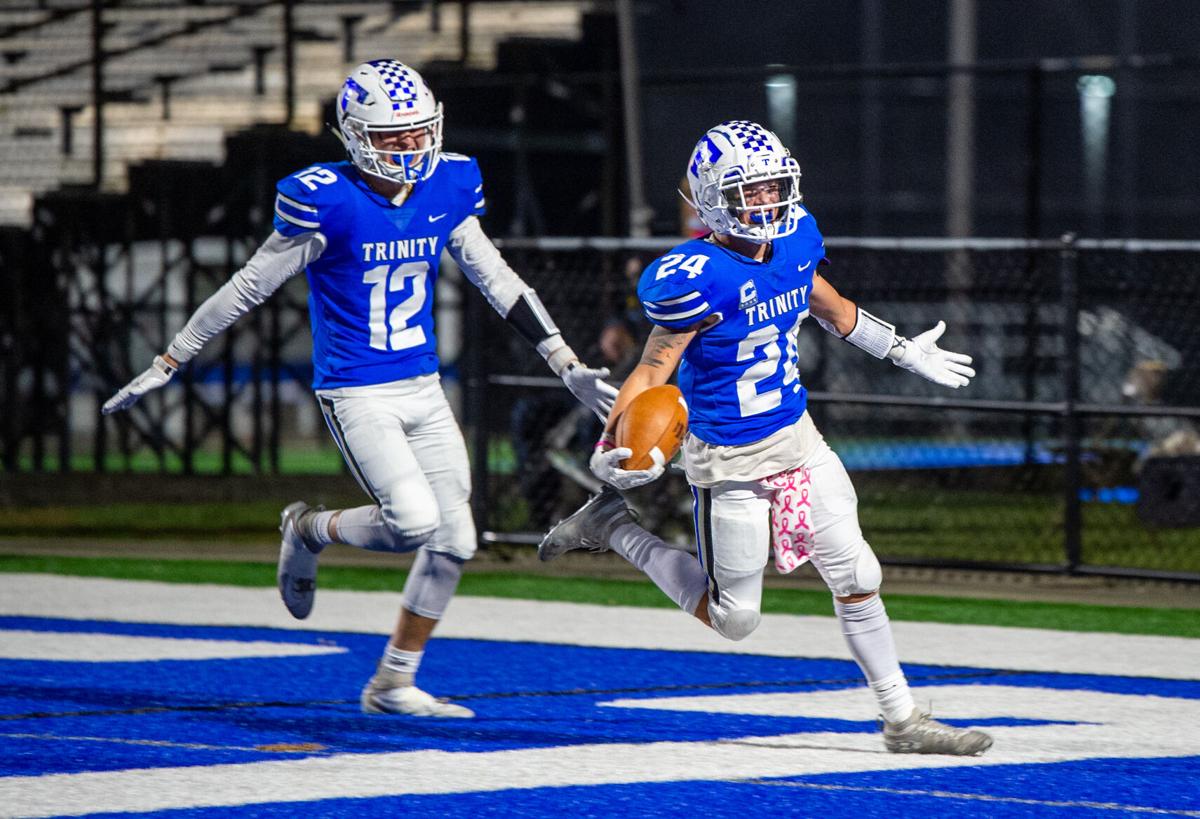 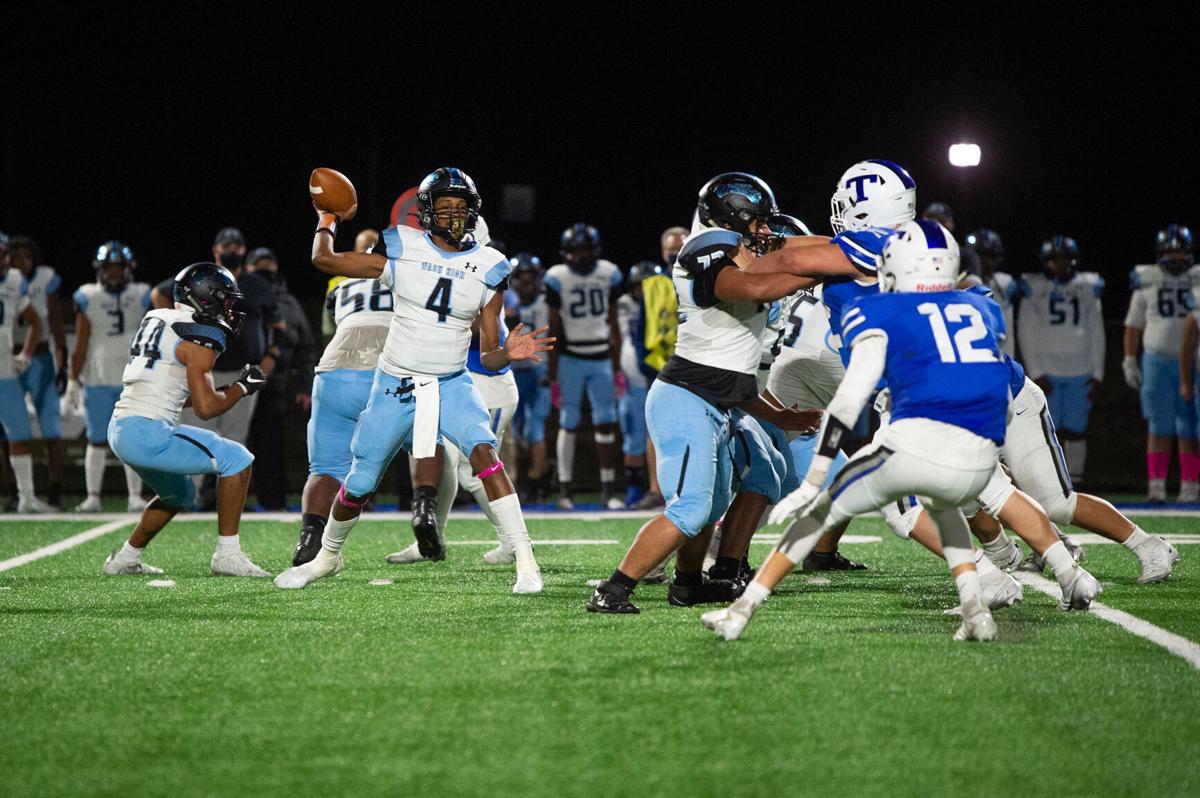 Washington’s Davoun Fuse (4) makes a pass in a game against Trinity Friday night at Hiller Field. 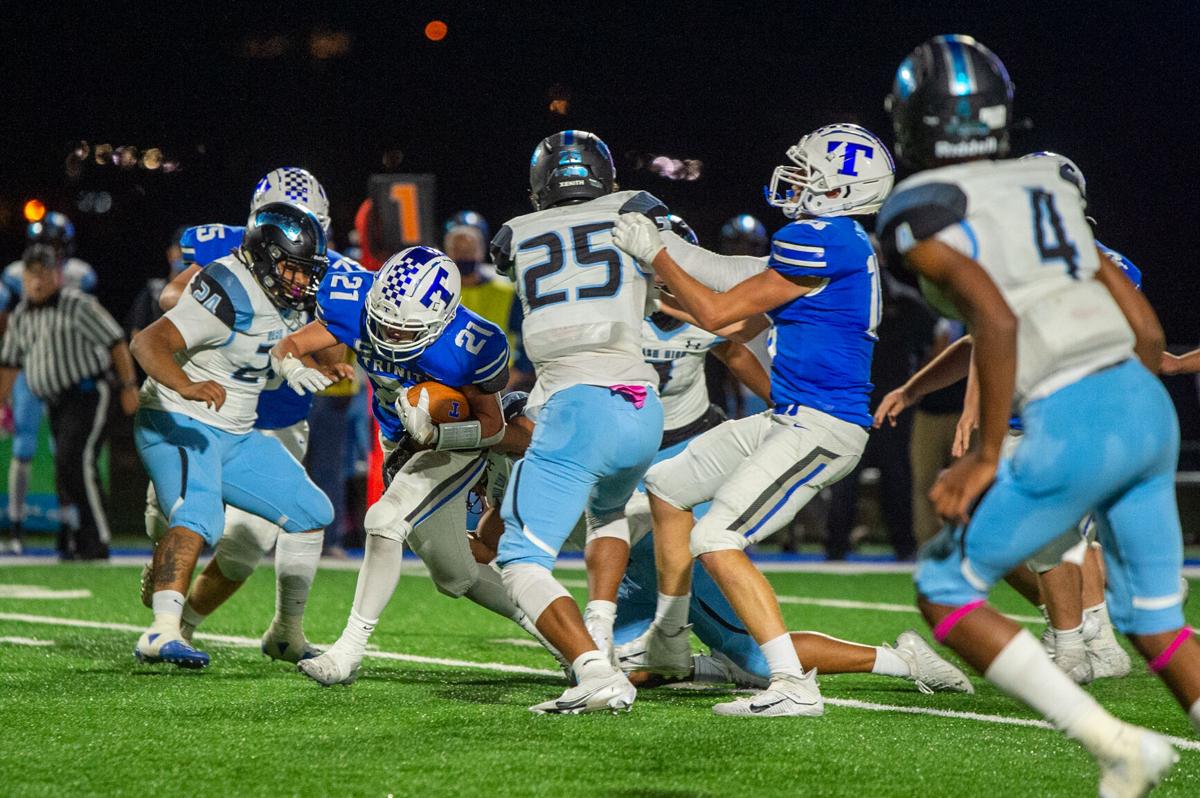 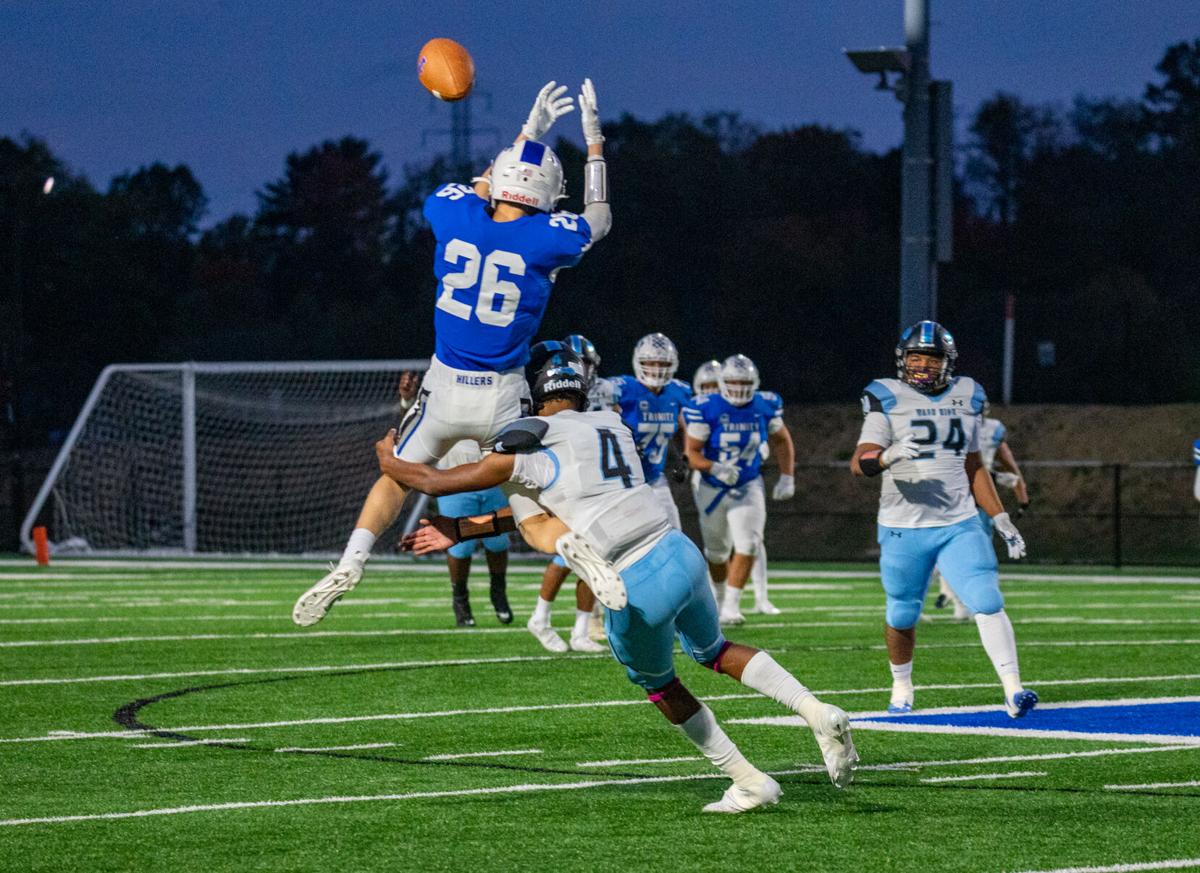 Washington's Davon Fuse (4) knocks Trinity's Braydon May away from a pass on one of the first plays of Friday night's game at Hiller Field.

Trinity’s Tysean Lacks leaps after scoring a touchdown to make the score 13-0 against Washington at Hiller Field Friday night.

Washington’s Davoun Fuse (4) makes a pass in a game against Trinity Friday night at Hiller Field.

Washington's Davon Fuse (4) knocks Trinity's Braydon May away from a pass on one of the first plays of Friday night's game at Hiller Field.

It was a historic night at Hiller Field in more ways than one.

The Trinity Hillers met the Washington Prexies on a football field for the first time since 1999. The Prexies, long a Class 2A power, won the previous five matchups and 11 of the last 12 over their Class 4A rival.

All of that went out the window Friday evening as Trinity dominated Washington 41-0. A result that if you were in attendance should not have been that surprising.

“I think your paper called us the Washington Generals,” Trinity coach Jon Miller noted. “This is good to rectify the disrespect our program has right now.”

How much did it mean to the Hillers? The video scoreboard opposite the press box still had the score displayed long after the game was completed.

If anything, the Prexies looked to be the Generals to the Hillers’ Harlem Globetrotters as Trinity (3-2) showcased their superiority along the line of scrimmage all evening long.

Finley, along with quarterback Connor Roberts and wide out Tysean Lacks were the catalysts on offense all night. Finley finished with 126 yards on 24 carries and three rushing touchdowns while Roberts completed eight of 12 passes for 126 yards with two touchdowns and no interceptions. Lacks caught three passes for 58 yards and two scores.

The first half was an unmitigated disaster for the Prexies as the visitors coughed up the ball three times. All of which led to Trinity touchdowns.

Finley cashed in on the first Washington miscue when he scooped up the ball and raced 50 yards untouched into the end zone to put Trinity on the board midway through the first quarter. Dante DeRubbo’s kick was true, giving the Hillers a 7-0 lead.

“We said all week that we wouldn’t stand a chance against Trinity if we kept making the mistakes we’ve been making,” Washington coach Mike Bosnic said. “The good thing is that we have a chance to keep working and keep getting better and we will.”

Peyton Thompson recovered a Michael Allen fumble on the Prexies next possession on the Washington 40. Three plays later, Roberts dropped a 24-yard rainbow of a throw into the arms of Lacks, pushing the Hillers advantage to 13-0 due to a missed extra-point kick.

Washington’s hole grew deeper on their next possession when Evan Bell recovered a Davoun Fuse fumble on the Prexies 45. Trinity then showed some razzle-dazzle on the next play when Roberts hit Lacks for a 17-yard completion. Lacks then lateralled the ball to Finley who carried the ball in to the end zone from the 28 completing the hook-and-ladder play. Finley capped the scoring in the half when he found Gio Cipoletti in the corner of the end zone for the two-point conversion, giving the Hillers a stunning 21-0 lead at the half.

Trinity piled on in the second half behind the strength of both offensive and defensive lines along with the play of Finley, Lacks and Roberts on offense.

Finley capped a long Hiller drive late in the third when he plowed in from the one and pushed Trinity’s advantage to 28-0.

A fourth Washington fumble, this one recovered by Braydon May at the Prexies 45 set up Trinity’s fifth touchdown, which was a 10-yard Roberts to Lacks connection in the corner of the end zone.

Finley made his most spectacular play midway through the fourth when he ran down a Roberts pass like a center fielder running down a fly ball and snagged it while falling down on the Washington 2. He scored his fourth touchdown of the evening when he plowed in on the next play.

The Prexies looked to avert their first shut out loss since 2010 when they moved to the Trinity 2 late in the ballgame. However; the Hillers held on the last play when Vandell Page was stopped short as time expired, causing the Hillers sideline to erupt in joy.

“That was something I was most proud of right there,” Miller said. “They called time out there with five seconds left to try and punch it in and we stopped them.”