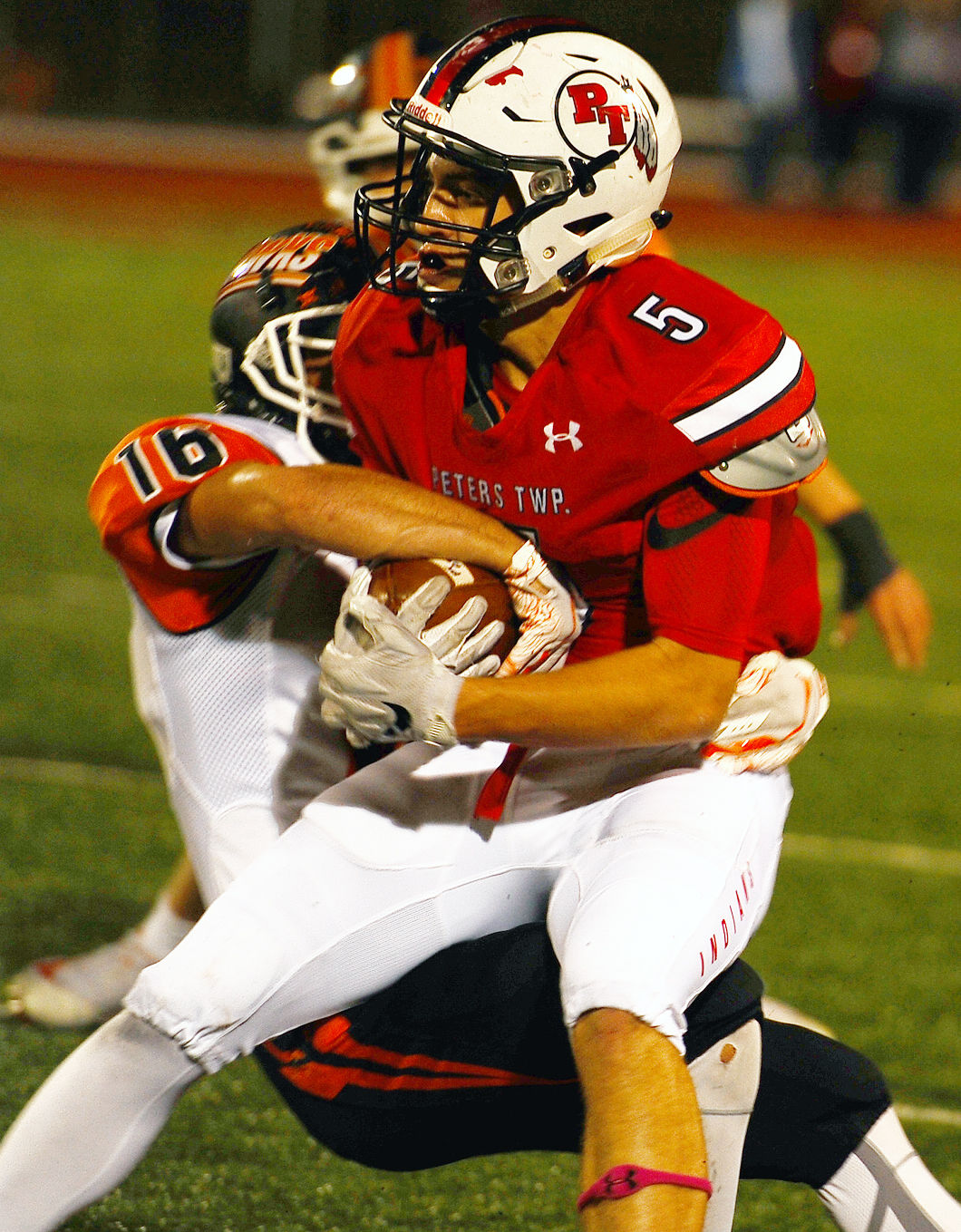 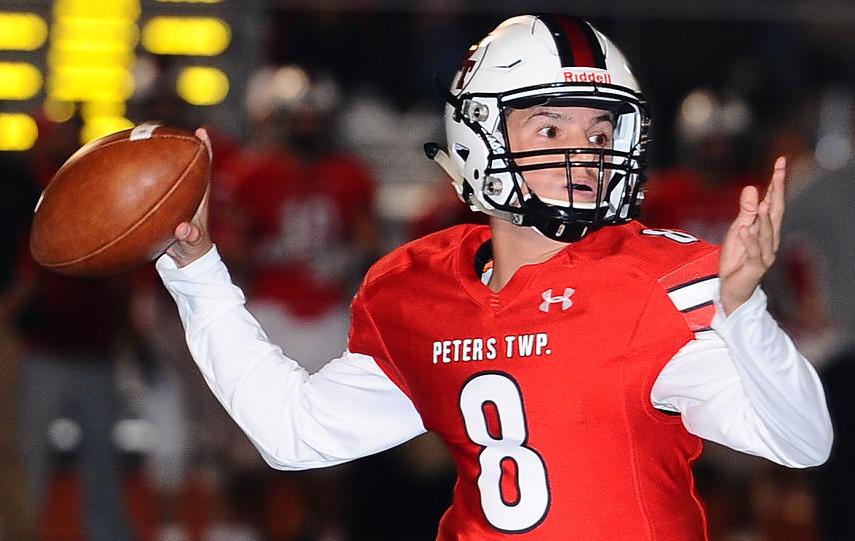 Peters Township quarterback Logan Pfeuffer completed 143 of 233 passes for 2,368 yards and 24 TDs last season. He will be a three-year starter.

Peters Township quarterback Logan Pfeuffer completed 143 of 233 passes for 2,368 yards and 24 TDs last season. He will be a three-year starter.

It had been seven years since Peters Township got the better of Bethel Park in a high school football game.

The Indians finally broke that streak in emphatic fashion Friday night, sending a message to the rest of a deep Class 5A field that they aren’t some mirage. Peters Township is for real. Just ask Bethel Park’s Jeff Metheny and West Allegheny’s Bob Palko, two of the most-respected coaches in the WPIAL who saw their respective teams lose handily to the Indians.

There isn’t enough that can be said of the job done by Peters Township coach T.J. Plack, who always has the Indians prepared for big games. It has put the Indians in position, if they defeat Baldwin Friday night, to win their first conference championship since 1975.

Here is what else we learned in Week 8 of the high school football season:

1. Heads or tails – Wonder if they’re will be a scene next week in the WPIAL offices when Rodney Huffman, Darrin Dillow or Mikey Blainefield will turn to a player and say, “Ain’t no curses,” similar to the “Friday Night Lights” movie.

But it’s very likely that a coin flip will break a three-way tie between West Greene, California and Monessen for first place in the Tri-County South Conference.

West Greene has finished its conference schedule, clinching at least a share of the title. California plays Mapletown in its regular-season finale Friday. Monessen wraps up the TCS in a game that same night against Avella. If both the Trojans and Greyhounds win by 10 points or more, they, along with West Greene, will be in a three-way tie for first place.

The head-to-head tiebreaker won’t solve anything because the three each went 1-1 against each other. They’re also tied in Gardner Points and WPIAL tiebreaker points.

A coin toss Oct. 29 will determine the third-place finisher and a wild-card team in Class A. For the two survivors of the coin toss, the head-to-head result from the regular-season game will determine the conference champion and runner-up. The top two finishers will have a home playoff game.

2. Win and in – A potential coin flip isn’t the only drama that was pushed to the final week of the season.

Canon-McMillan makes a long trip to play winless Butler in the Class 6A Quad County Conference. Beth-Center hosts Frazier, the team it is directly competing with for the final playoff spot in the Class 2A Interstate Conference.

The Big Macs could lose to Butler and still qualify for the playoffs. That would happen if Seneca Valley defeats Norwin. The winner of the Beth-Center-Frazier game will advance to the playoffs and the loser will be out.

3. In and out – With only one week remaining, many area teams already know if they will be playing on the postseason or not.

This is the list of teams that have been eliminated from playoff contention: Trinity, Ringgold, Waynesburg, Carmichaels, Fort Cherry, Bentworth, Chartiers-Houston, Jefferson-Morgan, Mapletown and Avella.

4. Toe of Coe – South Fayette senior kicker Ryan Coe proved why he might be the best kicker in the WPIAL.

In the Lions’ easy 55-0 victory over Ambridge, Coe made a 51-yard field goal in the fourth quarter. That is four yards shy of tying the WPIAL record of 55 yards that is held by East Allegheny’s Josh Miller.

Coe’s kick had enough distance to be good from 60 yards. He also made a 30-yard field goal earlier in the game.

Coe committed to Temple in September.

5. Players of the Week – Nate Stephenson, Waynesburg – The sophomore running back helped end a seven-game losing streak as Waynesburg defeated Burrell, 21-20, in a non-conference game. Stephenson had 40 carries for 250 yards and scored all three of the Raiders’ touchdowns.

Christian Clutter – In a wild shootout, the running back helped McGuffey recover from an 11-point deficit and defeat Avonworth, 57-42, in a non-conference game. Clutter had 194 yards and six touchdowns on 16 carries for the Highlanders.

Owen English – Both on offense and special teams, the senior running back made his presence felt in a 47-14 win over Tri-County South Conference foe Mapletown. English had three rushing touchdowns and a 65-yard punt return for a score. He finished with 190 yards on the ground.

Staff writer Luke Campbell can be reached at lcampbell@observer-reporter.com.