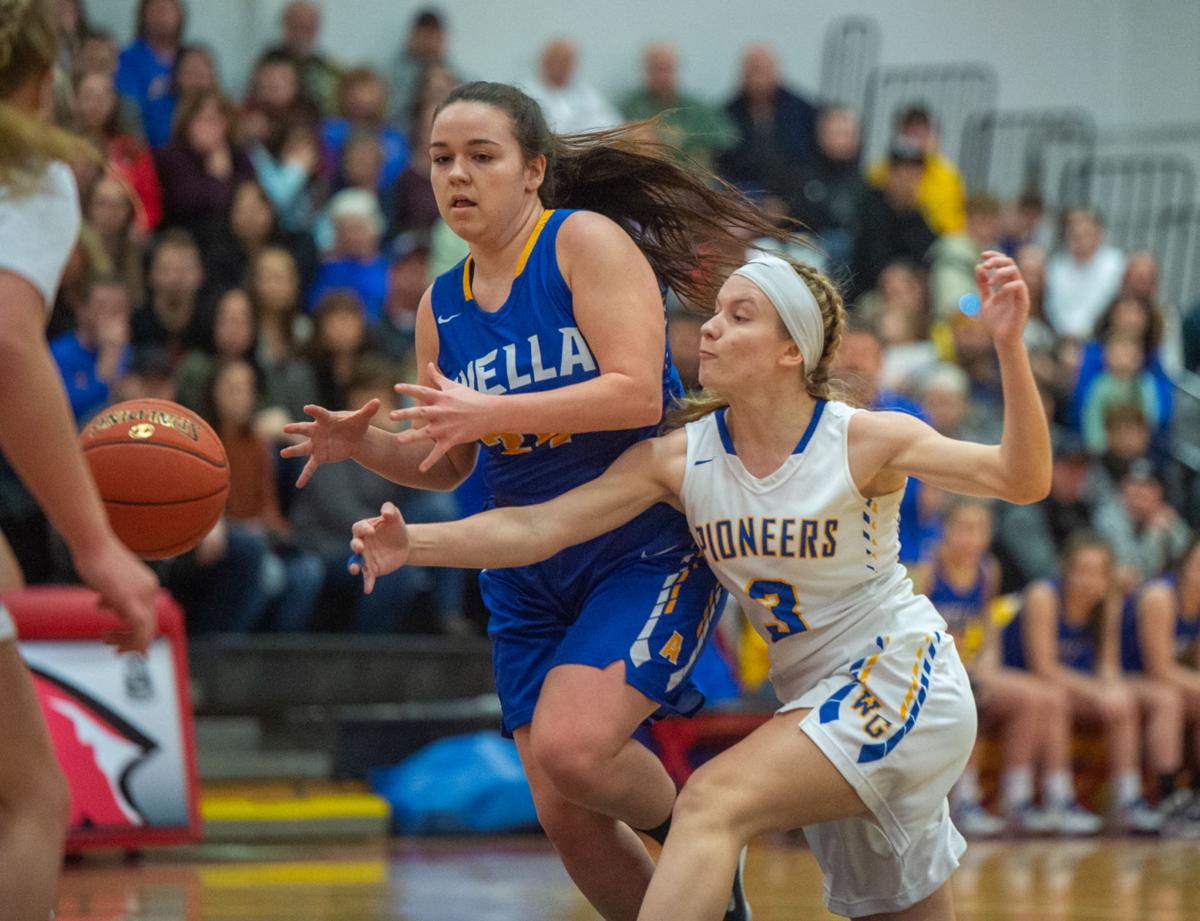 West Greene’s Jersey Wise (3) knocks the ball away from Avella’s Brianna Jenkins in the first quarter. 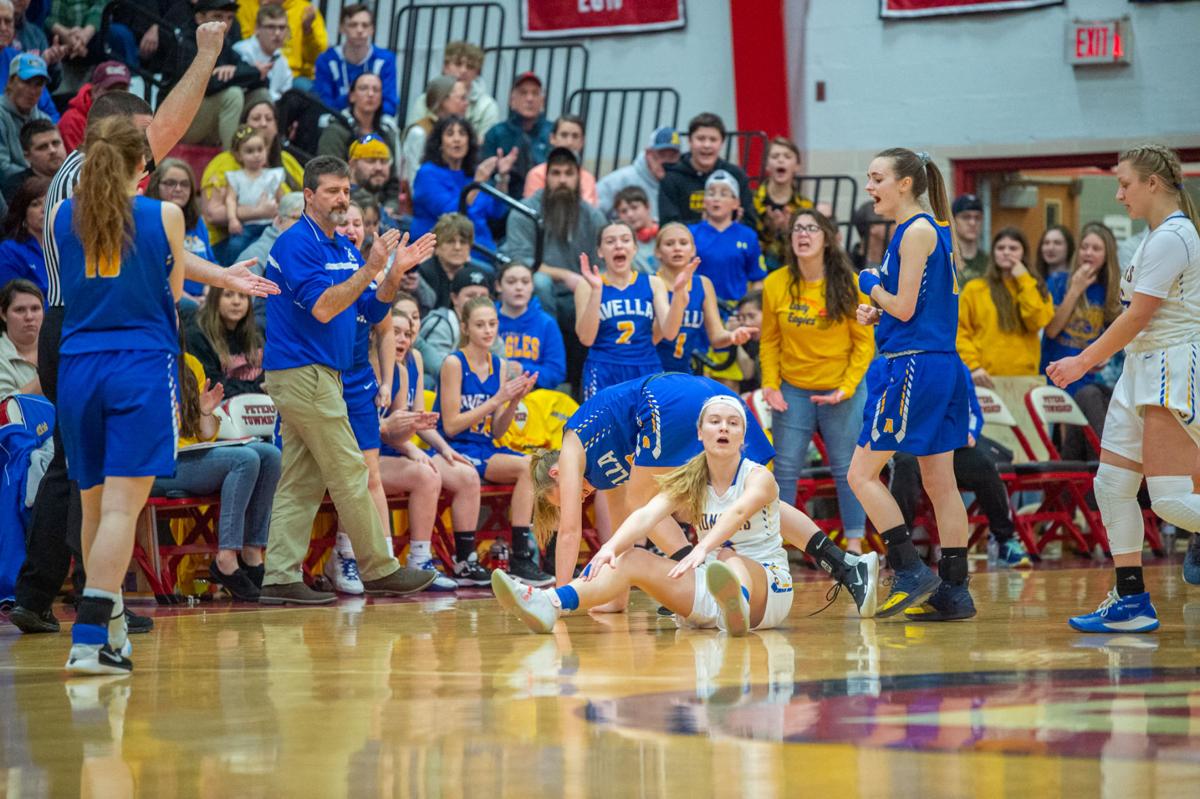 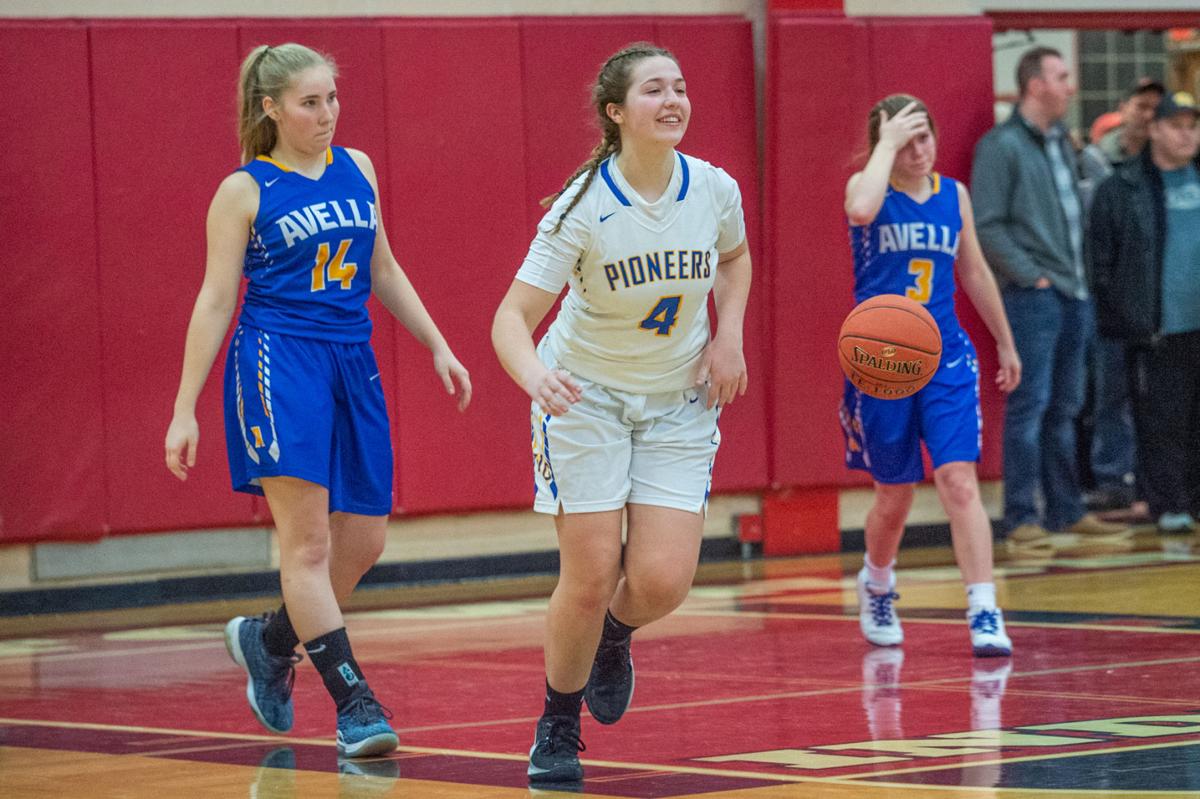 West Greene’s Elizabeth Brudnock reacts to the Pioneers’ win as Avella’s Colleen Kinney (14) and Katie Dryer (3) walk up the court. 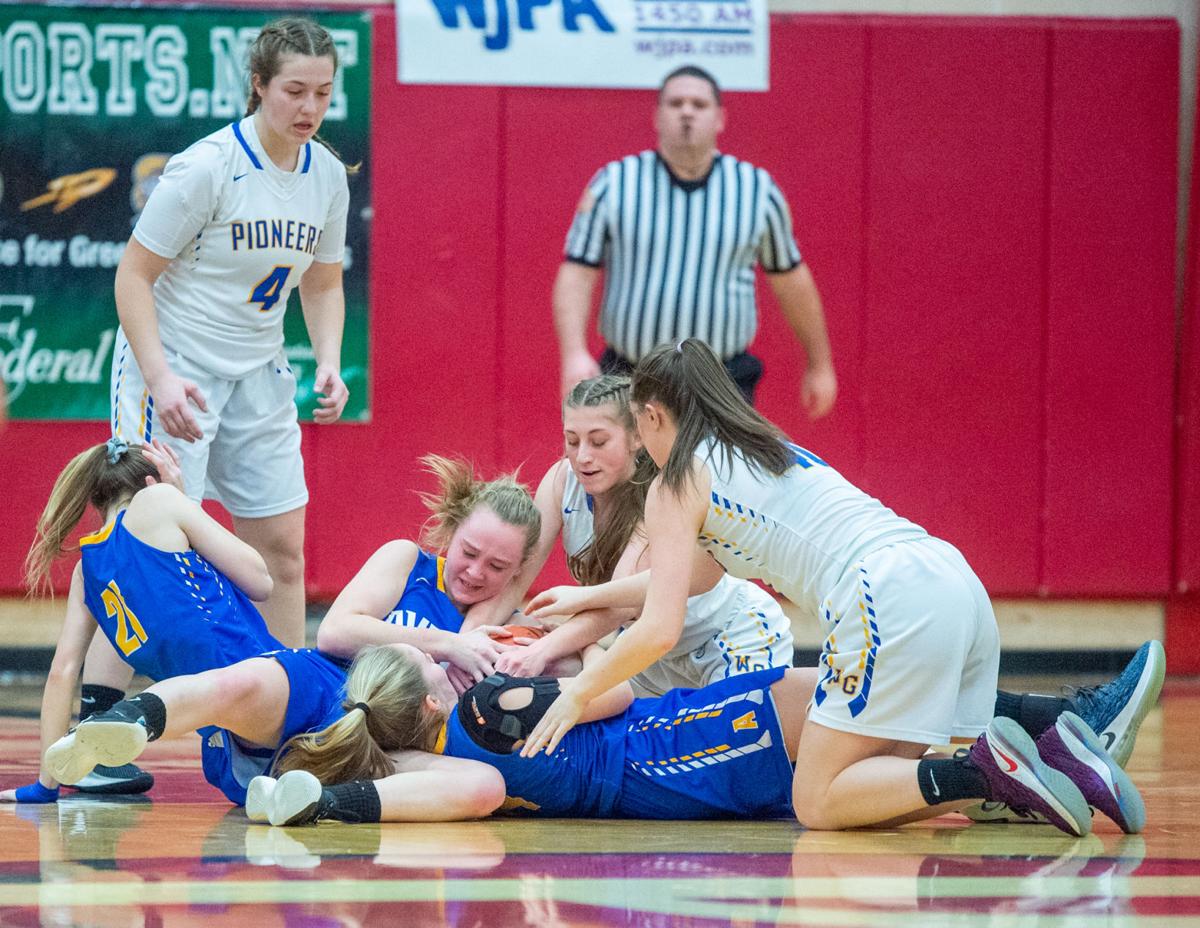 Players from West Greene and Avella scramble for control of the basketball during a WPIAL Class A quarterfinal game Friday night at Peters Township High School.

West Greene’s Jersey Wise (3) knocks the ball away from Avella’s Brianna Jenkins in the first quarter.

West Greene’s Elizabeth Brudnock reacts to the Pioneers’ win as Avella’s Colleen Kinney (14) and Katie Dryer (3) walk up the court.

Players from West Greene and Avella scramble for control of the basketball during a WPIAL Class A quarterfinal game Friday night at Peters Township High School.

McMURRAY – Playing against the West Greene High School girls basketball team is like handling a lit firecracker – you know that at any second the Pioneers can explode on offense and the result will be devastating.

Undefeated West Greene used two offensive eruptions – at the start of the first quarter and during the opening four minutes of the fourth quarter – to fend off Section 2 rival Avella, 55-45, in the WPIAL Class A quarterfinals at Peters Township High School.

The Pioneers (23-0) squandered a 19-point lead in the second quarter and fell behind briefly in the third quarter before outscoring Avella 16-7 in the pivotal fourth quarter. The 23 wins are a school record and believed to be the most by a Greene County girls basketball team.

West Greene defeated Avella (17-7) for the third time. The Pioneers had a 17-point win at Avella in January and a 38-point victory in the regular-season finale, 15 days earlier, which was the last time West Greene played a game.

The Pioneers didn’t show any signs of rust as they made their first five shots and jumped out to a 13-0 lead less than two minutes into the game. Anna Durbin, Elizabeth Brudnock and Jersey Wise made consecutive three-pointers to make it 9-0 before Durbin drove the length of the court for a basket and added another layup.

“We’re capable of going on big spurts,” West Greene coach Jordan Watson said. “We can score quickly. When we played Avella the last time, we scored 30 points in the third quarter.”

But this game wasn’t like the last one. Though West Greene led 18-5 after one quarter and 28-9 midway through the second quarter, Avella refused to fold. The Eagles chipped away at the deficit, scoring six of the final eight points of the quarter and closed to within 32-20 at halftime.

“At halftime, I told the girls we won the first minute and 20 seconds,” Watson said. “After that, it was a tie because (Avella) played harder than we did. They got to every 50-50 ball.”

Avella coach Mike Drazich said his team, though trailing by a dozen points, felt it had momentum.

“The girls really believed they could win and it showed in their play,” said Drazich, whose team needs a West Greene victory in the semifinals to gain a spot in the state tournament. “They practiced hard, we devised a good game plan and they executed it nearly to perfection. At halftime, they said it’s only 12 points, let’s do this.”

Avella opened the second half by scoring the first seven points, including a driving three-point play by Bess Lengauer, to close to within 32-27. After a basket by West Greene’s Brooke Barner, who had a game-high 12 rebounds, Avella scored six more points, including a three by Allie Brownlee, to pull to within 34-33 as the Pioneers called a timeout.

Brudnock, who made four three-pointers and scored a game-high 19 points, made one from behind the arc, but a basket by Katie Dryer, free throw by Brianna Lloyd and layup by Jordan Rush gave the Eagles the lead at 38-37.

West Greene regained the lead with seven seconds left in the quarter as Kaytlynn Walls put in an offensive rebound.

Then, the Pioneers took control with a defensive change to start the fourth quarter.

“We switched presses to give them a different look,” Watson explained.

The change gave Avella fits. Four turnnovers against the press early in the quarter led to an 11-0 West Greene run and a 50-38 lead. Brudnock started the run with a corner three-pointer and ended it with a pair of free throws.

“We didn’t shoot well,” Watson said. “You have to think that we can’t shoot worse than we did, both from the field and at the free-throw line. But it’s hard to beat a good team three times. Avella has 17 wins for a reason. It’s a possession-type game in the playoffs and we have to play harder Tuesday.”

Avella, which played a tricky triangle-and-two on defense, beat West Greene handily on the boards but couldn’t convert enough of their offensive rebounds into points. Lloyd led a balanced Avella attack with nine points. Brianna Jenkins had eight.

Durbin scored 14 points for West Greene, including nine during the two key stretches.