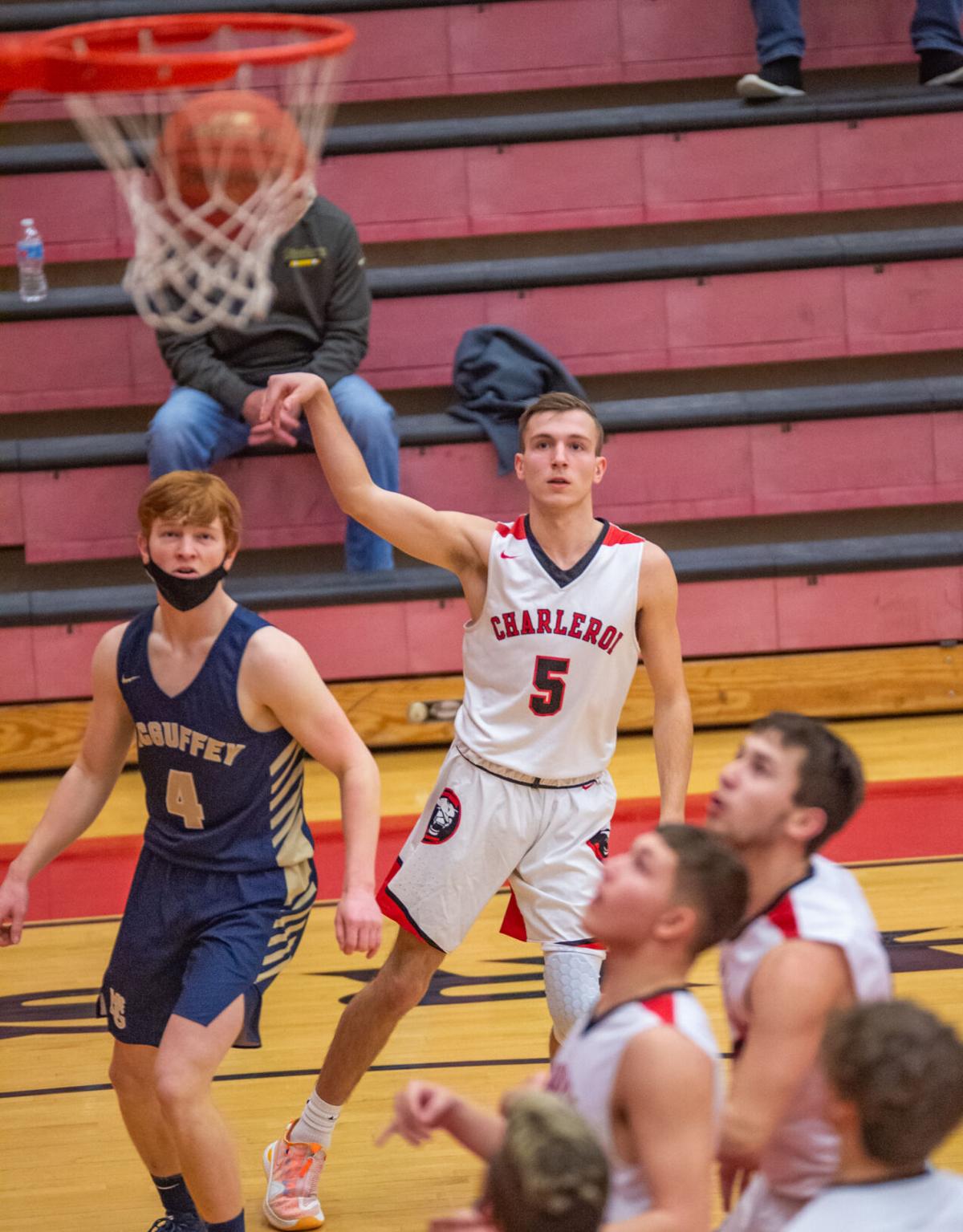 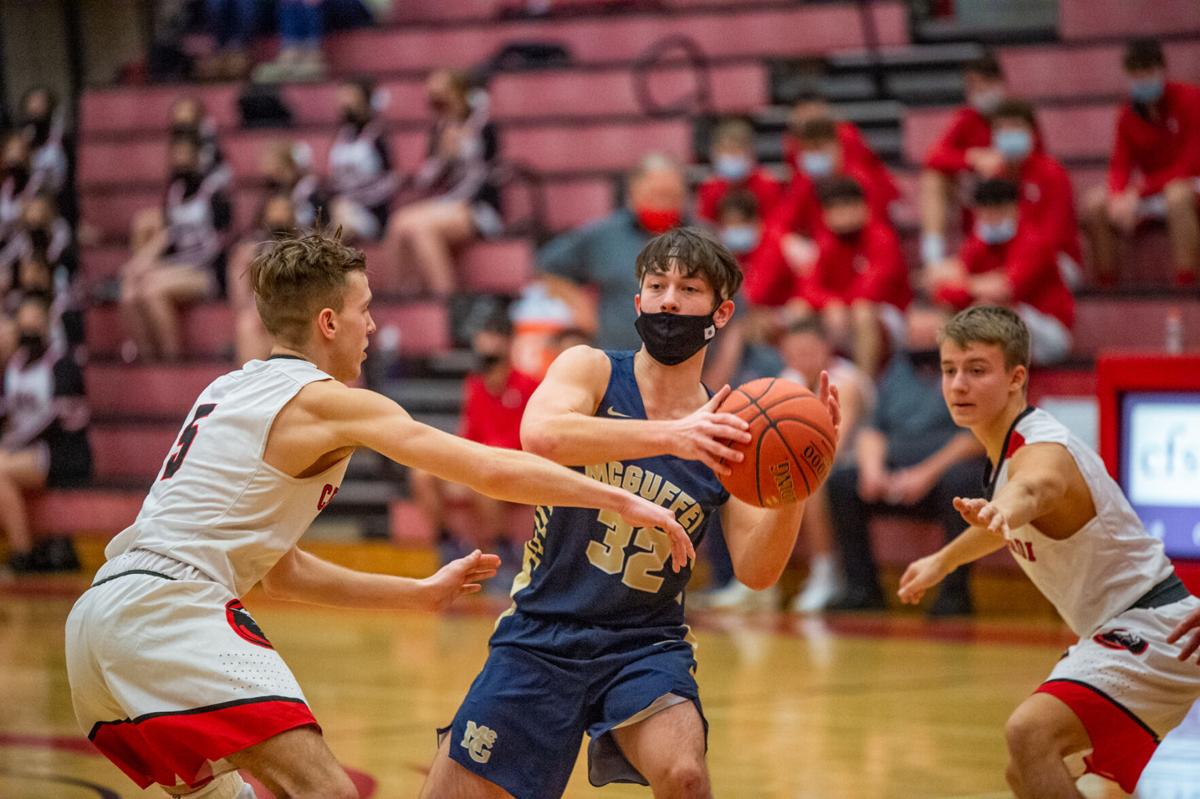 McGuffey’s Ethan Janovich looks to pass as he splits the defense of two Charleroi players including Zach Usher (5). 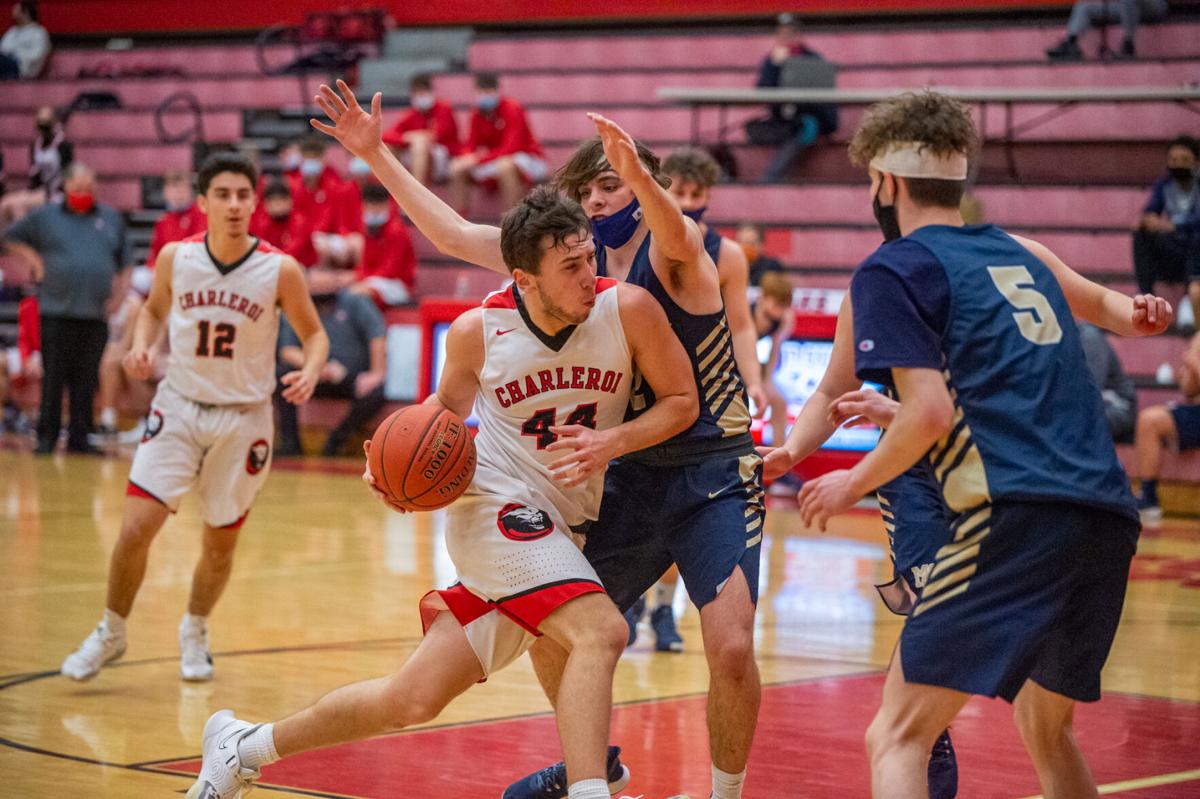 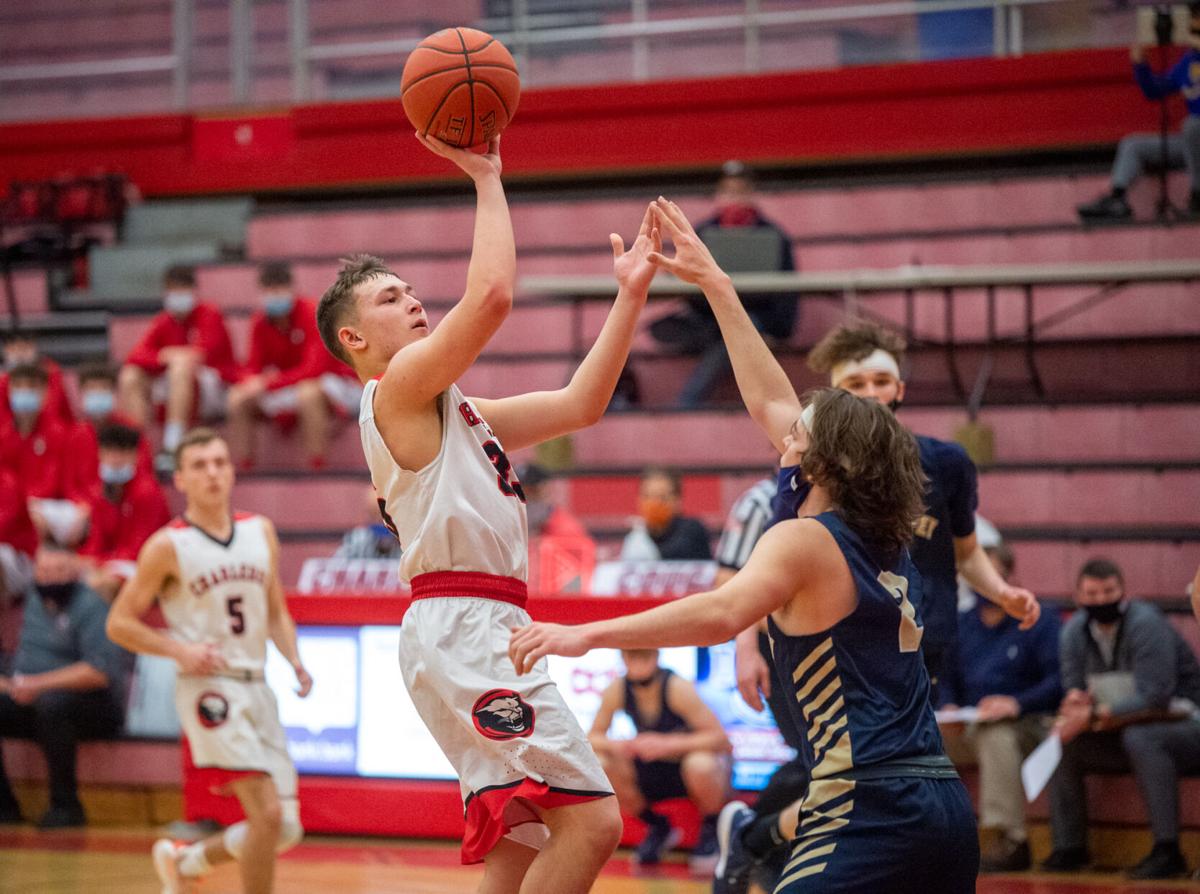 McGuffey’s Ethan Janovich looks to pass as he splits the defense of two Charleroi players including Zach Usher (5).

CHARLEROI – During warmups Friday night before the Class 3A Section 4 contest between Charleroi and visiting McGuffey, the Cougars’ Zach Usher tweaked his knee and had to go to the trainer’s room.

Fortunately for Charleroi, the senior point guard was checked out by athletic trainer Bill McGrew and returned to the court before tipoff.

Usher finished with 27 points and controlled the floor all game long as he led Charleroi to a 52-39 win.

“Zach came up big,” said Charleroi coach Bill Wiltz, with a smile under his mask. “We had to get him fitted for a sleeve and had to put some compression on it, but he really did respond.

“They outplayed us in every way,” he said. “We couldn’t shoot the ball, couldn’t get rebounds and couldn’t get stops. It is really difficult to win basketball games when you can’t do those things, but we have to tip our cap sometimes.”

Wiltz also pointed out the pivotal play of Will Wagner.

The junior forward has played well against McGuffey (3-3, 5-4), and while he was limited to nine points this time he played a prominent role in Charleroi’s defense, which limited McGuffey to 13 field goals, including only four in the second half.

“I think they had a game plan to take Will away and they did a decent job,” Wiltz said. “But he still played well in other aspects of the game and that was important for us.”

Other than that specific run, the first half was played even between the teams as McGuffey’s largest run before halftime was three points, and other than the run that gave Charleroi the lead for good, its longest of the half was a five-point spurt.

The Cougars led 33-22 at the half, and after McGuffey’s Nate Witkowsky hit a three-pointer to start the second half the Highlanders didn’t score again in the quarter. The Cougars played solid defense to take a commanding 43-25 lead into the fourth.

Witkowsky finished with 13 points to pace McGuffey and was the only player other than Usher to score in double digits.

Charleroi, whose biggest lead was 20 points, turned the ball over 16 times and McGuffey gave it away 14 times.

Despite the loss, Fatingante said his young team will look to move forward from this loss. The Highlanders picked up two key one-possession section wins earlier in the week.

“This year we are playing a lot of inexperienced guys so we knew it would be kind of up and down,” he said. “We will get back to it tomorrow morning and get ready for Tuesday.”

Both teams return to play with section games Tuesday as McGuffey hosts Waynesburg and Charleroi heads to Brownsville. After Tuesday, each of the Cougars’ five remaining games will be played at home.