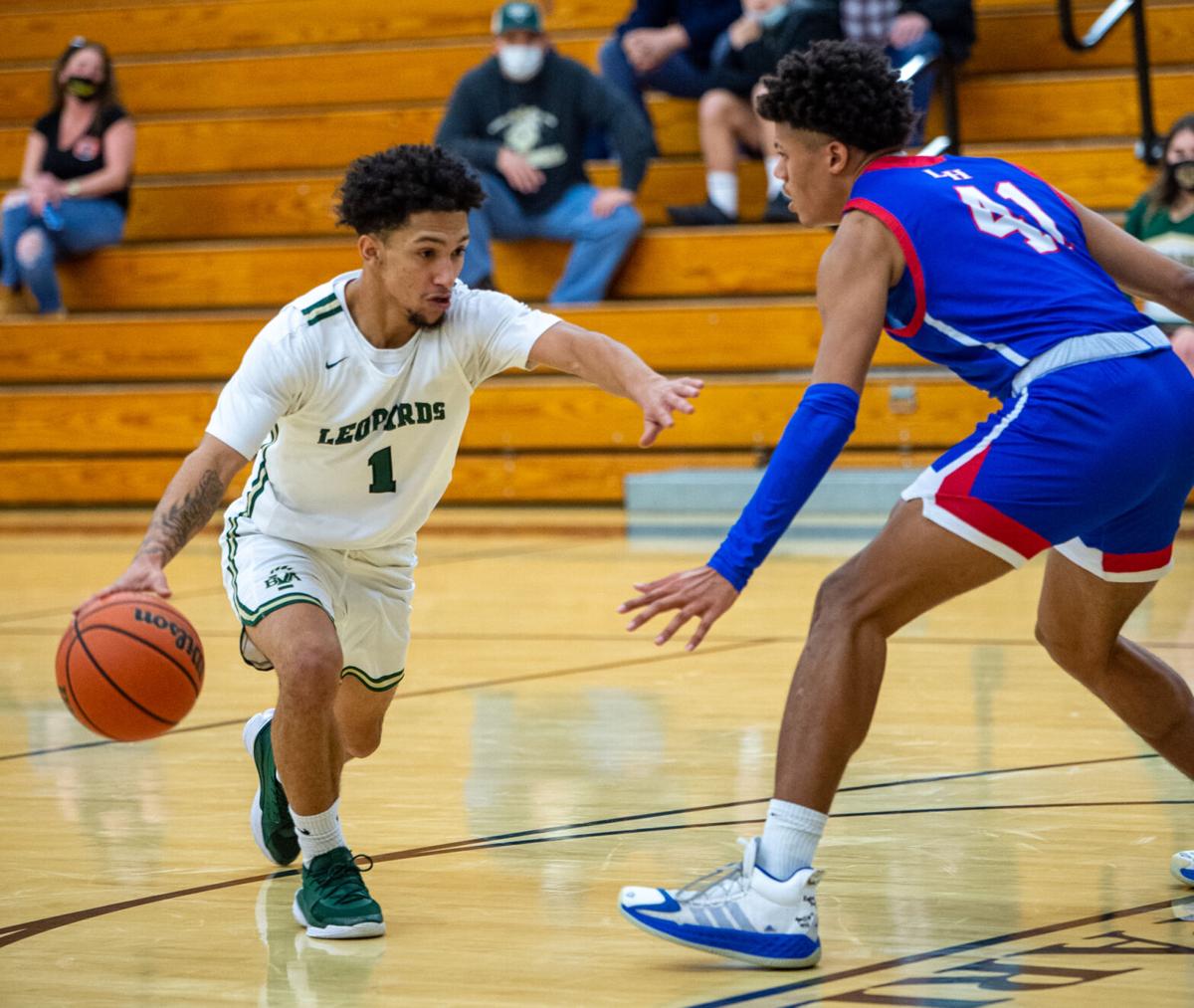 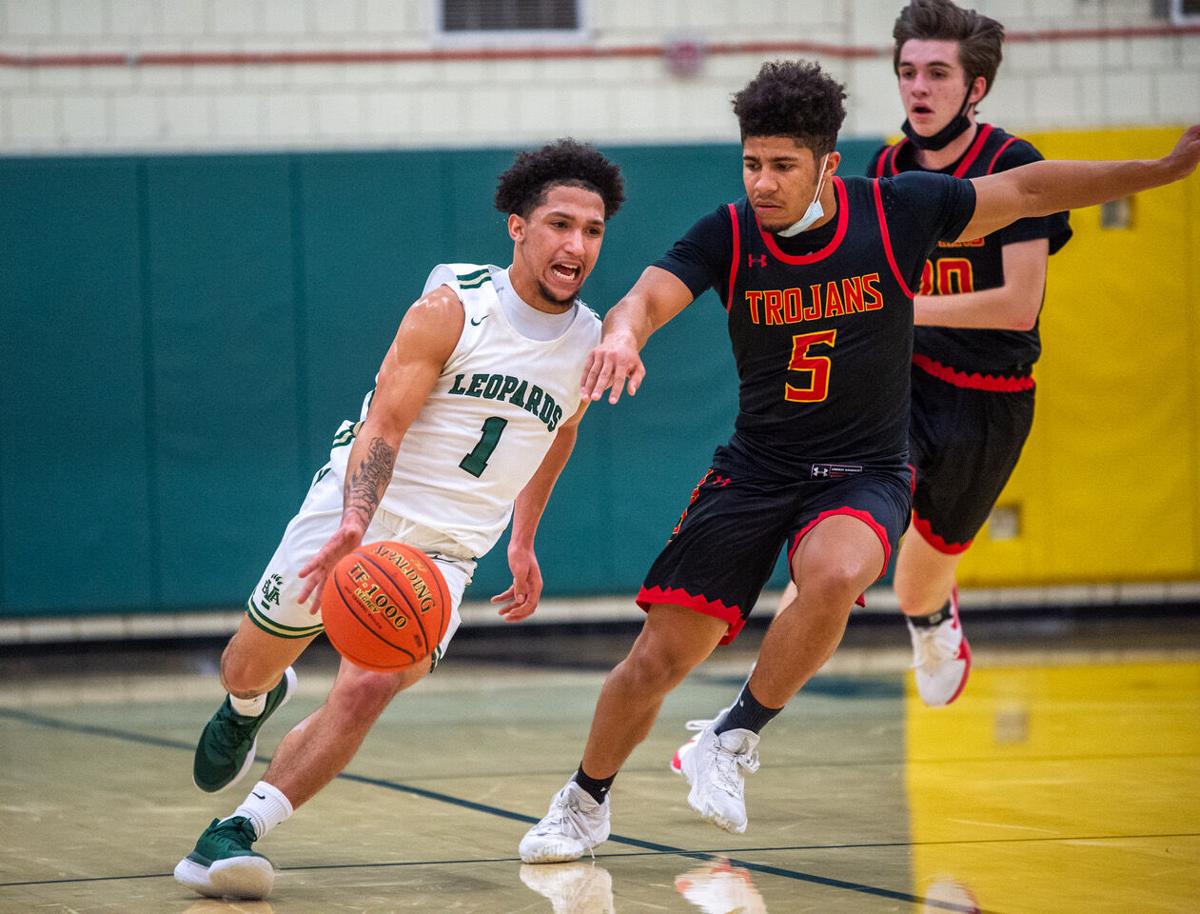 Those adjectives are normally used to describe successful leaders, and that is exactly what Devin Whitlock is for the Belle Vernon boys basketball team.

The junior point guard’s leadership skills began to take shape as a youngster playing against men at 9th Street Park in Monessen, and thanks to his efforts this season in leading Belle Vernon to the top seed in the WPIAL Class 4A playoffs and into the semifinals, Whitlock has been named the Observer-Reporter Boys Basketball Player of the Year for the second consecutive season.

Whitlock is only the second player to be named the Observer-Reporter Boys Basketball Player of the Year twice, joining Washington’s Matt Popeck (2016 and 2017).

“It means the world to me, to be recognized for the work I am putting in,” Whitlock said. “Everyone around me, my coaches and teammates, they are willing to put the time in. It means a lot and this award is for everyone involved and not just me.”

“He does things that when you look at them, you wonder how did he even do that or how did he do those things. He has an ability that coaches don’t coach, and other players can’t do. It comes from his competitiveness and he is a student of the game.”

The 5-9 dynamo could average 30 points a game if he wanted, but his desire to get everyone involved further shows his leadership skills.

“I can’t forget about my teammates because they push me to go harder and to keep improving,” he said. “They work hard as well, and I love seeing them get theirs.”

Whitlock has a habit of getting his teammates going early and then he buries opponents by taking over games in crunch time. His high-arching jump shots have left countless opponents showing deflated body language time and time again.

“A big factor was always playing with people older than me when I was younger,” he said. “I started playing at 9th Street when I was nine and I began going to team night at the Mon Valley YMCA when I was 10.”

Whitlock showed his leadership skills at Monessen as a freshman when he scored 487 points and led the Greyhounds to both the WPIAL and PIAA semifinals.

When Whitlock was named the O-R Player of the Year last season, he led Belle Vernon to the WPIAL finals and the PIAA quarterfinals.

“This award motivates me to do even better,” he said. “I want us to go all the way (next year).”

Belle Vernon will be one of the favorites next year as Whitlock, Gordon, Martin and two other starters, Tyler Kovath and Joe Klanchar, all return.

In his two seasons at Belle Vernon, Whitlock has scored 886 points and has 1,373 career points.

“I can’t thank everyone enough to be recognized for what I am doing,” he said.

“They motivate me the most, and as long as I can do what I do and see them happy, I want to do it forever.”

Whitlock is also a standout quarterback on the Belle Vernon football team. He was named the Big Eight Conference Offensive Player of the Year and first team quarterback. He is currently standing out early on with the Leopards’ track and field team.

When asked why Whitlock is so successful, Salvino did not hesitate with his answer.

“He does things that others won’t do to be as good as he is and he has the athletic ability,” Salvino said. “I am very happy for him and anything my players get; they have earned it and I am proud of him.”

Whitlock’s only competition for the Player of the Year honor came from Trinity senior swingman Michael Dunn, who was the leading scorer in the area at 23.6 points per game during the regular season. Dunn finished the year with a flurry, setting career highs twice within a week, scoring 35 points in the regular-season finale against Thomas Jefferson and topping that with a 37-point performance against Kiski in the Class 5A playoffs. He scored 31 and 25 points in the Hillers’ other playoff games. Dunn averaged more than seven rebounds and two assists per game.

Joining Whitlock and Dunn on the Observer-Reporter’s All-District first team are Washington junior guard Tayshawn Levy, Charleroi senior forward Will Wagner and Peters Township junior swingman Gavin Cote. Levy and Wagner were the top two vote-getters on the All-Class 3A Section 4 team and Cote was a versatile scorer for Peters Township in Class 6A. Levy averaged 19.1 points per game, Wagner 19.6 and Cote 15.3 Wagner scored 29 points in Charleroi’s 61-44 victory over Steel Valley, the Cougars’ first playoff win in 24 years.

The second team includes Whitlock’s teammates Gordon and Martin, the latter the lone freshman on the all-district team. The third team includes Ringgold guard Demetrius Butler, who had a 42-point performance against West Mifflin, Jefferson-Morgan’s Taj Jacobs, the only area player other than Whitlock and Dunn to average at least 20 points per game, and Chartiers-Houston’s Austin Arnold, who averaged a double-double of points and rebounds for the season.

“I am proud to be honored with them,” Whitlock said. “Hard work pays off.”