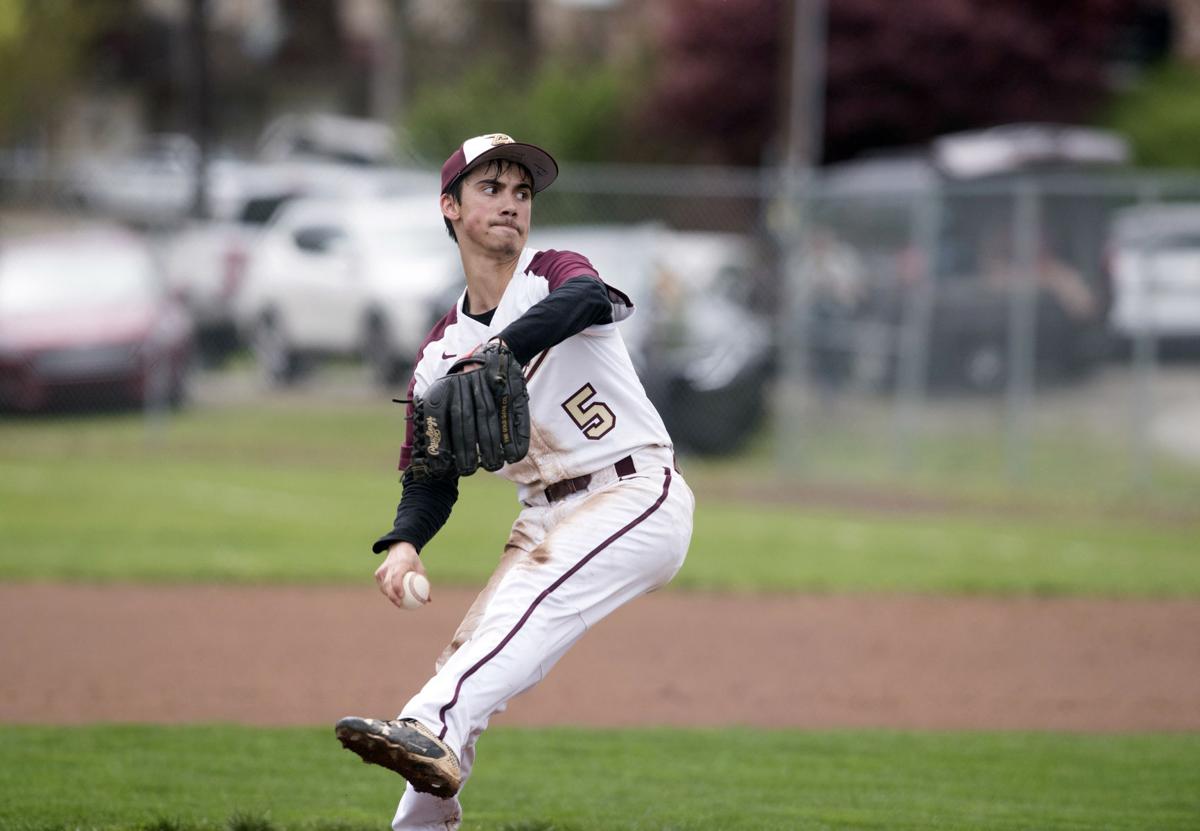 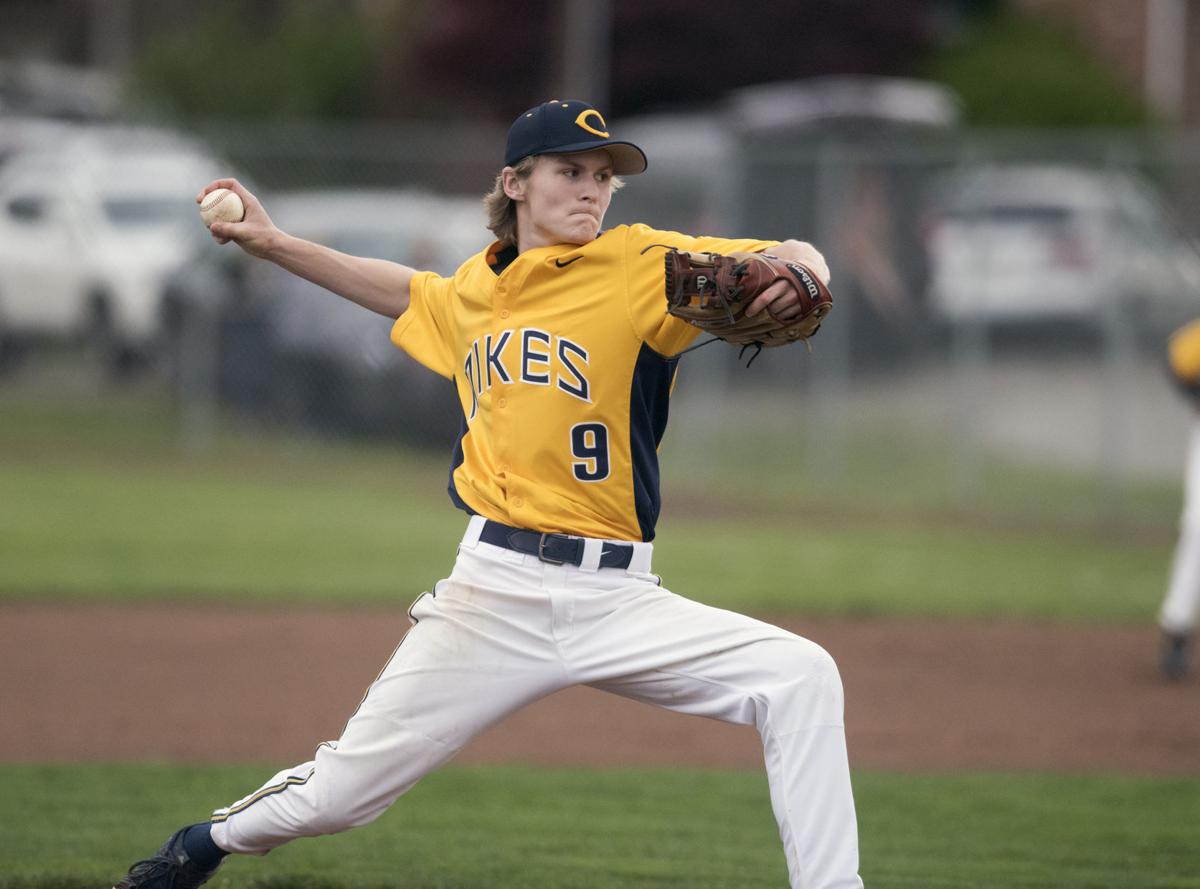 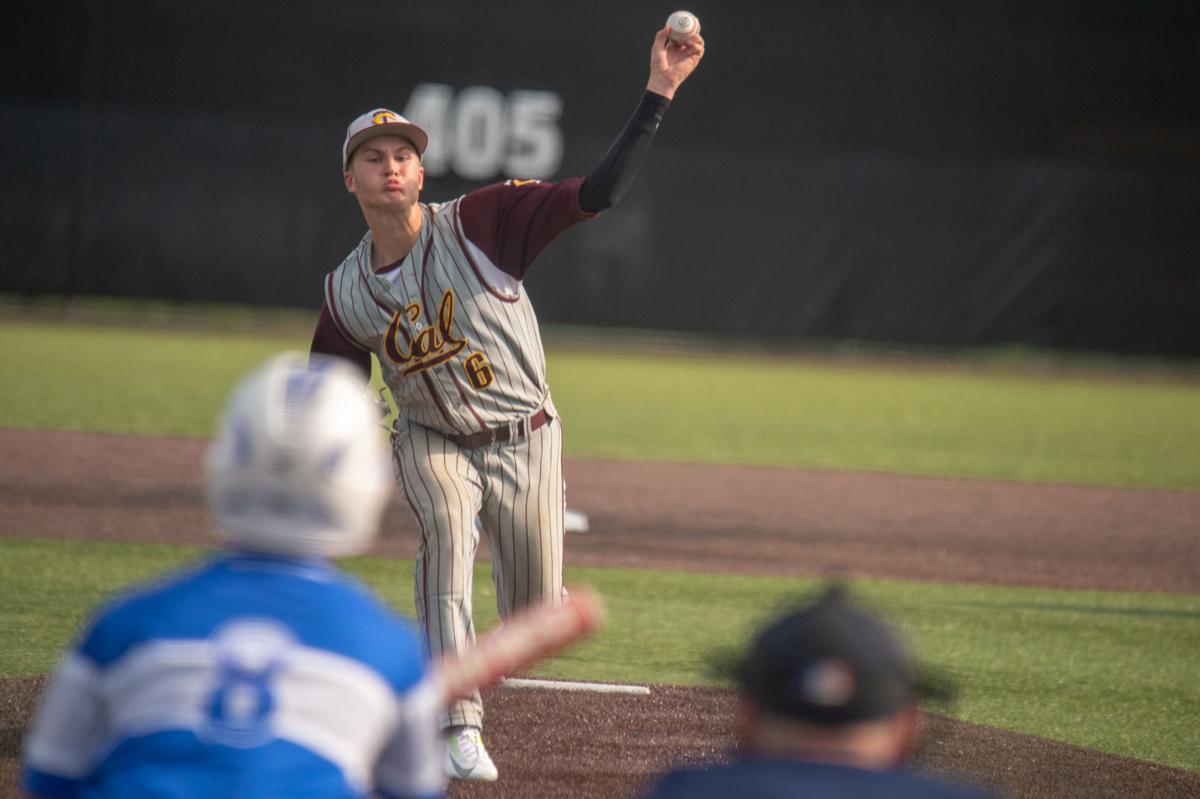 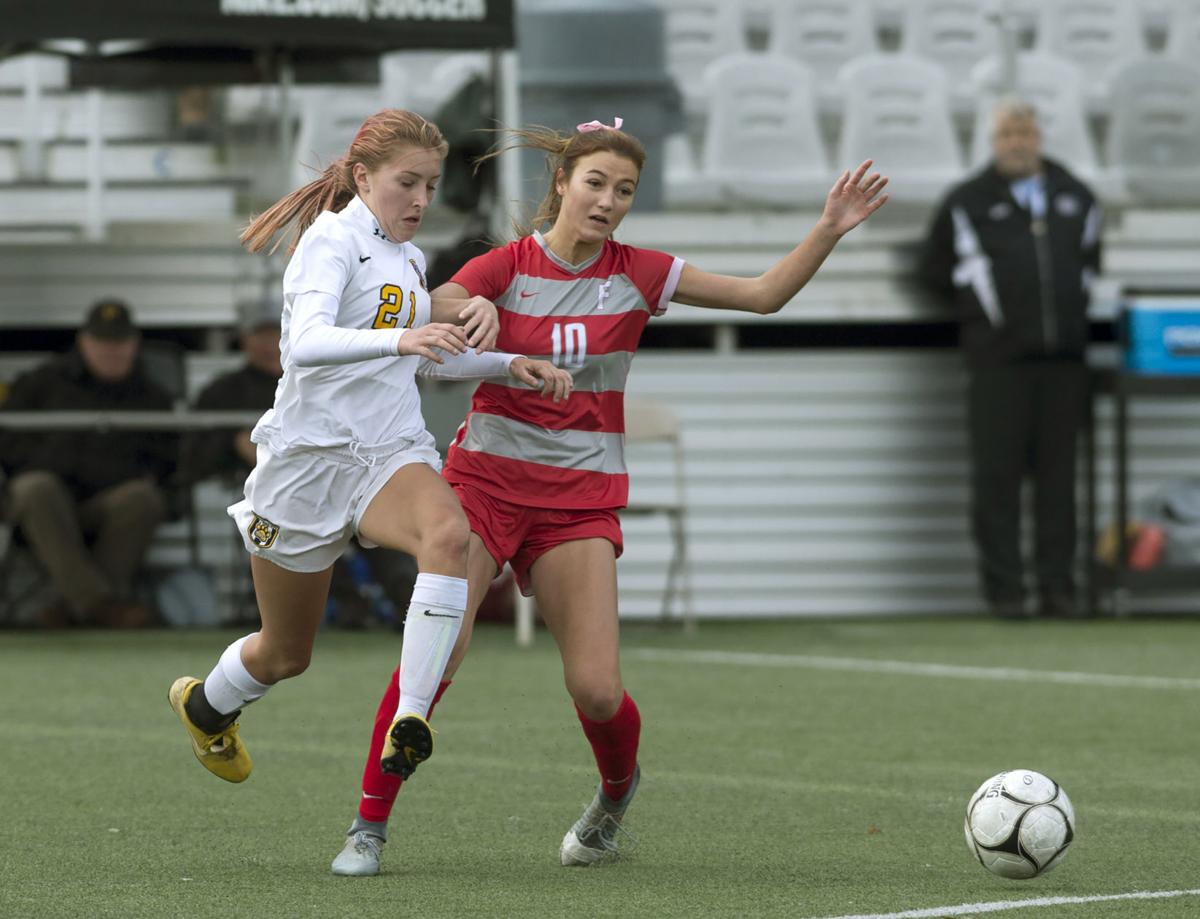 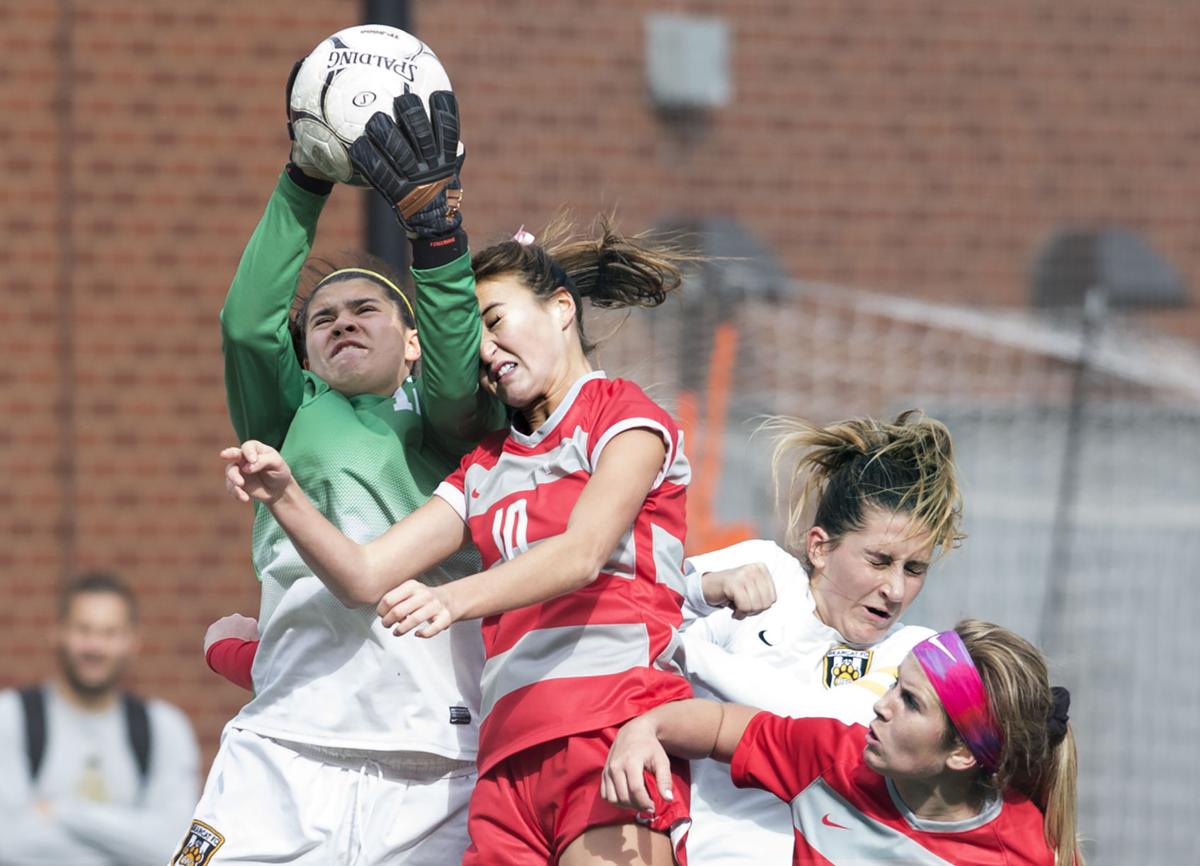 Bentworth’s Candalaria Kossel goes up for the ball as Freedom’s Chloe Keller does in with her head during the WPIAL Class A girls soccer championship in Pittsburgh on Saturday, Nov. 3, 2018.

Bentworth’s Candalaria Kossel goes up for the ball as Freedom’s Chloe Keller does in with her head during the WPIAL Class A girls soccer championship in Pittsburgh on Saturday, Nov. 3, 2018.

There could be a change in how many regular-season games Pennsylvania high school baseball teams can play as early as next season.

“My very first reaction, as a competitor, is that I would love it,” Canon-McMillan baseball coach Tim Bruzdewicz said. “You get to know more about your pitching, depth and younger guys.”

It would be a challenge for local teams to take full advantage of the increase with the difficult spring weather in Western Pennsylvania. Of the 22 high school baseball teams in the Observer-Reporter’s coverage area, not one was able to reach 20 regular-season games this past spring.

There were only four local teams to do so counting playoffs and trips south to begin their seasons. Peters Township, South Fayette and Trinity each played 20 total games, which included at least one playoff game. California, the Class A champion, finished the season with 21 games. Five of the Trojans’ 21 games were in the playoffs, so they only played in 16 regular-season games.

Canon-McMillan played 19 regular-season games, mostly by playing home games on the turf at Wild Things Park. Bruzdewicz said he always saves a final game for a quality, playoff-bound team to challenge the Big Macs prior to the postseason.

“Being allowed 24 games would be a really good shot in the arm, especially for bigger programs,” he said. “We go down south and play teams from Illinois who play 35 games. That would be really nice to play more games. If you use them right, it could really help you.”

Bruzdewicz said he would schedule 23 games to still have an opportunity to play a final regular-season game against good competition. He said the increased amount of games would allow for a heavier schedule to open the season in the Big Macs’ trip south then could add a few non-section games throughout the year.

If approved, the change wouldn’t impact the minimum number of games. The rule would simply give the opportunity for more baseball to be played in the regular season if weather permitted.

Diagonal dilemma: The WPIAL is attempting to alter how it officiates high school soccer games in the future.

Instead of the rotating system currently in use, the district is seeking the approval of the PIAA to move to a diagonal system of control. That will also be decided Wednesday.

“I think it is something that needs to be done,” said Bentworth girls soccer coach Tyler Hamstra. “It’s kind of crazy that it’s 2019 and it hasn’t been done yet. I believe Pennsylvania is one of the only states, if not the last one, that hasn’t made the change. I’d be excited about it.”

The diagonal system would still use three on-field officials. One referee would permanently be in the center of the field while two assistant referees would run the sidelines. Only the center referee whistles fouls. The assistants use flags as signals but the ultimate decision is made by the center referee.

The rotating system currently used allows three officials to whistle fouls. The officials rotate jobs on a set schedule throughout the game, creating a dynamic of a single game being called differently when the switches are made.

“We had a meeting last year and talked about going to the system that most organizations have,” said WPIAL soccer committee chairman Joe Maize, who has been a member of the committee for more than 30 years. “Getting the same system that would help recruit officials.”

Changing to the diagonal format would solve some of the officiating problems that have grown over the past several years.

“It’s not very consistent the way it is,” Hamstra said. “The biggest argument people have is different refs call the game differently. I know there is a ref shortage. This would definitely require more out of that center ref, mostly physically.”

If approved, the WPIAL will organize a pilot program that will transition officials into the format. As part of the pilot program, the officials will record statistics on yellow card infractions and disqualifications to report to the PIAA Officials Council in March 2020.

Whitlock ruled eligible: Belle Vernon sophomore Devin Whitlock, a two-sport standout who transferred from Monessen in May, is now eligible to play football and basketball after an appeal hearing with the WPIAL Monday.

The WPIAL originally declared him ineligible last month based on transfer paperwork submitted by the two schools.

In his freshman season at Monessen, Whitock totaled 2,166 yards and 22 total touchdowns from multiple positions to lead the Greyhounds to a three-way tie for the Tri-County South Conference. In basketball, the 5-8 guard averaged nearly 20 points per game.

The sophomore, who won two WPIAL golds and a state title, had times in the 100-yard butterfly and 100 freestyle to make the National Interscholastic Swimming Coaches Association All-American lists for the 2018-19 season.

The top 100 recorded times in each event earns all-american status.

DeRubbo missed most of her junior season with a knee injury, returning prior to the playoffs. She averaged 17.1 points and just under five rebounds and five assists as a sophomore.

O’Donoghue was a key part to the Big Macs’ first playoff appearance in the program’s short history as a junior. She finished with 31 goals and led the team with 52 ground balls and seven interceptions. O’Donoghue was selected to represent Team Pittsburgh at the 2019 U.S. Lacrosse National Tournament and was an all-section performer.

Queens was 19-3 last year and advanced to the Division II Women’s Lacrosse Championships before falling to West Chester in the semifinals.