We're temporarily changing our customer service hours. We will be available to take calls weekdays from 7 a.m. to 2 p.m. at 724-222-2201. The business office remains closed to the public.
1 of 3 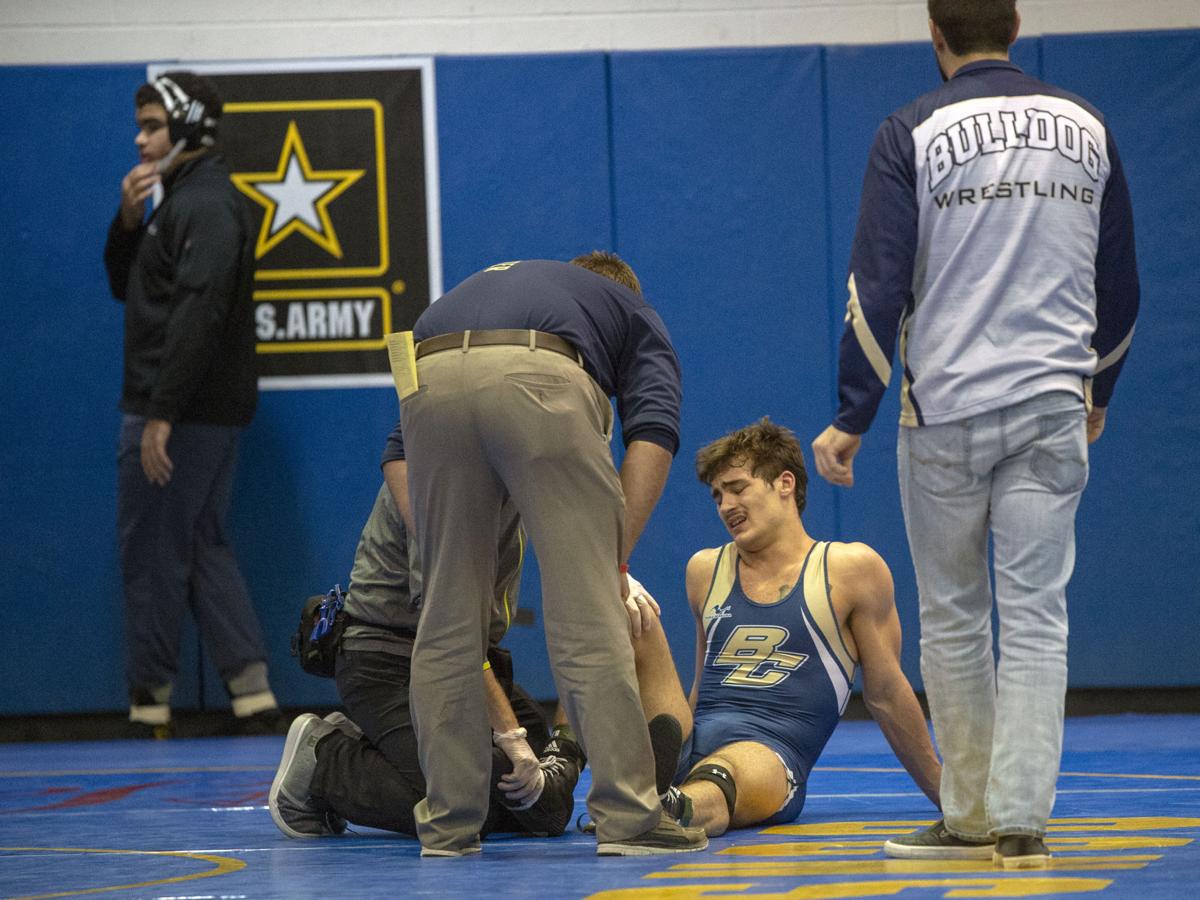 Beth-Center’s Dom Fundy is tended to by coaches and trainers after getting injured during his WPIAL Section 1-AA championship bout against Bentworth’s John Vargo. 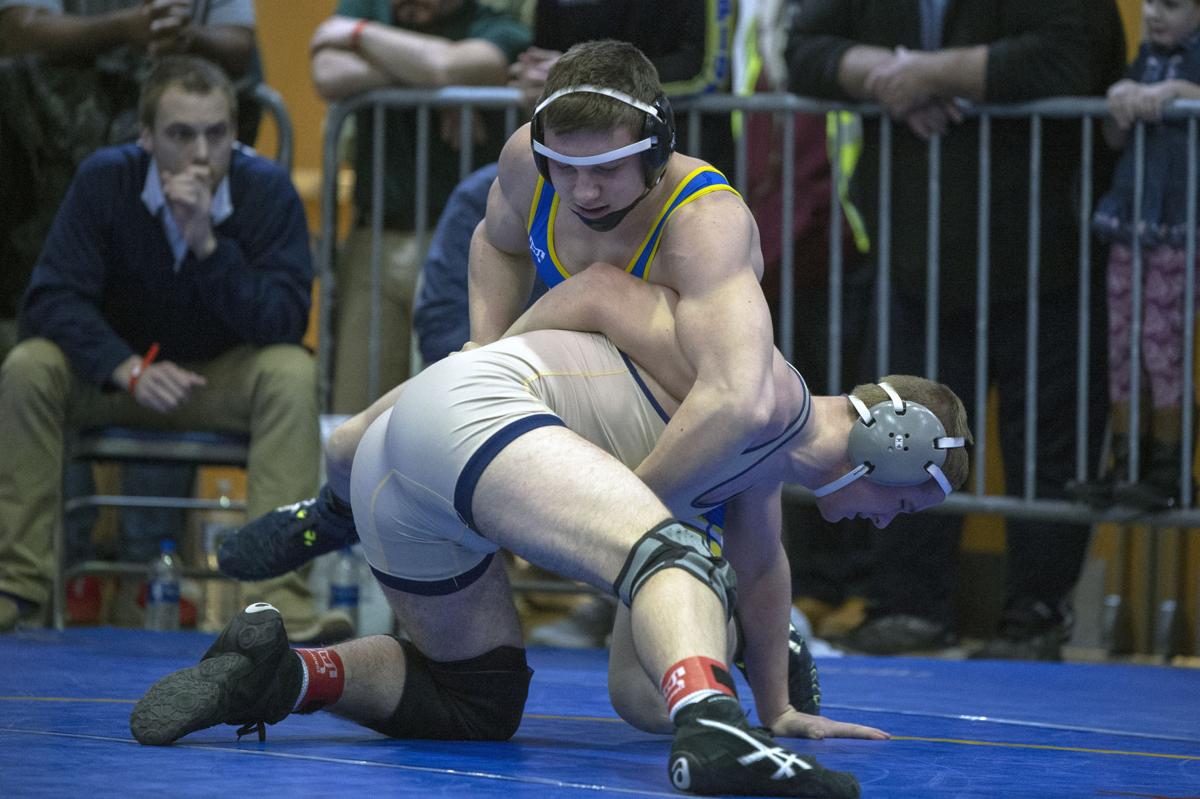 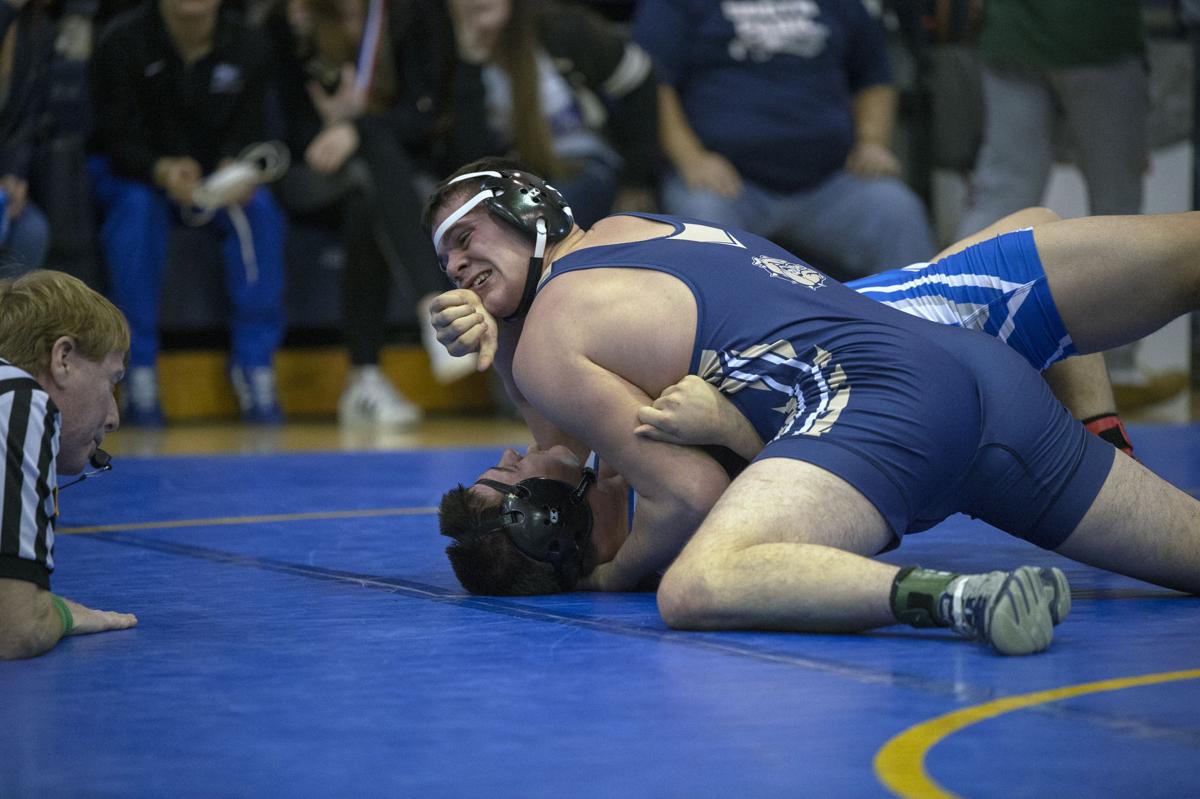 Beth-Center’s Jacob Baker wins by fall in 2:48 over South Park’s John Blackburn at 220 pounds in the Section 1-AA championships.

Beth-Center’s Dom Fundy is tended to by coaches and trainers after getting injured during his WPIAL Section 1-AA championship bout against Bentworth’s John Vargo.

Beth-Center’s Jacob Baker wins by fall in 2:48 over South Park’s John Blackburn at 220 pounds in the Section 1-AA championships.

CANONSBURG — Dom Fundy has had a lot of luck heading into wrestling's postseason.

Most of it over the past two years has been bad.

An injury to his right knee forced him to default to Bentworth's Jonathan Vargo at 2:22 in the finals. The loss dropped Fundy's record to 22-3.

"I don't know," said Beth-Center head coach Gary Welsh when asked how bad the injury was. "He said the knee felt weak. The trainers wrapped it in ice. We'll see. Maybe when the ice is off it, we can see if we can get through."

Fundy defaulted in the first round of the WPIAL event last year and might do so again today.

Fundy, missed last year's postseason with an injury, and will be hobbled at best with this knee injury.

The injury was a huge disappointment because Fundy was wrestling well heading into the tournament, a fact he credited to an easier regular season workload.

"The break I took was nice," said Fundy after his first-round pin of Jonathan Wolfe, a sophomore from Jefferson-Morgan, in 1:36. "Our team did real good and got to (the PIAA Team Tournament). It's my senior year, so I came in feeling whatever happens, happens."

It was quite a contrast to the start of the season, when Fundy jumped into wrestling too soon from football season. He needed time to recharge but didn't get it.

"Most of the issues he was dealing with fell on my shoulders," said Welsh. "I rushed him back. ... It was too much too quick. I mismanaged him. We stepped back and got him missing it a little bit. I saw the turnaround in the team competition towards the end."

At the season-opening Chartiers-Houston Tournament, Fundy won his weight class but was obviously not in wrestling shape. After the whistle blew, ending the final, he crawled over to the corner and threw up in a waste bucket.

It was Fundy's first time back on the mat since the end of his junior regular season. He missed the postseason because of a severe thumb injury the week before the section tournament.

Fundy and Welsh decided that the talented wrestler who was a state runner-up two years ago, would skip the remaining regular-season tournaments to give his body a break and make him fresh for the postseason.

The top four wrestlers from each of the three sections advanced to the WPIAL Championships, which will be held today, also at Canon-McMillan.

Fundy has decided to attend California University but will forego playing football for at least the time being. Cal does not have a wrestling program.

Fundy will pursue a degree in education and wants to be a special education teacher. He decided to join "Best Buddies," a group at Beth-Center that work with children with special needs.

It was a perfect fit for Fundy.

Meanwhile, defending state champion Thayne Lawrence of Frazier breezed to a Section 3 title at 160. He had three shutout victories, 11-0 over Eric Catone of Derry, 2-0 over Brock White of Highlands and 5-0 over Austin Mele of Burrell.

Other Section 3 winners were Luke Gelbig of Mt. Pleasant at 106 and teammate Dayton Pitzer at 182, and Ryan Michaels of Elizabeth Forward at 113 and teammate Noah Hunnel at 145. In Section 1, Kolin Walker of West Greene won at 182.