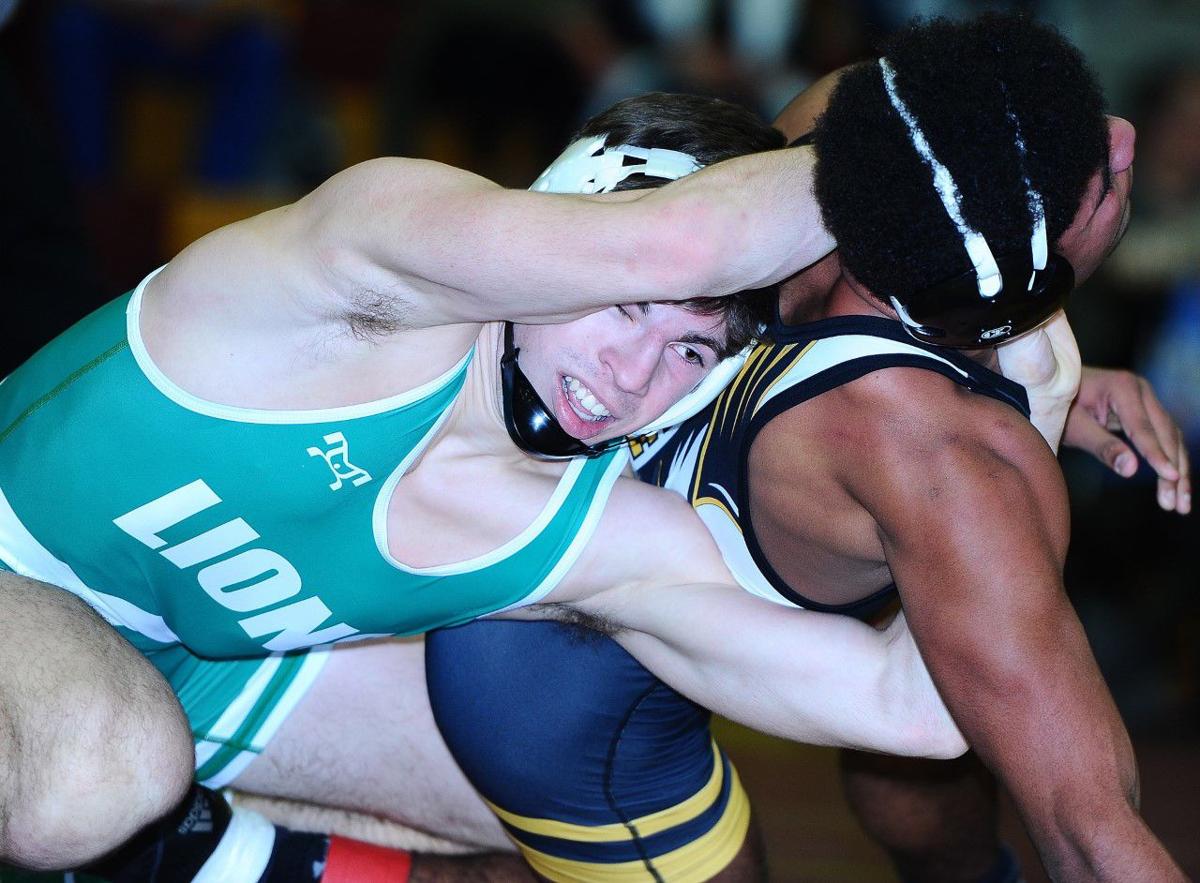 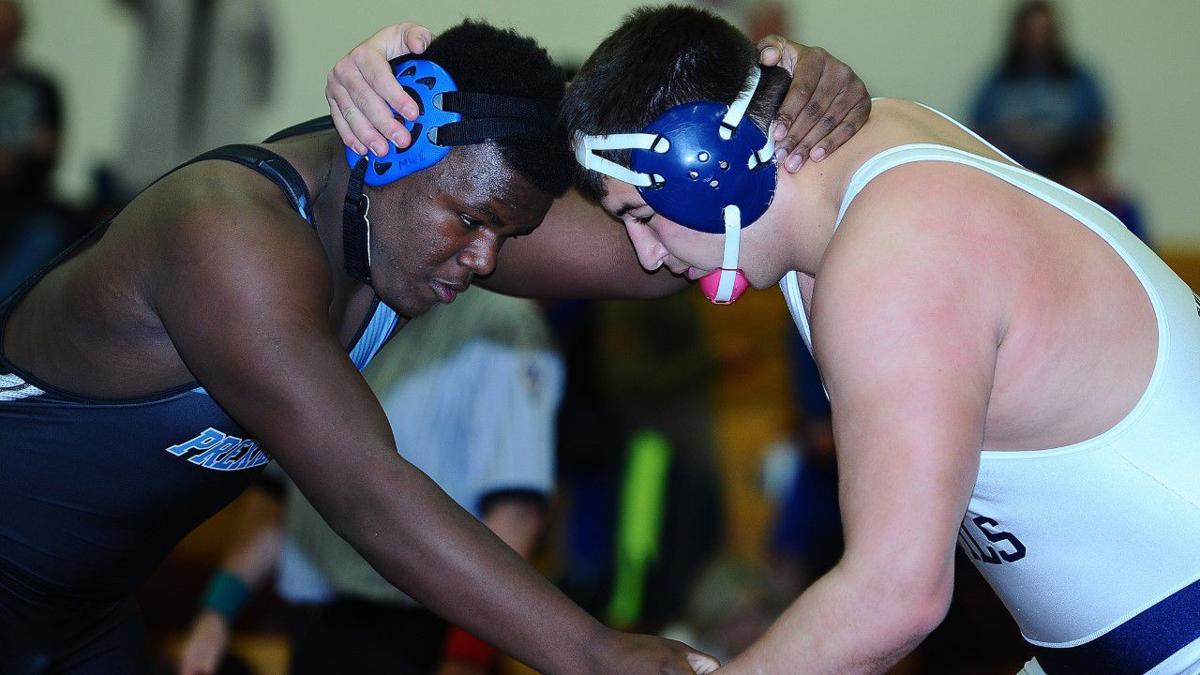 Riley Kemper, right, of Burgettstown goes head-to-head with Cameron Carter-Greene of Washington during the heavyweight final of the Chartiers-Houston Wrestling Tournament Saturday. 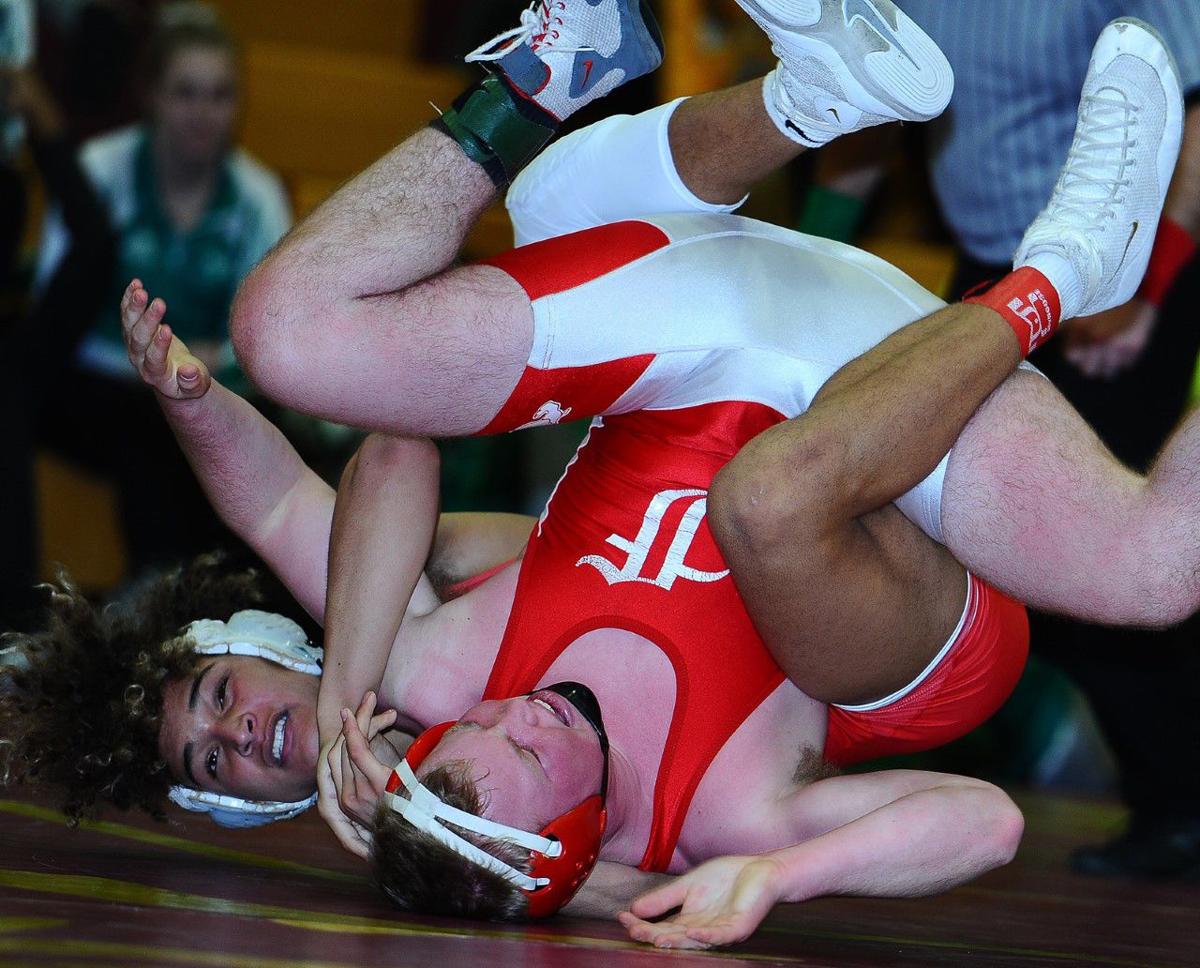 Donovan McMillon of Peters Township turns Trent Schultheis of Freedom during the 182-pound final of the Chartiers-Houston Wrestling Tournament Saturday.

Riley Kemper, right, of Burgettstown goes head-to-head with Cameron Carter-Greene of Washington during the heavyweight final of the Chartiers-Houston Wrestling Tournament Saturday.

Donovan McMillon of Peters Township turns Trent Schultheis of Freedom during the 182-pound final of the Chartiers-Houston Wrestling Tournament Saturday.

HOUSTON – Donovan McMillon settled a score, Riley Kemper reached a milestone and Eli Brinsky, well, he was just happy to survive the battle at the Chartiers-Houston Wrestling Tournament Saturday.

The local trio made their way to the top of the awards stand in their respective weight classes, no easy task in what has become one of the best season-opening wrestling tournaments in Southwestern Pennsylvania.

No fewer than four nationally ranked wrestlers competed in this event that spanned two days and, at 29 teams, had its largest turnout.

McMillon, a junior at Peters Township, avenged a loss to Trent Schulthies of Freedom in this tournament two years ago by taking a 10-6 decision that gave him the 182-pound title, his second in as many season.

McMillon had a week off to recover from the football season that extended to the WPIAL championship game this fall. After that, he jumped back into wrestling. So what’s the difference between being in football shape and wrestling shape?

“The third period,” McMillon said with a laugh. “It seemed to go on for 20 minutes. I was tired but I pushed through. In my head I was saying that this was my revenge match. Wrestling helps me so much in football. It helps me in tackling, pursuit angles and shooting through people.”

Kemper, a senior from Burgettstown, pinned Washington’s Cameron Carter-Greene in 1:38 to not only win the heavyweight championship but get his 100th career victory to go with just 37 losses. Austin McDermott has the school record with 153 victories.

“I knew it was close and I knew I had four matches,” said Kemper, who finished last season with 96 victories. “I only wanted three today so I could get 100 Wednesday, when we wrestle South Park at home.”

Kemper finished better in each of his four appearances in this event, finishing fifth, fourth, third and now first.

“I had Jake Slinger (of Upper St. Clair) when I was a freshman and kept going with it,” Kemper said. “My expectations are to keep getting better, get back to Hershey, win the section title and possibly the WPIAL team title.”

Brinsky, a senior from South Fayette, shut out Daiveon Say of Grove City, 5-0, for his 91st career victory.

“I’m just happy to get a win here,” said Brinsky. “I was thinking this is my last shot. I’ve got to get one. I’m real excited to get going for my senior year.”

Shane Kemper’s venture into the 160-pound finals did not go well. The Burgettstown junior was shut out, 9-0, by Cole Spencer of Pine Richland.

Will Kail of Peters Township made it to the 138-pound finals, but so did Sam Hillegas of North Hills. Hillegas is a three-time PIAA Class AAA finalist and two-time champion, and pinned Kail in 1:10.

South Fayette freshman Jimmy Anderson made it to the 106-pound finals but dropped an 8-3 decision to Anthony Ferraro of Pine-Richland.