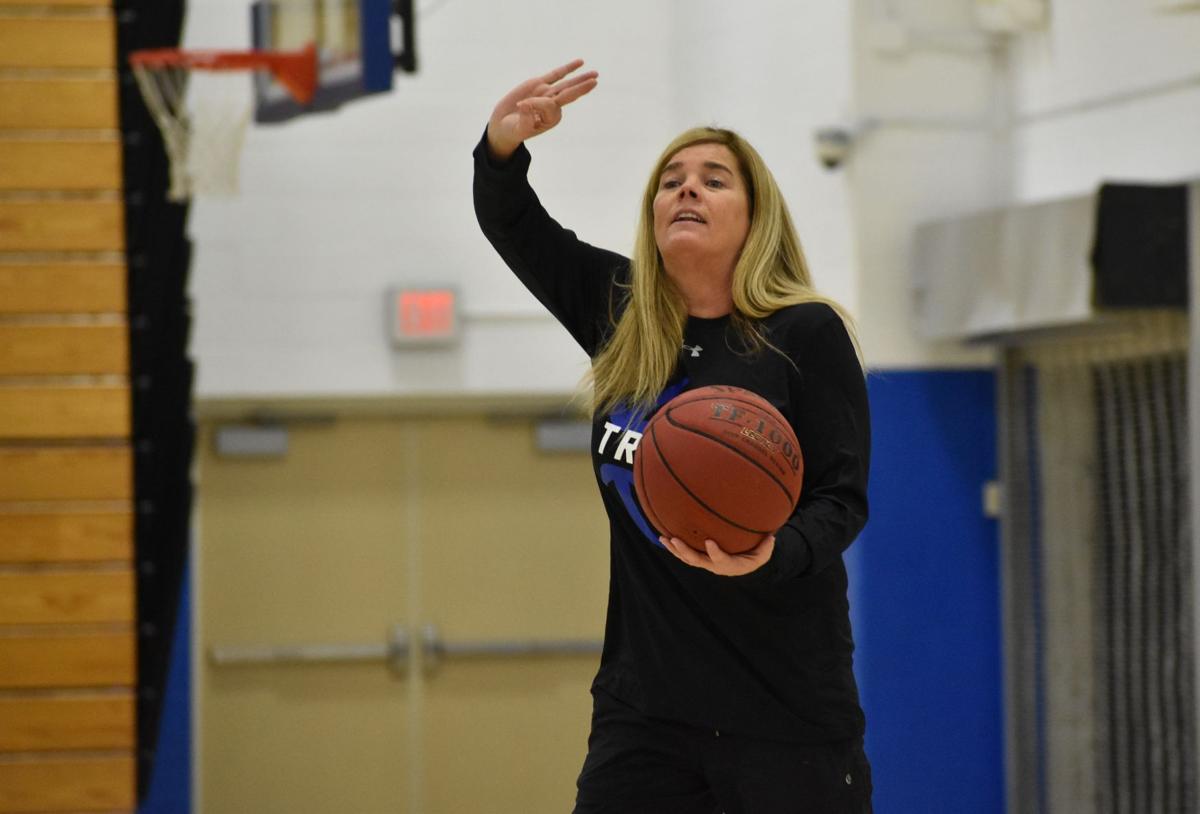 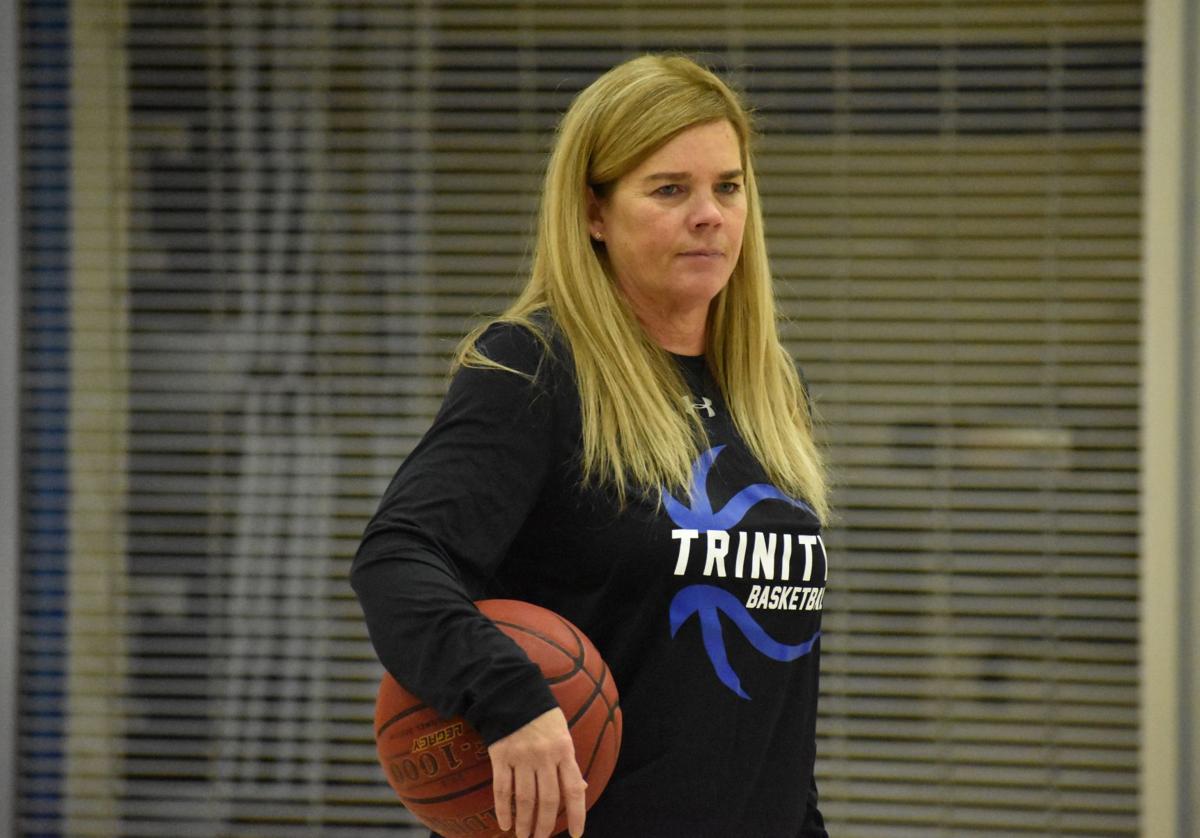 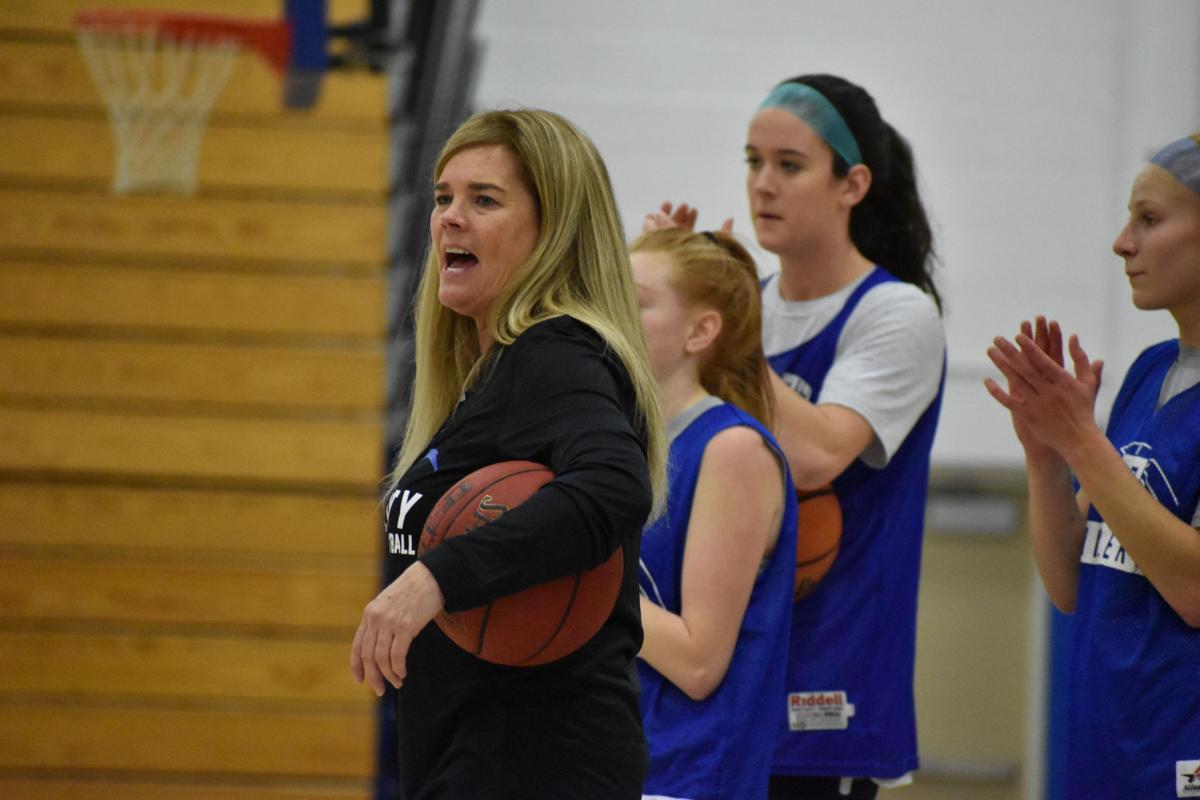 The challenging, emotional offseason is about to reach a forgone conclusion for the Trinity High School girls basketball team.

An ending that, no matter who the head coach, would result in just playing basketball, something the Hillers, who return four of five starters, could turn into one special season.

“Everyone has bought in,” said senior Riley DeRubbo. “I think we can be really good. We have just continued to work harder.”

The tumultuous offseason for Trinity players started when they thought they squashed rumors of former head coach Bob Miles having his position opened. In early August, months after pleas from players, the Trinity school board ousted Miles after seven seasons, which included a 123-56 record and trips to the WPIAL and PIAA playoffs each of the last six years. Miles coached Trinity to the first state championship appearance from a Washington County girls basketball team in 2017.

“It was just great getting back on the court,” DeRubbo said. “We are a super close group, which helped us get over the situation. At first, it was pretty different for all of us. Things are done a little differently.”

The support Trinity’s players showed Miles were noticed by McConnell-Miller from afar.

“I loved how supportive they were, how much they believed in him and what he did,” McConnell-Miller said. “I’ve inherited a group that was well-coached, well-disciplined and had really good chemistry. I’m really thankful the foundation was built here.”

It’s a foundation for Miller, who has stops at the collegiate and professional levels of women’s basketball, is excited to take shape.

“What influenced me most was family, the people I’d be working for and the players I’d be coaching,” McConnell-Miller said. “These players have a reputation that has proceeded them. They are hard workers. They want to play at the highest level. They are the type of kids you want to coach. You want to be there for them day in and day out.”

A talented Trinity team is led by Fordham recruit and senior Riley DeRubbo. As a sophomore, DeRubbo averaged 17.1 points per game and just under five rebounds and five assists to be named to the Observer-Reporter All-District First Team. She played the final few games for the Hillers last year after rehabbing from a torn ACL, helping Trinity to the WPIAL quarterfinals and to another appearance in the state tournament.

The rest of the young roster battled to 12-13 overall as it faced a grueling schedule. Trinity played four WPIAL eventual champions – Our Lady of Sacred Heart, North Catholic, Peters Township and Chartiers Valley, the latter three times – and a pair of district runner-ups in North Allegheny once and Thomas Jefferson three times.

Also returning for Trinity is twin sisters Kaylin and Emily Venick, Marlaina Bozek, Courtney Dahlquist, Ashley Durig and Alyssa Clutter, all who played valuable minutes from a season ago. Kaylin Venick averaged 10.1 points and shot 40% from the field last year.

“We have lots of different weapons, from really strong guard play to interior players,” McConnell-Miller said. “It’s a great combination of players. I’ve always been a believer in this profession that when you put five players on the floor that can score then you are a very dangerous team. We feel that we can be that.”

Who will step up?

Unlike all the Observer-Reporter All-District boys basketball first team selections from last season, none is back form the girls’ side.

Highly recruited Peters Township center Journey Thompson, who is only a sophomore, will play an even bigger role for the Indians. She averaged 12.8 points and 7.6 rebounds as PT rolled to a perfect 30-0 season and PIAA Class 6A title.

No blues for the Blue Devils

Last season was just the third time in 19 years that Burgettstown was in the playoffs.

Could the Blue Devils make it back-to-back trips to the postseason?

Maybe that and more.

Burgettstown, which finished 12-11 last season and lost to WPIAL Class 2A champion Our Lady of Sacred Heart in the first round of the playoffs, returns its entire starting lineup.

That includes Emily Prasko, who couldn’t play against OLSH because of stress fractures in her legs last year. Prasko averaged 11 points, nine rebounds and four steals and assists per game and was an Observer-Reporter All-District second team selection.

The success for West Greene in basketball, and softball, have primarily centered around Madison and McKenna Lampe and Kaitlyn Rizor.

The triple threat, each of whom scored more than 1,000 points in their careers, is no longer there for the Pioneers, who advanced to the WPIAL Class A Championship for the second consecutive season last year.

So who will West Greene coach Jordan Watson turn to for points?

Juniors Jersey Wise and Elizabeth Brudnock will each play key roles on offense for the Pioneers. Sophomore Anna Durbin also will be relied upon for points.