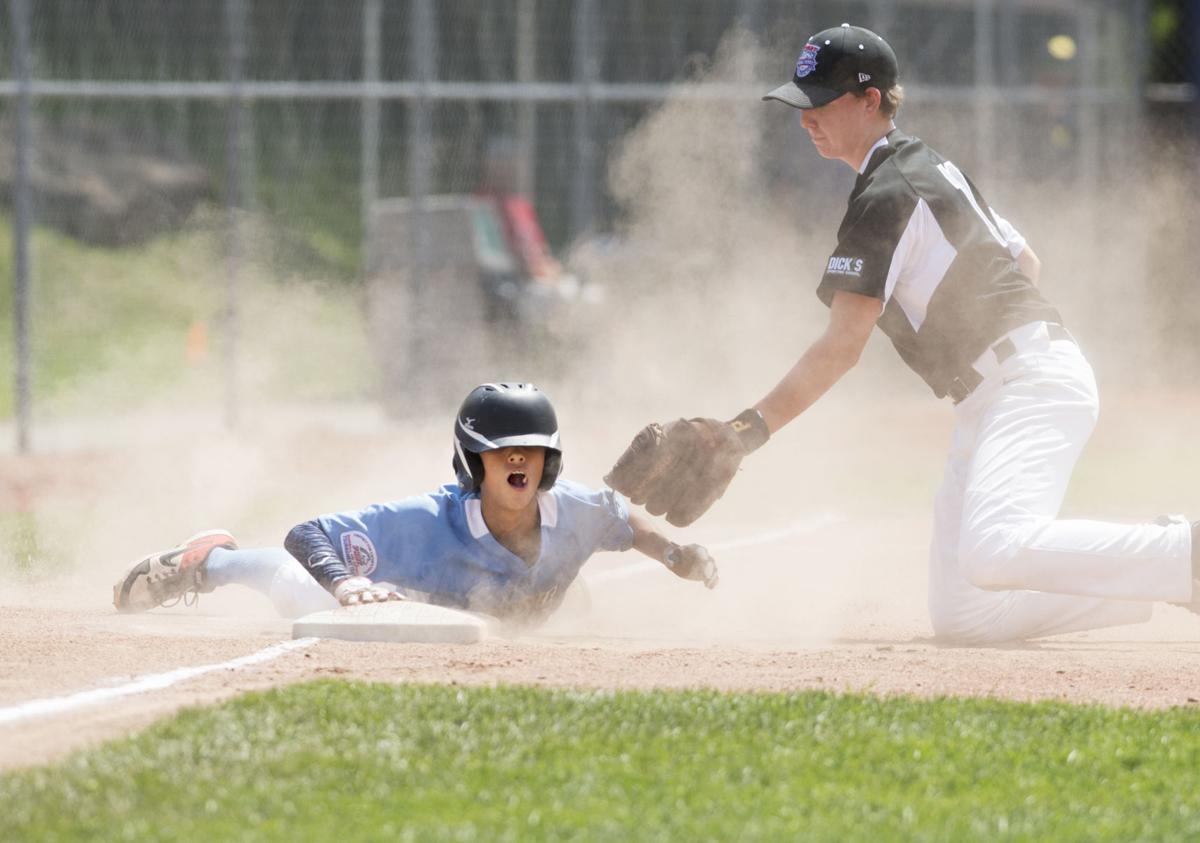 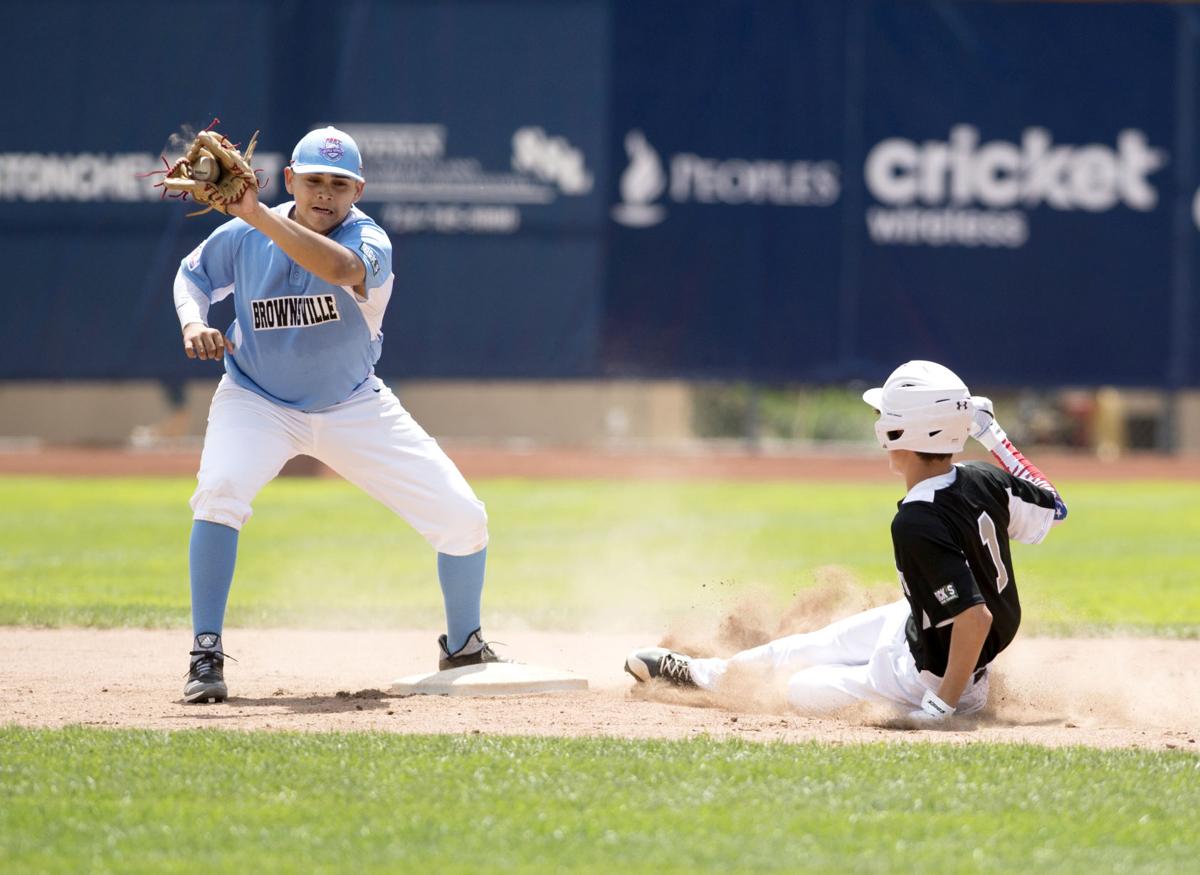 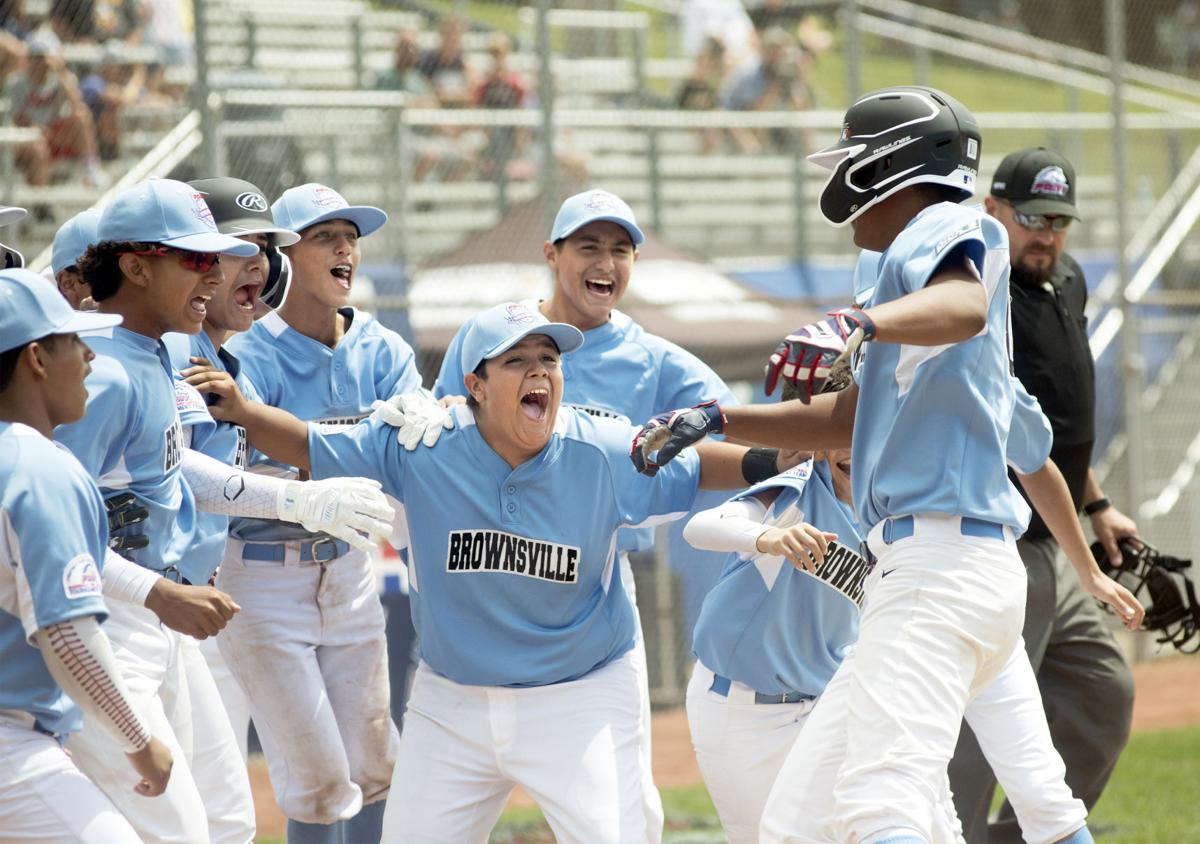 There are good gambles – putting money on Dave Palone, the winningest driver in harness racing history, to win a race at The Meadows.

And there are bad gambles – betting on the Cleveland Browns to win the Super Bowl.

And there is a third category, one that is a little murky. It floats in the middle of the first two, sometimes paying off in a big way and sometimes exploding in a devastating way.

That’s where Jim Butts found himself in the bottom of the sixth inning with runners on first and third when he signaled for a suicide squeeze. The play worked, but not in the way he imagined.

Still, the team Butts manages, Bay County, Mich., got the runs needed to rally from a one-run deficit and take a 3-2 victory over Brownsville, Texas, in the first round of the Pony League World Series Saturday afternoon at Lew Hays Pony Field in Washington Park.

The victory moves Bay County, Mich., the North Zone champion, to the next round of the winners’ bracket against either Washington County or Simi Valley, Calif., Monday at 8 p.m.

Brownsville, the South Zone champion, will play London in a losers’ bracket game at 7 p.m. today.

Trailing 2-1 in the bottom of the sixth, Jace Giffel singled to left field, his second single of the game. Nathan Ball then hit a bouncer back to the pitcher, who made a poor throw to second for an error, allowing Giffel to reach third base.

That was when Butts called for the suicide squeeze.

“I really like that play,” said Butts. “When I see the opportunity, I trust my boys. He didn’t get the bat on it but it still worked. It’s worked about half the time for us.”

The batter, Ben Sporman, squared to bunt just as Giffel made the break from third to home plate and Ball headed for second. To Butts’ horror, the pitch missed the bat. It was so far inside and low that it zipped past the catcher and rolled to the backstop. Giffel scored and Ball made it to third then scored when Brownsville pitcher Tony Villareal uncorked a wild pitch.

“I think he might have beat the throw if the catcher catches it,” said Butts. “We can’t sit back and wait for things to happen. We have to make things happen.”

Brownsville manager Rene Zayas said it was a tough way to lose but his team will rebound.

“We’ll react very positively, I assure you,” he said. “We were in the same predicament last year in the world series in California and made it to the semifinals. It was a rude awakening...but the kids will bounce back.”

Brownsville built a 2-0 lead when Andre Gamboa hit a solo home run in the fourth inning and Kevin Ibarra scored on a wild pitch from third base in the top of the fifth.

Bay County cut that lead in half in the bottom of the inning on a single by Aidan Robinson.