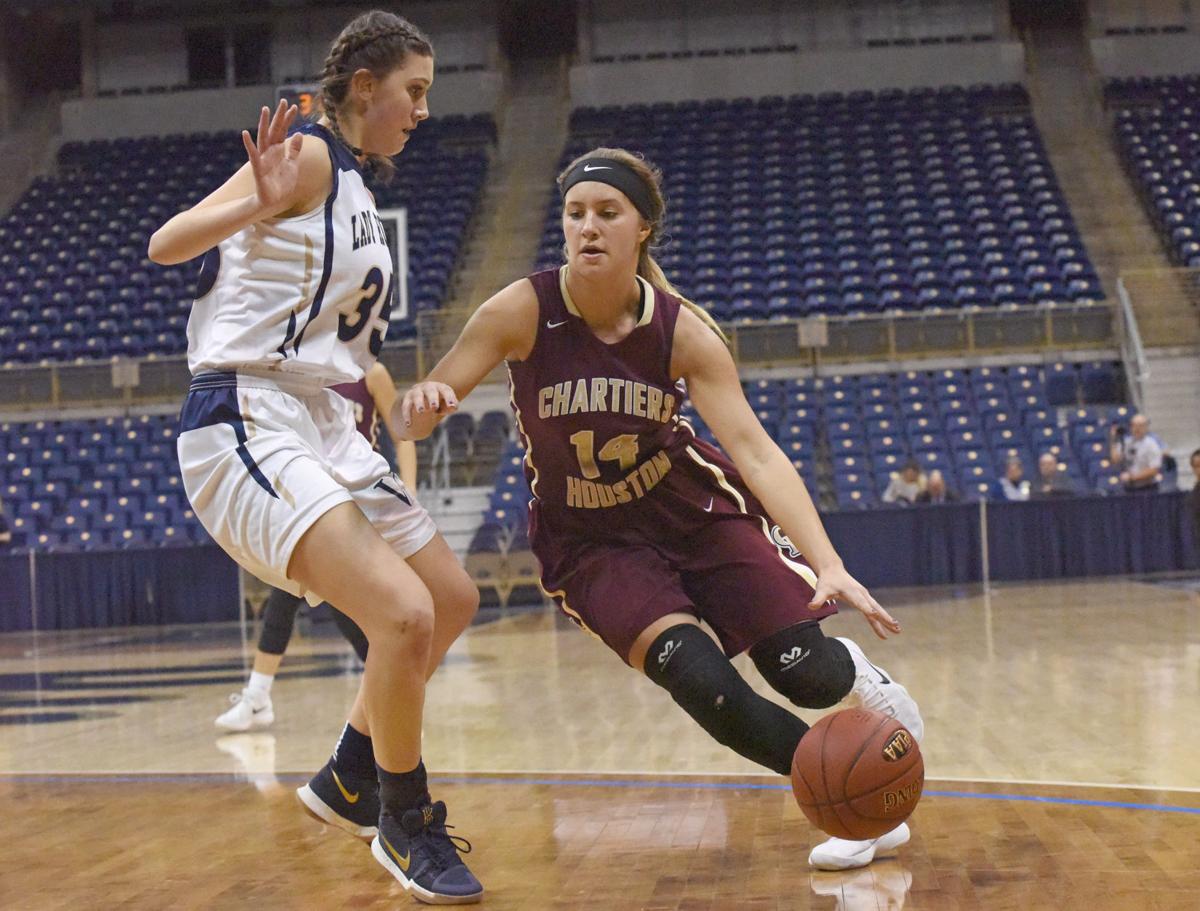 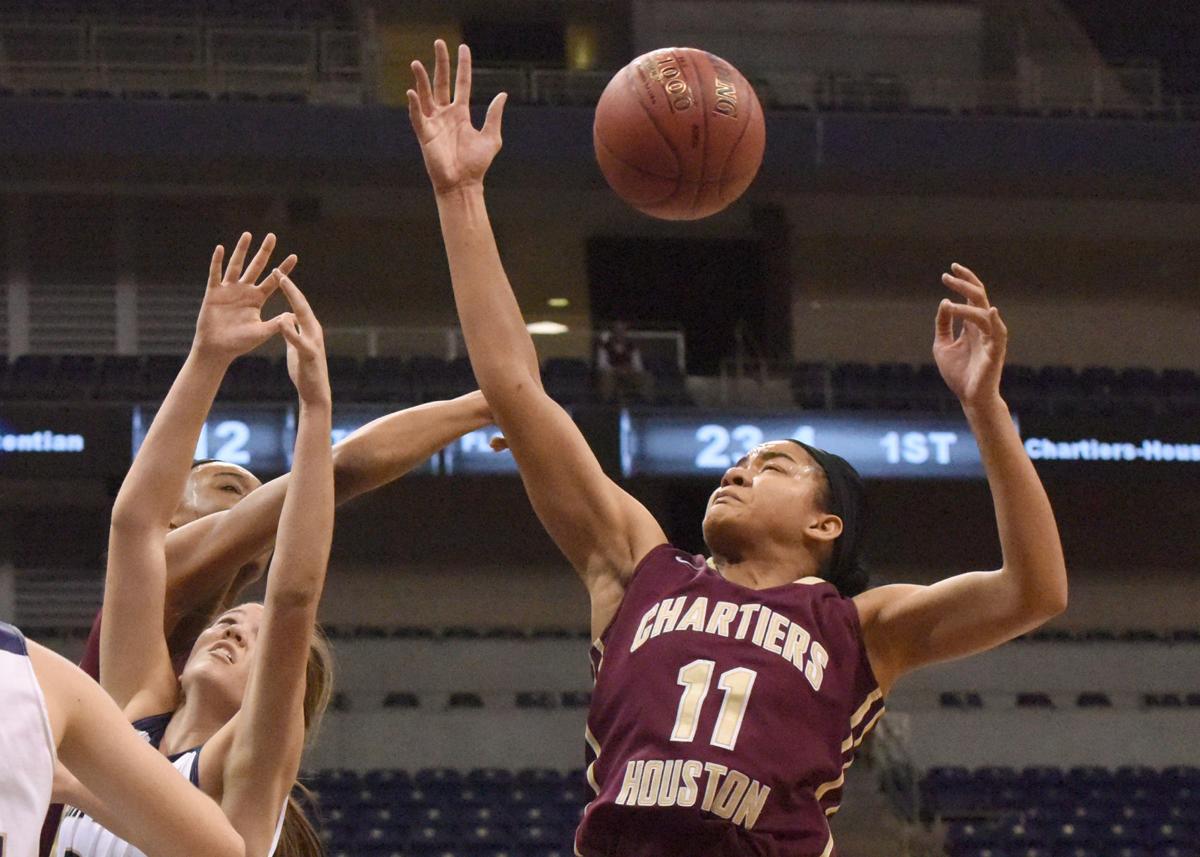 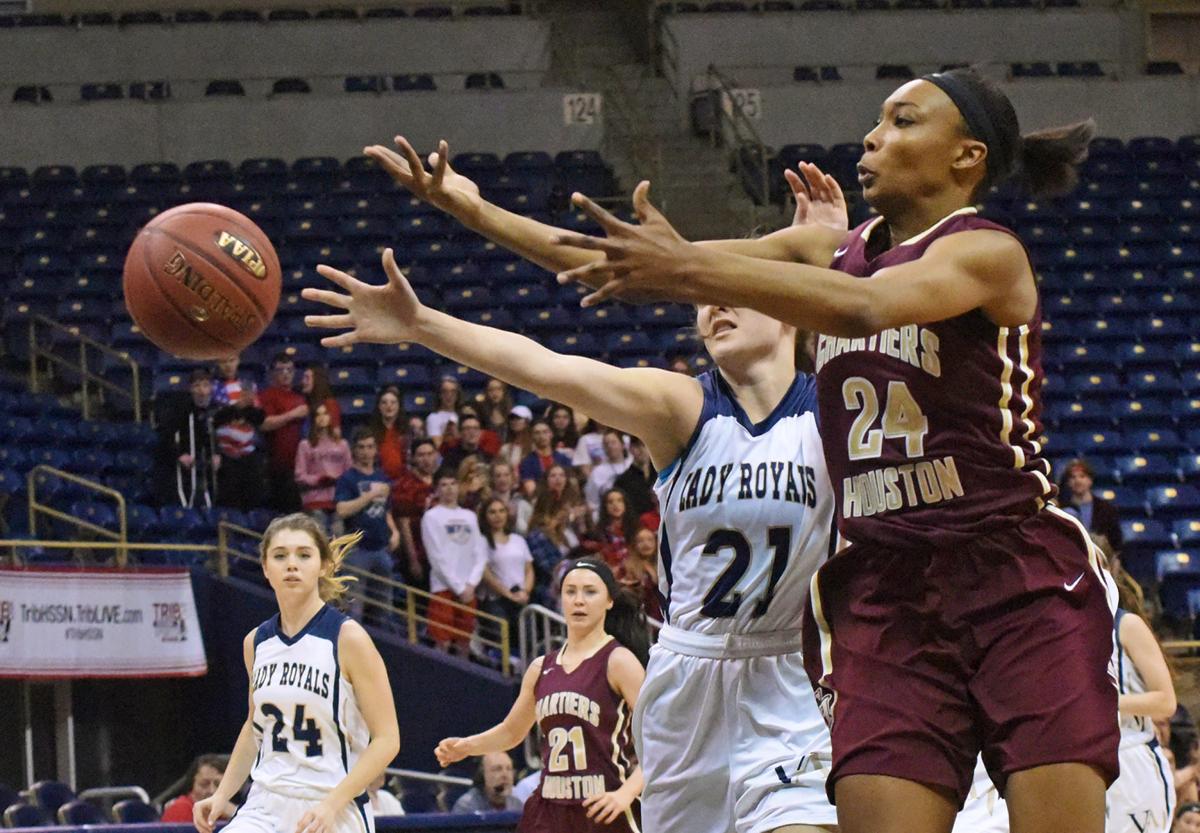 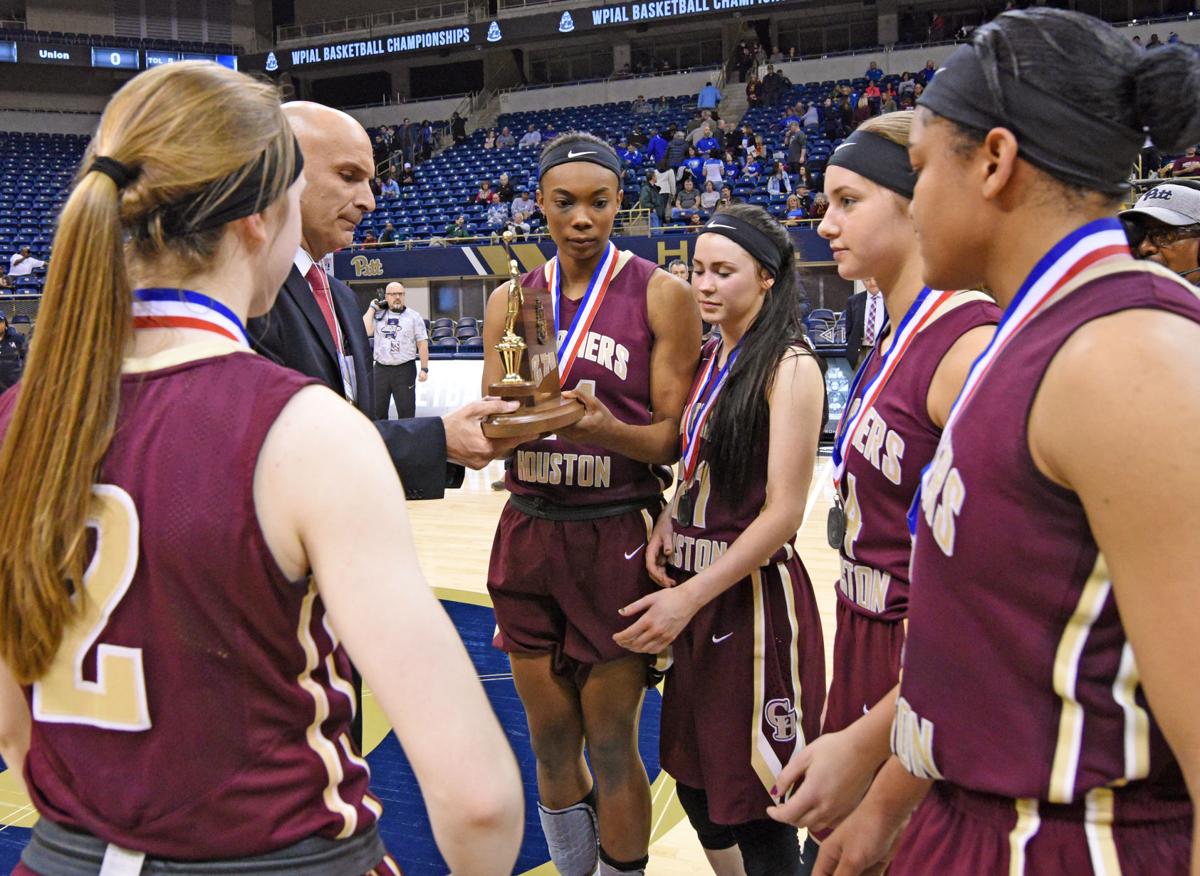 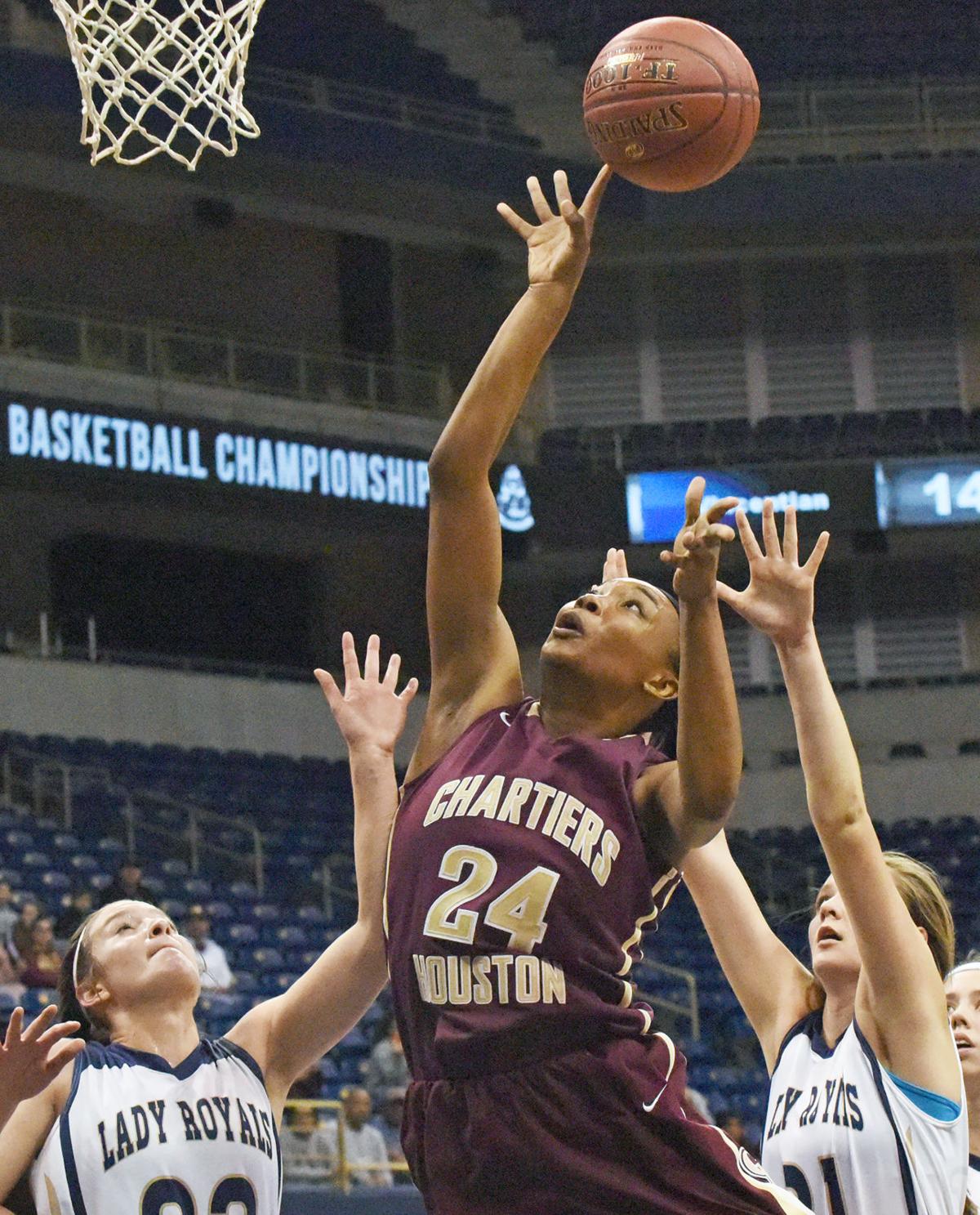 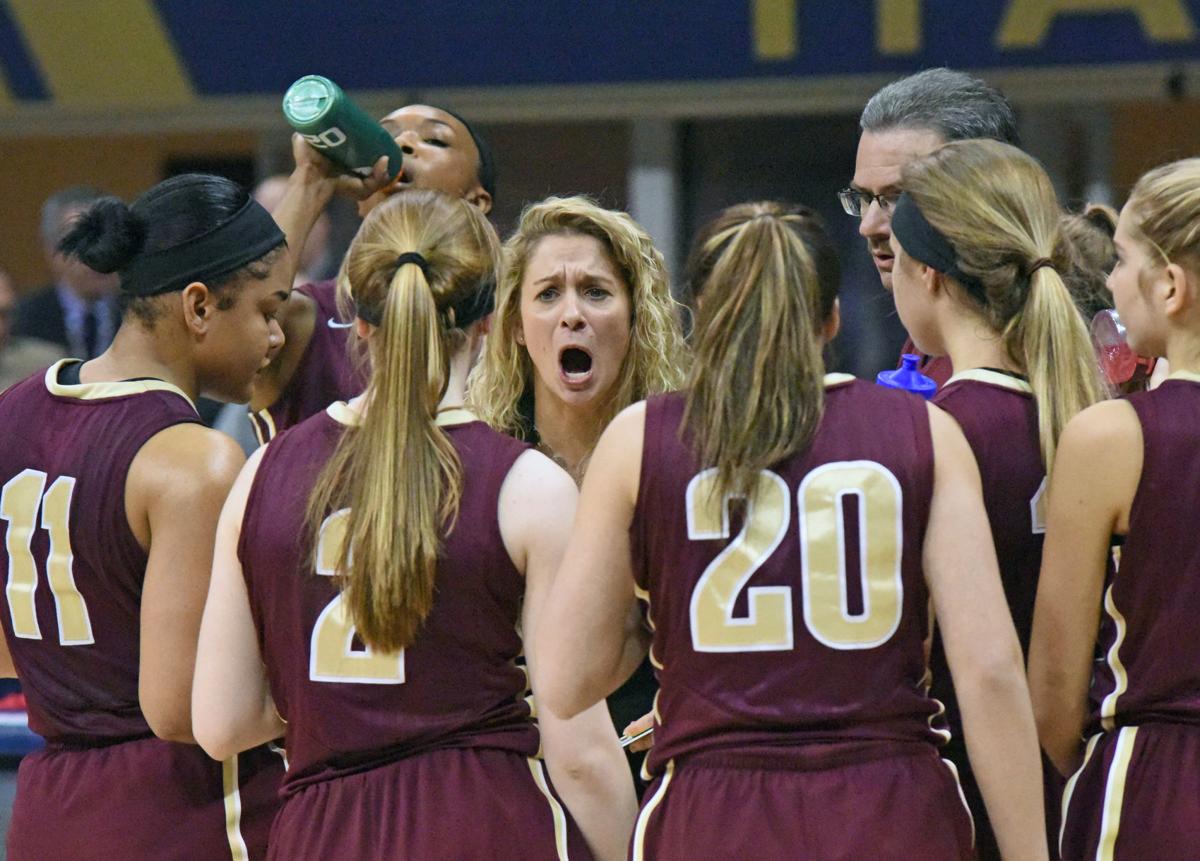 PITTSBURGH – There is a reason why Vincentian Academy girls basketball coach Ron Moncrief has been at the school 11 years and the Royals have been in the WPIAL finals nine times.

Understanding what other teams do well, learning from the past and making sure it doesn’t happen again, is how you win six WPIAL titles since 2010, like Moncrief has.

So instead of avoiding Williamson, the 6-2 Temple recurit who also leads the WPIAL in scoring, Moncrief and the Royals decided to attack her.

With Williamson playing with foul trouble most of the contest, and fouling out of the game with 6:19 remaining, Vincentian executed on the offensive and defensive ends to get revenge on Chartiers-Houston by defeating the Bucs, 62-47, in the WPIAL Class 2A championship game Thursday evening at the Petersen Events Center.

The Bucs will play the third-place team in District 10 in the PIAA playoffs next Friday at a site to be determined.

“We made mental errors,” said C-H coach Laura Montecalvo. “We committed fouls that we didn’t need to commit.”

Williamson, the only true forward for the Bucs, picked up her second foul with 2:11 left in the first quarter, and third on a charging call with 3:39 left before halftime, sending her to the bench until the break.

“It’s difficult because I can’t play my normal game,” Williamson said of her foul-riddled evening. “I have to try and do something I’m not comfortable with.”

Caroline Elliott, the Royals’ leading scorer, made her first basket on a layup to ignite a 7-0 run that ended with a three-pointer from Alana Walker, giving Vincentian a 25-22 halftiem lead.

“We started attacking the rim toward the end of the half,” Moncrief said. “I thought that carried us through to the end of the game. Up until that point, it was kind of a see-saw battle. We went on that 7-0 run and didn’t give up the lead the rest of the game.”

Altering her style, especially on defense, Williamson kept third-seeded Chartiers-Houston (19-6) in the game by scoring nine of the Bucs’ 10 points in the third quarter. She picked up her fourth foul with less than two minutes left on another charging call as Montecavlo looked from the bench in disbelief.

“We have a very, very short bench,” Montecalvo said about keeping Williamson in the game with four fouls to start the fourth quarter.

“That’s something we’ve battled. We are a very small school. I didn’t want to get us in a position where (Vincentian) went on an eight- or 10-point run. We don’t have any other post players. It was a no-brainer. I took a leap of faith.”

Even after Williamson exited with five fouls, the Bucs didn’t go away.

Jules Vulcano made a floater, then a free throw, and Keaira Walker grabbed a rebound that she turned into a layup to cut the Vincentian lead to 46-42 with 3:44 remaining.

“That’s what we’ve been asking them to do,” Montecalvo said about the secondary scoring C-H received.

Madison Simpson and Walker finished with 11 points and Vulcano had 10. Walker and Simpson grabbed nine and seven rebounds, respectively.

“It wasn’t quite enough. It seemed like every time we got a little bit of momentum we got called for a foul, something didn’t go our way or a bounce went their way. Sometimes that’s just the way the cookie crumbles.”

What also crumbled the Bucs was their free-throw shooting. Chartiers-Houston only made 5 of 15 from the foul line, all in the second half, while the Royals made 20 of 26. Vincentian made the free throws when they mattered, converting 14 of 16 in the second half.

“We work on free throws almost every practice,” said Elliott, who scored 12 of her 14 points after halftime.

“It’s an important part of our game. It was important to hit all of those.”

Desperate to not fall into an insurmountable deficit similar to last year’s title game, when Chartiers-Houston had a 17-4 lead after the first quarter, Eyster prevented it from happening again. Eyster made a trio of three-pointers in the first half that kept Vincentian within striking distance.

“Those big shots helped us out a lot, especially when we were down 4-0. I think that broke the ice,” Moncrief said. “The other threes we hit were timely.”

Chartiers-Houston turned it into a two-possession game three times in the first half with leads of four, four and five points, only have the Royals’ Olivia O’Brien keep it close with nine points in the opening two quarters

“In the first half, we looked flat and that’s completely on us,” Montecalvo said. “We had a couple of breakdowns on defense that game them a couple of threes. We just had a couple of blown responsibilities on the backside of our defense. They capitalized. Credit to them, their shooters shot well. Better than we actually anticipated. That’s what kept us from extending our lead.”

Williamson scores a career-high 51 points to lead the Bucs to a first-round PIAA win.