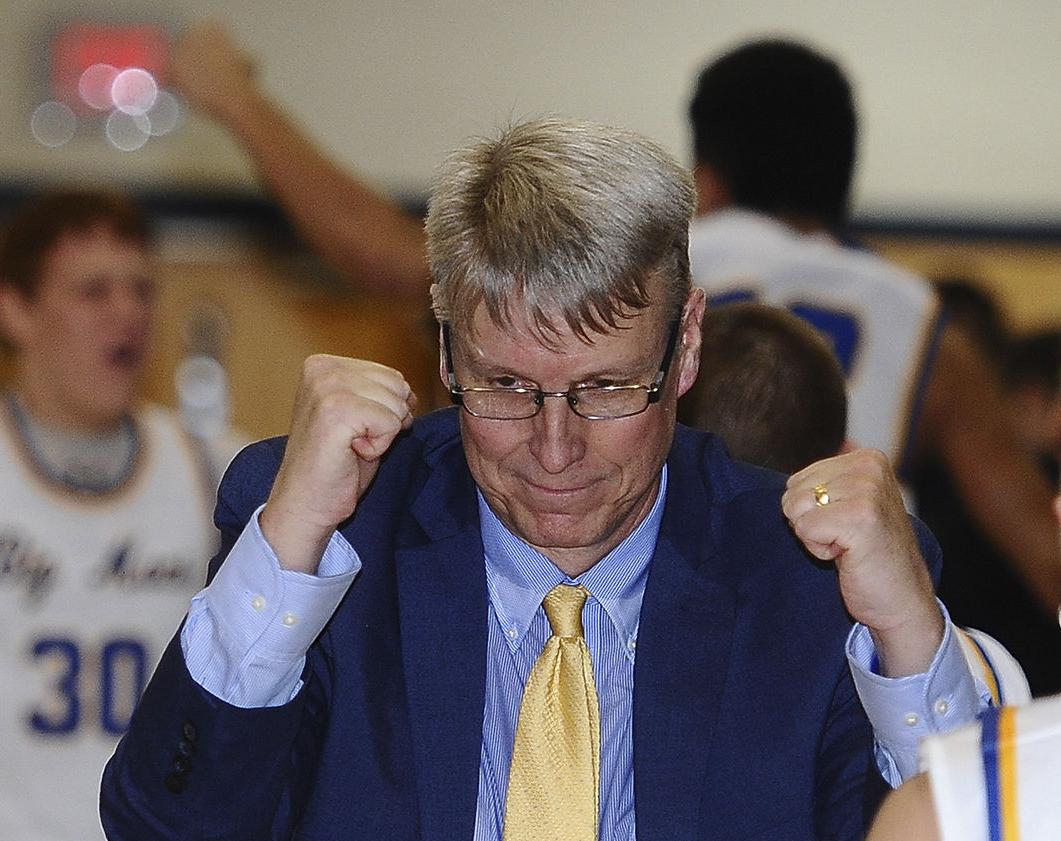 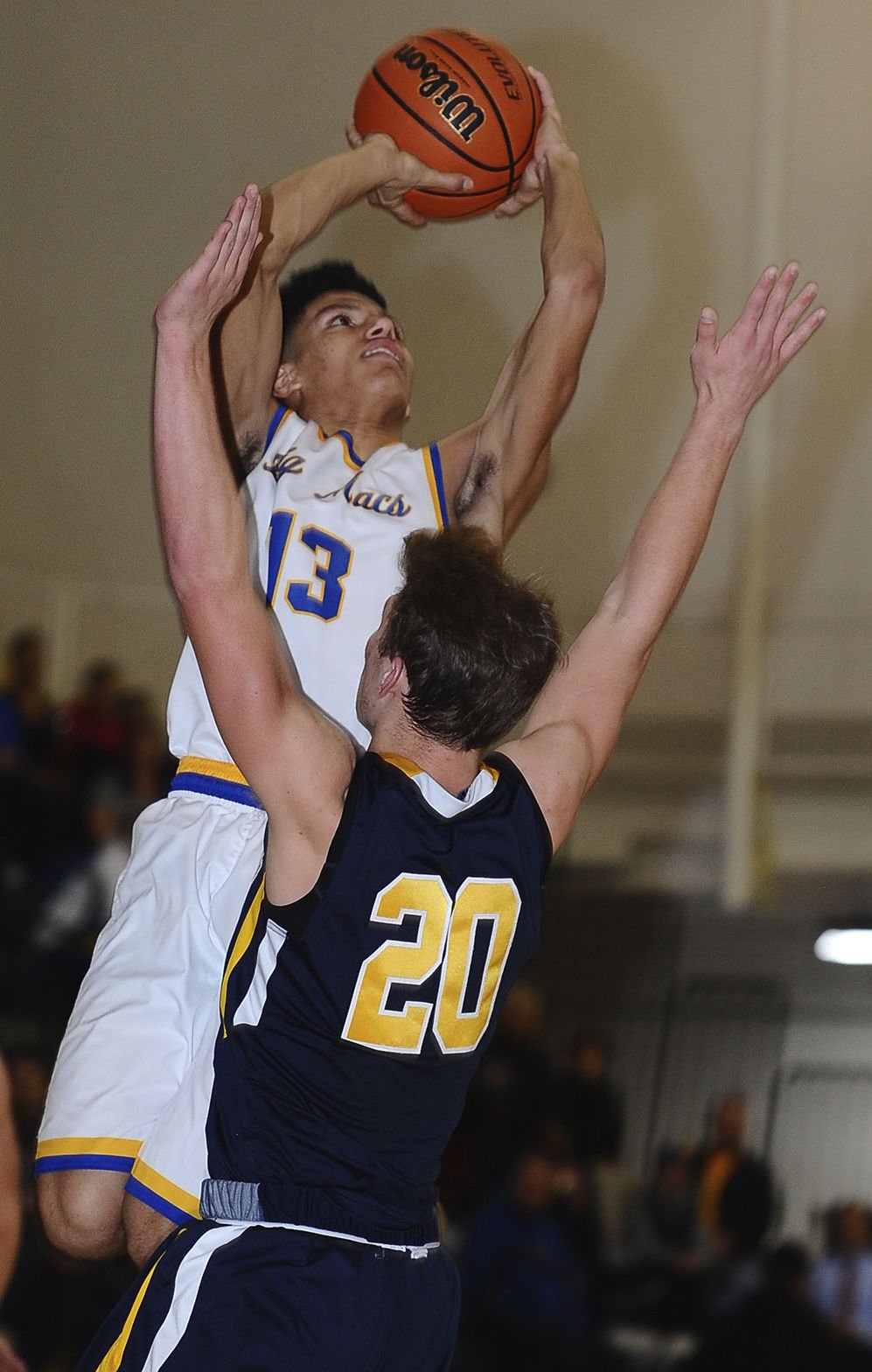 Kenyon Lewis converts a basket despite the defensive efforts of Mike Palmer. 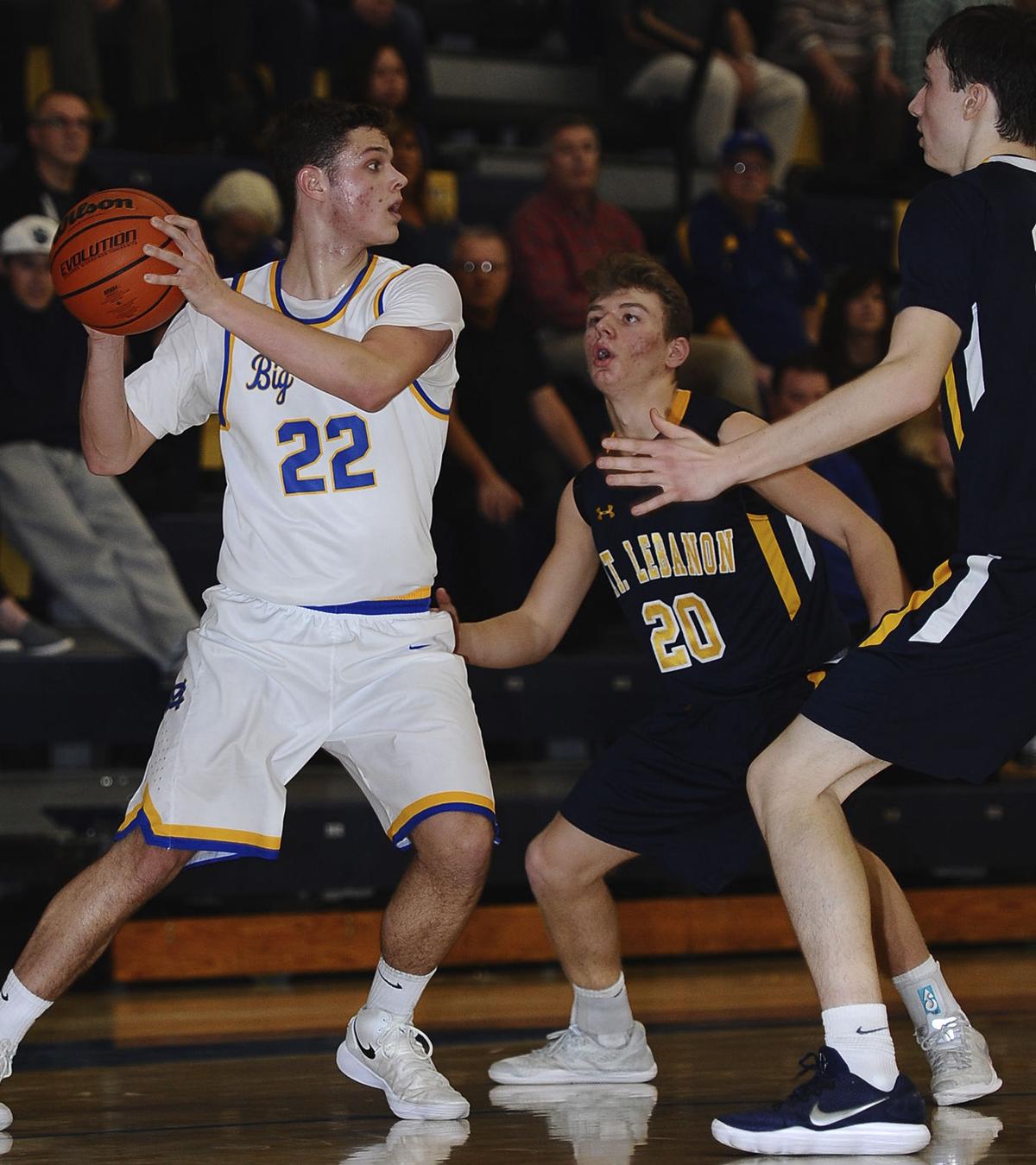 Ethan Beachy looks to pass the ball as he is boxed into a corner during action against Mt. Lebanon. The junior tossed in 14 points in the first half as Canon-McMillan built up a 20-point advantage. 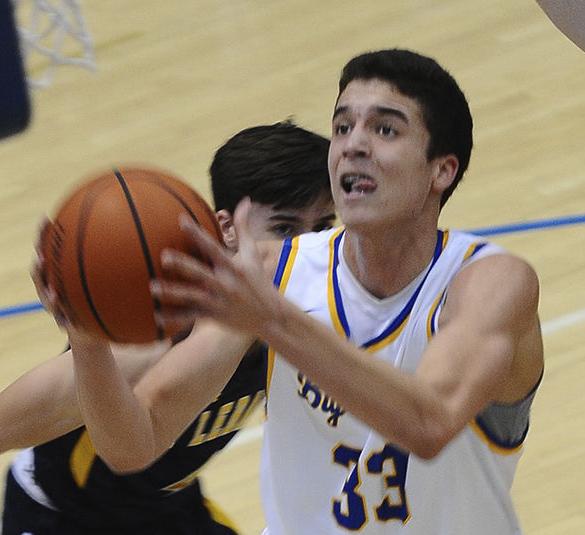 Canon-McMillan’s Elliot Waller, center, is one of three starters returning for the Big Macs this season. 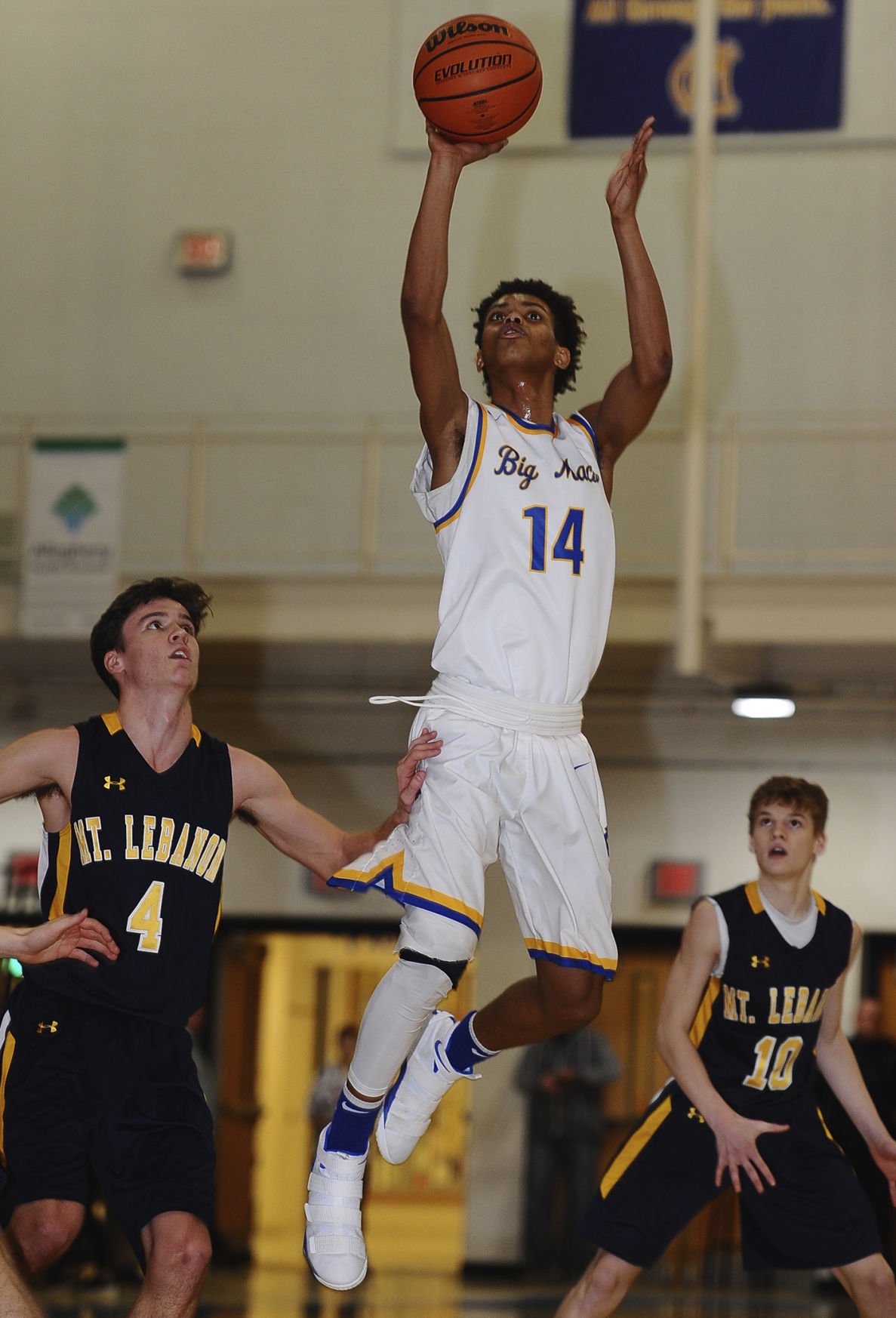 All eyes are focused on Jason Fowlkes as he soars to the hoop for a basket during Canon-McMillan’s 69-64 triumph over Mt. Lebanon.

Kenyon Lewis converts a basket despite the defensive efforts of Mike Palmer.

Ethan Beachy looks to pass the ball as he is boxed into a corner during action against Mt. Lebanon. The junior tossed in 14 points in the first half as Canon-McMillan built up a 20-point advantage.

Canon-McMillan’s Elliot Waller, center, is one of three starters returning for the Big Macs this season.

All eyes are focused on Jason Fowlkes as he soars to the hoop for a basket during Canon-McMillan’s 69-64 triumph over Mt. Lebanon.

CANONSBURG – When the Canon-McMillan boys basketball team entered the locker room for its Sunday practice, mostly consisting of non-stop shooting similar to Big Macs’ other practices, head coach Rick Bell laid an old banner in the middle of the locker room.

It was the banner that listed the Big Macs’ basketball section titles. The last, and only, year listed was 1973.

“I didn’t say a word,” Bell said. “I just put it right on the floor so they knew what they were potentially playing for tonight.”

Canon-McMillan was hosting section rival Mt. Lebanon with first place in Class 6A Section 2 on the line.

The Big Macs took action into their own hands Tuesday night as they made 9 of 16 three-pointers to spark a 21-3 run, lasting nearly seven minutes of the first half, and held off a late Mt. Lebanon rally to defeat the Blue Devils, 69-64.

“We didn’t feel like we could rely on anybody else in our section to beat them,” Bell said. “We had to do things to (Mt. Lebanon) that nobody has done to them yet. We had to make them feel uncomfortable. We had to make them play from behind because they are so used to jumping out on people. To beat a team like that, we had to shoot it well.”

Canon-McMillan (7-1, 13-1) checked off all the boxes in the first half as Ethan Beachy made four three-pointers and scored 14 points, including two back-to-back threes, to give the Big Macs a 30-13 lead with 5:24 left in the second quarter.

“We were really prepared to come out and knew exactly what we wanted to do,” Beachy said. “My teammates were able to penetrate and then find me open. I was getting those open looks and just knocking them down. We came out with a big punch.”

That first-half punch nearly served as a knockout to Mt. Lebanon (6-1, 14-3), which has been accustomed to playing with a lead much of the season, including in the Blue Devils’ victory Dec. 19 over C-M, 63-52.

“We have had a big lead in the first half but it hasn’t been in a while,” Bell said. “Our defense always gives us a chance to win the game. We pressed them (tonight). We didn’t press them the first time because we didn’t think we could. The key to the game was we had to make them score five-on-five baskets.”

Canon-McMillan’s press didn’t force many turnovers but it did force Mt. Lebanon’s up-tempo pace – the Blue Devils average 71.3 points per game – to slow.

“They didn’t expect us to come out like that,” said C-M senior guard Jason Fowlkes. “Getting a lead like that was big because it shocked them. We had all the energy and momentum.”

Mt. Lebanon, a team known for not being afraid to take its fair share of three-pointers, was not going to go away quietly.

Dangerous three-point shooting guard Antonio Garofoli made his first two baskets of the game from behind the arc in the first 90 seconds of the third quarter to jump-start a 20-14 scoring advantage for the Blue Devils. Garofoli scored eight of his 11 points in the third quarter.

Mt. Lebanon chipped away at the deficit throughout the fourth quarter, eventually cutting it to five points, 66-61, with 55 seconds left after consecutive three-pointers by Hayden Mitchell, who finished tied with a team-high 18 points.

It would be the closest the Blue Devils would get.

Fowlkes cut short almost every Mt. Lebanon comeback with a basket of his own, scoring 18 of his 24 points after halftime. The senior guard had 10 of the Big Macs’ 14 points in the third quarter, and eight of 17 in the fourth.

“I was able to get to the rim,” Fowlkes said. “I saw the lanes and gaps in their defense and then, most importantly, was able to finish. This game meant a lot. We lost to them earlier in the season and twice last year. We had a chip on our shoulder. We needed to win to even think about making a run at being section champs.”