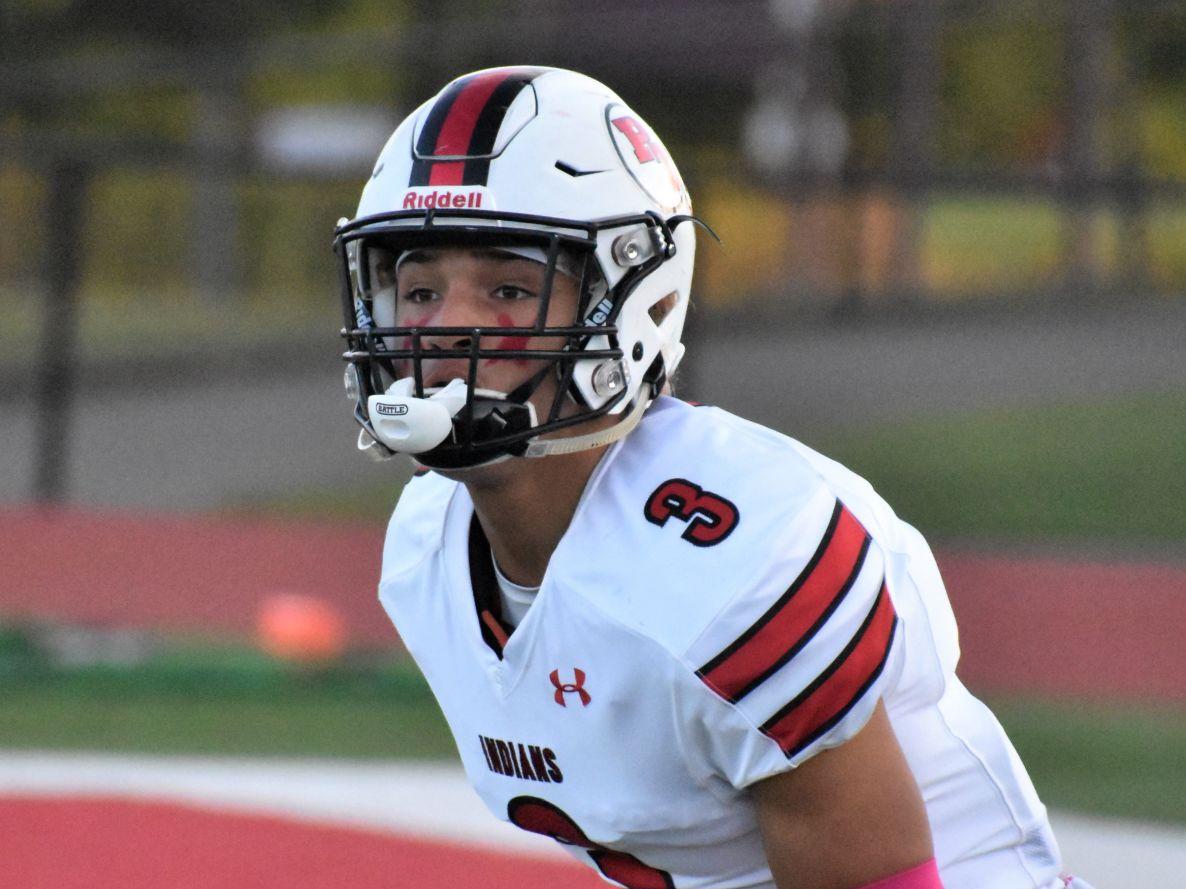 Peters Township safety Donovan McMillon has ties to the state of Florida. Though his relatives there are Florida State fans, McMillon committed to Florida. 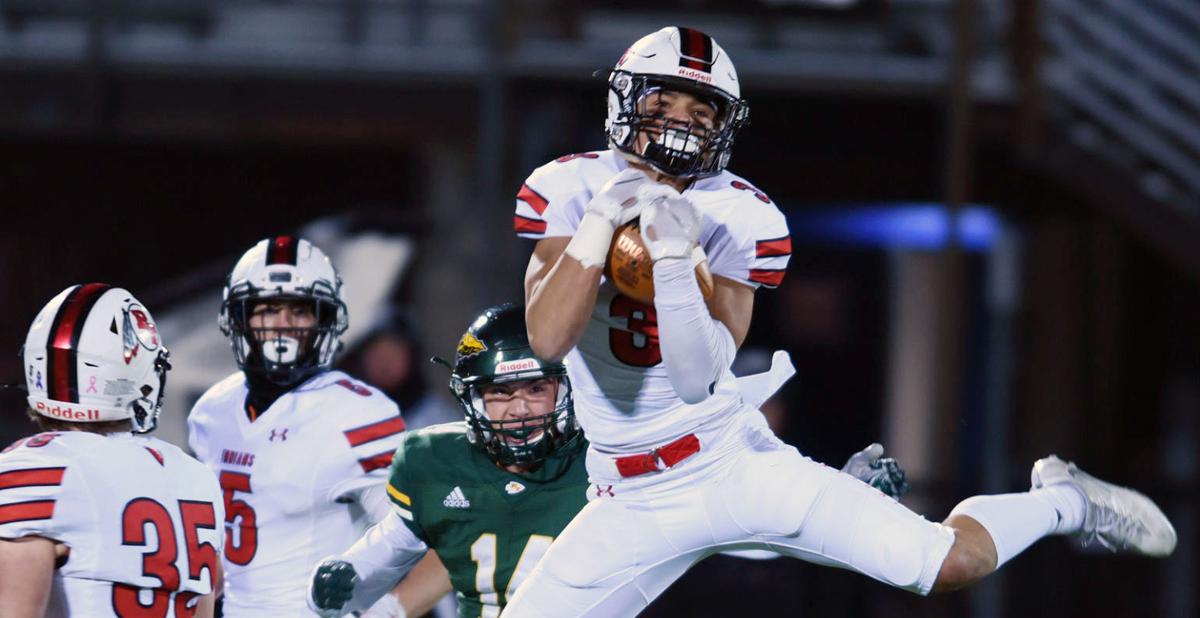 Peters Township’s Donovan McMillon makes an interception during a WPIAL Class 5A semifinal game against Penn-Trafford.

Peters Township safety Donovan McMillon has ties to the state of Florida. Though his relatives there are Florida State fans, McMillon committed to Florida.

Peters Township’s Donovan McMillon makes an interception during a WPIAL Class 5A semifinal game against Penn-Trafford.

The shoe collection Donovan McMillon started in middle school has continued to grow. He even bought some of those shoes years back a few sizes too big, hoping one day he would fit into them.

Growing is all the Peters Township football wide receiver and hybrid defender has seemed to do over the last two years.

“My mom always told me if I just stayed patient that my time will come,” McMillon remembers. “I would always tell her there is no way. I’m just always going to be a small kid. I was always the smallest. That was until two summers ago.”

McMillon has been coming up big for the Indians in their first run to a WPIAL championship appearance. Peters Township will play Gateway Saturday night for the WPIAL Class 5A title at Norwin High School.

Kickoff is scheduled for 6 p.m. It is the second final of the day as Washington plays Avonworth in the Class 2A championship at noon.

The 6-2, 187-pound McMillon had his fourth forced fumble this season late in the third quarter that was recovered by teammate Ryan Magiske and taken for a 43-yard touchdown in a 28-10 win over top-seeded Penn-Trafford last Friday. He also intercepted a pass in the first half from his nickel cornerback spot, which is called “hawk” in the Peters Township defense. McMillon has the athleticism – he also is a wrestler – to play outside linebacker and set the edge or play man-to-man with opponents’ wide receivers.

“That’s par for the course here at Peters Township,” said coach T.J. Plack. “It’s what makes us so special and versatile on defense. He is still growing into his body. He’s wiry and long. He is extremely positive and energetic and opportunistic. You can see that on the field. He is all over the place.”

The five-turnover performance by Peters Township’s defense finished a two-day whirlwind for the junior. The night before, McMillon walked into Pitt football coach Pat Narduzzi’s office and was offered a scholarship – a far cry from being a freshman and having no dietary restrictions to keep for his 130-pound frame for wrestling.

In the last two years, McMillon has grown seven inches and added more than 55 pounds. In his first two seasons wrestling for the Indians, he has a 60-14 overall record. Yet, football is where his heart lies.

“Football has always been my favorite,” McMillon said. “But sure, knowing how to shoot a double-leg takedown on someone that is trying to stop you from taking them down helps.”

It’s a tackling technique that paid dividends when he made a fourth-down stop last season against rival Canon-McMillan. A special teams player up until that point, McMillon started the next week on Peters Township’s defense and hasn’t looked back.

After finishing third on the team with 42 tackles as a sophomore, McMillon leads the Indians with 78 tackles this year.

“Halfway through last season, it showed that he was a guy we needed to keep on the field,” Plack said. “Our defensive staff did a great job and went to a five defensive back system just to get our best 11 on the field. Our defensive backs can all cover and tackle. He’s got that wrestling background and a work ethic and a desire to be good. He doesn’t have an off button.”

That has continued to lead to college coaches taking notice. His first offer was from Akron but he has recently visited Power 5 programs in Virginia Tech and Purdue over the last few weeks as Peters Township has played its best defense.

In the last six weeks, the Indians’ first-team defense has allowed just 24 points, limited Mars running back Teddy Ruffner – the WPIAL’s second-leading rusher at the time – to four yards, shut out Moon and kept Penn-Trafford to its fewest point total in a single game all season.

“It’s always been our dream (to get to this point),” McMillon said. “We’ve put in a lot of hard work in 7-on-7s, in the weight room and in practice. We’ve been playing insane on offense and defense. It’s all come together.”

Another typical defensive performance from Peters Township and McMillon, and it could lead to them calling themselves WPIAL champions for the first time in program history.