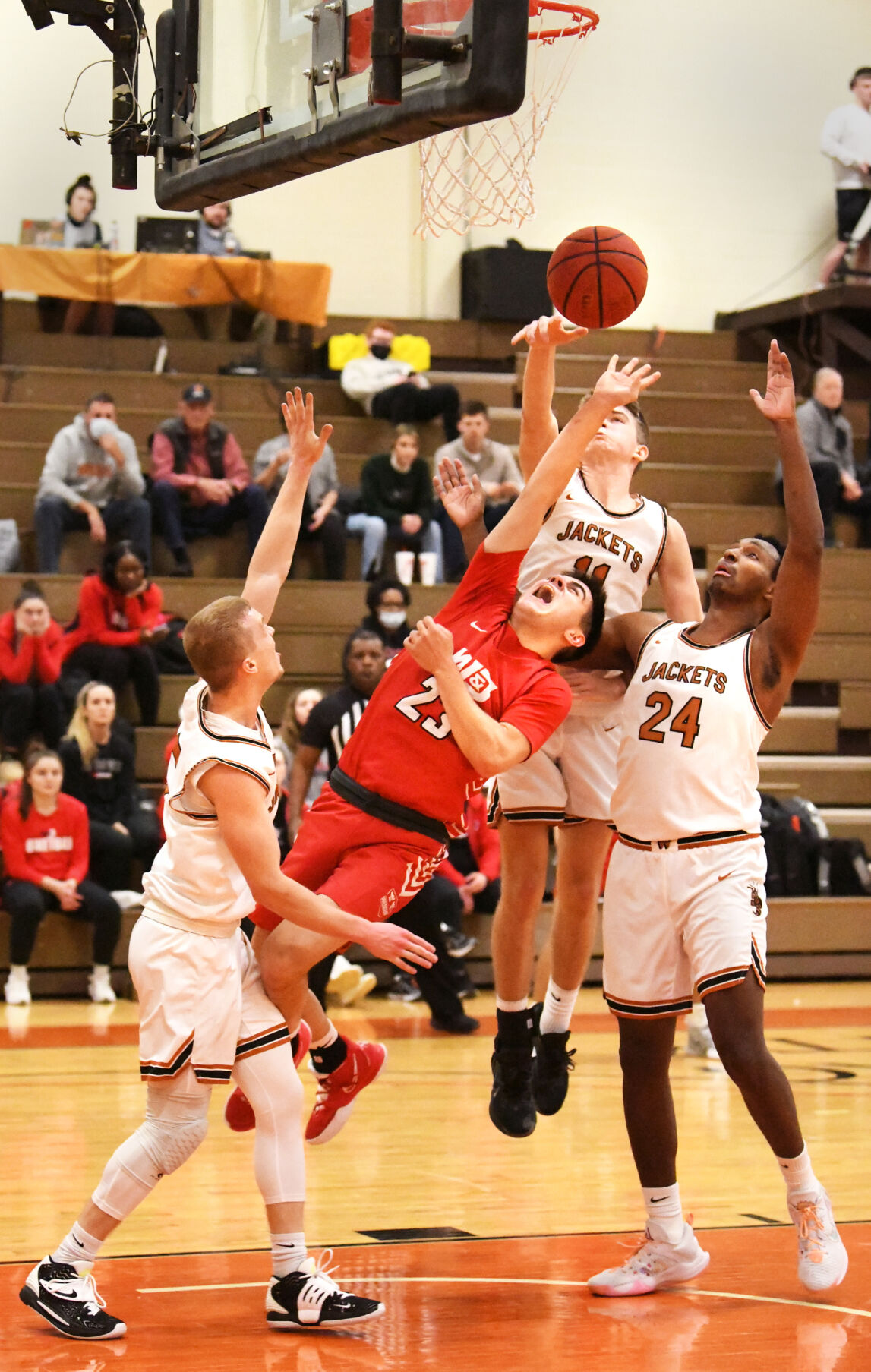 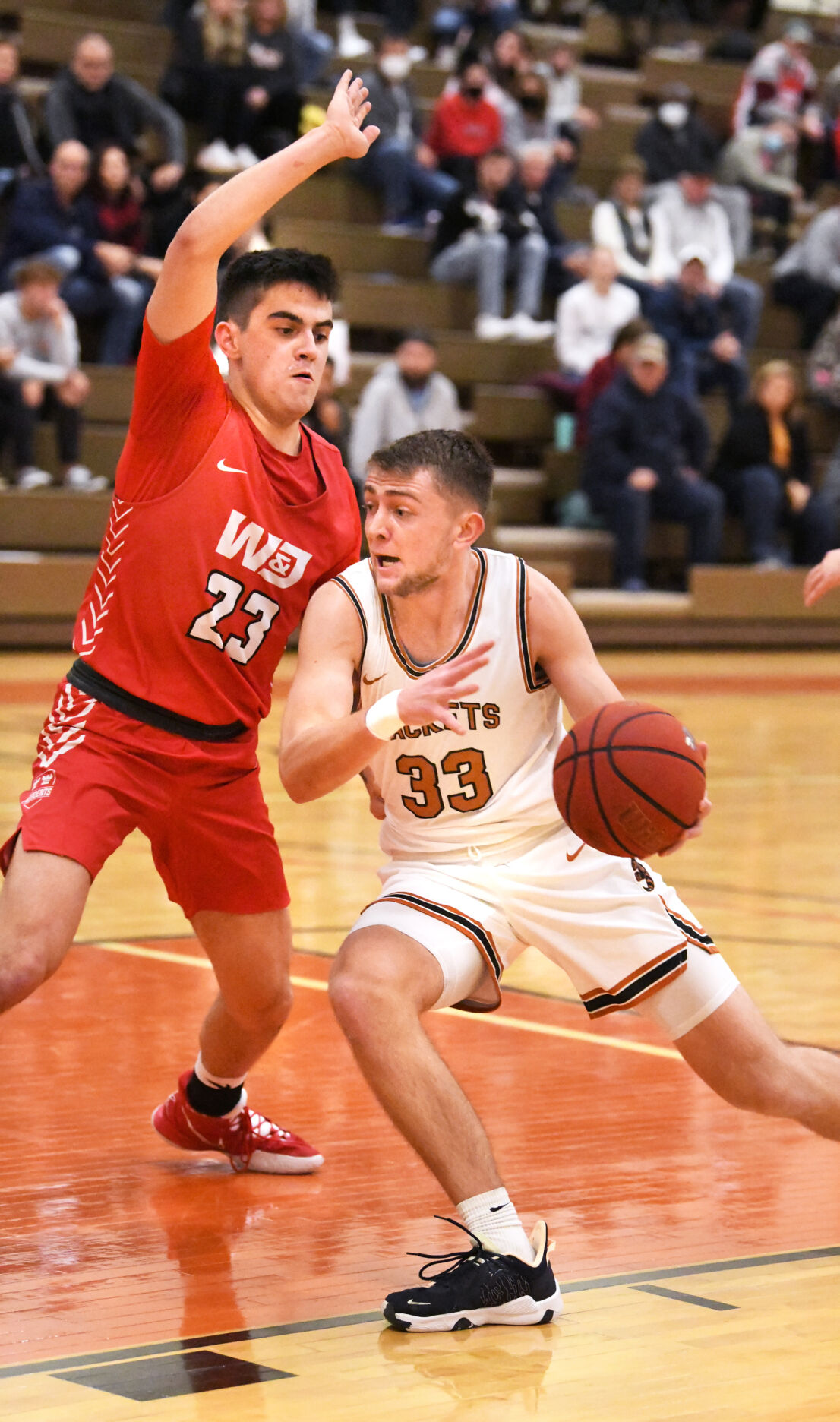 W&J’s J.R. Mazza (23) sets a firm defense as Waynesburg’s Jake Scheidt works for position during the first half Wednesday night. 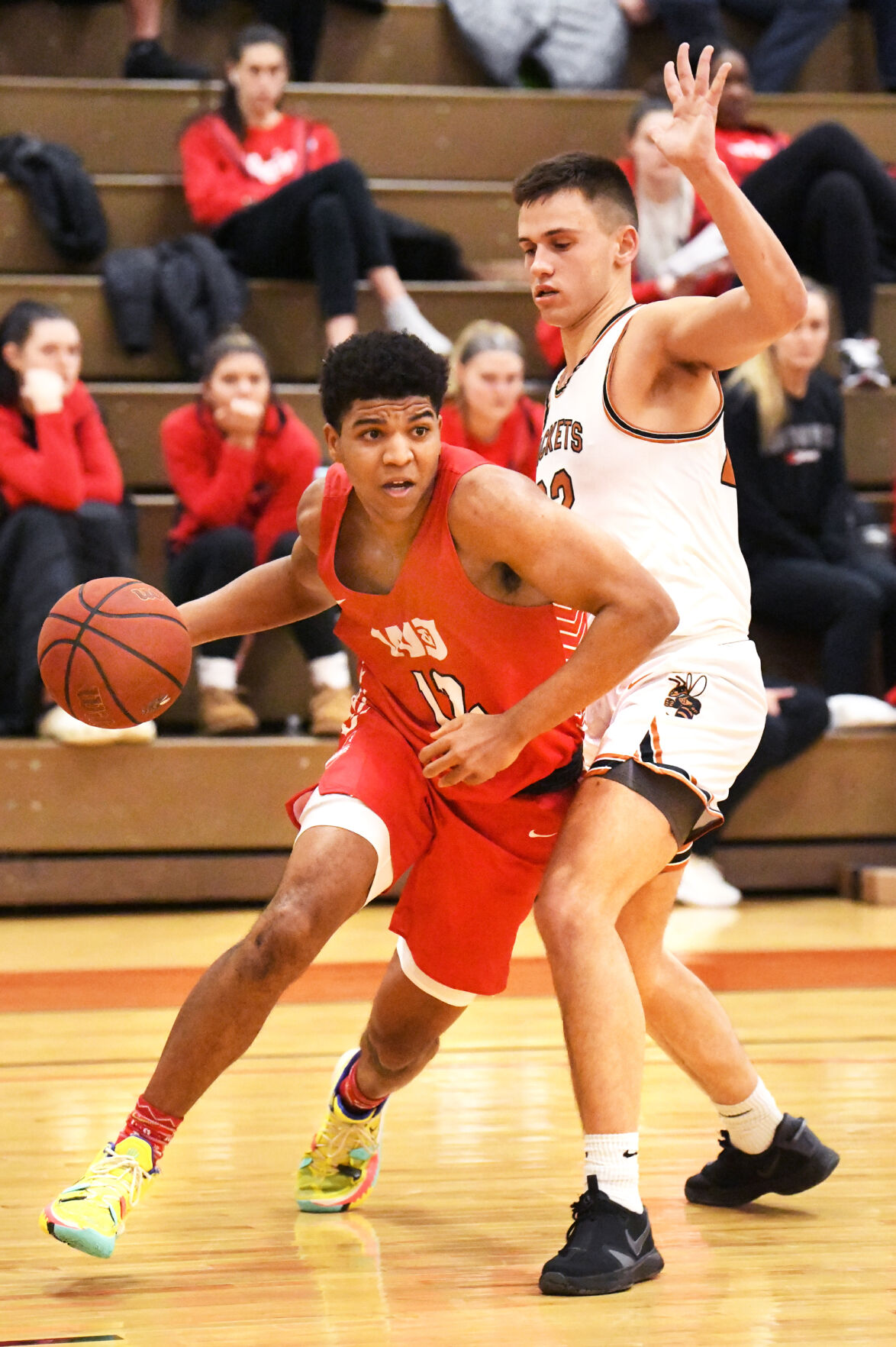 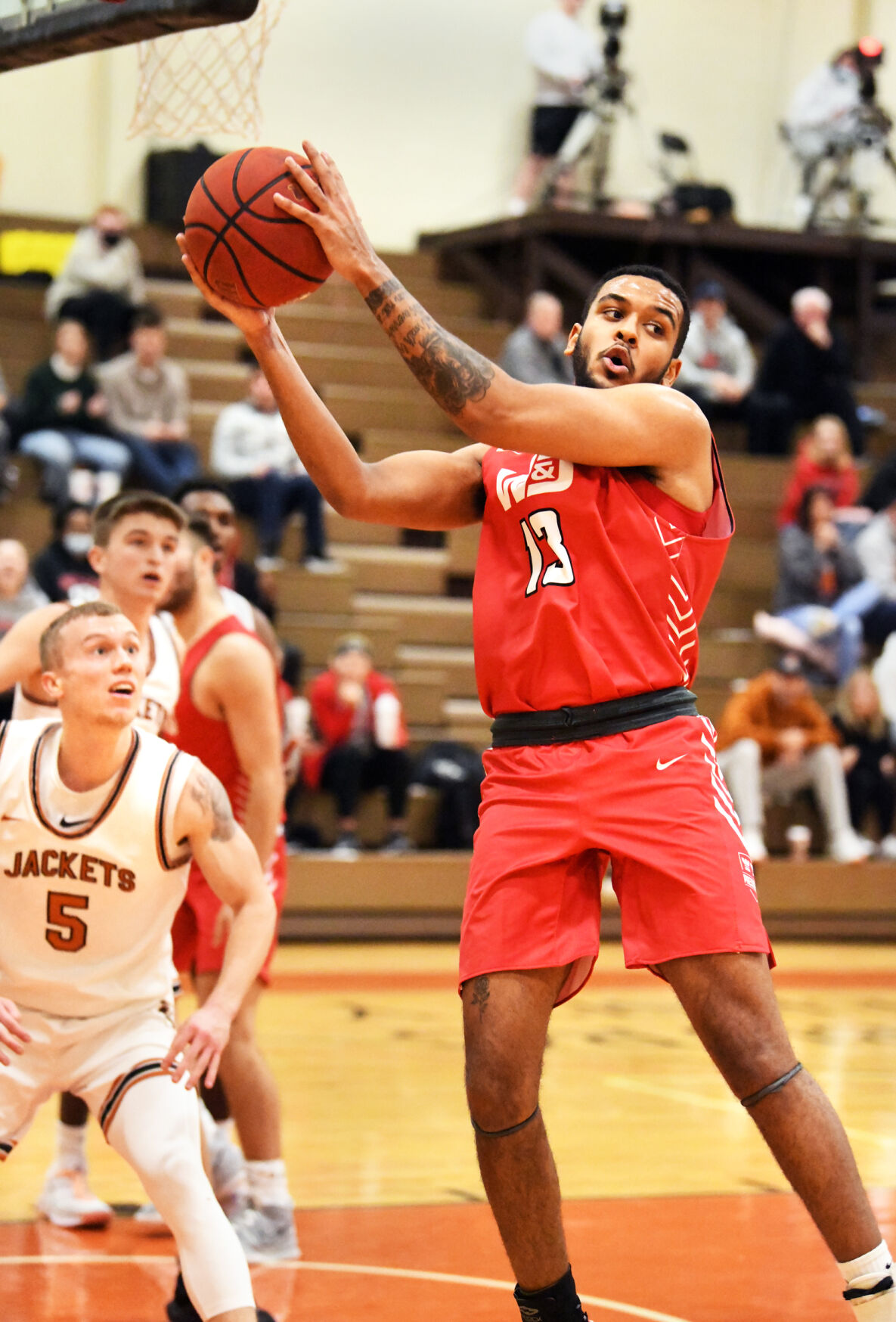 W&J's Isaiah Langston pulls down a rebound and looks for an outlet.

W&J’s J.R. Mazza (23) sets a firm defense as Waynesburg’s Jake Scheidt works for position during the first half Wednesday night.

W&J's Isaiah Langston pulls down a rebound and looks for an outlet.

WAYNESBURG – Basketball fans who like scoring would have wanted to shield their eyes.

Those who like a crisp, clean game would have cringed at times.

But for those who enjoy defense, fouls, missed foul shots and, well, ugliness at times, this was their game.

His team got the win, and a big one at that on the road at rival Waynesburg to take over sole possession for first place in the Presidents’ Athletic Conference, 61-52, Wednesday night.

A stereotypical “first-to-50” style game isn’t a favorite of W&J, who came into the night leading the PAC in scoring offense.

“They did a great job dictating the terms of the game with the tempo,” Stewart-Smith said. “I’m just proud of our effort in the second half. Guys came out and competed.”

It was Greene County vs. Washington County. The Pack Line defense vs. the press, and No. 1 vs. No. 2 in the PAC. The Jackets lived up to their defensive reputation in the first half, holding the Presidents to 6-for-33 from the field and 1-for-14 from three-point land.

Waynesburg never trailed at any point in the first half, jumping out to an 18-6 lead and leading 28-20 at the break. Nijon Kirkman led the Jackets with 12 points and seven rebounds. Kirkman ended the game with a game-high 14 rebounds, but he only had two points in the second half.

In the second half, Waynesburg led 30-21 and then went almost 12 minutes without a field goal.

W&J stayed in it and took its first lead of the night on a J.R. Mazza three-pointer with 9:37 left.

The Presidents never gave up that lead.

The game was to Waynesburg’s style, and W&J missed 12 of 33 foul shots. But it mattered not.

Waynesburg led for 28 minutes and eight seconds of the 40 minutes game but couldn’t finish the job.

Washington High School graduate Matt Popeck had 14 points for Waynesburg but shot just 5-17 from the field and 0-8 from three.

Popeck averages 21.8 points per game, so holding him to 14 is something the opposition will always take.

“He’s a special player. He’s finally back to 100 percent (after knee surgery),” Stewart-Smith said. “I think he’s back to (being) the player that people remember at Wash High now. I’m happy that he’s back to himself, but I’m glad that we excuted our coverages and made it tough on him tonight.”

“They did a good job on him,” Waynesburg coach Tim Fusina said.

“They switched on him. They were denying him outside the arc a little bit. I thought they did a nice job on him, being physical with it... Across the board, we didn’t take good shots.”

For W&J, Kyron Mitchell had 17 points and 12 rebounds to lead the way. Michael Bigley and J.R. Mazza each had 16 points.

Waynesburg’s road back to the top of the PAC begins Saturday, Jan. 15 at Geneva. Tipoff is at 7:30.

W&J will look to keep it going this Saturday afternoon against Grove City. Tipoff is also at 3:30

“I love our team,” Stewart-Smith said. “I love our versatility, and I think that we can win any game, any style, any time.”

In the women’s game, Washington & Jefferson fought off a pesky Waynesburg team, 75-64.

Waynesburg’s Kacey Kastroll led all scorers with 21 points, and Marley Wolf (13) and Brooke Fuller (13) added double figures for the Jackets.

For W&J (5-0, 8-3), which remained atop the PAC standings, Kamryn Lach led the way with 18 points, Aleena McDaniel added 15 and Maddi Gutierrez another 12. The Presidents won the game with long-range shooting, making 11 of 26 three-pointers, including four by Lach.

W&J’s next game is scheduled for Saturday at Grove City.