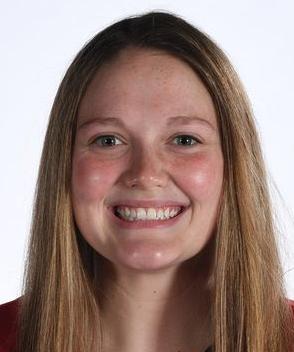 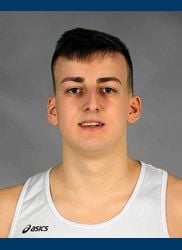 Mary Dunn’s phone rang. It was her coach, John Barnes.

It was not a surprise the Youngstown State University women’s basketball coach called. It was Dunn’s 22nd birthday.

Dunn played the first four games of last season – her senior season at YSU – before succumbing to problems with her right meniscus and eventually undergoing surgery. The 6-3 Trinity High School graduate and Washington native never made a full recovery before the end of the season.

She waited on the NCAA, wondering if she would get a fifth year of eligibility to play for the Penguins.

Barnes received the email from the Indianapolis office and called Dunn to tell her she’d be coming back.

“We were pretty confident it was going to go through,” Barnes said. “With the (COVID-19) pandemic going on, it pushed all of the NCAA things back. It was starting to wear on her and her family and obviously our staff and our program. She’s obviously a huge part of what we do.

“It was a big relief to get the email that she has been cleared.”

To get a medical redshirt, a basketball player must not have participated in more than three contests or 30% of their season schedule (whichever is greater) and not after the halfway point of the season.

“We all thought it was going to happen, but there was that little bit of fear that it wouldn’t happen and all my plans would have to change,” Dunn said. “It was a big relief and super excited to finally get going officially.”

Dunn averaged 17 points a game in the first four contests, including a career-high 30 points in a come-from-behind win against Eastern Michigan.

A McGuffey graduate, Maxwell was a three-time Presidents’ Athletic Conference champion, including twice in the indoor season (2019 and 2020) and the 2019 outdoor season. He did not get a cahnce to defend his outdoor title because of the COVID-19 pandemic.

Maxwell was the men’s track and field senior team representative for Westminster’s David B. Fawcett Award.

Penn State lefthander Bailey Parshall was ranked the No. 10 pitcher in the nation in the shortened 2020 season, according to statistical analytics conducted by the website d1softball.com.

A Belle Vernon graduate, Parshall pitched in 20 of Penn State’s 26 games this spring, starting 13 contests. She had a 7-6 record, one save and a 2.51 ERA and struck out 129 batters in only 89 1/3 innings. She issued just 18 walks and opponents batted .232 against Parshall, who pitched Belle Vernon to the 2015 WPIAL Class 3A championship.

A sophomore, Parshall is eighth in Penn State history in strikeouts with 313 and is tied for No. 3 in program history with six saves in less than two full seasons.

Hunter Neely of Cokeburg was named the winner of Washington & Jefferson’s Walter C. Cooper Senior Athlete Award. The award is given annually to the top senior male athlete.

A Bentworth graduate, Neely won the NCAA Southeast Regional championship at 174 pounds, making him the Presidents’ first regional winner since national champion Nick Carr at 157 pounds in 2015. Neely went 5-0 in the 174-pound bracket to take the title. He compiled 116 career wins, which ranks as the fourth most all-time at W&J. Neely had a 29-4 record as a senior and became the fifth W&J wrestler to be a four-time Presidents’ Athletic Conference champion. He finished as a two-time NCAA qualifier and a 2020 regional champion.