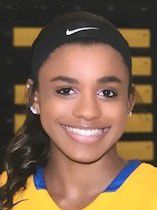 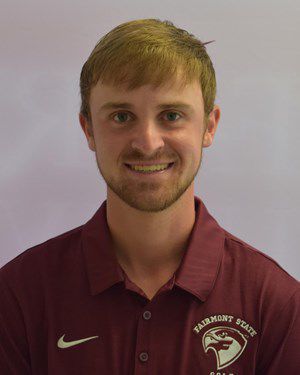 Tamara Mathis has made quite an impact at Ursuline College. And it didn’t take her long to do so.

Mathis, a freshman from Canonsburg and a Canon-McMillan graduate, was recently Ursuline’s 2019-20 Athletic Department Newcomer of the Year.

Ursuline is an NCAA Division II member and located in Pepper Pike, Ohio.

Mathis, a point guard for the women’s basketball team, had a strong freshman season for the Arrows. She led the team in scoring (11.2 points per game), assists (4.8) and steals (2.0). She also shot 42 percent from the field and 66 percent from the free-throw line.

Mathis scored a career-high 21 points, to go with seven assists, in Ursuline’s season finale, an 88-79 loss to Malone.

Though only 5-8, Mathis had four games with double-digit rebounds and finished second on the team in rebounding, averaging 5.7 per game.

Because of the COVID-19 pandemic that canceled the majority of the spring season, the All-MEC golf teams were selected based on results from the MEC Golf Championships last October at Glade Springs Resort in Daniels, W.Va.

Barrish shot a three-day total of 229 at the fall championships and finished in a tie for 11th place.

The Fairmont State men’s team began the spring portion of its schedule by competing at the Battle at Hilton Head, which was played at Arthur Hills-Palmetto Dunes Oceanfront Resort. Barrish turned in a top-30 finish for the Falcons with a three-round score of +15, which put him in a tie for 27th place in the tournament. Barrish shot a 75 in the opening round.

The remainder of the Falcons’ spring scheduled was canceled.

Washington & Jefferson’s Adam Jaworski, an infielder from Peters Township, had his senior season with the Presidents cut short. Jaworski was a four-year member of the team and appeared in 61 career games (28 starts).

He had 22 career hits and 14 RBI. He slugged his first collegiate home run in what turned out to be his final game, March 13, against Wooster.

Seto earned honorable mention. She was one of 14 players to be recognized and one of only two players from the Presidents’ Athletic Conference.

The junior saved her best for the postseason as Seto averaged 25.3 points and 15.3 rebounds in three PAC tournament games. Seto’s efforts propelled the Presidents into the PAC championship game for a third straight season.

Seto scored a career-high 32 points and pulled down 13 rebounds to help the Presidents defeat top-seeded and host Saint Vincent in a 74-53 victory in the PAC semifinals. During the victory over the Bearcats, Seto became the 19th player in program history score 1,000 career points. She followed that with a 25-point, 15-rebound effort in the championship game against Grove City.

The junior posted 10 double-doubles during the 2019-20 season. She registered at least 15 rebounds in five separate games, which included a career-high 21 boards in a road win over Chatham on Feb. 1. Seto scored in double figures 26 times in 28 games this season. She opened the season with 22 points and 20 rebounds in a non-conference win over NCAA Tournament qualifier La Roche. Seto had 18 points, eight rebounds and five steals on Nov. 23 against Baldwin Wallace, a team that advanced to the NCAA Sweet 16.