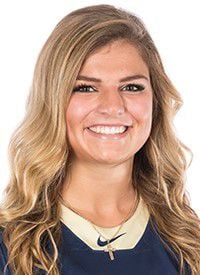 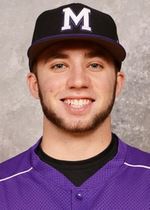 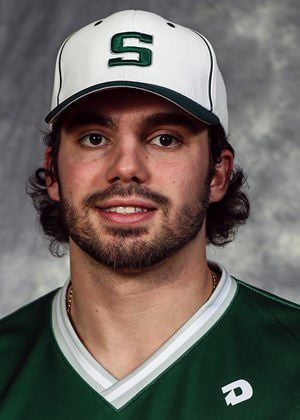 The number of high school athletes who go on to participate in sports at the college level is small, a mere seven percent. The NCAA reminds us of this fact in its television commercials during the NCAA basketball tournament telecasts.

Of that seven percent, only a few talented athletes eventually earn the title of national champion.

One such person is McDonald native and Fort Cherry graduate Zak Dysert, who recently completed his senior year at Baldwin Wallace University.

Dysert won the NCAA Division III national championship in the hammer throws at the D-III Track & Field Championships held at the SPIRE Institute in Geneva, Ohio.

Dysert capped off his stellar career as an All-American and national champion. Sitting in fourth place with only one attempt remaining in the finals, Dysert won the national title with a throw of 203-5½, which held up for the remainder of the competition. It was the eighth event this year in which Dysert won the hammer throw.

He is the fourth athlete in Baldwin Wallace men’s track and field history to win an individual national title and the first since 2014. Dysert also is the first B-W hammer throw All-American since 2016 and the first Yellow Jacket to win a national championship in the event.

Pitt shortstop Olivia Gray, a Washington native and Trinity graduate, was named to the All-Atlantic Coast Conference Academic Team for the fourth time, making her the first student-athlete in Pitt history to do so. She is also only the second student-athlete in school history to accomplish the feat in four seasons, joining former football player Adam Bisnowaty.

“Olivia Gray is a special and remarkable individual who exemplifies the gold standard of Pitt athletics,” said head coach Jodi Hermanek. “We are proud that she represents Pitt softball alongside her teammates and among her academic peers.”

She ended her outstanding career with multiple marks in the program record book. Gray holds the single-game assist record with 10 against Central Florida in a 2017 game, and finished the 2018 season ranked third in program history for single-season assists with 173.

Point Park’s Katie Tarr was named the River States Conference Pitcher of the Year. The award winners were recognized at the RSC Softball Championships in Vienna, W.Va.

Tarr, a junior righthander and a Burgettstown graduate, had a stellar season, dominating the competition with 182 strikeouts and only 30 walks in 115 innings. She had a 10-6 record and a 1.28 ERA. Tarr was even better in RSC play with a 7-1 record, an 0.67 ERA, 105 strikeouts and only 11 walks in 62 innings. In conference play, opponents hit only .190 against Tarr.

Tarr earned all-conference first-team honors for the second consecutive year. She ranked fourth in the NAIA in innings pitched per game at 6.4, and her 1.28 ERA ranked 17th in the country. She led the RSC in ERA (1.28) and strikeouts per game (11.1) and was second in opponent batting average (.219).

Penn State pitcher Bailey Parshall finished her freshman season by leading the Nittany Lions’ pitching staff in wins, saves and strikeouts. Parshall, a standout lefty in high school at Belle Vernon, had an 11-17 record, a 3.20 ERA, five saves and 184 strikeouts in 168 1/3 innings. She walked only 46 batters. Opponents batted only .245 against Parshall.

It is the second consecutive season that Johnson received All-America honors by Fastpitch News. She was the only student-athlete from the Presidents’ Athletic Conference to make the list this year.

The honor is another in a long list of recognitions for Johnson since the conclusion of her senior campaign. Johnson, a native of orland Park, N.Y., was selected as an NCAA Division III Second Team Softball Google Cloud Academic All-America by the College Sports Information Directors of America, becoming W&J’s 54th Academic All-American since 1978 and the 14th President to be named an Academic All-American honors multiple times.

Following a terrific final month of her collegiate career, Johnson picked up Division III Player of the Month honors from the Eastern College Athletic Conference (ECAC).

Mary led the Purple Raiders in ERA (1.94) as he closed out his senior season with a 5-1 record and was second in the Ohio Athletic Conference in strikeouts with 78. Mary holds the record for most career innings pitched at Mount Union with 281 2/3.

It is the second time in Mary’s career that he has earned All-American honors (2017) and is the only Mount Union player in program history to be selected twice.

Pitcher Deven Judy was named to the first team and outfielder Jared Beach was selected to the second team.

Judy, a Belle Vernon graduate, emerged as one of the nation’s best starting pitchers in the latter portion of the season. He had an 8-0 record and threw four complete games and limited opponents to just eight hits over his final three starts.

Beach, a Canon-McMillan graduate, set Gannon’s single-season home run record with 14. He finished among the conference leaders with a .645 slugging percentage and had 10 multi-hit 10 games. Beach was a mainstay in the cleanup spot of the batting order.

A senior from McMurray and a Peters Township graduate, Jezioro earned his first all-conference award on the heels of a dynamic year at the plate atop The Rock’s batting order. One of four players to start all 43 games for Slippery Rock, Jezioro batted .355 with 42 runs, eight home runs, 24 RBI, 12 stolen bases and a .479 on-base percentage. Defensively, he tied for the team lead in assists among outfielders with three. Jezioro ranked second in the PSAC West in runs, second in doubles, third in hits (54), fourth in on-base percentage, sixth in walks (26) and seventh in batting average.