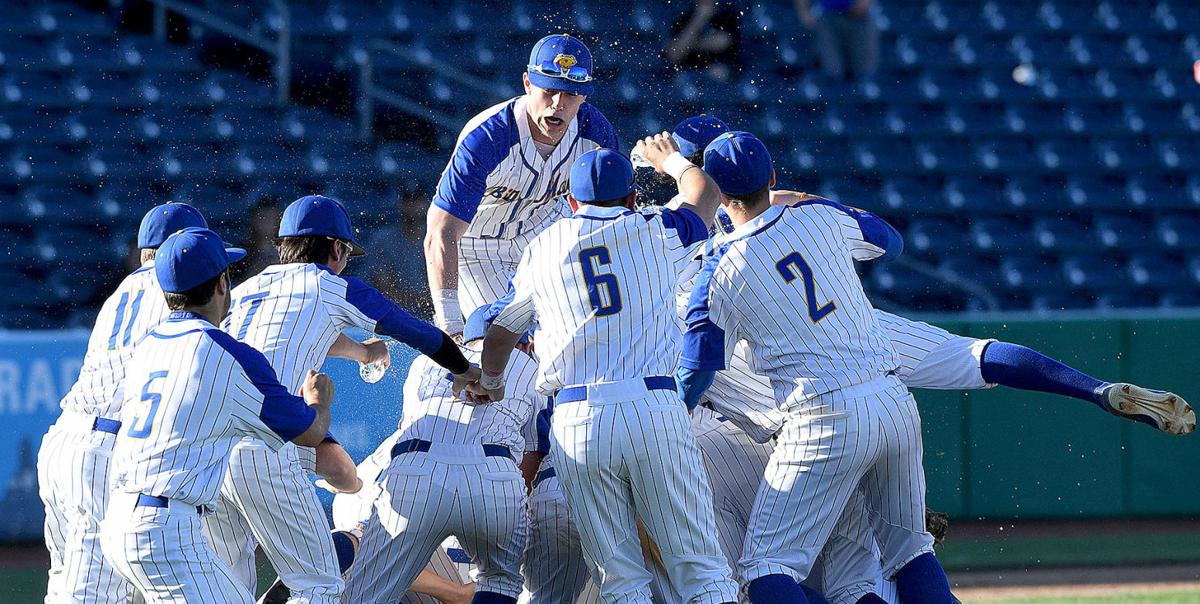 Canon-McMillan players dogpile near the pitcher’s mound after winning the PIAA Class 6A baseball championship at Penn State in June. 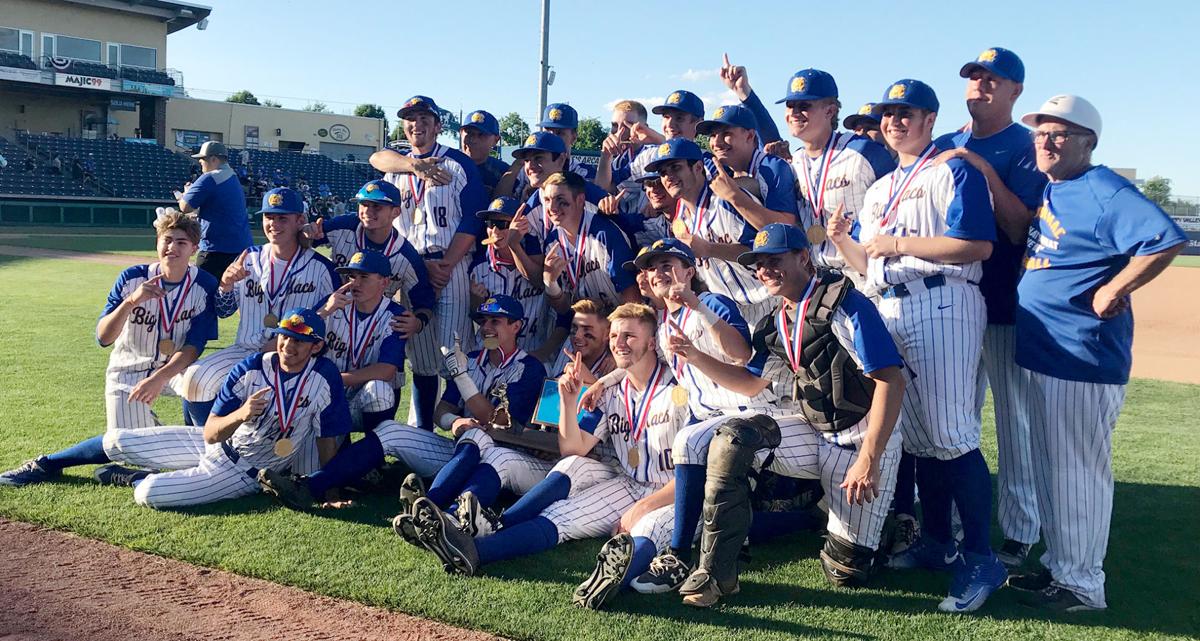 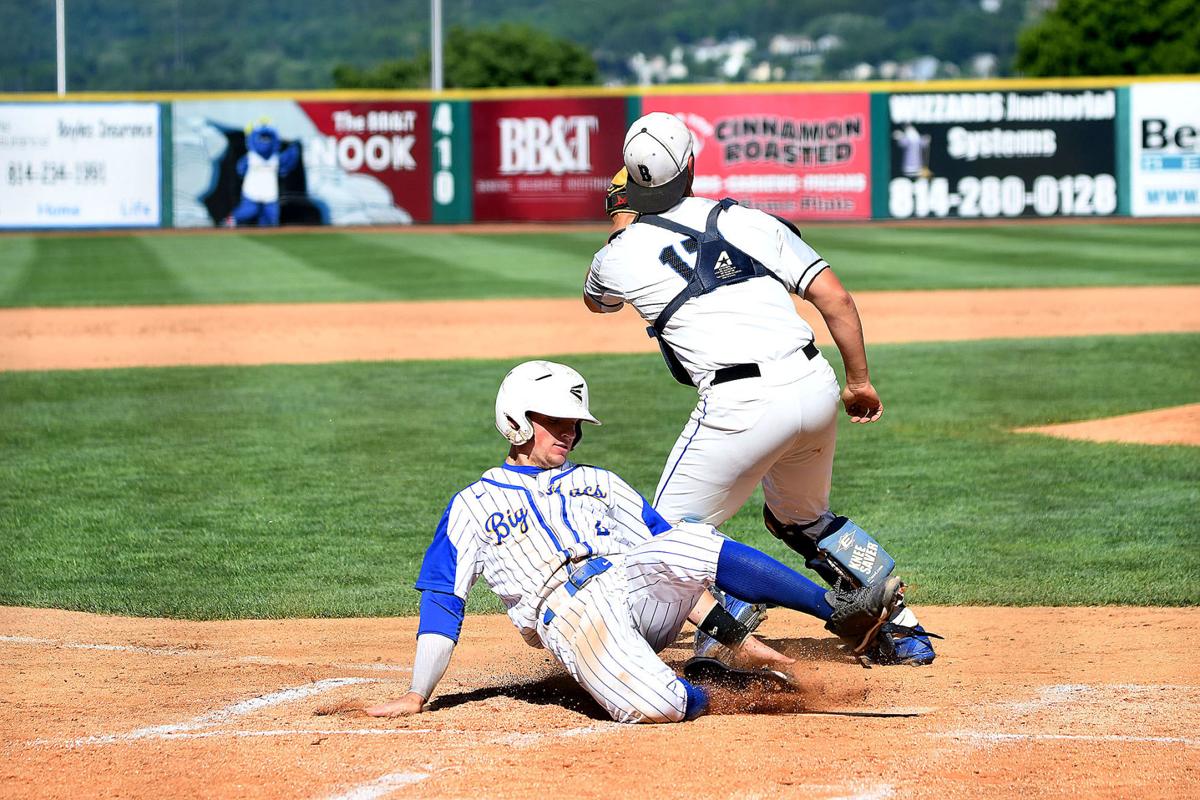 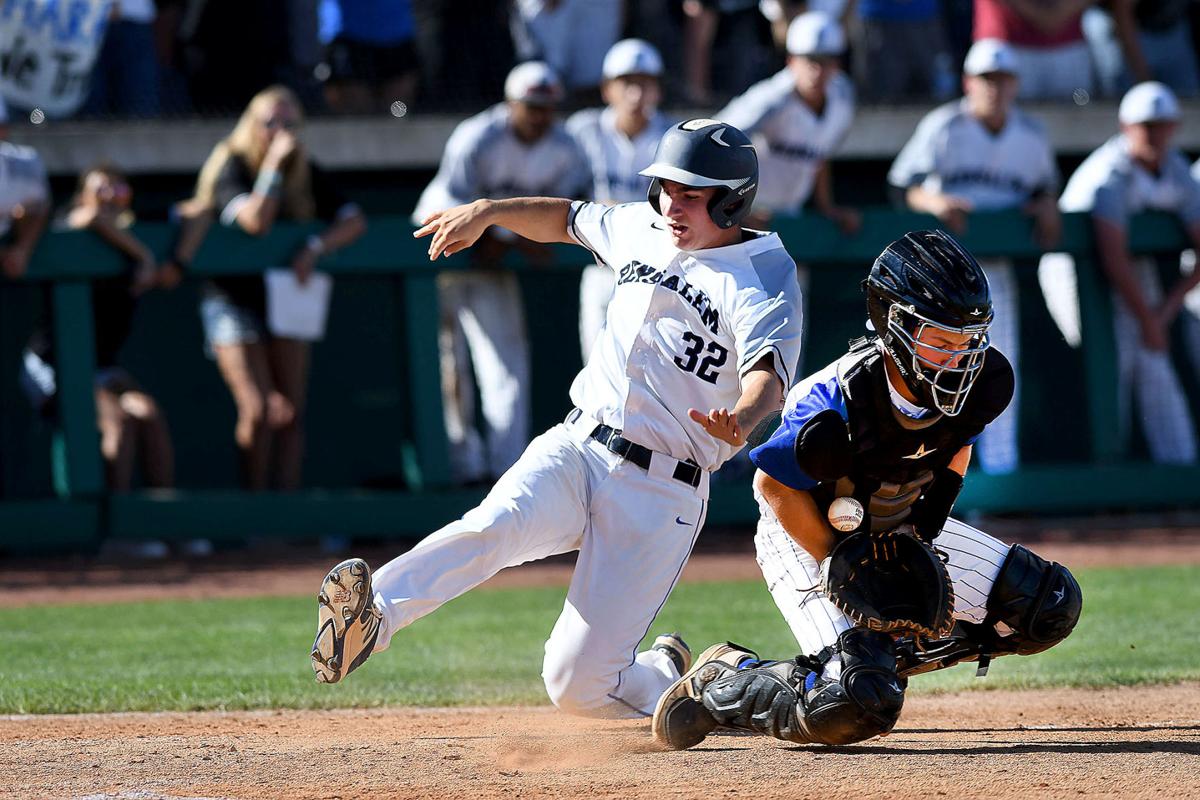 Canon-McMillan players dogpile near the pitcher’s mound after winning the PIAA Class 6A baseball championship at Penn State in June.

STATE COLLEGE – It was seven runs in the first two innings that won the Canon-McMillan High School baseball team a state championship in 2008.

Tied entering the bottom of the fifth inning, Canon-McMillan sent 12 batters to the plate, collected five hits and scored seven runs to pull away from and defeat Bensalem 10-3 in the PIAA Class 6A Championship game at Medlar Field at Lubrano Park.

The seven-run fifth inning started when Nick Serafino scored what would end up being the game-winning run on an infield single from Greyden Piechnick. Brandon Kline then drew a walk with the bases loaded and Cam Walker highlighted the uprising with a three-run double into the left-centerfield gap to give C-M an 8-3.

“This title means everything,” Walker said. “This is everything we worked for this entire year. We wanted this game in the beginning of the year. I got struck out my last at-bat and wasn’t going to let that happen again. (The pitcher) threw me one inside and I put it into the gap. The rest is history.”

Ian Hess and Serafino then later hit run-scoring singles in the inning to make it 10-3.

“We just got some clutch hits,” said C-M coach Tim Bruzdewicz “Sometimes things just happen and they sort of snowball. (Bensalem) just got struck at the wrong time and we just got hot. Our top five had carried us for a long time. Then in the playoffs, we started getting contributions from Nos. 6, 7, 8 and 9. Today, we got it from everybody.”

Canon-McMillan (21-5) opened the scoring during the bottom of the first inning with a pair of sacrifice flys. Kline scored on a Cam Weston flyout to shallow right field, then Serafino jumped on the first pitch to send it to deep center field, scoring Walker to give the Big Macs a 2-0 lead.

The Big Macs extended their lead to 3-0 in the second when Kline hit a line-drive, run-scoring single down the left-field line. Kline was 2-for-2 with two RBI and scored twice from his leadoff spot.

“My role being the leadoff hitter is to get on base and set the tone,” Kline said. “Any time I can get a hit, we feed off of that energy. All we wanted to do was give (Zach) Rohaley a lead because we feel when he has a lead the game is over. We have full confidence behind him and it came through today in the biggest game of our lives.”

But after extending the lead to three runs, Bensalem (23-4), the District 1 champion, answered with its first threatening inning in the fourth. Back-to-back singles to begin the frame led to a passed ball, wild pitch, a run-scoring double from Fighting Owls’ designated hitter Damon Lavender and an error from C-M that tied the game at 3-3.

It was the first time since C-M’s semifinal game against Pittsburgh Central Catholic that it surrendered three runs in a single inning.

“He couldn’t use the fastball because his groin was sore,” Bruzdewicz said about Rohaley. “The biggest thing today was his guts, determination and toughness. He is a leader. Anytime he has the ball, we feel like we’re the best team.”

Rohaley was strong through his six innings, only surrendering the three runs (two earned), striking out six and scattering six hits. He retired the side in order three times and only allowed Bensalem to send four to the plate in the first and second innings.

Weston then came on to pitch the seventh inning.

Eight different players had at least one hit for the Big Macs, including a pair from Ian Hess and Kline. Each of the first five hitters in the C-M batting order drove in at least one run.

“I’m just extremely excited for these kids,” Bruzdewicz said. “They love it. They deserve it. And they have worked so hard for it.”