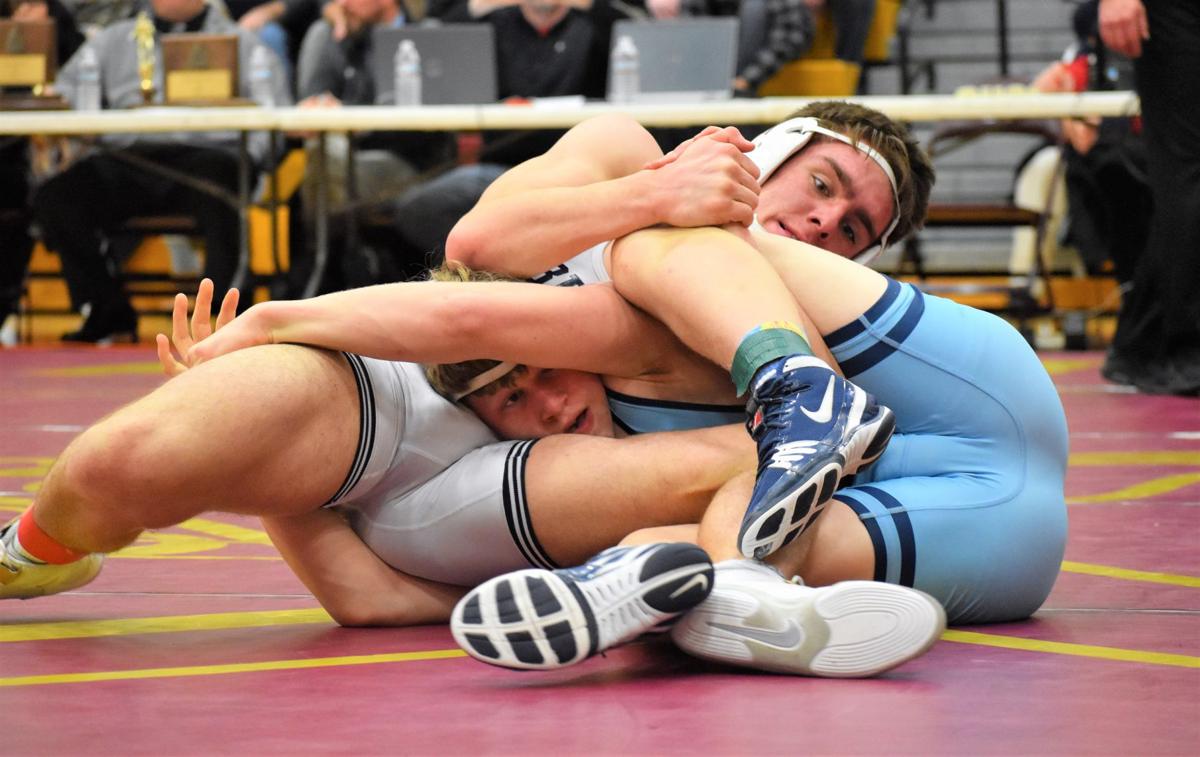 Burgettstown’s Turner Lehman, back, locks up with Burrell’s Cole Clark in the 182-pound bout in the WPIAL Class AA team wrestling final Saturday at Chartiers-Houston. 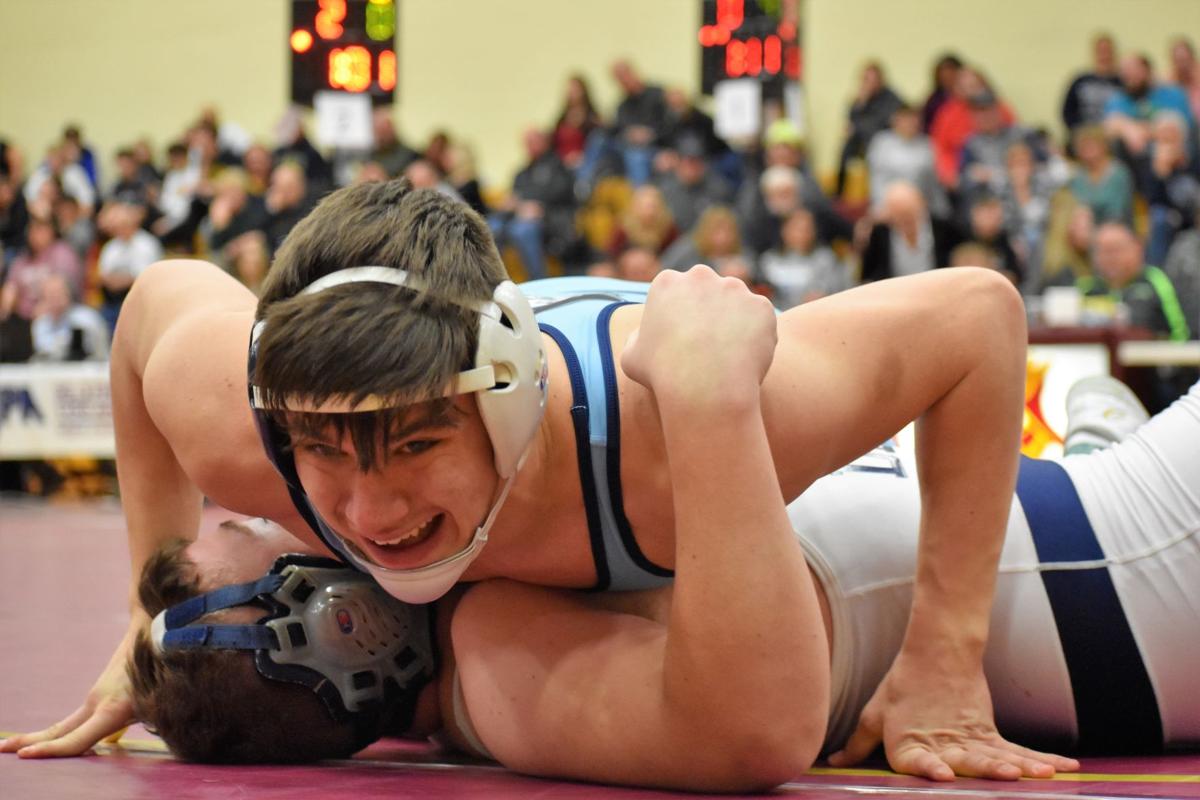 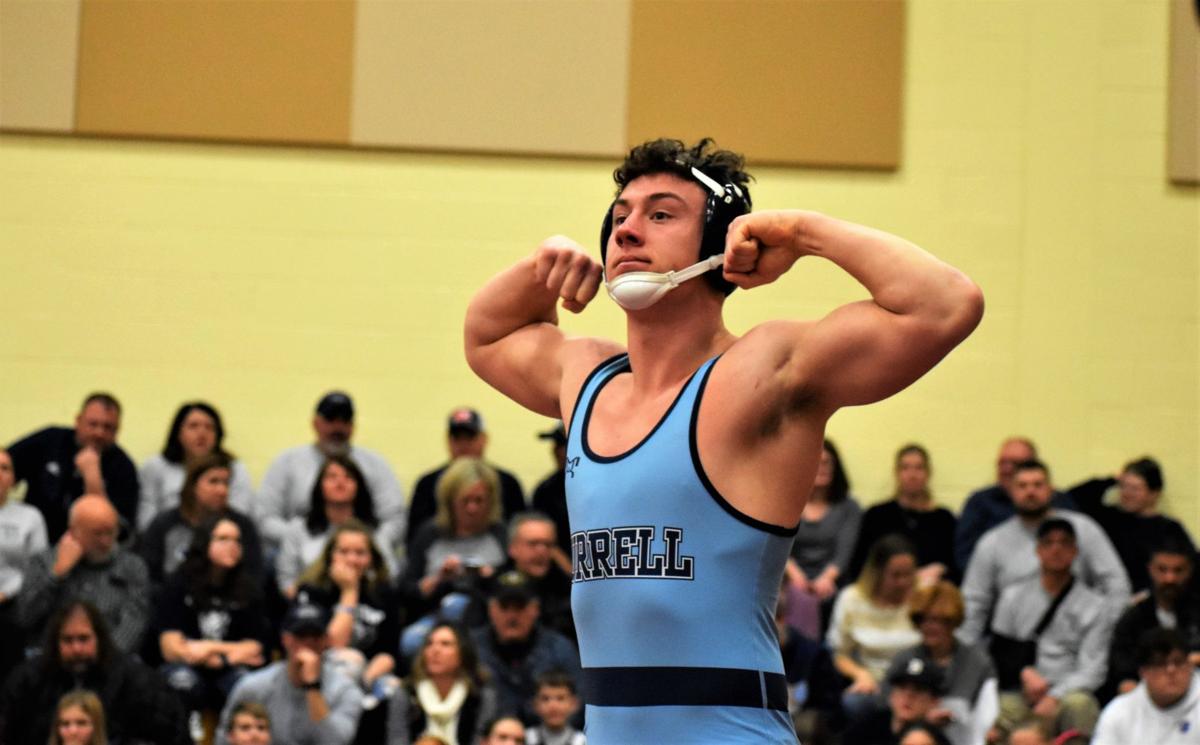 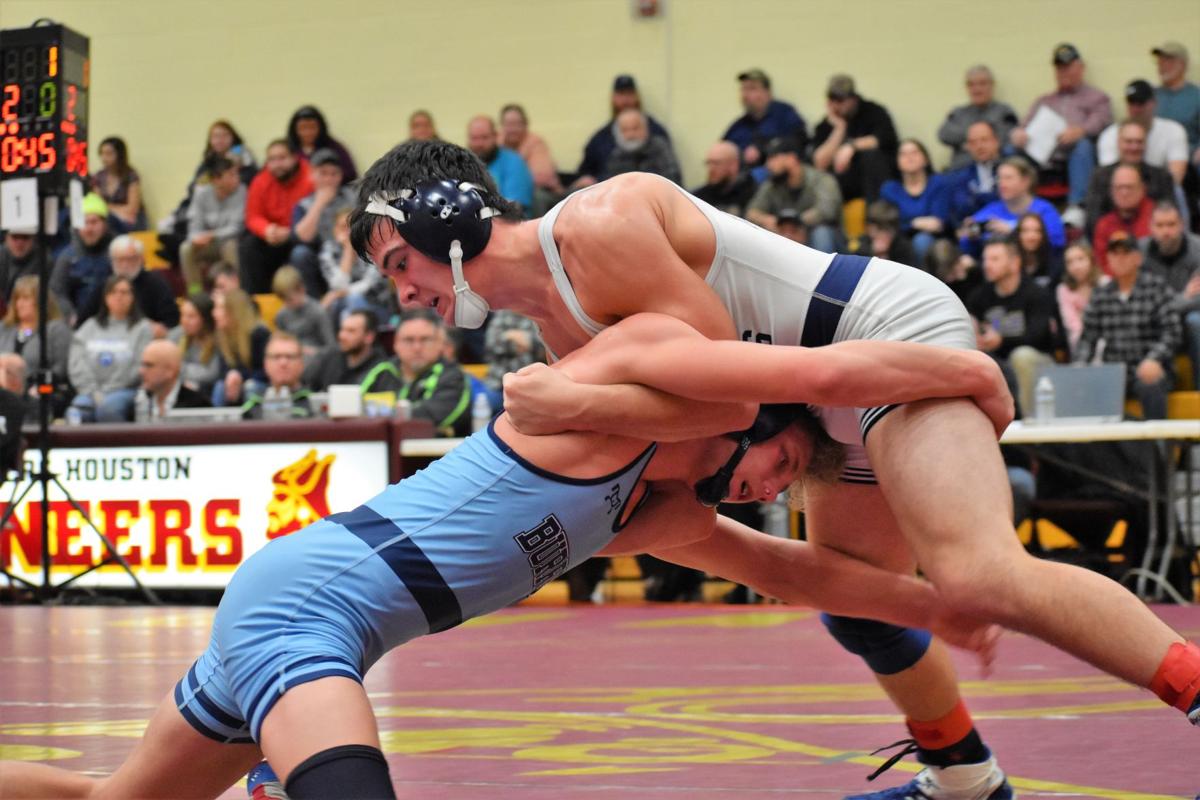 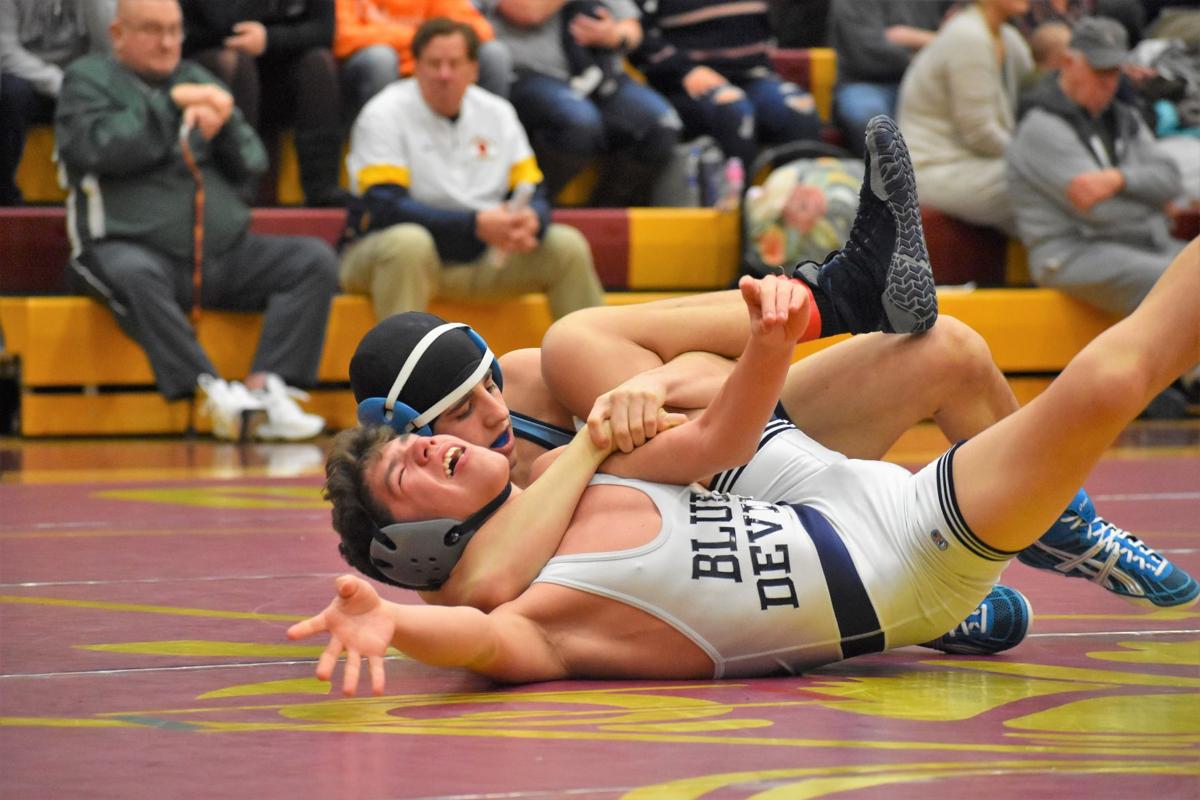 Burgettstown’s Turner Lehman, back, locks up with Burrell’s Cole Clark in the 182-pound bout in the WPIAL Class AA team wrestling final Saturday at Chartiers-Houston.

HOUSTON – Most of the Burgettstown wrestlers found themselves on the front row of chairs watching intently.

The majority had one of two expressions: shock or despondent. Neither were what the Blue Devils anticipated after making program history by punching a trip to Hershey an hour earlier.

Burgettstown first made history and then joined a 14-year-long list of extending history Saturday. After defeating McGuffey in the semifinals, 45-27, the Blue Devils ran into the district dynasty that is Burrell, which captured its 14th consecutive WPIAL Class AA team wrestling championship with a dominant 63-9 victory at Chartiers-Houston High School.

“Burrell is a whole different animal,” Burgettstown coach Joey Vigliotti said. “That’s a wrestling area. From a young age you are a wrestler. Those kids up there are born with wrestling shoes on.”

The Blue Devils quickly found that out.

Wasting little time, top-seeded Burrell won three of the first four bouts by first-period pins and then took a 36-0 lead before getting into the upper weights.

“With our experience here, and with their inexperience here, I knew if we went out and wrested well then we could be up 20- or 30-plus points,” Burrell coach Josh Shields said. “A team like (Burgettstown), which has talented and good kids throughout its lineup, hasn’t been in this environment. We have. Us coming out and dominating by being up 21-0 in the first 15 minutes didn’t help their confidence at all. We put it on them from there.”

That early lead was created by a Trent Valovchik pin in 1:17 over Burgettstown’s Hunter Guiddy at 126. Ian Oswalt (132) pinned Evan Koonse in 17 seconds and 138-pounder Logan Bechtold needed only 1:33 to win by fall over Anthony Lancos.

The lead widened all the way to 36-0 as Burrell continued its roll by winning the opening seven bouts. The Bucs took complete control in a showdown at 152 between Burrell’s Anthony Corrado and Burgettstown’s Shane Kemper. Kemper, who chose down to start the second period, couldn’t escape and was pinned at 3:29.

Burgettstown’s D.J. Slovick slowed down the bleeding when he earned a tough 2-0 decision over Dominic Holmes at 170. But what has turned into dependable upper weights for the Blue Devils never could get a rally started.

A takedown from Cole Clark in the final minute at 182 was enough to edge Turner Lehman, 8-7. Back-to-back pins for Burrell extended its lead all the way to 51-3.

The only other bout Burgettstown won was a forfeit in favor of heavyweight Riley Kemper.

“(The pressure) is there. It exists,” Shields said of Burrell continuing its dominance of winning 14 straight titles. “All we worry about is wrestling every match hard and getting better.

To advance to the finals and the state team tournament for the first time in school history, the Blue Devils prevented bonus points and won swing matches against McGuffey.

Leading 12-9, Burgettstown’s Jacob Noyes flipped Kyle Brookman for an unexpected pin at 138. An escape with 38 seconds left by the Blue Devils’ Ryan Green in the 145-pound bout prevented Rocco Ferraro from winning by major decision.

“Like I said, our kids were hungry,” Vigliotti said. “We ran a workout this morning before we got here and most of our kids were at our school even before I was. They were ready to go. They wanted it.”

The biggest swing in Burgettstown’s favor was at 182. Trailing 9-4 in the third period, Turner Lehman turned Rocco Falosk for a fall in 4:21 to extend the lead to 30-21. A decision by Falosk would have tied the match at 24-24.

“We had three matches that didn’t go our way that I thought we could win,” McGuffey coach Jared Roberts said. “Actually, in all three we were winning at one point then they went completely the other way. If we get those three wins it could have been a completely different outcome.”

The Highlanders lost to Quaker Valley, 52-27, in the consolation match, ending their team season.

Burgettstown will open the PIAA tournament Thursday at the Giant Center against District 5 champion Chestnut Ridge.

“We are getting there,” Vigliotti said. “This is a stepping stone. I’m proud of our kids. They have worked hard. They all gave the effort. I never base my opinion on wins and losses but on attitude and effort. On the first match it was there, but on the last one not so much. We accomplished our goal.”